A Time For Making 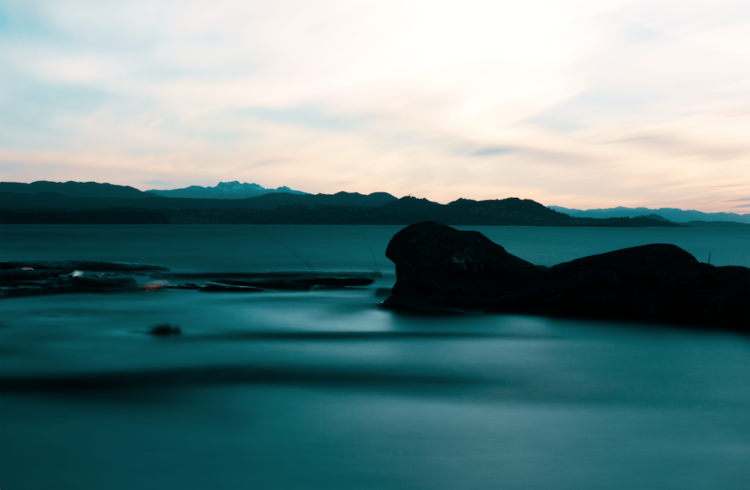 Gabriola Island – with its rocky ocean scenery, rich First Nations history and more than 70 known petroglyphs – has naturally attracted artists over the decades. Now dubbed ‘Isle of the Arts’, Gabriola and nine of its artisans are the subject of a new film: A Time For Making. We spoke to the film’s creators and producers, Phillip and April Vannini:
~
1. Tell us a little about A Time For Making:
Phillip: “A time for making” is meant to be an intimate look into the work and lives of nine BC artisans and the community in which they live. The film takes us into the homes, the workshops, and the studios where the nine artisans dedicate themselves to their craft. Regardless of their craft, the silversmiths, glassblowers, musical instrument maker, potter, weaver, baker, and woodworker portrayed in the film show us that making something with your hands is a deeply sensuous skill that is inspired by tradition and fueled by dedication. The film shows us that handmaking is more than work, it is truly a lifestyle.
~
2. What is your background + drive as a filmmaker?
Phillip: I don’t really think of myself as a filmmaker. I am an ethnographer. An ethnographer is someone who, following the tradition of immersive anthropological research, merely serves as a conduit for other people’s stories. The camera is a medium for their stories, their experiences, and their actions. I am just a witness to whatever stories people are willing to share through the medium of the camera.
~

~
3. What inspired you to make the film?
Phillip: As Canadians we don’t know enough about ourselves. Take the notion of “made in…” for example. We know what images “made in China” evokes, or what “made in Italy,” “made in France,” or “made in Japan” means, for example. But would we, Canadians, be so confident in describing what “made in Canada” means? And what about “made in BC? or “made on the West Coast?” April and I wanted to share what that stands for by asking nine BC makers what “made here” means to them and more specifically what made on Gabriola means to them.
~
4. Why Gabriola Island?
Phillip: April and I live on Gabriola. At first the idea was to focus on the Gulf Islands in general but the more we wrote the film in our heads the more we realized that focusing on one single community would show how making something is not a purely individual activity but a relational one. In making something we make ties with those around us. By focusing on one community, our community, we were better able to show all the ties that bind makers and consumers together. Moreover, Gabriola is reputed to have one of the highest concentration of individuals who draw their income from creative work. In fewer words, Gabriola the so-called “Isle of the Arts” is one of our country’s most creative communities and it has a very unique story to share with the rest of the world.
~ 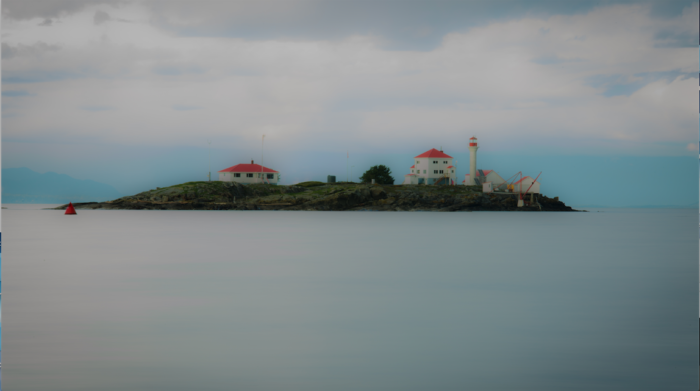 ~
5. How did you choose the artisans featured in A Time For Making?
April: Gabriola Island is full of artists and artisans so selecting artists was not an easy task. We wanted to show, and learn from, a variety of artisans that utilize different sets of skills, techniques, and tools to master their craft of making. We also looked for a diversity of makers with regards to age and gender. Finally we sought out artisans we thought could tell an interesting story about their practice and how that connects to the place where they live and create.
~
6. What are some insights you gleaned about a life of making after meeting these artisans and touring their studios?
Phillip: Making is a lifestyle. On our little island artisanship is part of a shared way of life. The artisans in the film teach us that making is not something you do for the money, but rather for the sheer pleasure of living a life fueled by creativity, dedication, and passion. In a small island community like ours, where life is lived more slowly, the lifestyle of makers is deeply shaped by the rhythms of the seasons and the community. April: At the same time we also came away with understanding a particular lifestyle is a practice that we can all consciously make. Creating and making doesn’t just have to happen in a small island community. It really can happen any where and be taken up by anyone.
~ 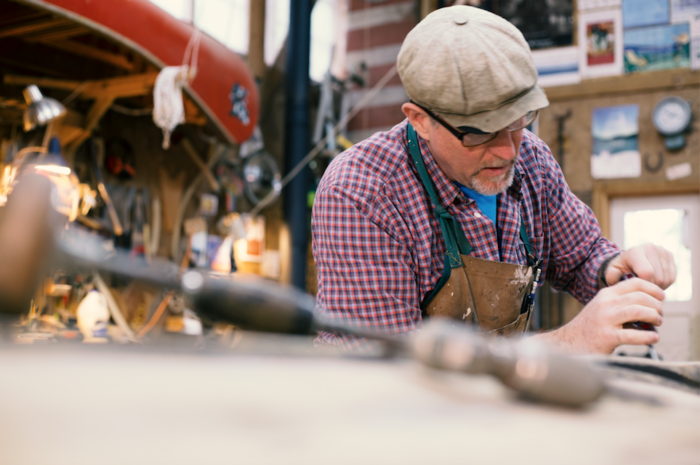 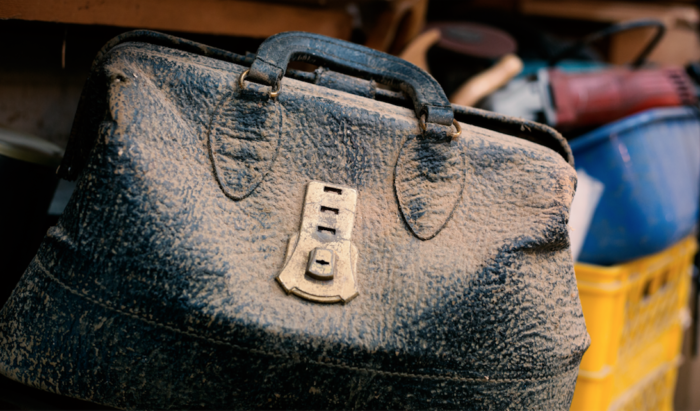 ~
~
7. What are a couple of things that surprised you as you spoke to these artisans?
Phillip: To me the idea of experiencing surprise, in the context of doing research, denotes that one goes into the field with certain expectations, and when those are violated one experiences surprise. I try to have the most open mind, and have no expectations. That’s why, for example, the film was shot without any kind of script. What I did perceive was rather a feeling of astonishment at how incredibly reflexive artisans were. The conversations on camera were constantly and invariably profoundly insightful and they can teach us a lot about the philosophy of making, craft, and artisanship.
~
8. Along with buying their products, what can Canada/Canadians do to support local artisans?
Phillip: Learn a craft, learn to make something yourself. And once you have, teach others. One of the points the film stresses is the importance of arts education. As you acquire and develop a craft you gain a much greater appreciation of the skills and time it requires. The other thing that the film shows is that artisans benefit from a support network. For example, on Gabriola Island yearly events like the Thanksgiving studio tour give everyone a chance to witness first hand artisans at work in their studios and workshops. Similar events can be very beneficial for giving artisans the public exposure they deserve. April: Or the annual Isle of the Arts Festival which provides two weeks of workshops and events where the community can learn a new craft or skill. Gabriola Islanders are not only buying each others products but learning and acquiring new skills from each other. We are positive this happens in other places too. As a society we should seek out those opportunities in all communities whether it’s a small island community, a neighbourhood in a large metropolitan city, or a rural hamlet.
~ 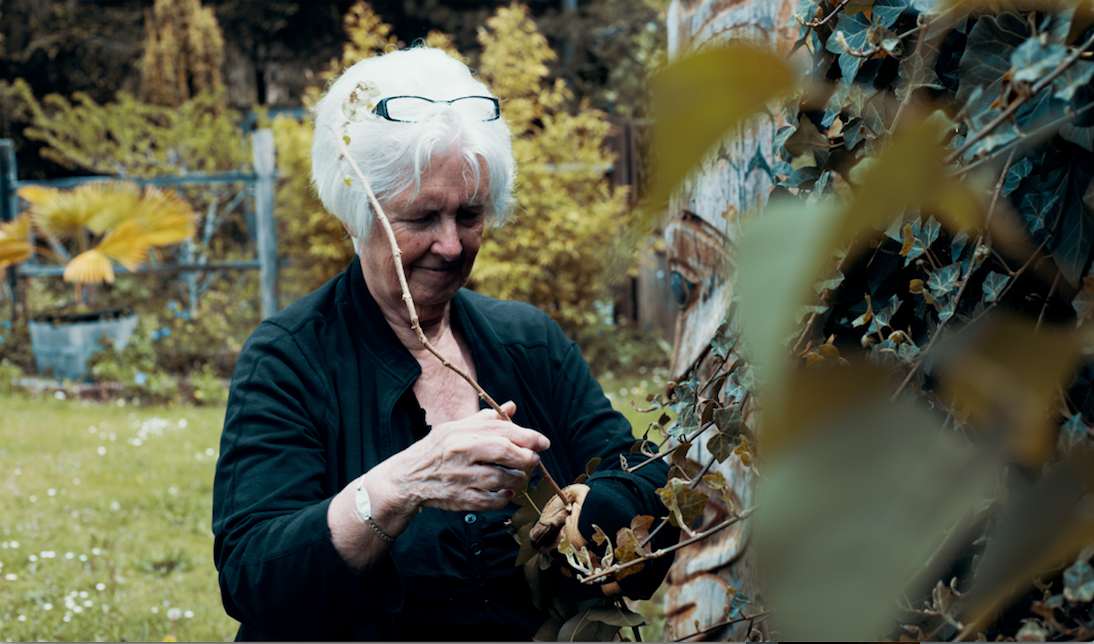 ~
9. When and where will A Time For Making be coming out?
Phillip: It will be in the international film festival circuit for the next few months. By the end of the year it is bound to be released to the public through video on demand–like iTunes, Amazon, Google Play, Vimeo and similar platforms.

~
10. What is your next film project?
April: Phillip and I are at the intermediate stage of a five year project that is taking us to 24 UNESCO (United Nations Education, and Scientific and Cultural Organization) World Heritage Natural Sites, including 10 in Canada, exploring how wild natures are made, protected and experienced. UNESCO sites are defined as having superlative natural phenomena, exceptional natural beauty and aesthetic importance  Some people might suggest these sites are the most pristine, wild, or purely natural places remaining on our planet. Others might say that by naming these places natural or wild we are simply ignoring the peoples and cultures that make them so special. The term wild and wildness is at the heart of this project and we really are just trying to unravel what that really means. What does it mean when you call something wild or has a quality of wildness? We are in production stage right now with the final outcome being two books and two films.
~ 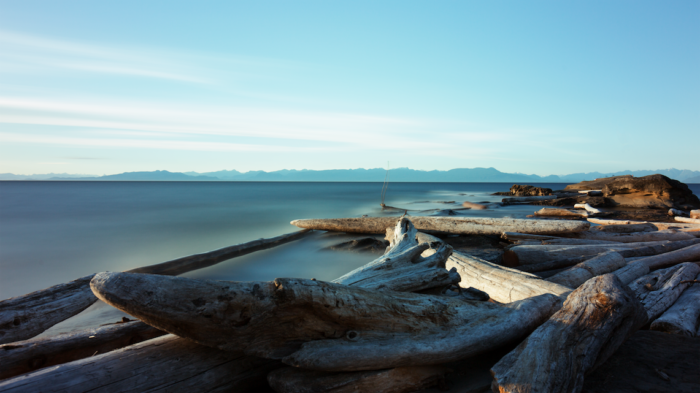 ~
A Time For Making Trailer
~
www.creatorsvancouver.com

A Time For Making