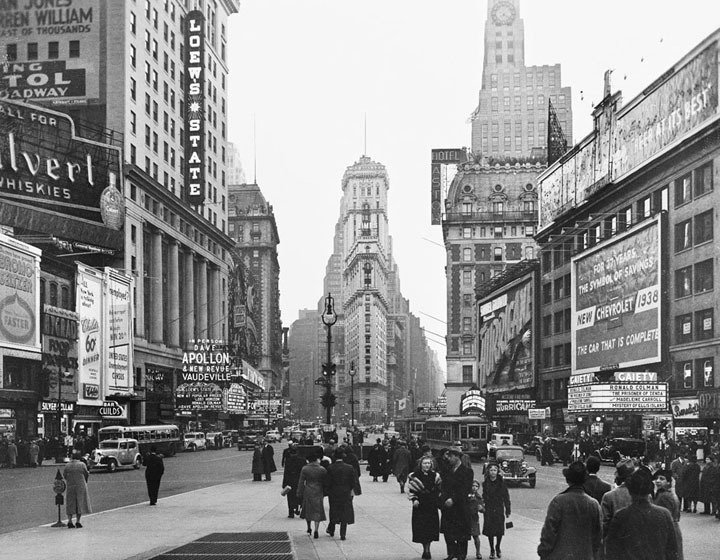 In the 1930’s, New York was deep into The Depression. Artists and owners in the Theatre District were hard-hit. 42nd Street, the 1933 film, took us into those difficult times as it followed the backstage drama behind Pretty Lady, a new Broadway show. We met newcomer Peggy Sawyer, who had just thirty six hours to learn ten new dance numbers, six songs and twenty-five pages of dialogue.

42nd Street – which earned Academy Award nominations for Best Picture and Sound – featured Ruby Keeler as Peggy Sawyer. Ginger Rogers had a smaller role as Ann Lowell. The film was based on a book by Bradford Ropes and directed by Lloyd Bacon.  42nd Street got audiences excited about movie musicals again, thanks to music by Harry Warren, lyrics by Al Dubin and choreography by Busby Berkeley.

In 1980, Producer David Merrick brought 42nd Street to Broadway, based on a book by Michael Stewart and Mark Bramble and directed by the seriously ill Gower Champion. After the ecstatic ovations of opening night, Merrick delivered the heartbreaking news: Gower Champion had died that afternoon.

Now, 42nd Street has come to Vancouver’s 49th Avenue in a new production by the Studio 58 program at Langara College. This production is directed by Barbara Tomasic, with Musical Direction by Chris King and choreography by Julie Tomaino.

Director Tomasic says: “The play tells the story of a group of theatre people who have lost their money, their jobs and are counting on Pretty Lady, a new musical show, to restore their hope.

Peggy Sawyer re-ignites the hope of the characters in 42nd Street, but ultimately, in the end it is the pulling together of the entire company that changes their course. This happens every day in the theatre, and in our production we will shine the light on the backstage world and how much passion, dedication and teamwork goes into making theatre.”