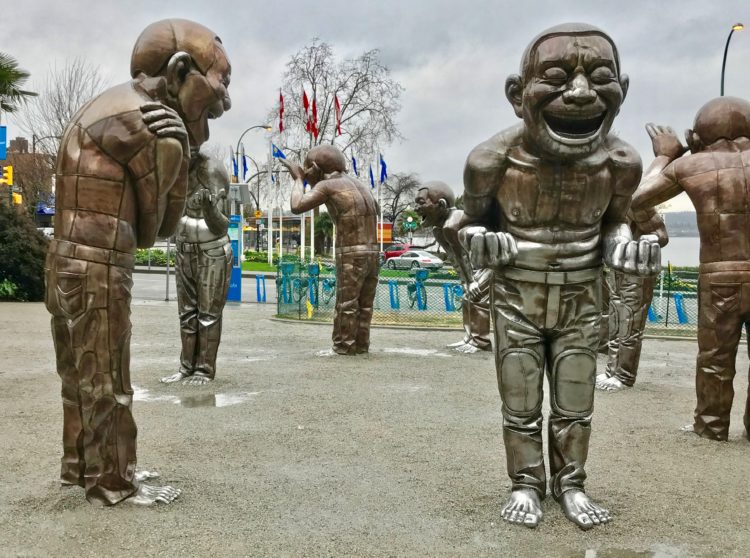 “ A smile doesn’t necessarily mean happiness. It could be something else.” So says artist Yue Minjun, known for his paintings of men bending under the weight of their laughter.

The man who is so artfully captured closing his eyes with pained glee is Mr. Yue himself. As he told the New York Times: “I’m not laughing at anybody else, because once you laugh at others, you’ll run into trouble, and can create obstacles. This is the way to do it if you want to make a parody of the things that are behind the image.”

Born 1962 in Daqing and raised in Beijing, Yue has worked as an electrician and in deep-sea drilling. His art – described by many as Cynical Realism – takes on issues of state politics, control and emotional suppression. You’ll find Yue’s paintings in museum collections across the world, including San Francisco MOMA and the Denver Art Museum. 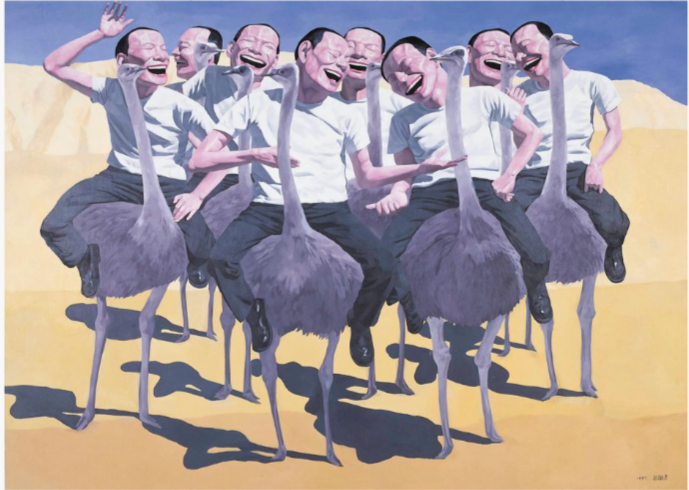 •••
In 2007, one of his paintings, The Execution, was sold by the original owner for $5.9 million US, breaking the record for contemporary Chinese painting. 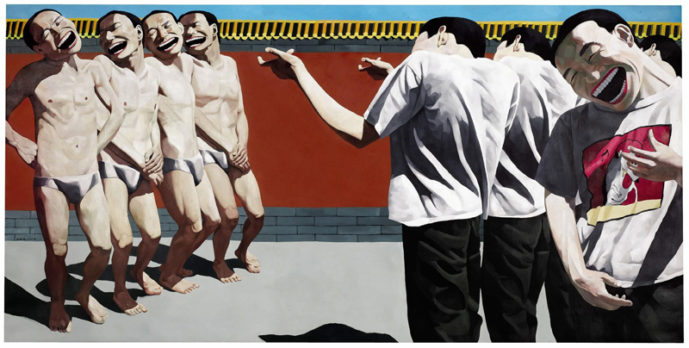 Here in Vancouver, Mr. Yue’s work is on display at Morton Park, across from English Bay and on the way to Stanley Park. His A-maze-ing Laughter sculpture was installed as part of Vancouver’s Public Art program.

A-maze-ing Laughter first appeared here during the 2009-2011 Vancouver Biennale, curated by Shengtian Zheng. The fourteen bronzes quickly became a lure for visitors who, as they wound through the maze of men, reacted with curiosity, concern and humour. The laughing men have been incorporated into protests, Olympic photo shoots, weddings and musical performances. 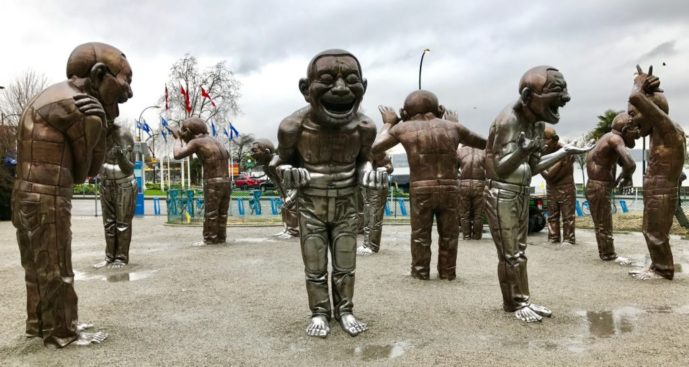 •••
When it came time for the sculpture to be removed at the end of the Biennale, people raised a fuss. They wanted the men to stay. But, the $5 million US was too steep for the Biennale to take on as a legacy gift. Touched by the strong city interest, Mr. Yue lowered the price to $1.5 million and Lululemon’s Chip and Shannon Wilson stepped in with a donation.

“I feel honoured and happy to have my work displayed in Vancouver,” said Yue Minjun. “I seem to have seen your smiling faces in my heart.”