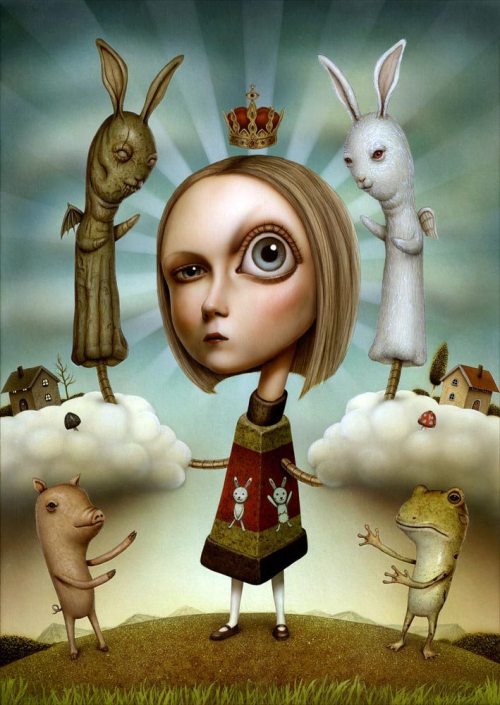 Actually, Alice in Wonderland Day is not until July 4th: 158 years after author Lewis Carroll  – born Charles Lutwidge Dodgson – first narrated the full story for young Alice Liddell. But, all bets are off in Quarantine 2020, so we’re celebrating early.

Soon her eye fell on a little glass box that was lying under the table: she opened it and found in it a very small cake, on which the words “EAT ME” were beautifully marked in currants. “Well, I’ll eat it,” said Alice, “and if it makes me grow larger, I can reach the key; and if it makes me grow smaller, I can creep under the door: so either way I’ll get into the garden, and I don’t care which happens!”

She ate a little bit and said anxiously to herself, “Which way? Which way?” holding her hand on the top of her head to feel which way she was growing; and she was quite surprised to find that she remained the same size. So she set to work and very soon finished off the cake.

It won’t take you long to see the Alice in Wonderland influences in Sarah Burton’s collection for Alexander McQueen at London Fashion Week 2016. Fittingly, it was the first time in over ten years that the collection launched in London – McQueen’s hometown – rather than Paris. The collection, Burton explained, was “all about nighttime and dreams.”

Choreographer Christopher Wheeldon and composer Joby Talbot have been much praised for their Alice’s Adventures in Wonderland ballet, a co-production of London’s Royal Ballet and the National Ballet of Canada, who most recently performed Wheeldon’s Alice in 2019.

“I grew up listening to a tape of Alice in Wonderland that I was given one Christmas, a childhood thing to get me to sleep,” Wheeldon explained in an interview with London’s Daily Telegraph. “Of all people, it was Kenneth Williams reading it – not exactly the dulcet tones to send your child off! I loved the characters, and came to love the mysteries and mathematical problems and wordplay that are locked in to the literature. It was the vividness of the book’s characters, and the way they all lend themselves to being communicated through movement – it’s a very physical story.”

In 1969, Maecenas Press-Random House commissioned Dali to bring his surrealist eye to the surrealist tale of Miss Alice in Wonderland. This rare edition featured 12 Dali heliogravures and a frontispiece. 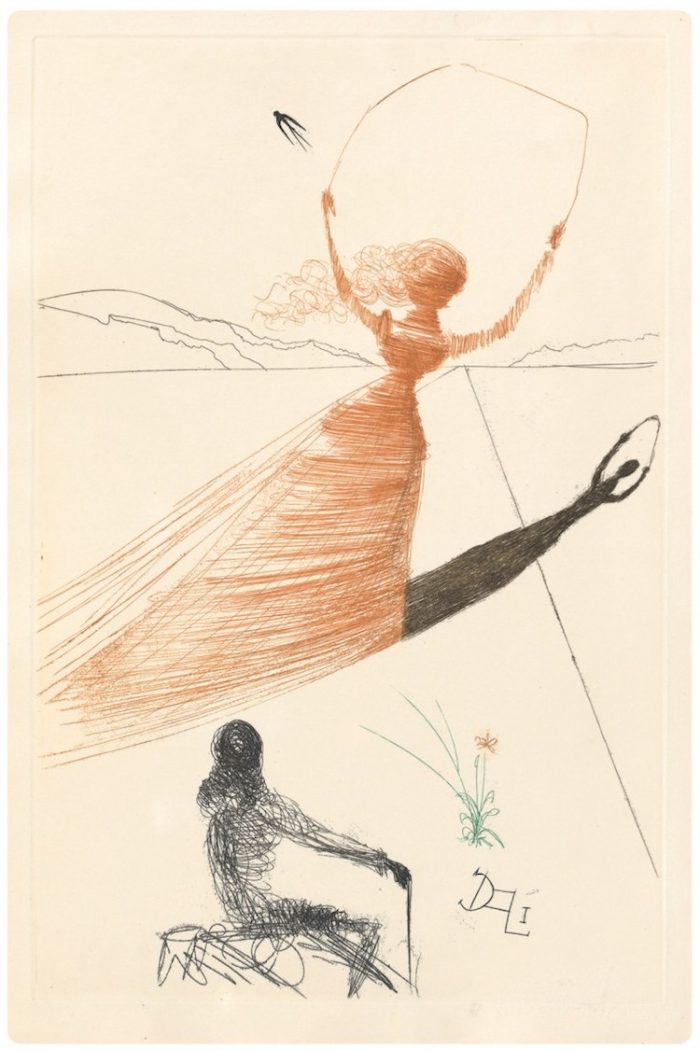 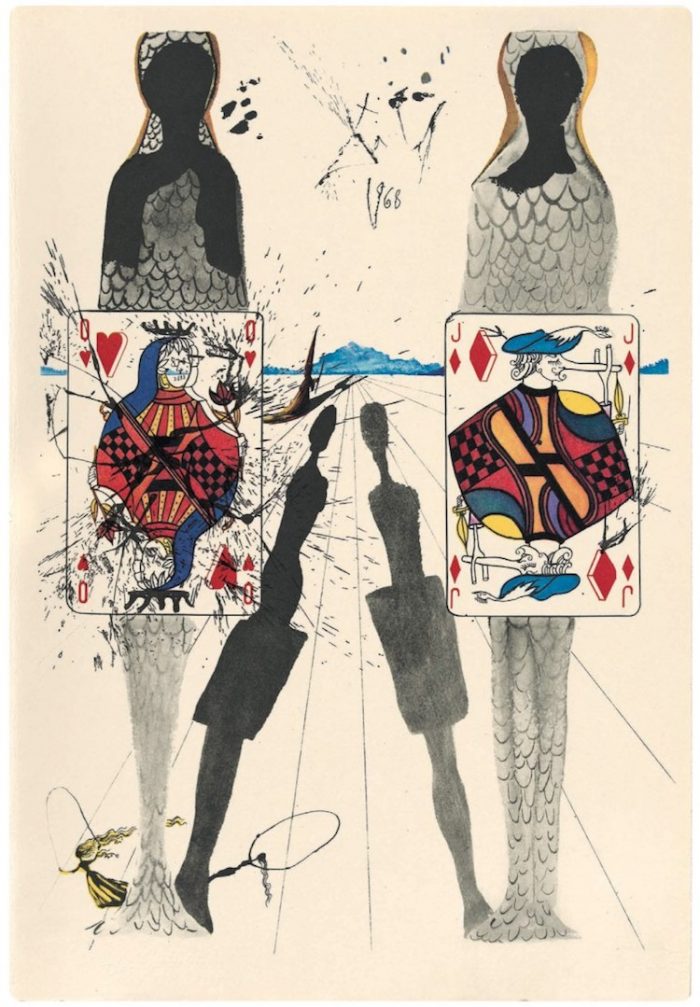 Advice From A Caterpillar 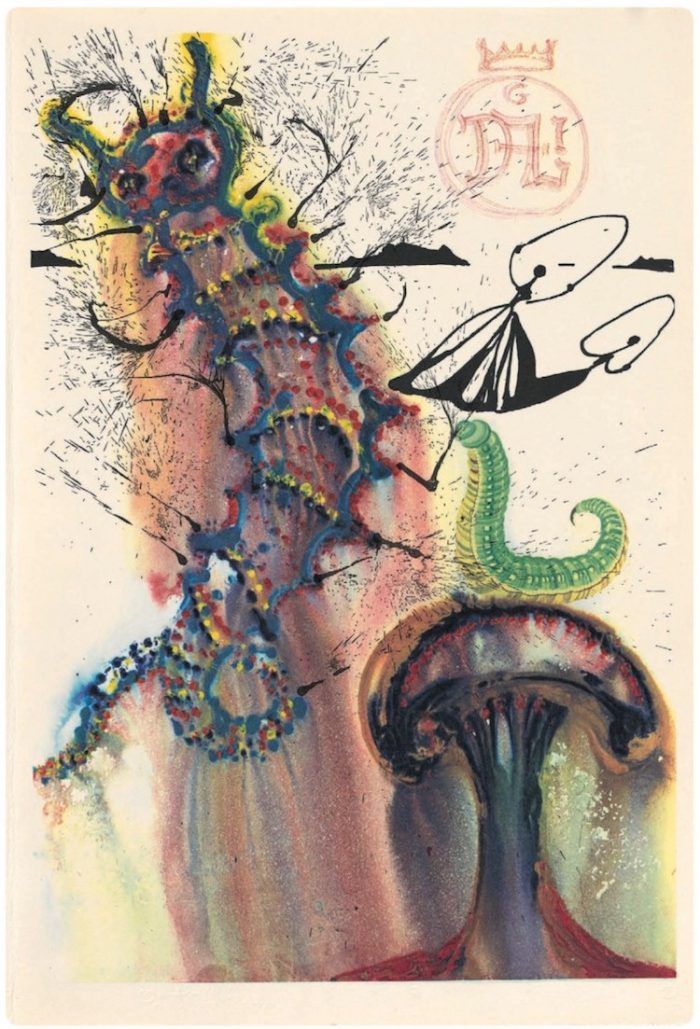 The Rabbit Sends In A Little Bill 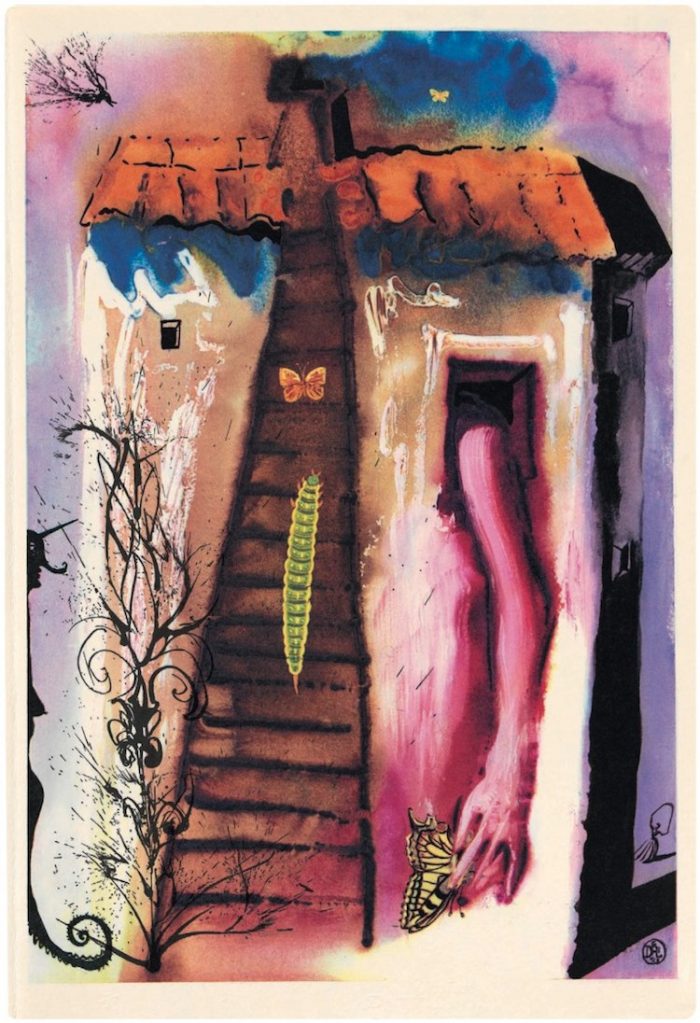 Here’s Yolanda Gampp – award-winning Canadian baker and You Tuber with more than 4 million followers – showing us how how to make a suitable cake for Alice’s next tea party.

“Off with her head!” the Queen shouted at the top of her voice. Nobody moved. “Who cares for you?” said Alice (she had grown to her full size by this time). “You’re nothing but a pack of cards!”

At this, the whole pack rose up in the air and came flying down upon her; she gave a little scream, half of fright and half of anger, and tried to beat them off, and found herself lying on the bank, with her head in the lap of her sister, who was gently brushing away some dead leaves that had fluttered down from the trees upon her face.

“Wake up, Alice dear!” said her sister. “Why, what a long sleep you’ve had!” “Oh, I’ve had such a curious dream!” said Alice. And she told her sister, as well as she could remember them, all these strange adventures of hers that you have just been reading about. Alice got up and ran off, thinking while she ran, as well she might, what a wonderful dream it had been.

Happy (T Minus 76 days to) Alice in Wonderland Day!