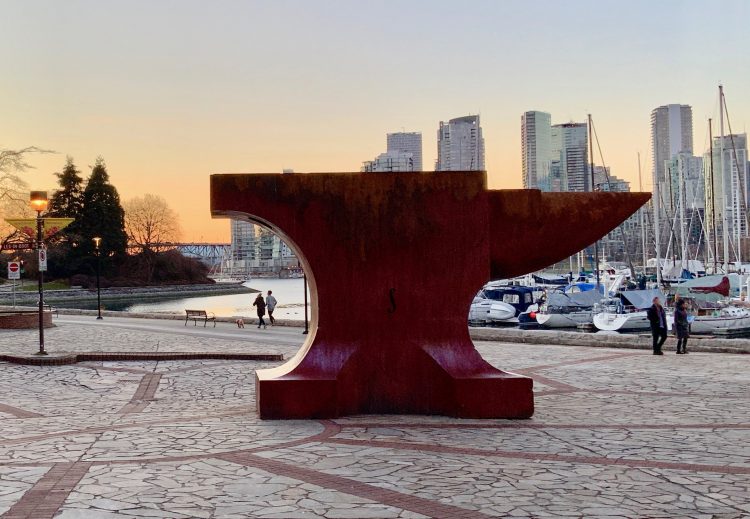 We’re lucky. We get to see an anvil – Maskull Lasserre’s Acoustic Anvil (A Small Weight to Forge The Sea) – when we visit False Creek’s Leg-in-Boot Square.

Our predecessors weren’t so lucky. In the late 1800s, visitors to the square, then home to a police station, would have found a leg. A severed leg, sticking out of a boot. Stories vary as to how the leg got detached from its owner, but most agree that the police left it out in the cold salt air for someone to claim.

After two weeks, the unclaimed leg was removed, but its legacy remains.

Now, as part of the 2018-2020 Vancouver Biennale, Lasserre has created a much less grisly reason to stop at Leg-in-Boot Square.  This internationally collected artist – whose work has been exhibited from Banksy’s Dismaland to the Montreal Museum of Fine Arts – has built a 13 by 25 by 9 foot anvil from steel, a nod to the area’s industrial, metal-forging past. But, this modern sculpture has solar panels and hidden electronics. 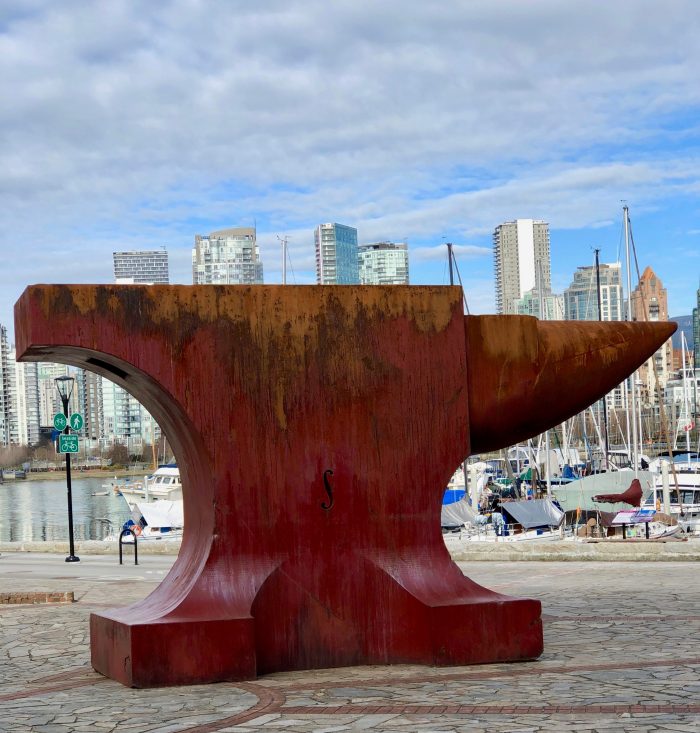 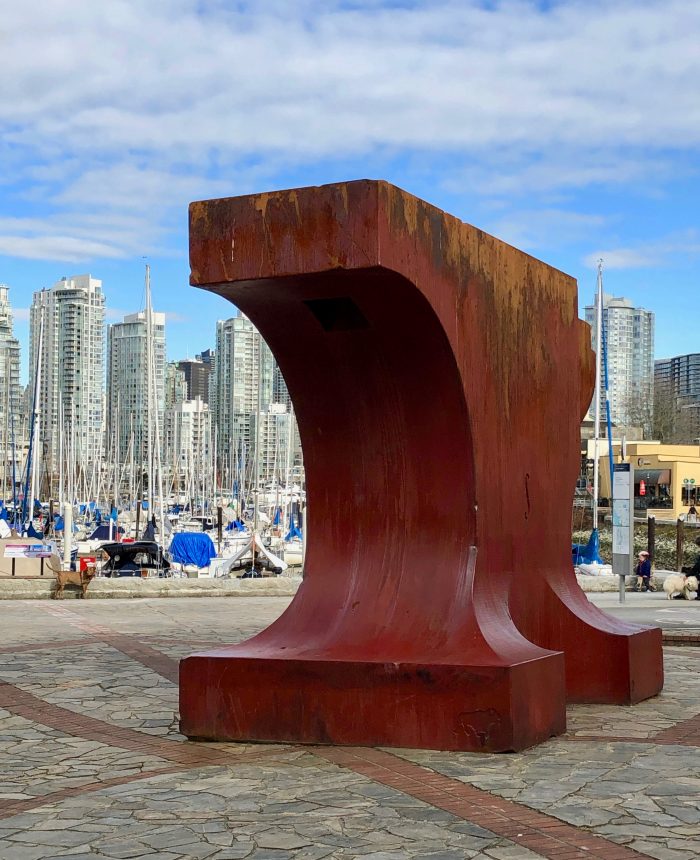 “In the middle of the piece is a sound-hole,” Lasserre tells CBC. “It’s based on an f-hole of a violin or a cello or viola. And from inside this channel comes the sound of the ocean.”