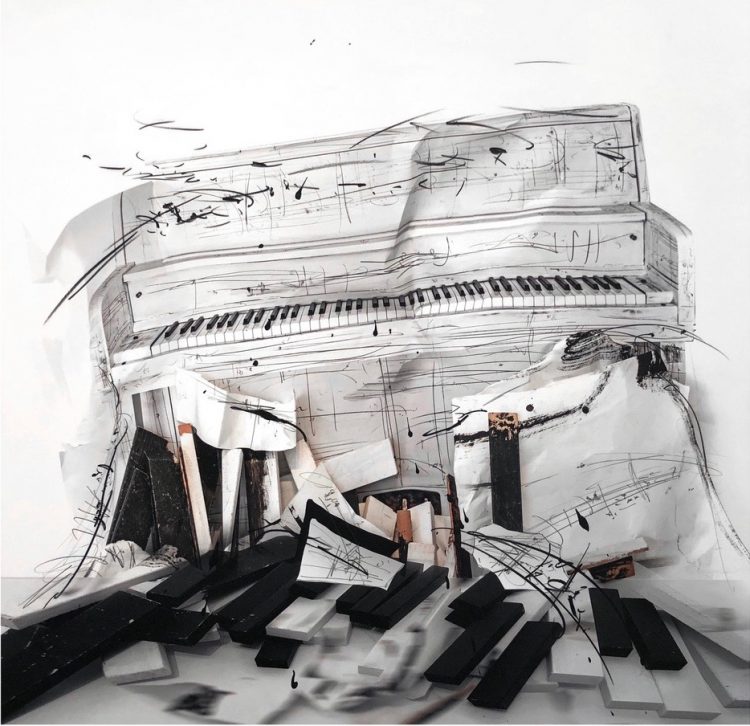 We were excited to stumble into notice of Andre Petterson’s wonderful new work, on exhibit at Foster White Gallery in Seattle from May 2nd to 25th. We asked the much-traveled, ever eloquent Vancouver artist to tell us a little about this striking new series of paintings. 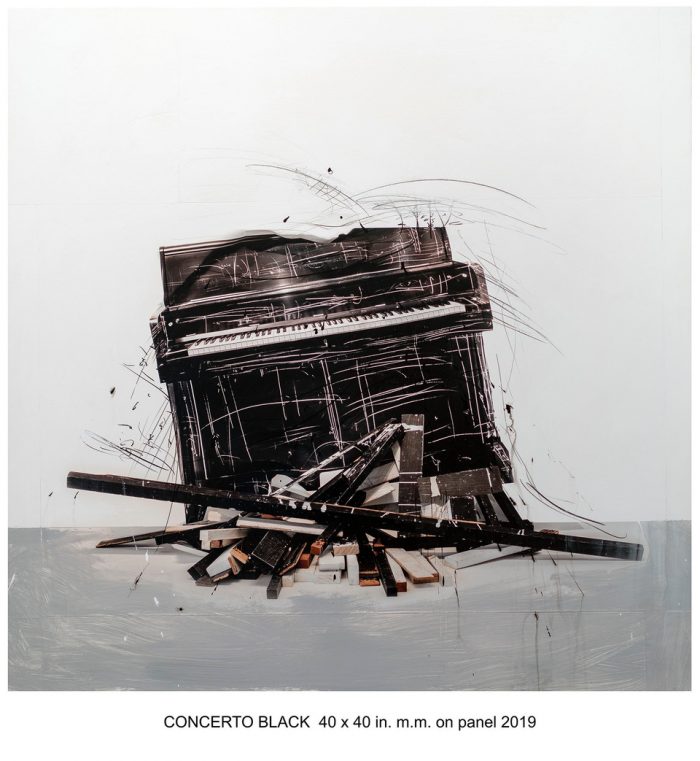 “On a recent trip which included a stop in Shanghai, I was reminded of something that has been fascinating me for a long time: the randomness that comes from an otherwise ordered civilization.

I was walking down the very long and very upscale Nanjing Road and I noticed that many of the side streets were not upscale but, in fact, life as it was, years ago. These streets, many, not all, have become gated communities that resemble village life. The buildings are humble and 2 or 3 stories tall; there’s laundry hanging from racks accessible through small windows. Unlocked bicycles leaning by buildings, a man playing a board game, uninterested in my passing by, kids playing. These streets are 2 or 3 blocks long, some with arteries.

As I approached the end of one street, I turned to walk back, looked up and realized that the backdrop of all of this working nostalgia was a collection of very tall, glass and steel, modern architecture.” 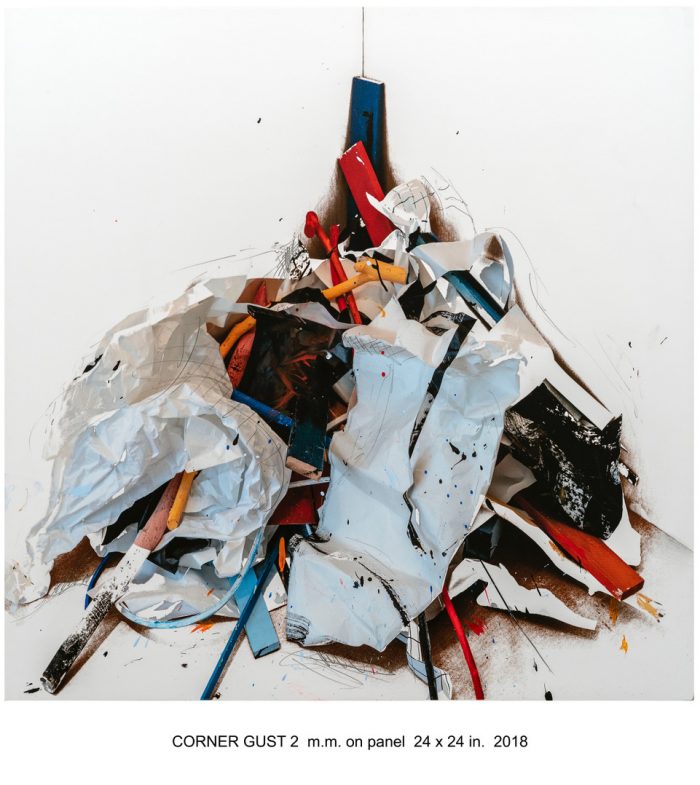 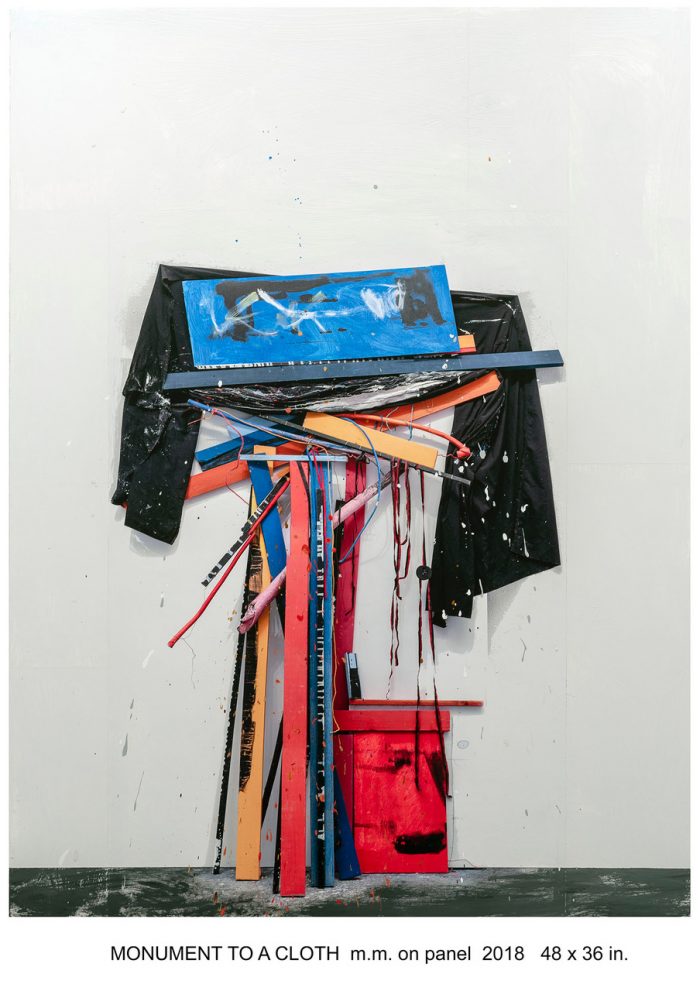 “The intriguing thing here is the random order of it all. There was no connection between what has been there for many years and what has become contemporary life, all within eyeshot.

The lives of the people who live in the village is vastly different from those just outside the gate, a few meters away. The non planned plan. Things that don’t belong, become the norm. The ordered disorder.

A motorcycle is covered with a tarp, a bunched up pile of plastic sits atop what looks like a set of wheels, a neatly stacked pile of rolled up plastic things on an old cart. Some colourful stacked up rubbish in a corner. These are random images to which I have been increasingly intrigued.” 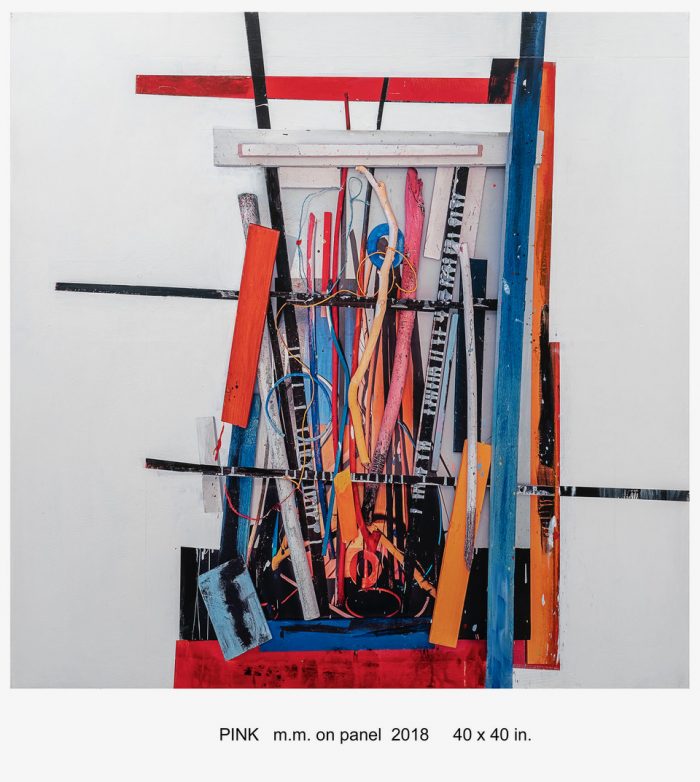 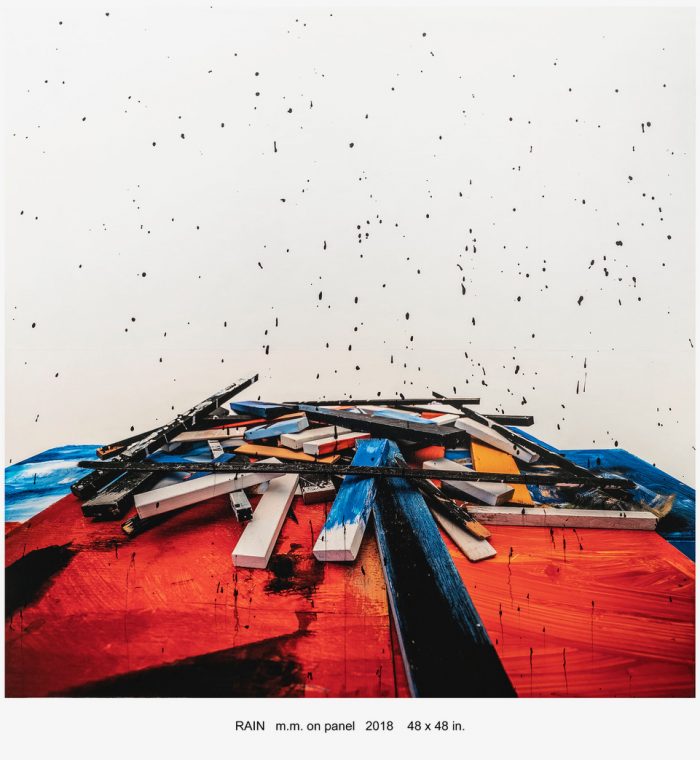 “In this series, I’m recreating, in a way, that which has been discarded. A pile of construction debris, an old box of stuff, left by the side of the road, a neatly stacked bunch of wood in an alley. I find that when I replicate, by cutting sticks, stacking wood bits and painting them or arranging them, they become almost precious. It’s an interesting transformation.

When I light and photograph the assemblages and mount, paint and alter them, they take on a whole new meaning. I hope that the essence of their aforementioned past is still somewhat there, as perhaps a ghost of what has become random design.” 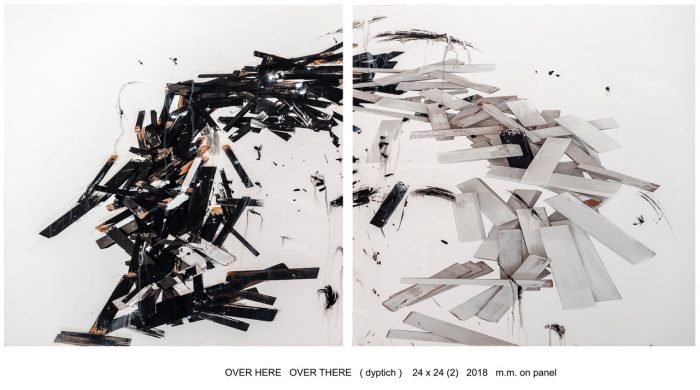 Illusion, I suppose, is one reason that this piece is of interest. If you were to hang a real sheet of plywood and a photograph of a sheet of plywood next to the one painted to look like plywood, you would have three images that looked identical, provided that the technical elements were there and they were all the same dimensions.

The point is, all three panels make the same statement, regardless of the process.” 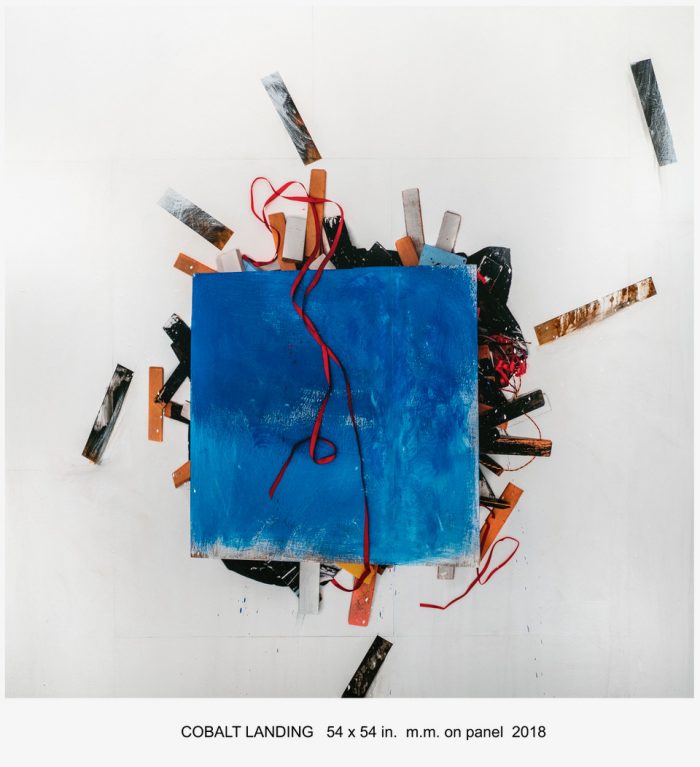 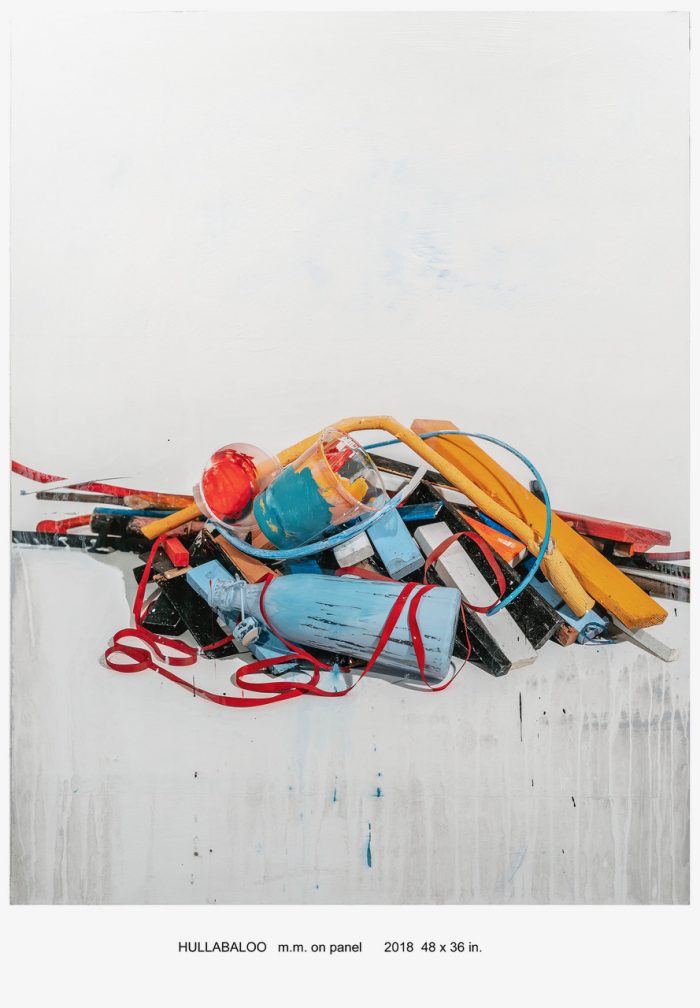