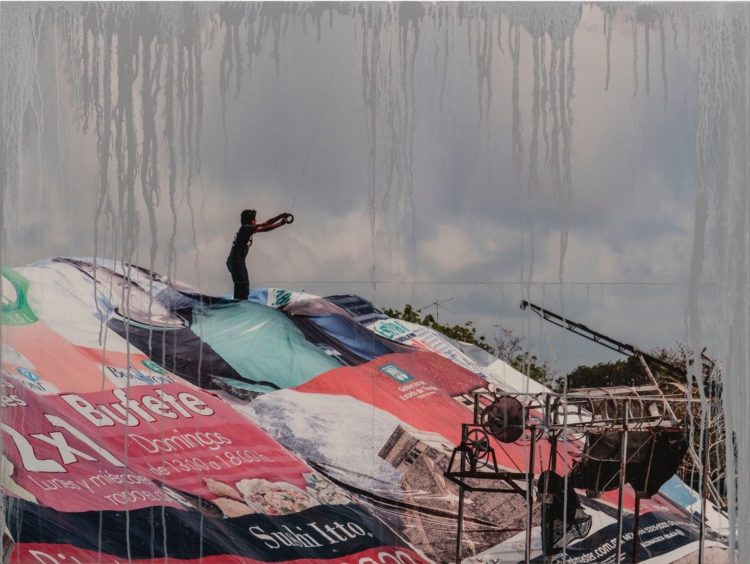 Vancouver artist Andre Petterson is celebrated for his striking mixed media work. Now, from April 14th to 28th, his photography-based series, Brand, will be on exhibit at the Bau-Xi Gallery.
~
“I’ve been taking photos such as these for years,” Petterson tells us. “I’ve never shown them publicly. I’ve never worked on them to make them into paintings. Not to read too much into meaning, the intrigue of brands throughout societies and cultures has been with me for as long as I can recall.”
~
“As a kid, I would, with a friend, play a game called ‘Punch buggy.’ Anytime one of us saw a Volkswagen bug, you would get to punch the other in the arm. I find that when you concentrate on any one item as you go through an urban day, that item appears everywhere. I tried it with the word ‘Coca Cola.’ I tried the same thing with Starbucks , Nike, and many other brands. It’s amazing how that works.”
~
“I’m having an exhibition in Calgary at the Wallace Gallery, in May, just as this one in Vancouver closes. The Director of the gallery encouraged me to pursue this direction and hence – here we are. Not sure why now. Why not? It’s as good a time as any.”

We asked Petterson to tell us a little about some of the works in the show. About Sushi Itto, our header photo, Petterson said: “This image, I took in Mexico, on a drive through the Yucatan. I don’t know what the man in the photo was doing. I found it interesting that he was standing on  a bunch of brands.”

~
Wash Day
” I took this image in Havana Cuba. It seemed ironic, given the circumstance and locale.” 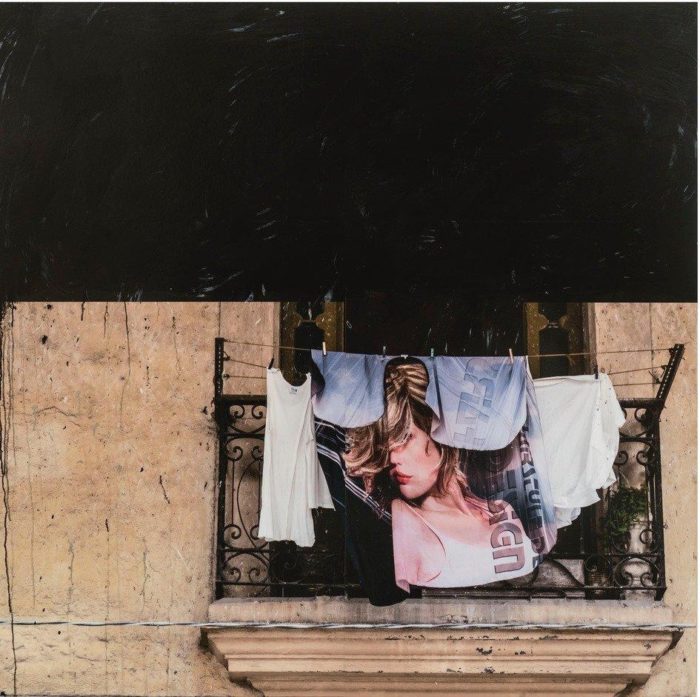 ~
Altered
“This piece, two crushed coke cans, placed in either combat mode or hugging .. you choose, and the colour altered from Coke standard red to Blue Indigo .. a take on the current political landscape.” 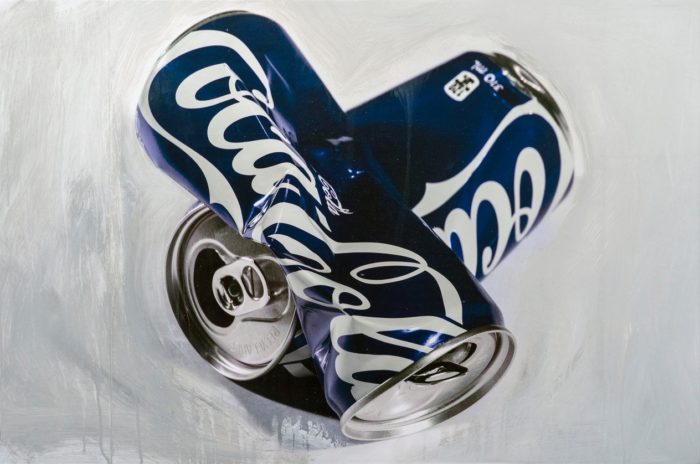 Favourite
“Two women, I assume, stating their favourite playing cards that they are perusing on a wall. The irony for me is that they were both dressed to appear to blend into the wall of cards. I’m not sure what the cards mean. I like not knowing.”

~
Chicken
“Shanghai. Busy street. The Colonel is everywhere in the world. I could have named it ‘Kentucky Fried’ or any variation on the brand. I thought ‘Chicken’ was amusing. The girl on the phone is as oblivious to the sign as is the mannequin.