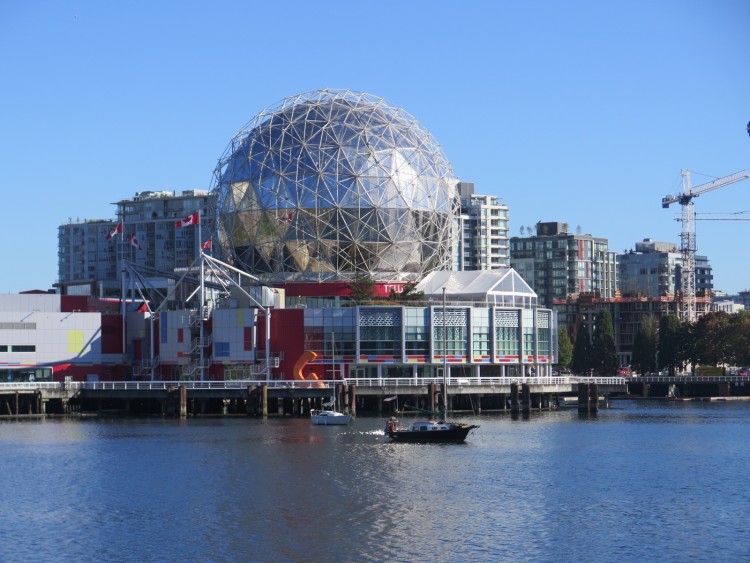 They have been filming quietly around town: Hogan’s Alley, The Sea Wall, East Cordova, up to the Okanagan, back down to Kits Point. Curiosity has been surging and now, finally, the release date is here. PBS has just screened the Vancouver episode of their Peabody-award winning series: Art in the Twenty-First Century.

“Art 21,” says narrator Claire Danes, “travels the globe to present some of the most innovative artists today.” So far, the series has featured Chicago, Mexico City, LA and now Vancouver.

The Art 21 lens on our ‘small and tightly-knit’ Vancouver features some of our city’s remarkable artists: Stan Douglas, Brian Jungen, Liz Magor and Jeff Wall. We often don’t realize the massive reputations that some Vancouver artists have developed worldwide.

In an interview with Canadian Art magazine, Tina Kukielski – Executive Director of Art21 – explained why they chose Vancouver as an early focus. “Vancouver has long been on our radar at ART21. We were finding that the city was assuming more prominence of place because of a group of internationally recognized artists that call that city home. With all the talent there, it’s hard to ignore!”

It is a fascinating film, beautifully directed by Pamela Mason Wagner. Art21 gives us an intimate view of Magor, Douglas, Jungen, then Wall interacting with the city before retreating to the intricacies of their studio work.

Here is a short preview:

Some of the insights we glean from the artists:

• “What I like about Vancouver is the fact that it’s on the edge of the continent. If I look west, I know it’s empty. I call it breathing space.”

• “I’m seeking that place where my brain stops spinning around and stops wanting things that I don’t have, so that I can follow this very faint thread that I’m laying down as to what each sculpture is supposed to be.”

• “Maintaining the conditions that are good for this kind of not very logical, not rational, uncalled for, nobody’s asking me to do this. I’m barely asking me to do this. So, to maintain that over years, I’ve really tried to overlook the relationships between my making of something and it’s journey out to exhibition. I don’t want images of people liking or not liking. I don’t want to know about it.”

• “I would be surprised if 99% of the artists you talk to don’t say ‘death really interests me.’ Part of the work of being an artist is that you are always contemplating the beginning of something and the end of something. There’s a whole bunch of births and deaths everyday in the studio. Some people sort of die before they do die. They die while they’re still alive.”

• “I’m an artist and history is one thing I use to make what I make.”

• “I make my work so I can see it. One major function of art is to allow us to see things we think we know in a different way.”

• “The fact that we can’t really understand each other, that we’re kind of locked inside our brains, this is something which I take as a starting point.”

• “History does not repeat itself. Things do come back, symptoms do recur, but often because what caused them in the first place never went away. In my work, I want to go back to look at these possibilities of what if it did not work out the way it did. So, looking forward, looking back, I always want to consider that the thing we have is not necessary, it’s not the only way things could possibly be.”

• “If you ask any Native Indian person: ‘where you from?’ They wouldn’t really say the city they happen to be living in. They would say where their blood relations are.”

• “My folks died when I was seven, so I just kind of buried myself in my imagination. I use to make artwork because I thought I could hide behind it, and that turned out not to be the case. My artwork became so tied up with my identity, especially as a Native Canadian, that it was almost impossible to talk about my artwork without my identity.”

• “I’ve always also really liked modern furniture. So, I kind of used those chairs to make these drums, give them a life other than as utilitarian furniture, right? Kind of give them a voice.”

• “I don’t have an idea of what it looks like in my head. It will be finished when it feels finished.”

• ” I have mixed feelings about Vancouver. And I feel like when I’m working here, I’m working out of those feelings and I can never really tell what’s got the upper hand at any given moment. And I’d like to think that somehow the pictures I’ve done have that in them.”

• “Photographs have a beautiful, molecular, granular surface that both shows itself and hides itself in the image it makes. So, there are qualities that are revealed in photography when it gets larger.”

• “You can shoot hundreds of pictures of the same thing and one of them is always different from all the others. It just is the way it goes. And that picture discloses something that wasn’t in the plan.”

• “Supposing it flashed into my mind this image of the ocean, for no reason – like a daydream or a moment of imagination. When you have flashes like that, they only last just an amazingly short amount of time and they’re gone. But, you remember them. They set off a photographic possibility. For me, there is something called a picture that is there all the time. I’m always searching for that picture, the next one.”

Below, you’ll find a link to the full PBS video. How proud we can feel to see our city and four of its talented artists being celebrated. It is another reminder for us to nurture our emerging artists and to appreciate the great talent we have right here at home.