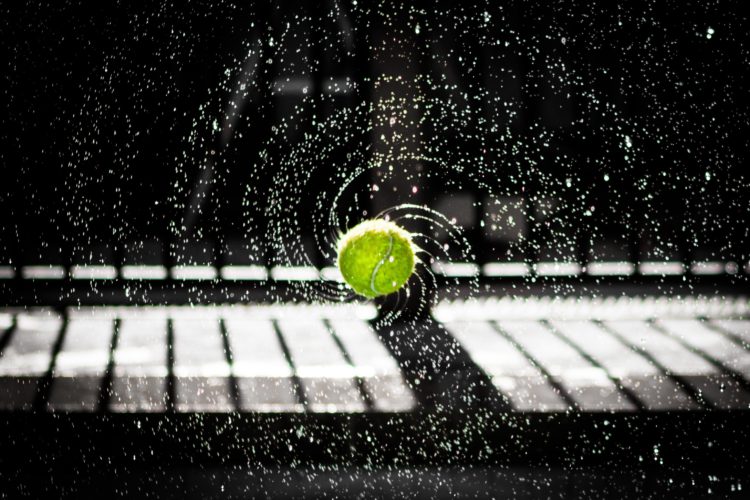 While Borg held his poker face, McEnroe threw rackets, cursed out umpires and fought with the crowd. Yet – as McEnroe said in an article he penned for the Independent – off-court, their personalities were not so different.

‘Off-court our personalities were more similar than people realised. We had similar senses of humour, we looked at things in the same way and we were bemused by a lot that was going on. So even though our personalities on-court were completely different, I didn’t feel that off the court at all, which made it easier for us to be friends. And then on-court differences actually helped us as rivals in the way we were perceived.’

There was indeed a warmth to their rivalry that was nowhere near as obvious when McEnroe was playing Jimmy Connors. Here are some BBC highlights from their incredible 1980 final. If you want to be in suspense for the film we are about to mention (in 3, 2…), don’t watch until after you see it!

Now, Danish Director Janus Metz has created a much lauded film, Borg vs. McEnroe, chronicling their rivalry and the match. The film will be screened October 7th, 11th and 13th at the upcoming Vancouver International Film Festival.

Metz’s documentary style brings an edge to filming tennis. Shia LaBeouf – as controversial now as McEnroe was then – plays the hot-headed New Yorker. Sverrir Gudnason plays his doppelgänger, Borg, and Stellan Skarsgård – whom you might know from The Girl with the Dragon Tattoo, Pirates of the Caribbean: At World’s End, The Avengers, Return to Montauk.. – plays Borg’s powerful trainer.

VIFF will also feature talks from Creators like Canadians Jeremy Podeswa and Greg Middleton – Game of Thrones Director and Cinematographer – who will speak on Saturday, September 30th at VanCity Theatre.