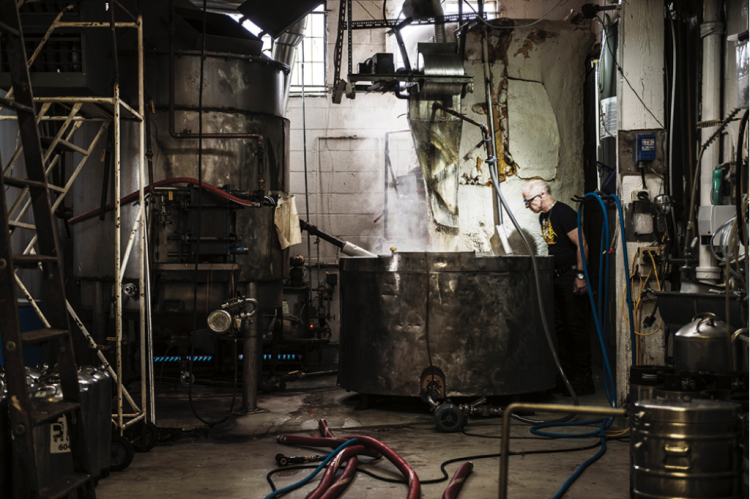 Any recipe that includes seven types of malt and the word ‘sparge’ deserves our full attention.

We come to this recipe for 2500 litres of Storm Altbier courtesy of Brad Hill’s The East Van Foodie cookbook. This talented photographer, now book publisher, has captured photos and recipes from 47 restaurants in East Vancouver. The Storm Altbier is borne of Storm Brewing, located at 310 Commercial Drive and featured, along with owner James Walton, in our header photo. 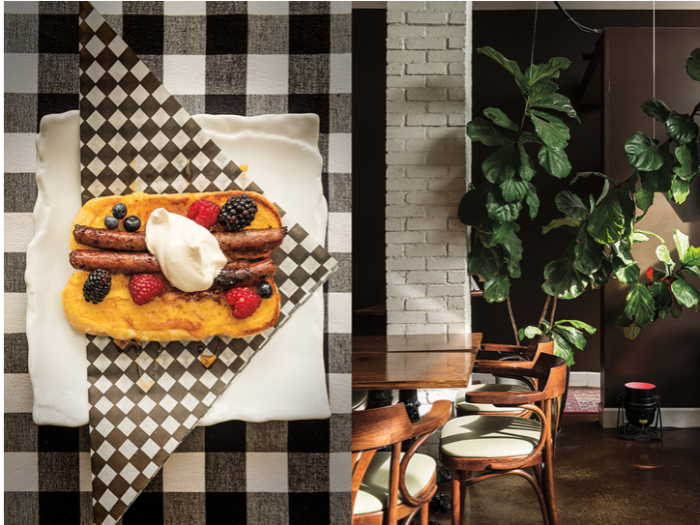 Back in Melbourne, Hill had worked as the sole photographer on two coffee table books celebrating the local food scene. When he moved to Vancouver with his Canadian-born wife, Emily, he was setting up his business from scratch. This was an opportunity for Hill to apply his coffee table book experiences in a new country and to feature interesting local chefs and their recipes. 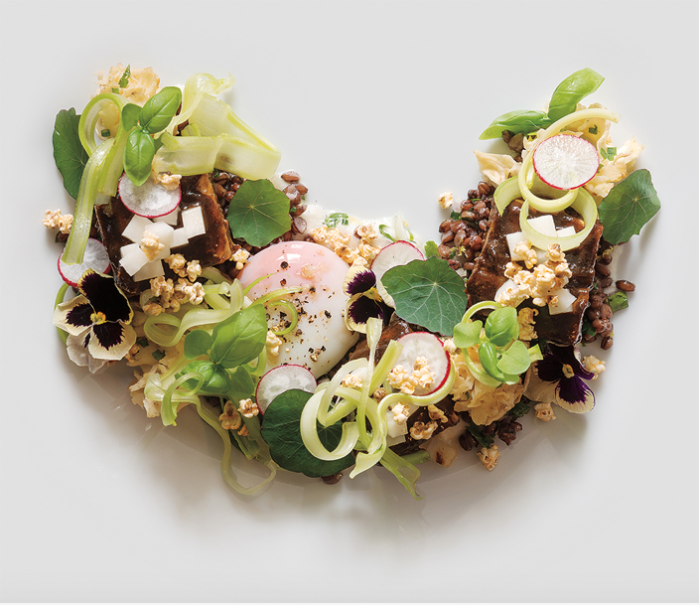 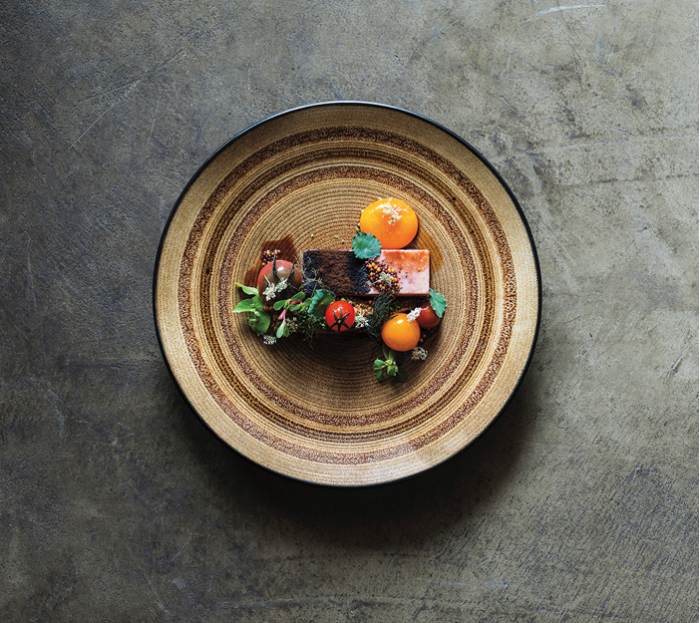 Hill adds: “With the significant changes the professional photography industry has gone through in the last ten years – namely the flood of semi-professional shooters, reduction in commissions from magazines, competing with stock libraries, copyright issues – have also come lots of opportunities to value-add to the photography. For me, the books are part of this.”

Approaching a first restaurant about inclusion in the North Shore book was not easy for Hill. “I’m not a natural salesperson. I don’t like talking about my own work. In fact, I generally hate my work until after it’s been out and about awhile and I can see some quality in it.”

Given his reticence, Hill was not surprised when the first restaurateur said ‘no.’ Hill persisted and soon two important chefs – Erick Kauko from The Arm’s Reach and Thomas Haas of all things chocolate – had signed on. With Kauko and Haas on board, others were quick to follow.

Being able to show restaurateurs the North Shore Foodie book helped when Hill was recruiting chefs for his next book, The East Van Foodie, published in 2016. 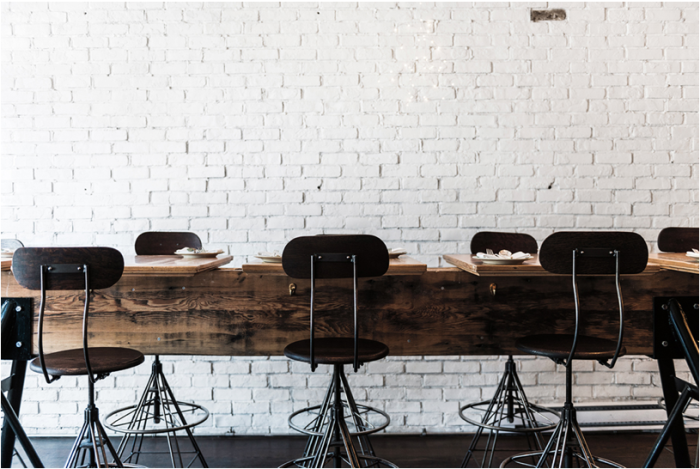 In creating both Foodie books, “the photography part of it was the easy bit,” says Hill. “That took maybe two months for each.” The self-taught photographer has long been at ease with the camera. “My Dad bought a Pentax P10 when I was about 8. I think I used it more than he did. As a little country boy, I didn’t think of it as an artistic thing or as a possible career.”

Hill spent many years working in the hospitality industry, “at some cool places like the Ivy Restaurant in London, where I was the lowest level of waiter. I was working under the armpits of some of the most amazing chefs. I think that’s where I learned respect for the chefs, the food, the process, the order of it.” With his restaurant experience, Hill “knew how to stay out of the way,” for the Foodie photo shoots. “Restaurants are really busy places. They don’t have time for people like me.”

Once Hill had the shots, the hard work began. The chefs had supplied him with delicious recipes, but “they are commercial style recipes and I had to convert them to domestic style. Temper Chocolate + Pastry in West Vancouver, for instance, gave me a great recipe for strawberry basil pepper truffles, but it was a recipe for 5,000. I had to divide everything. Commercial ovens are different. Ratios change; you have to tweak.” Hill would test the recipes to ensure that his mathematical conversions had worked. “There is a lot of chemistry involved.”

Hill also wanted to include stories about each restaurant in his books. “For the North Shore Foodie book, I did about a third of the writing, the owners did a third and I outsourced a third.” It was through this writing process that Hill met Chris Dagenais, a food columnist for the North Shore News, who would go on to do all the writing for The East Van Foodie. “He has this creative style of writing that makes the books more timeless.” 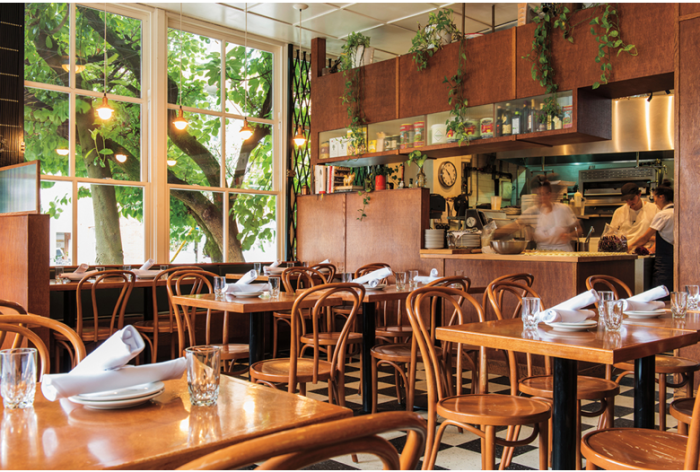 When it came to printing the Foodie books, Hill was committed to keeping the work in Canada. “We used Friesen Press. All of the printing staff are shareholders in the business. The printing took about six weeks.”

Of course, printing a high quality, photo-rich book does not come cheap. “That was the biggest cheque I’ve ever written.” Hill was able to offset the costs by asking the restaurants – who don’t pay any money to be in the book – to commit to purchasing a certain number of books. “I’m not making any money until the book is selling.”

And the books have been selling. “We’re in Indigo Chapters, Coles. I’ve done all the distribution myself. It’s a matter of going around and meeting the managers one by one.” The North Shore Foodie is basically sold out – you can find a copy, here and there – and an updated 2nd Edition is coming out soon. “I’ve had restaurant owners tear up when they see their restaurant in the book. I wanted the community feel to it.” 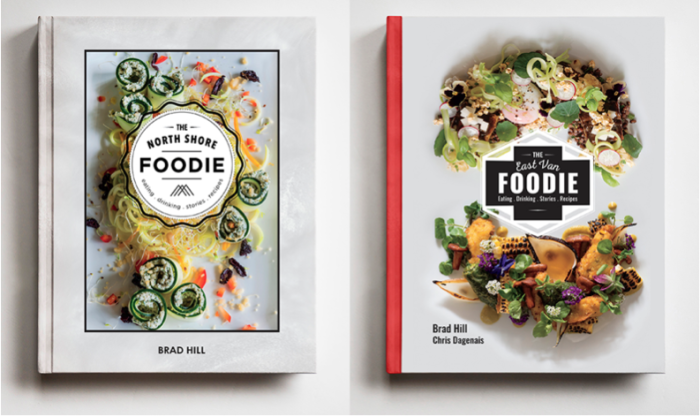 “Gastown Foodie is next. I’m really hoping it’s out by summer. That way, I actually get a summer. I haven’t had one for awhile.” After that, there are other Vancouver neighbourhoods for Hill to eat and shoot his way around.

Somehow, Hill has also had time to continue with the architectural photography that launched his professional career. In Melbourne, he built up a significant portfolio shooting for design magazines and corporate clients. “That used to be my day job, now it’s switched to evening.”

Hill’s architectural photos were part of a package that won a series of awards in the Greater Vancouver Home Builders Association’s 2016 ‘Georgie Awards.’ “This was the first time I had shot for these awards and given that the judging was based on the photos, I was very excited about it. I have another client as a finalist in the 2017 awards.” 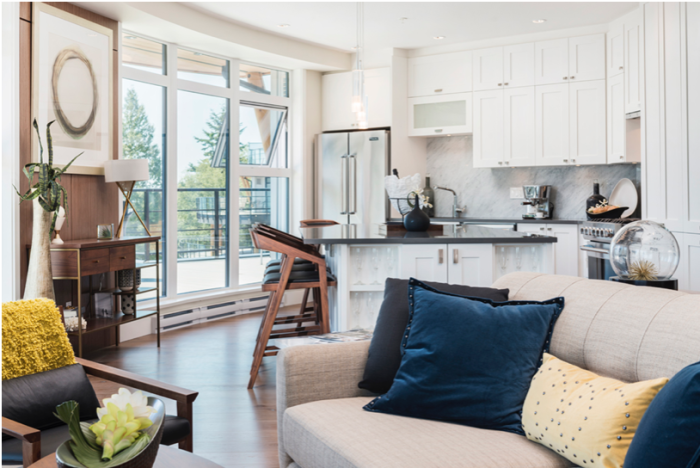 For Hill, it ultimately does come back to the photography. Though he will continue to enjoy the challenge and excitement of publishing his own books, he is looking forward to spending more time behind the camera. Right now, he estimates 10% of his working time is spent taking pictures. “I wish I shot for fun more. I kick myself now that I was too busy to get over to Gastown when it was snowing. As my book systems and processes get more efficient, I want to spend more time doing what I love.” 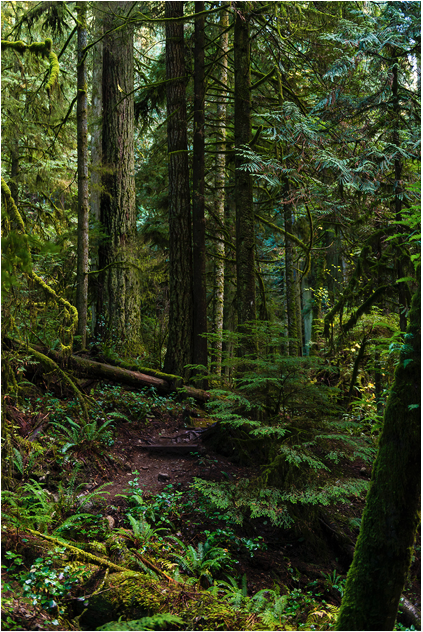 * All photos courtesy of Brad Hill