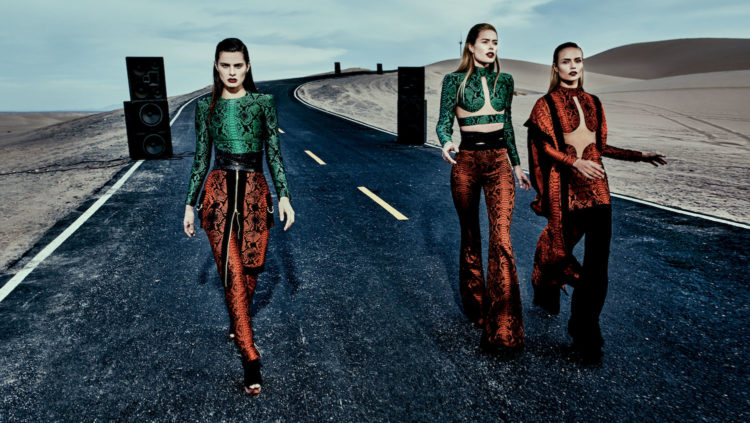 In 2011, when the talented, 24 year old Olivier Rousteing signed on with Balmain, the fashion world took notice. He was the youngest Creative Director to hit Paris since Yves Saint Laurent. Now, he has 4.8 million Instagram followers and vocal fans that include Rihanna, Kendell Jenner, Rosie Huntington Whiteley and Gigi Hadid.

As Rousteing told the New York Times: “Sometimes I have to break some rules, like when I started at Balmain. I broke rules because I came from a relatively unknown background, being so young at 24 and being black. But actually, what I am is a French designer. Bringing about change. Fighting the establishment. So I am also proud of that: being someone who is not afraid to make his own rules.”

Balmain’s latest collection includes holographic PVC, neon fringe and a sequined T-shirt reading ‘We are the new generation.’ In his Fall 2014 Ready to Wear show, Rousteing created striking jackets for the powerful woman.

~
Those inspired by that collection include Vancouver’s Karen Gao, who chose to recreate one of Balmain’s 2014 jackets for her Brown Paper Couture creation, a project challenge that is part of Langara College’s Design Formation program. Students are given glue guns and four weeks to turn basic materials – kraft paper, cardboard, coffee filters, twine, foil, tacks… – into couture.
~ 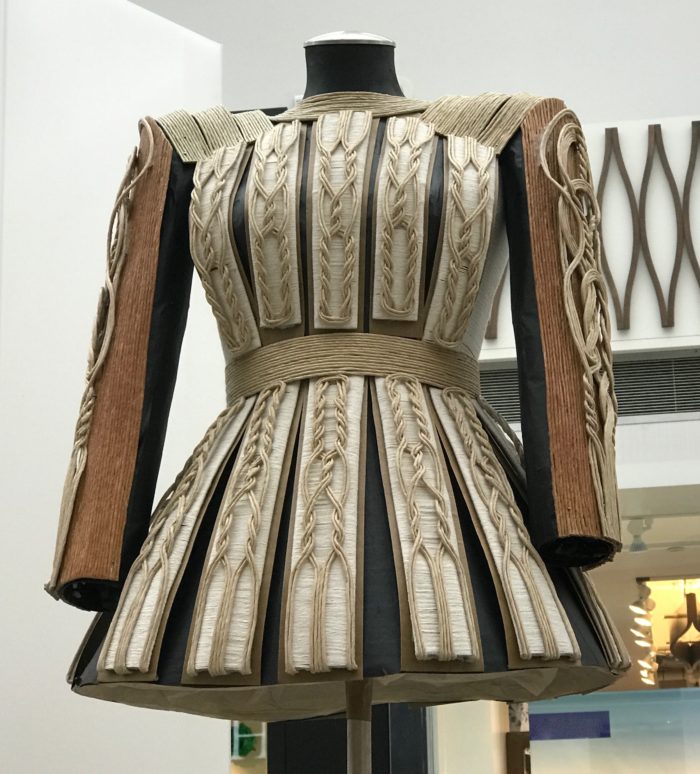 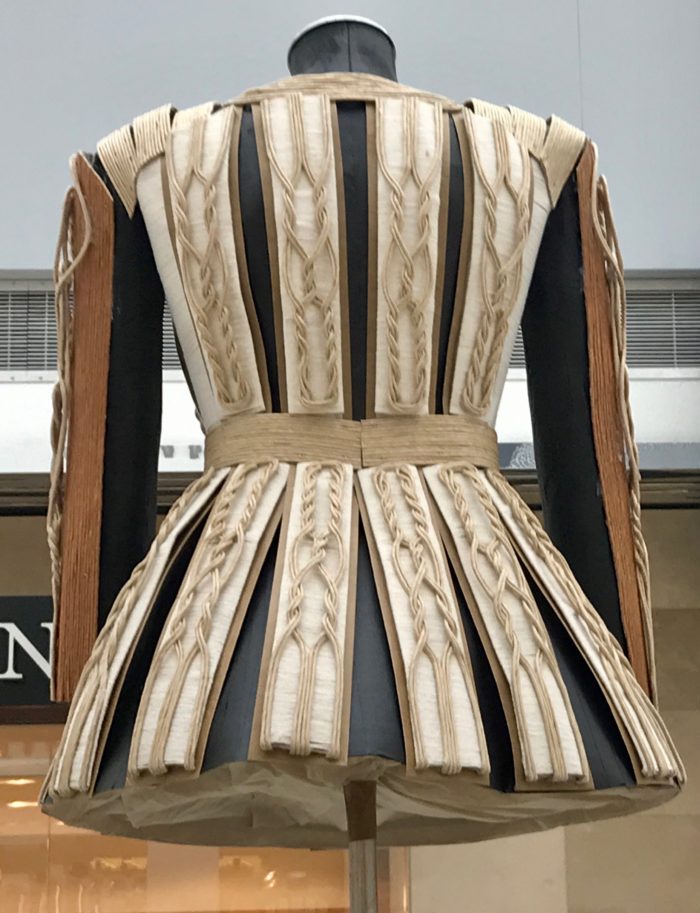 ~
Other Design Formation students and their inspirations include: 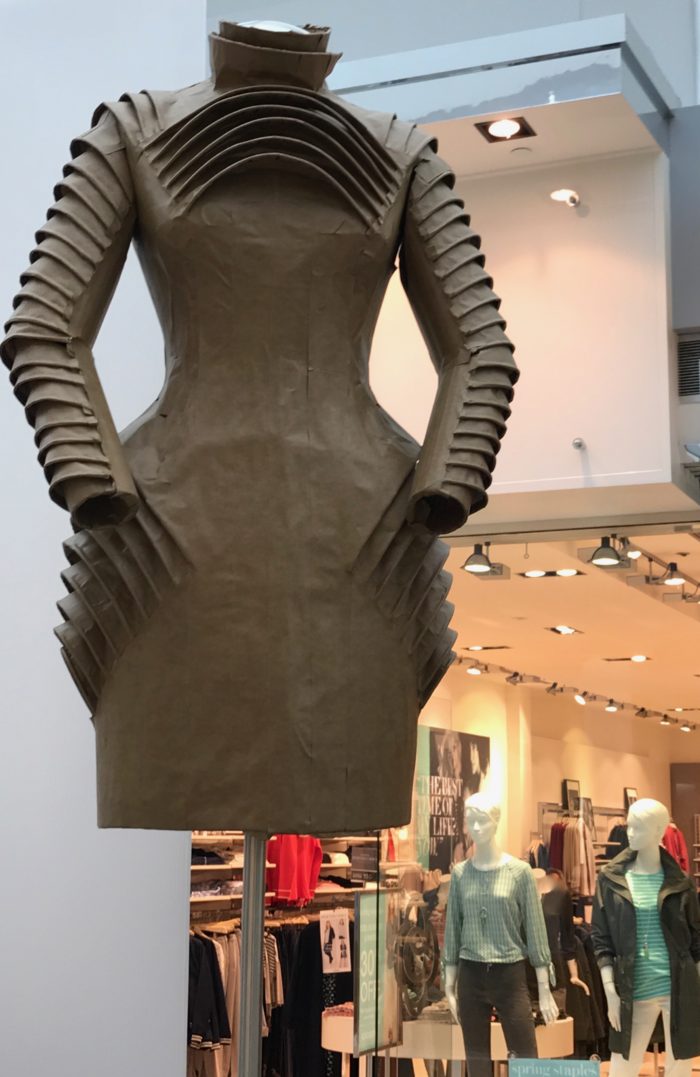 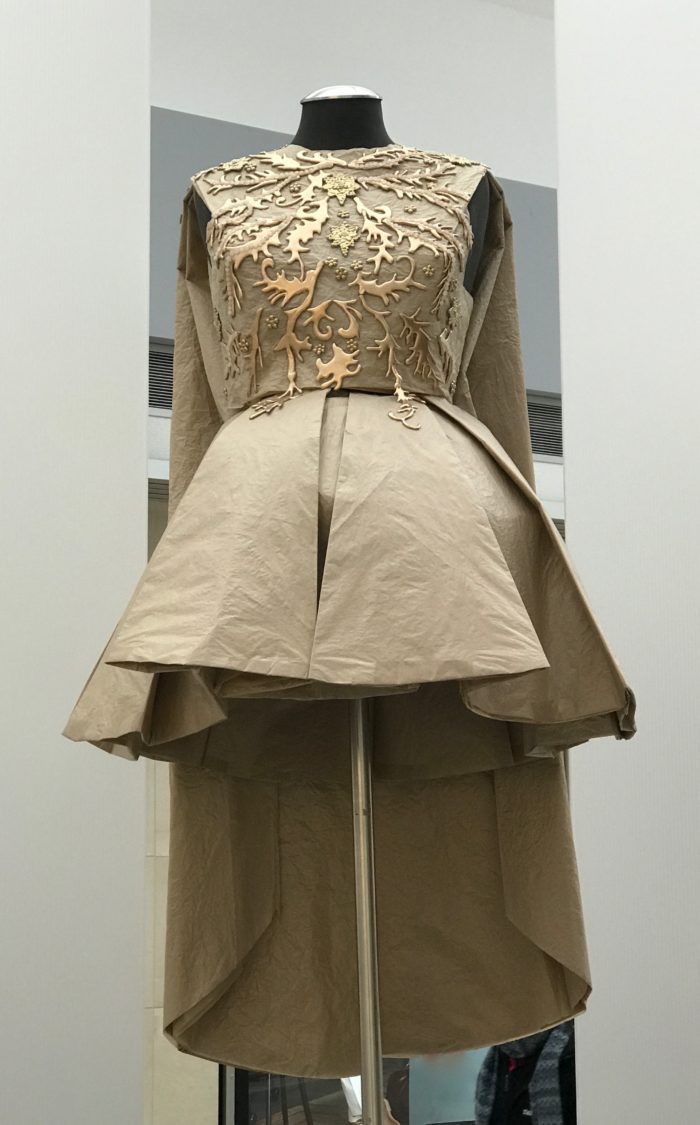 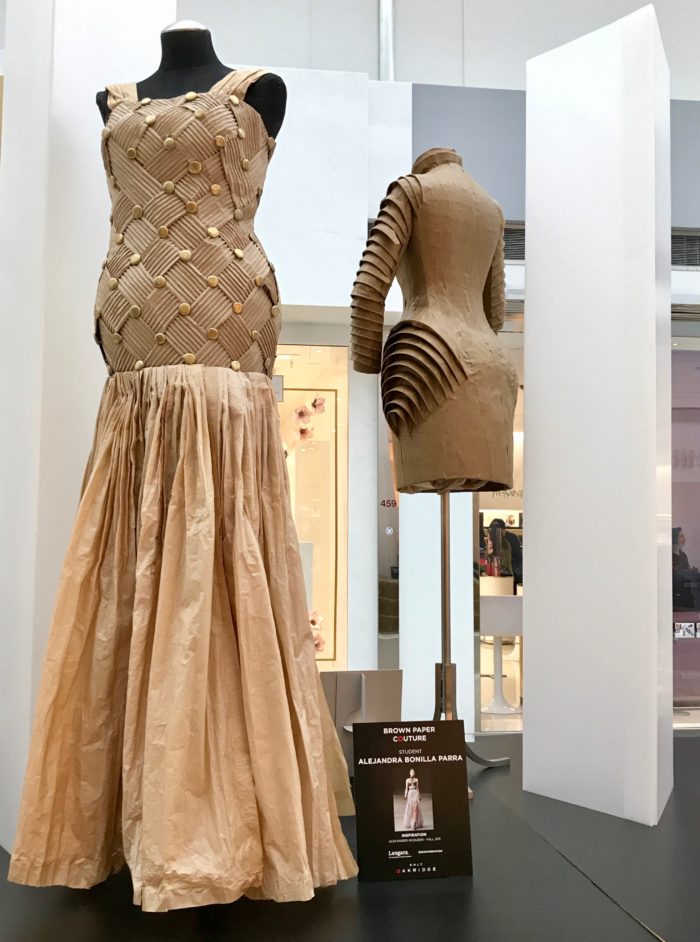 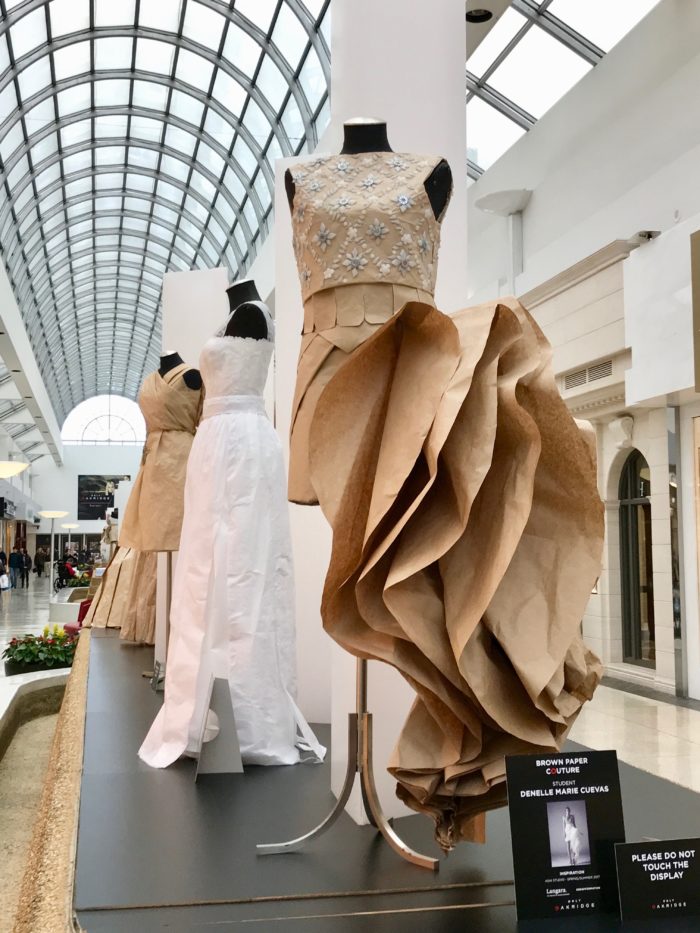 The Brown Paper Couture Collection is on display at Oakridge until March 27th.