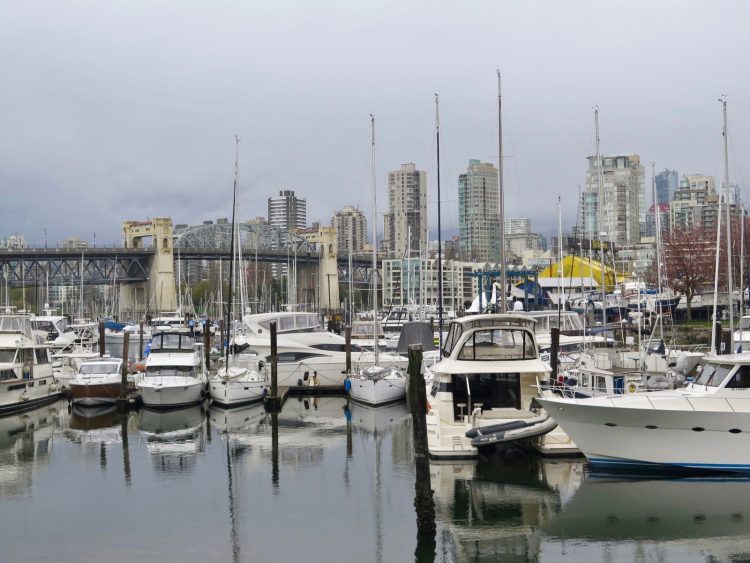 The Burrard Bridge has long been a beacon for controversy. Debates over bike versus car lanes on the bridge have been raging for decades. Back in 1949, Vancouver Art School’s A.F. Ames threw his own Burrard barbs, describing the overall bridge as a “monstrosity” and its concrete pillars as “ashcans with a gasoline stop on top.” 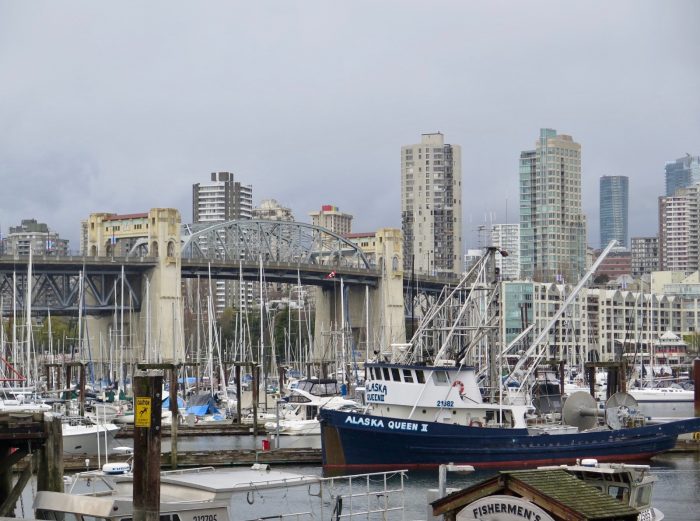 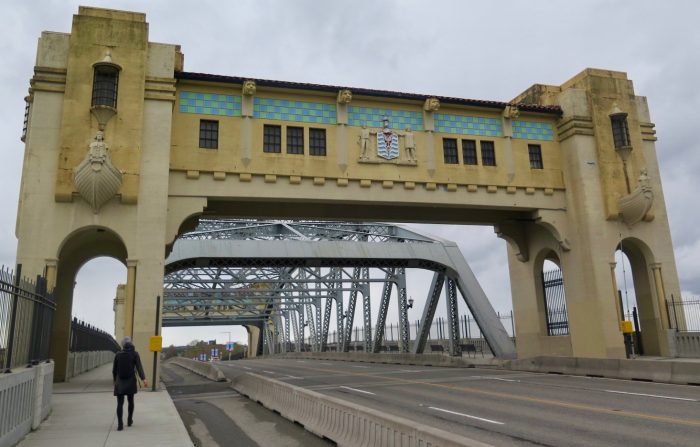 According to Chuck Davis, Vancouver historian, it was on December 8th, 1930, when workers started in on the $3 million Burrard Bridge. Major John R. Grant, lead engineer, had submitted his first proposal for the bridge in 1910.

Architect George Lister Thornton Sharp was the creative visionary behind the Art Deco structure. “Both central piers,” Sharp told a reporter, “were designed and connected with an overhead gallery across the road. This helped to mask the network of steel in the truss from the two approaches, and has been treated as an entrance gateway to the city.”

Italian-born sculptor Charles Marega carved the Coat of Arms and busts of Captains Harry Burrard and George Vancouver on the Burrard Street bridge. Marega is known for his sculpting work across the city, such as the Captain George Vancouver at City Hall, David Oppenheimer at Stanley Park, and, most famously, the regal concrete lions on Lions Gate Bridge. 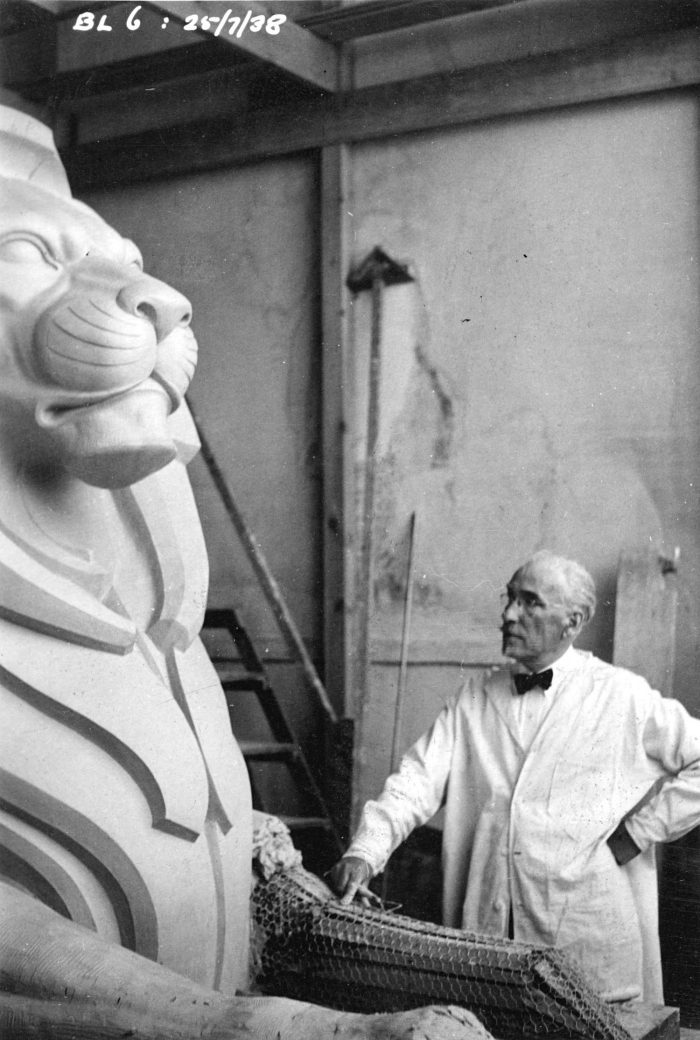 The Burrard Bridge officially opened to marching bands, seaplanes and a crush of pedestrians on July 1st, 1932 – Canada Day. 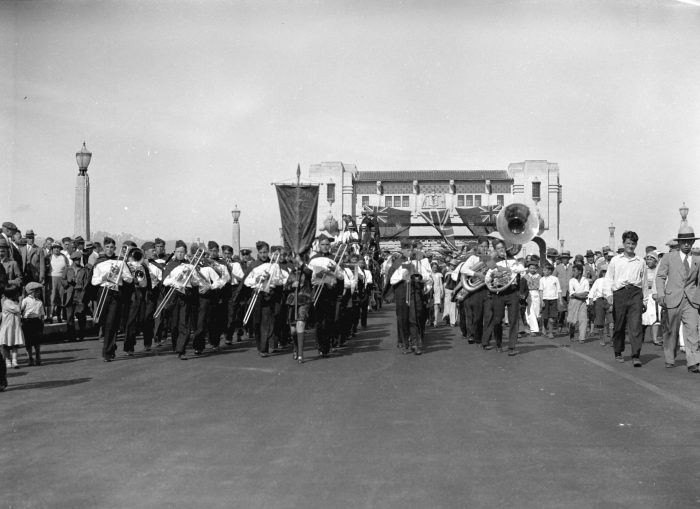 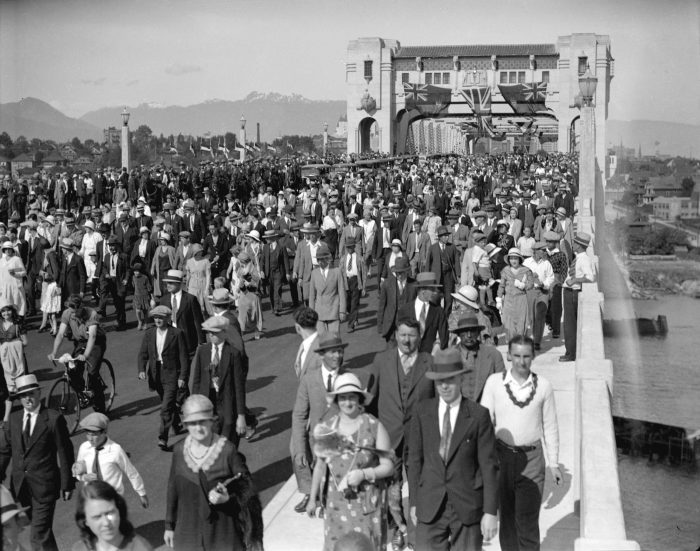 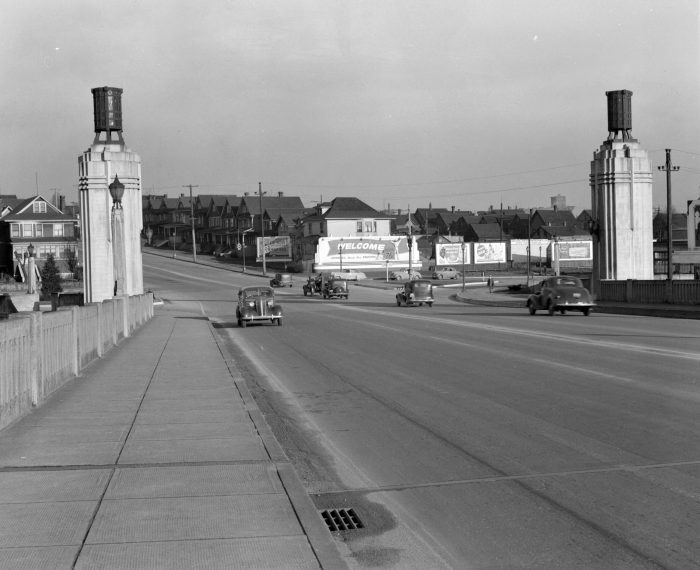 Here’s a 1934 film – shot by Sid Groberman, updated by BC History –  of cars driving across the Burrard Street Bridge, two years after it was built.