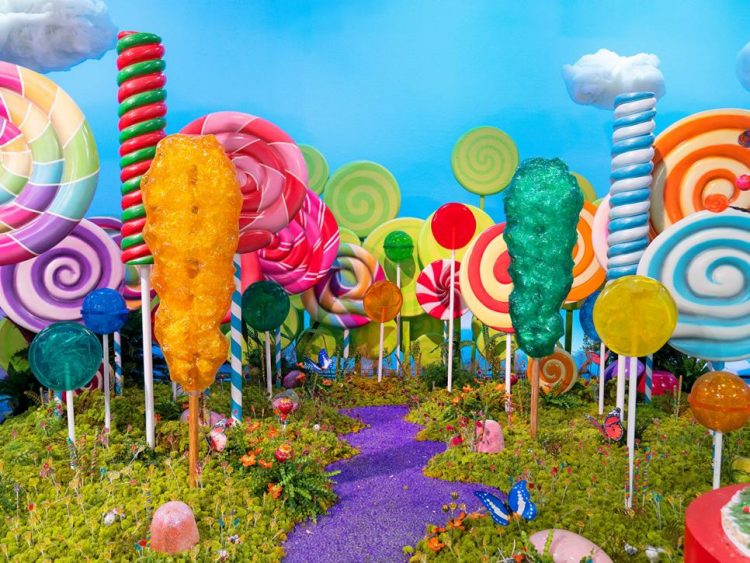 All the planning in the world won’t help you in Candy Land. Win, lose – your fate lies in the shuffling of the deck, and the luck of the draw.

But, as you drift down the rainbow road, you’ll find yourself in delicious worlds like Peppermint Forest,  Gumdrop Mountain, Princess Frostine’s Ice Palace, Peanut Brittle House, Lollipop Woods, Candy Cane Forest, Molasses Swamp, Chocolate Swamp, Snowflake Lake or, eek, the Lagoon of Lord Licorice. The board game locales change over the decades, but the focus is always sweet edibles. And finding the elusive King Kandy. 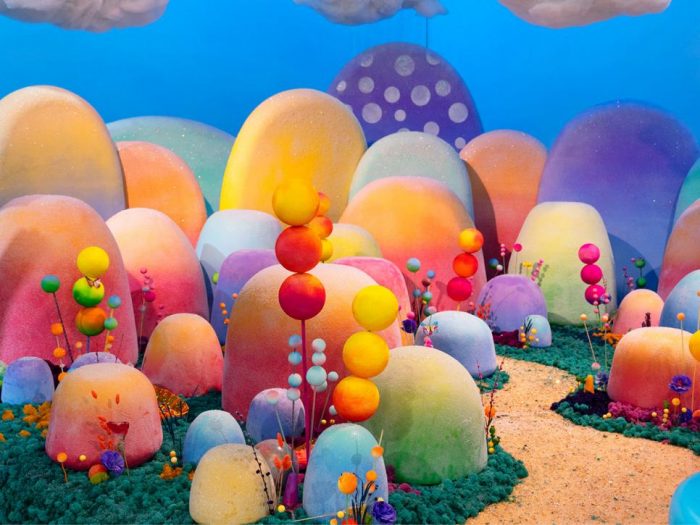 The ever-popular Candy Land was created in 1949 by Eleanor Abbott, a retired school teacher who was stricken with polio and assigned to a San Diego hospital ward to rest and recover with similarly ailing children.  She dreamed up this game – Candy Land! – sketched it on a big piece of craft paper and tried it out with the kids. It was an instant hit!

Bed-ridden children could imagine a happy, colourful life and simulate movement as they wound their pawns around the game board. You’ll note the young boy in this original game board is wearing a leg brace. 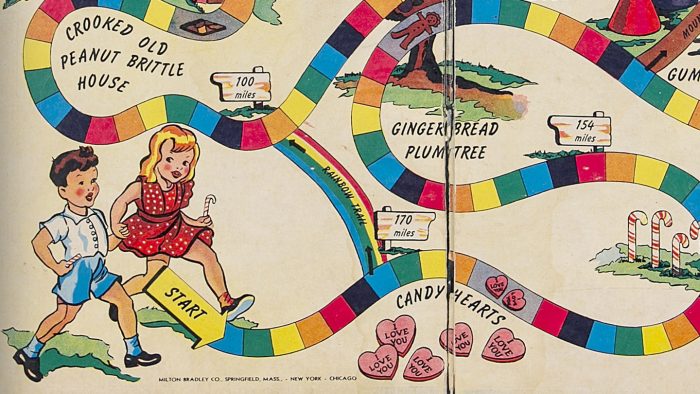 Abbott eventually sold her Candy Land idea to Milton Bradley – now owned by Hasbro. The best-selling Candy Land won the Toy Industry Association’s Best Toy of the 1940s. Ever thoughtful, Abbott donated much of her earnings to schools so they could stock up on much-needed supplies.

The link between Candy Land and the polio ward was kept hush hush for years. The game board has also featured some interesting quirks, like these two be-striped little buddies somehow holding left hands while they skip about. 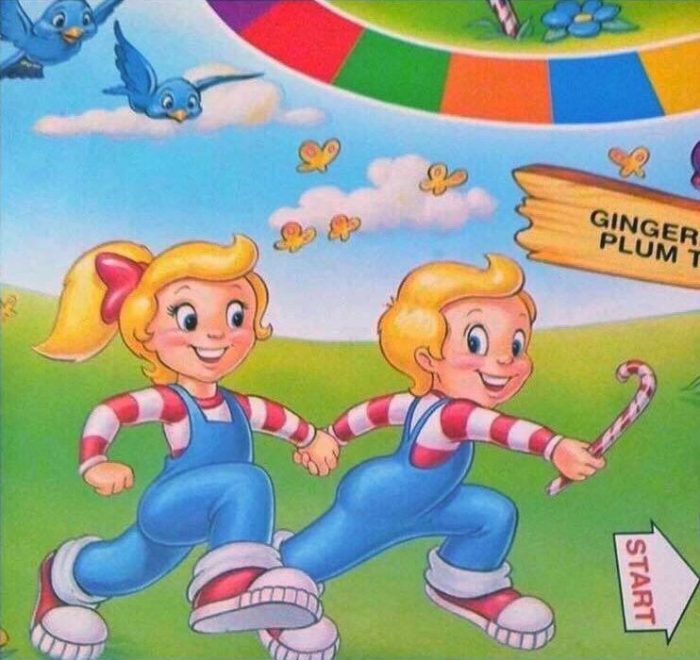 Eleanor Abbott, who died in 1988, might be agog to see the world she created now brought to life in Food Network’s new, six episode holiday show, Candy Land, hosted by the talented Kristen Chenoweth.

Amidst 1,000 lollipops, 100 pounds of chocolate, and 650 pounds of 150 different types of candy, teams create giant sculptures crafted with portable treats they scavenge from Peppermint Forest, Lemon Lime Springs, Chocolate Mountain, Lollipop Woods and the Gumdrop Mountains. Lose the mid-game challenge, and one unlucky team member will be sent off for a time out in Lord Licorice’s steaming lagoon. 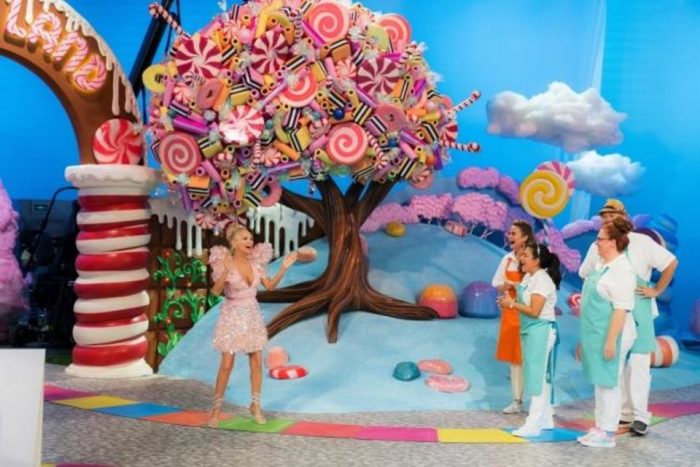