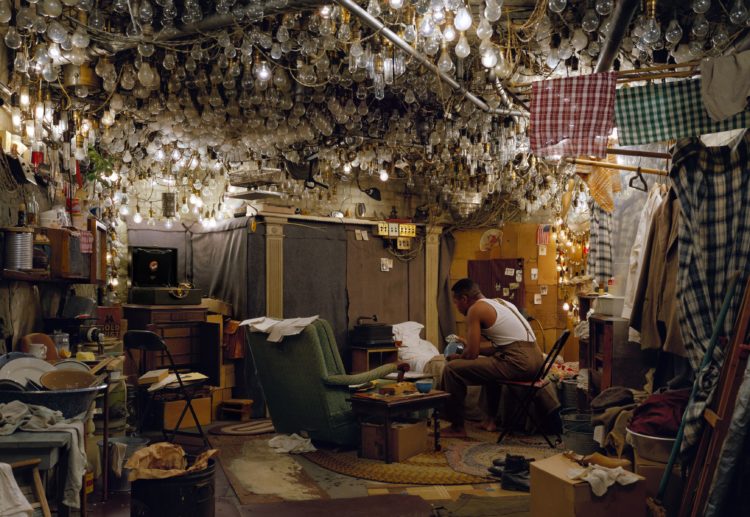 Jeff Wall: Tableaux, Pictures, Photographs 1996-2013 gives us a vivid glimpse into Wall’s pioneering work in cinematographic re-creations. “Something lingers in me until I have to remake it from memory to capture why it fascinates me.”

In support of an exhibit of Tableaux, Pictures, Photographs at Amsterdam’s Stedelijk Museum, Wall talks about one of his compelling works: A Flooded Grave. “It represents what I think of as an instantaneous vision in which a person strolling in the graveyard, just on a walk – maybe walking their dog or something – sees a freshly dug hole. It’s what you see often in cemeteries unfortunately, and for some reason this imaginary person has a vision of the sea.” 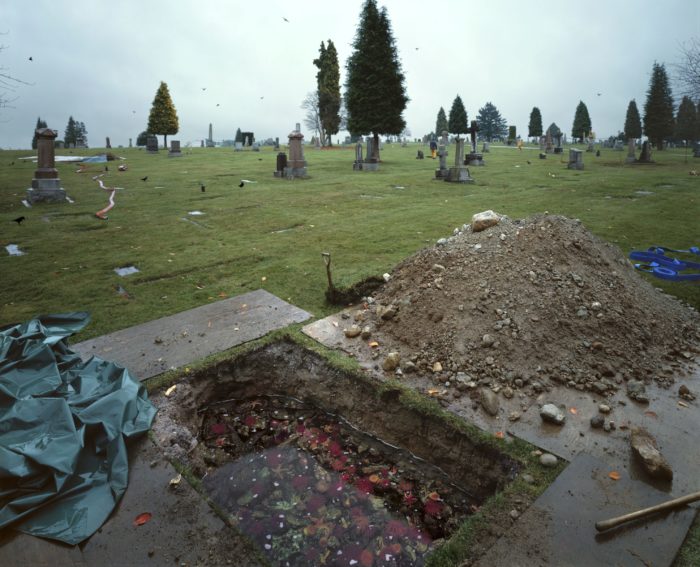 And of Overpass, he says: “These are nomads, people who don’t have a fixed place. They are people who are having hard times, they’re not fortunate. They are exposed to difficulties that most people can avoid.” 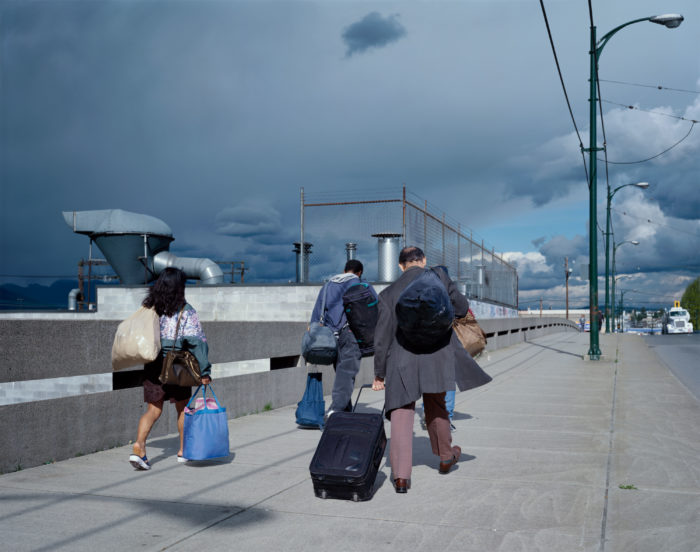 Overpass. 2001. Courtesy of the artist
•••
Inspired by artists like Wall and the rest of The Vancouver School, Kim Spencer-Nairn started the not-for-profit Capture Photography Festival in 2013. As she and her her team wrote in an indiegogo campaign: ‘Capture is here to promote awareness of Vancouver’s unique history of photoconceptualism, inspire community engagement with photography, and create platforms for showcasing local and international artists.’

This year, the official festival runs from April 1-28 and features photography exhibits at more than seventy galleries and community venues. The many offerings include:

Do double-check the dates for any particular show that interests you. Different exhibits run within different windows of the Festival. 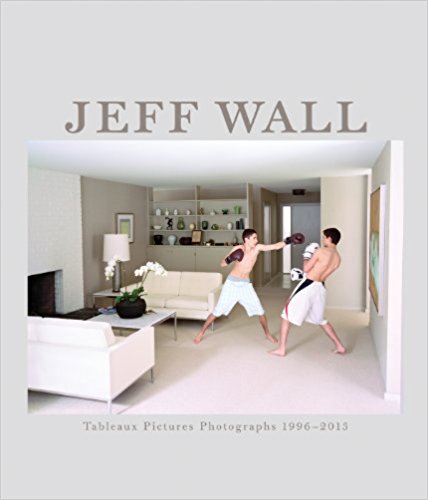 Why Do It? 9 Creators Weigh In