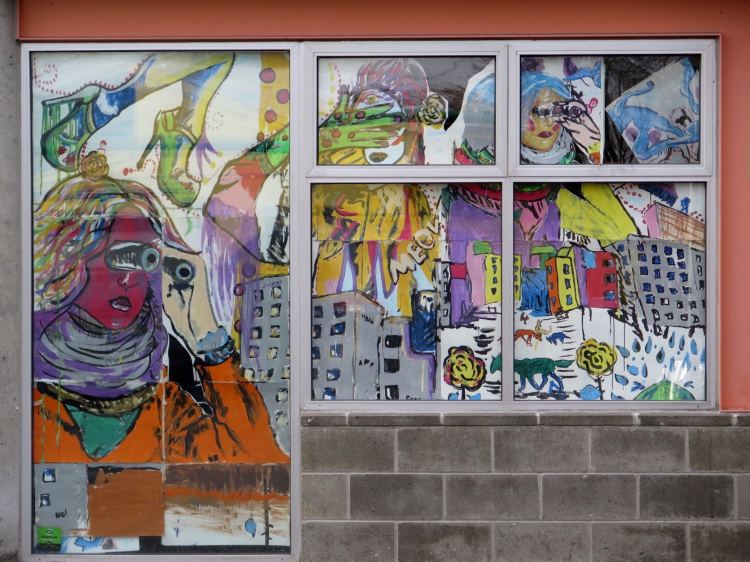 People know how to stretch a dollar in the arts – recycle the canvas, paint over the prop, build a makeshift theatre in some unused warehouse space. Not many, however, would dare to start a full-fledged, multi-department non-profit with $250.

Yet, that is exactly how much artist Carol Henriquez and dancer Gloria Schwartz had to work with when they opened Arts Umbrella in 1979. How did a young Henriquez conjure up the nerve to take this low-budget leap into children’s art education and how did she establish herself as a leading voice in the Canadian arts community?

Growing up in Prince Albert, Saskatchewan, Henriquez was always looking for new outlets for creative expression – piano, figure skating, highland dancing. “I painted from the time I was very young. Nobody encouraged me. My parents were indifferent about it, but I always drew and painted.” The creative bloodlines did run through from her father – ‘Mr Cool’ as her friends called him – who bought the fashion for his Ladies Wear stores. 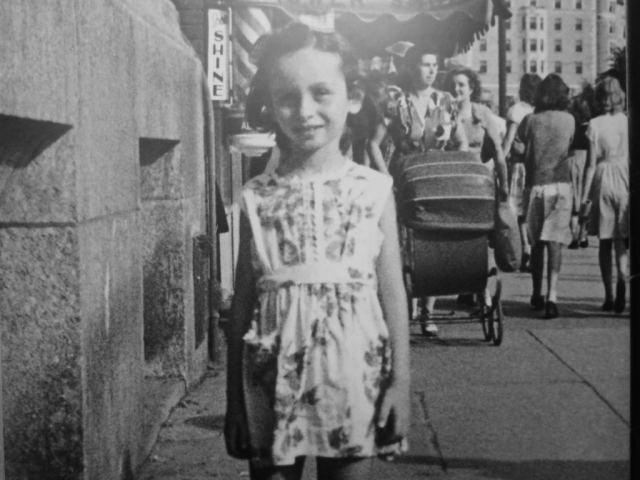 Carol’s academically focused high school didn’t offer art, so she would take the streetcar down to the technical school to paint in the late afternoon. There, she was lucky to take lessons from high realism painter, Ernest Lindner. “He had to paint houses to support himself. He finally became very famous at 90. He taught us kids in the German method.” Lindner had Carol and her fellow students paint the same still life – white on white blocks – week after week.

Though naturally a “goody two shoes,” the 13 year old Henriquez had finally had enough. “I’m finished,” she told him. “It’s a ghost in a snowstorm.” Lindner wasn’t having it. “He said to me: ‘you haven’t suffered enough.’ I ‘ve carried it for the rest of my life. I felt so guilty because his life was so hard. He was very, very good.”

As graduation neared, Henriquez struggled with what she should do next. “Where can I go to be an artist?” she would ask her parents, her school counselor. The answer was always the same. “You’d be a good teacher or social worker.” Ever dutiful, she enrolled in university to become a social worker.

In her first week at the University of Winnipeg, she wandered into the interior and architecture design departments and saw all these students painting and drawing. “I’ve made a huge mistake,” she told her mother. “I should be in there.” “That’s fine, dear,” her mother answered. “You finish your first degree and then you can do another.” So she finished her degree in social work.

After marrying at 21 and living in Jamaica, Henriquez did eventually get to art school, this time with the hearty encouragement of her husband Richard – a sculptor, painter and now one of Canada’s top architects. She was a young, Vancouver mother with two children – Alisa in Grade 1 and Gregory in Grade 2 – and she was terrified to return to life as an art student. “Richard drove me to what is now Emily Carr to make sure I went and he waited outside for me.”

Meanwhile at home, Carol, Richard and the kids did everything arts: kilns in the backyard, prints in the basement. Is it any wonder that Alisa is now a respected painter and Gregory a renowned architect working alongside his father at Henriquez Partners? ‘”What did you expect?!’ Gregory says to me. ‘That’s all we talked about!”

As Carol went back to school, so to did her dear friend Gloria Schwartz. After a lifetime of ballet, Schwartz enrolled in SFU to study contemporary dance. “We brought up our kids together. We’d roll up the rug and we’d all dance…kids to grandparents.” Carol and Gloria would talk about how important the arts had been in their lives and wouldn’t it be incredible to build an art centre for kids and tap into Vancouver’s rich community of artists as teachers.

“So one day Gloria looked at me – we were cooking – and said: ‘don’t you think that’s enough talk?”

“Fine,’ I said, ‘Let’s do it.’ And thus began Arts Umbrella. It wasn’t scary, because we didn’t know what we were doing.”

They put together a small Board of artists. Each of them put $50 in the pot and it was that $250 that got them started. The official launch was in a tin shed with concrete flooring. Carol taught clay sculpture, Gloria taught dance and Carolyn Kramer taught painting. The three of them went out, knocked on doors and, month by month, Arts Umbrella grew. Hard-working volunteers signed on, philanthropists and artists donated, and a community of teachers brought serious art school principles to life for the kids. “No macaroni and string.” 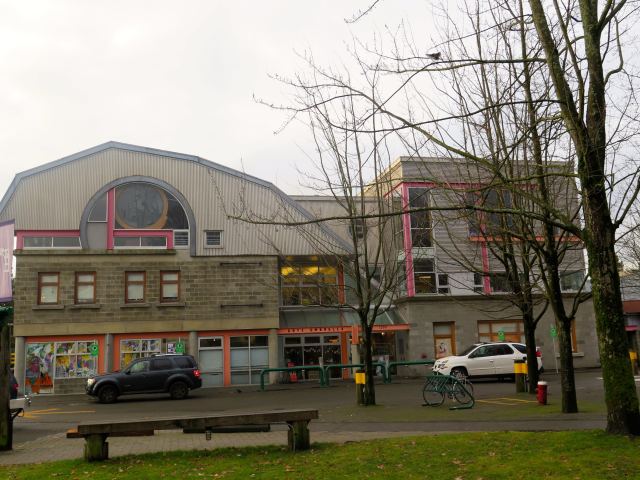 Carol’s husband Richard designed the Granville Island building and Carol supervised the random group of 15 men who became the construction crew. “One guy came in when I gave out the paycheques and said: ‘You know, Carol. I just got out of the slammer.’ I said: ‘don’t tell me! I know you were innocent. Let’s just carry on.”

Over the years, Arts Umbrella has grown into a model arts school. “At one point, we had 250 volunteers. It was fun.” Board members have been unusually dedicated, some staying for more than 20 years.

Carol has received multiple awards, including an Honorary Doctorate and the Order of Canada in 1999. For the latter, she was delighted to bring her 80 year old parents to Ottawa for the ceremony. “They just loved it and I had the honour of being amongst these incredible people. It was very moving.”

Knowing how much love she put into Arts Umbrella, some could not imagine Henriquez ever retiring. How do you walk away from such hard-earned success? All over the world, she ran into students – doctors, businesspeople, artists – who talked about the huge impact that the classes had on their lives.

Yet, Carol impressed people as much with the backing away as she did with the leaping in. “I woke up one morning, looked around and said Arts Umbrella is really great. The staff is strong; financially we’re solid. Nobody is mad at me! Let’s leave on a happy note and hand it over while it’s strong.”

In retirement, Carol once again has the creative support and inspiration of her husband, Richard. “He is one of those people who can come home from a full day of work and, without missing a beat, go into his studio and start working on his sculpture. It just pours out of his body and soul.” 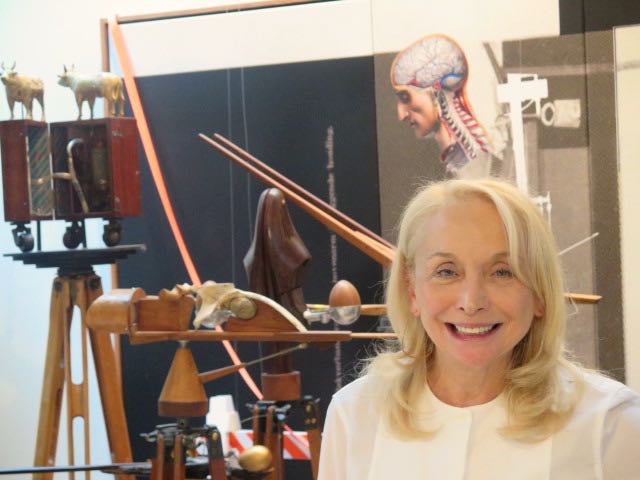 Carol and some of Richard’s artwork

Now, it is time for Henriquez to find her next creative pursuit. She has dabbled in painting, but “you’ve lost all those important years. You are basically back where you started.” She has been cooking like mad. “My friends joke that they’ve never seen so much food.”

Just recently, Henriquez has bought herself a camera. Always interested in directing, she is going to start capturing some of her stories on film. “I believe we have many careers inside of us. We’re not meant to just do the thing we got on the train with. I have no idea where it’s going to take me.”