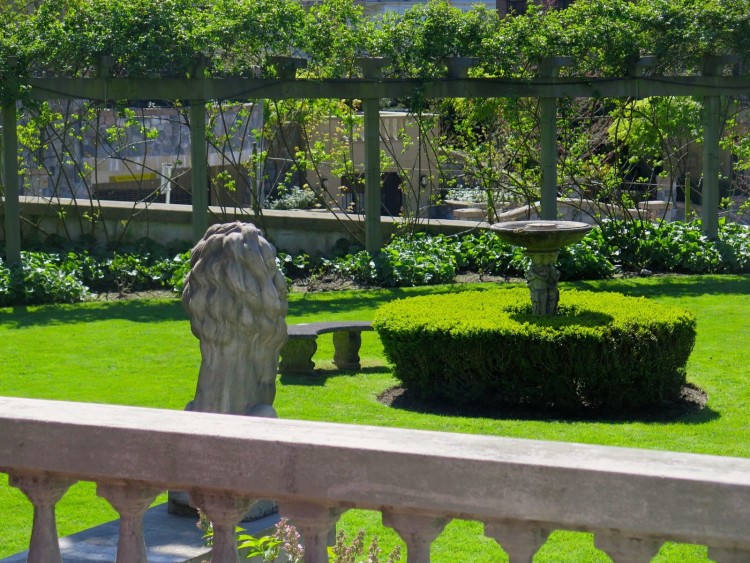 If you visit Vancouver for even the shortest of tours, you will probably hear something about lions: the West and East Lion peaks on the Northshore Mountains and the stately concrete lions who stand guard at the Lions Gate Bridge.

The Lions who guard the Gate were carved by Italian-born sculptor Charles Marega in the 1930s. As he wrote in a frank letter:

“Thank God I have work now. I am modelling a lion for Vancouver’s suspension bridge. I had much trouble to get the work. The engineer is from Montreal and wanted the lion to be modelled in Montreal. But the president of the bridge committee, who is a long friend of mine, and his wife, who was a good friend of Mama’s, finally assigned the work to me. I would have preferred the lions to be in bronze or stone—but it has to be cheap, so they will be done in concrete, which annoys me, as I could have otherwise have made both lions from one model. However, I have to content myself to get work at all.” 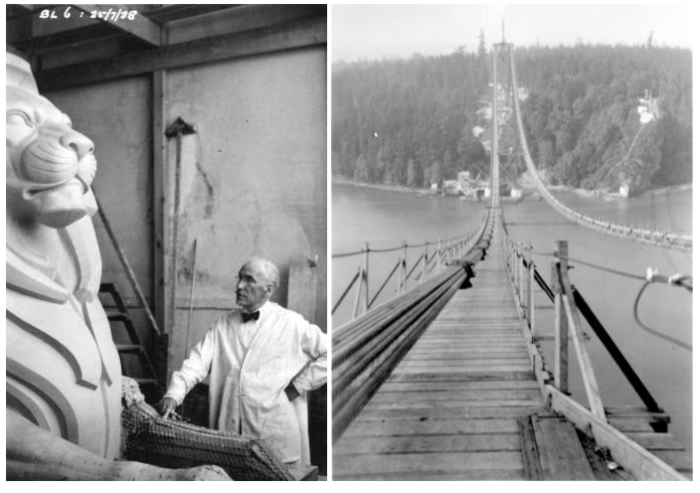 Here’s a film best avoided by the acrophobic and the safety-keen. These 1938 workers are beetling along the half-built Lions Gate bridge, leaping over gaping holes and striding confidently up wobbly boards.

Marega’s bridge lions were much appreciated by Alfred James Towle Taylor, the engineer and businessman who pushed for this link to the North Shore. Taylor hid a pair of his baby shoes and the story of the bridge-building inside one of the concrete lions. Marega was later brought on to build replica lions for Taylor’s own house.

Charles Marega is known for other major Vancouver sculptures, such as Captain George Vancouver at City Hall, David Oppenheimer at Stanley Park and the Burrard Street Bridge busts. You can also see his stone and plaster work at the beautiful Hycroft Mansion, initially home to the well-to-do banking/insurance/real estate mogul Alexander Macrae, his wife Blanche and their three daughters.

Charles died in 1939, and as they said at his funeral: “There is no need to build him a monument. Because of his sculpture he will never be forgotten.”