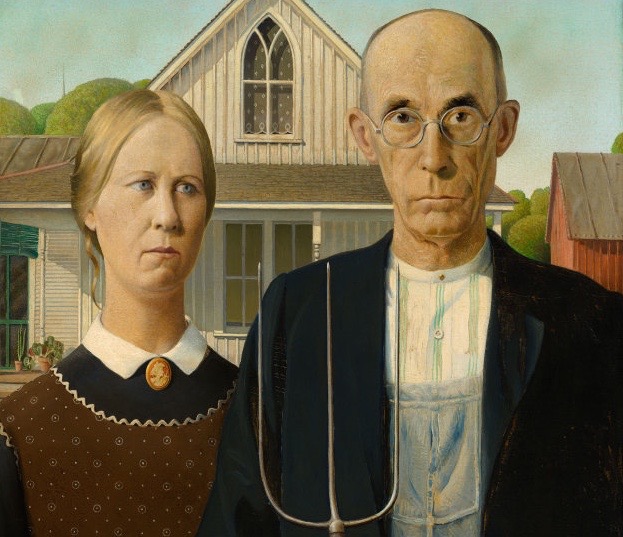 Grant Wood was mad about sugar. This struggling, 1920’s American painter disguised his coffee with a half-cup of the sweet, sweet crystals. A bowl of lettuce, he found, was much more delicious when buried under hills of sugar.

Not surprisingly, Wood spent a lot of time with his dentist, Dr. Byron McKeeby. As he squirmed in the chair, Wood would study McKeeby’s giant hands and his long face with its pronounced lines, tight, grim lips, menacing brows and stern, searching eyes.

One day, when Wood was out from under the drill and driving through Eldon, Iowa, he spotted a small, white cottage that intrigued him with its Gothic arched window and board-and-batten siding. The cottage would make a striking backdrop for a painting, but what kind of characters would round out the story?

“This gave me an idea,” wrote Wood. “That idea was to find two people who by their severely straight-laced characters would fit into such a home.”  Aha! The dentist.

Wood asked Byron McKeeby to don farmer’s overalls and a suit jacket, wield a pitchfork and star in his painting. How could McKeeby refuse his star patient?

Wood thought that his mother, Hattie, would be the perfect painting companion for the dour-faced dentist. But, fearing that the long hours of standing would exhaust Hattie, Wood asked his sister, Nan, to pose in her stead, wearing Mother’s meticulous apron and cameo pin. Sister, mother and brother were a tight trio, given that they lived together in a funeral-home attic. 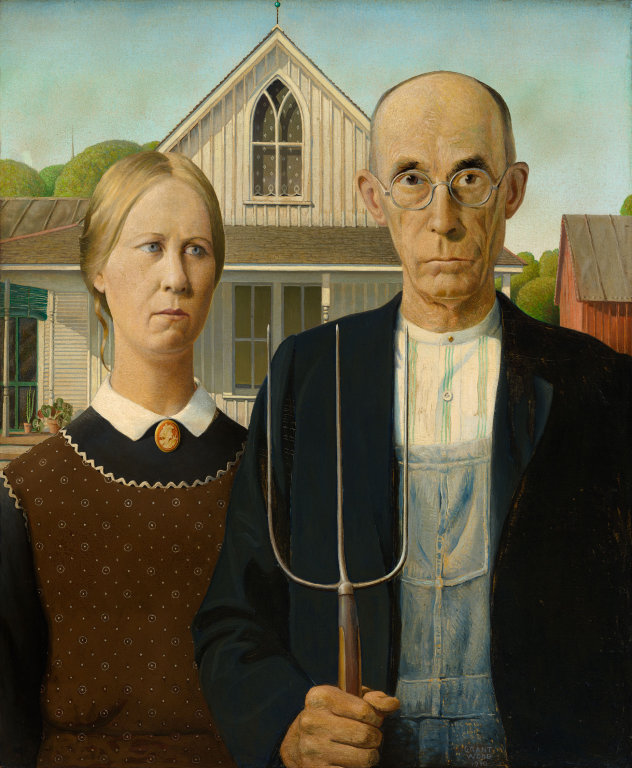 The result was the iconic American Gothic painting, an instant hit. When Wood entered his cottage-inspired painting into a competition at the Art Institute of Chicago, he won $300, a medal and widespread newspaper coverage.

Audiences argued over the painting: was it satirizing or celebrating Iowan culture? Was this an extension of the Flemish Renaissance approach or a new style of painting?  Was it appropriate for such a young woman to be married to such an old man? And what was the meaning of the geranium and mother-in-law’s tongue plants arranged on the cottage porch?

Wood and his provocative painting became a centrepiece of the Regionalist art movement. Over the decades, American Gothic has inspired new art and appreciative satire. The painting has spawned two namesake TV series, one in 1995 and one in 2016.

Dentist and sister stand-ins guard the church and its Gothic arched windows whilst mumbling the Janet lyrics for Dammit Janet in Rocky Horror Picture Show.

American Gothic is still housed at the Art Institute of Chicago –  voted Top Museum in the World through Trip Advisor rankings. Wood’s painting is currently included in The Art Institute’s America After The Fall. Painting in the 1930’s exhibit, housed in Renzo Piano’s beautifully designed Modern Wing.

‘The Fall’ here is the October 29, 1929 stock market crash. How would American artists define themselves during the Great Depression? ‘The result,’ writes Judith Barter, Field-McCormick Curator & Chair of American Art, ‘was artistic sparring throughout the 1930’s between those who wanted an American art based on realism and those who felt that abstraction was a universal language that pushed beyond nationalism.’ 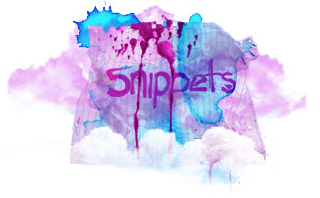 American Gothic is an engaging painting to both absorb as a whole and scan for details. Here are snippets of some of the other terrific 1930’s paintings in America After The Fall: 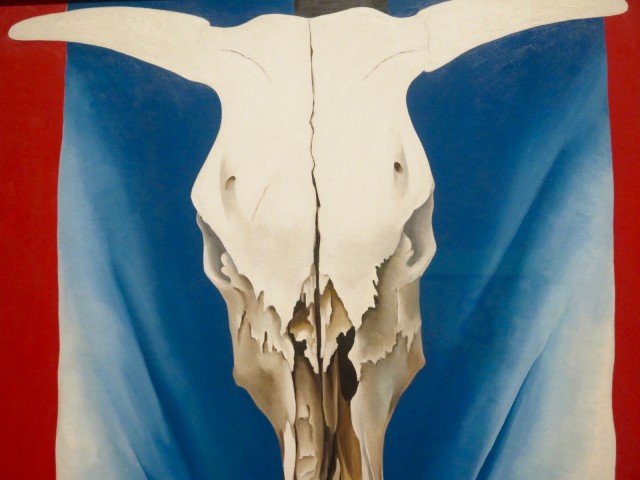 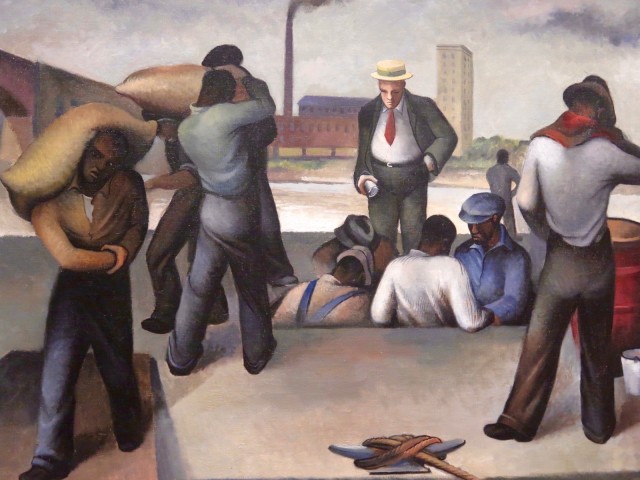 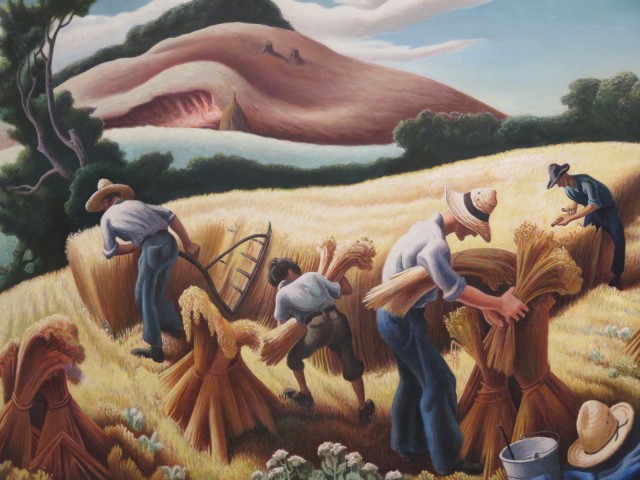 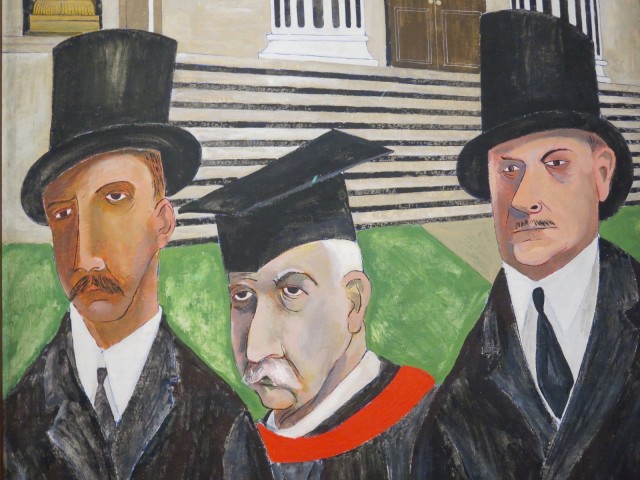 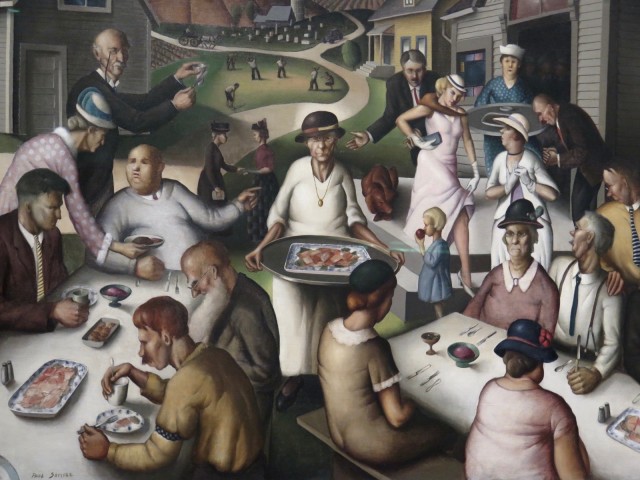 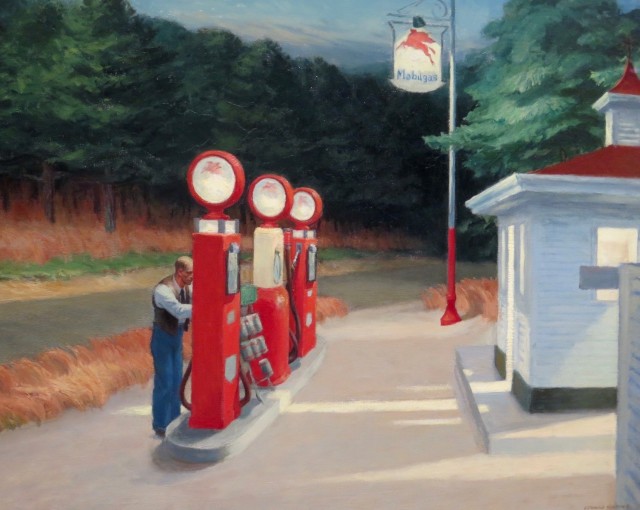 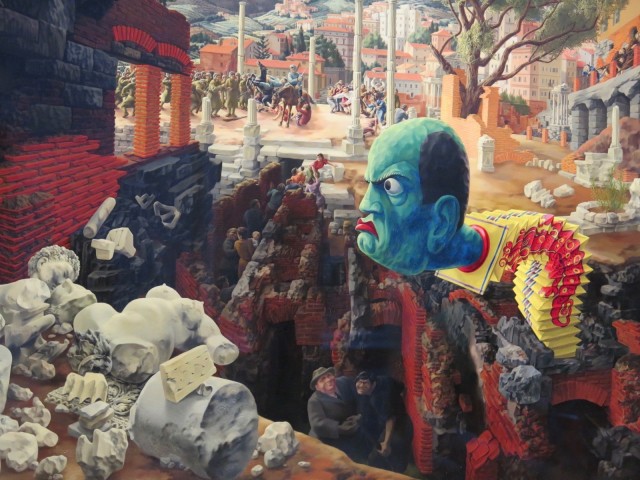 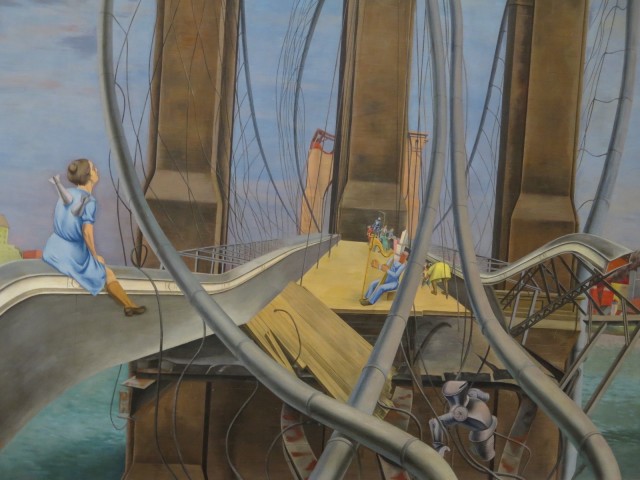 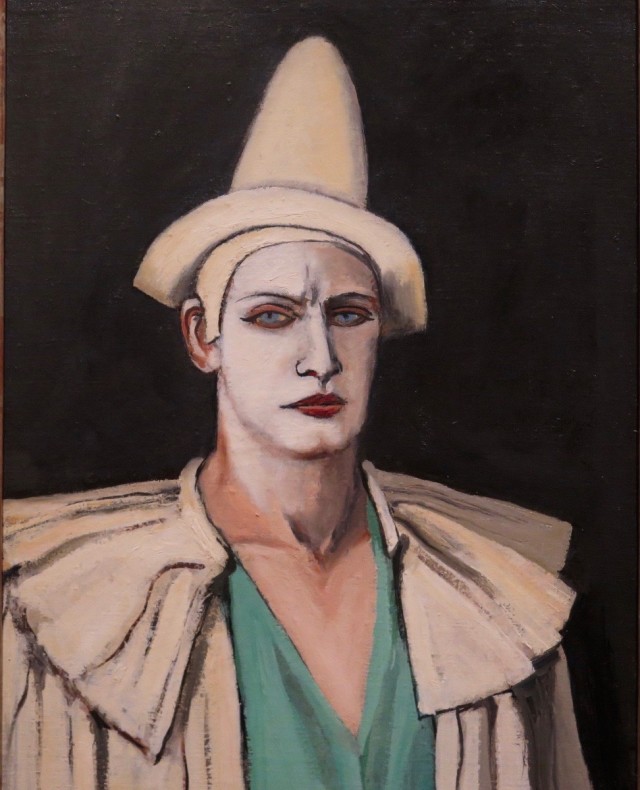 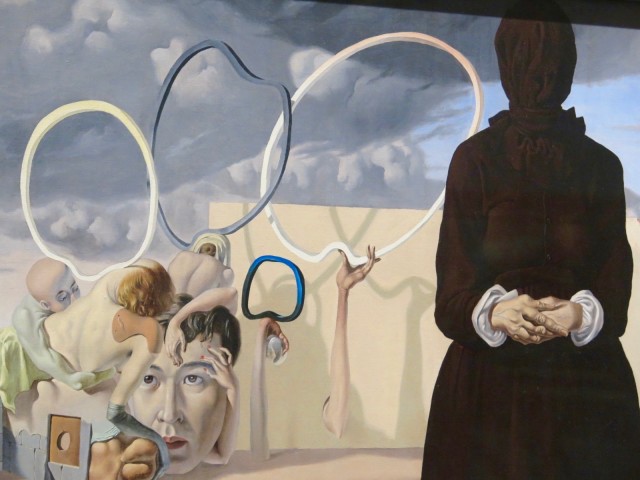 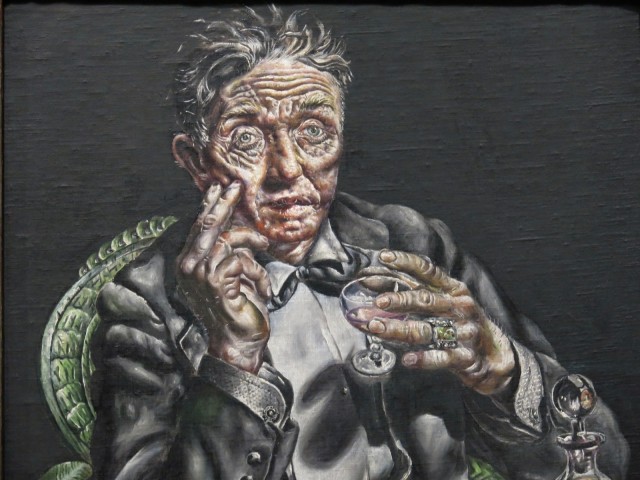 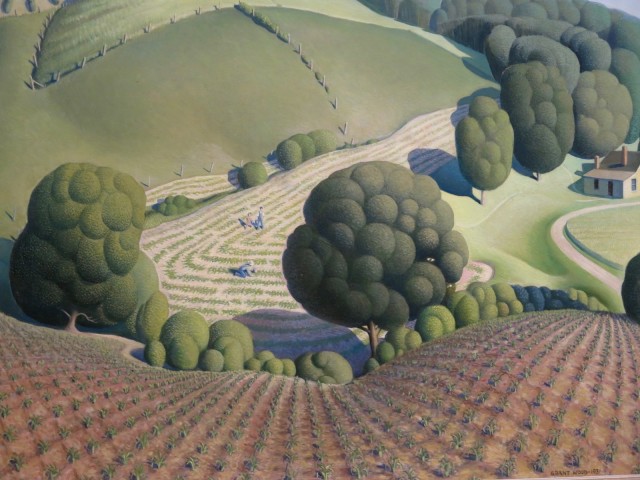 If you happen to be in Chicago before September 18th, America After The Fall  is a wonderful show worth visiting to see these, and many more paintings from the 30’s, in their entirety.

The Art Institute of Chicago offers a wealth of other exhibits in both the original and the contemporary wings. You might remember seeing the museum in a long scene in another classic movie: Ferris Bueller’s Day Off. As a high school student, Director John Hughes used to love spending hours wandering the buildings and admiring the art. 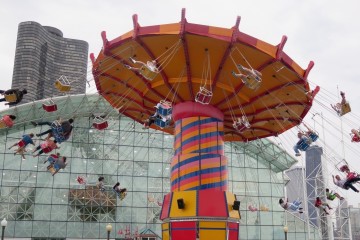