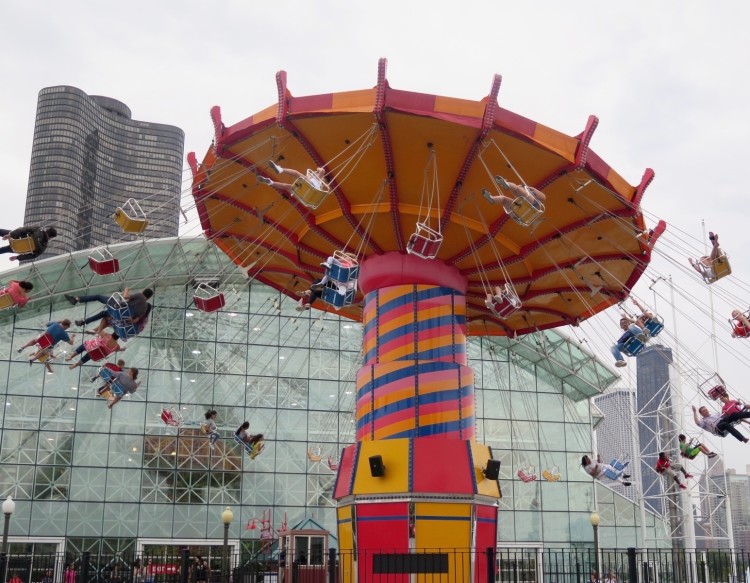 “What if you hit Reverse by accident?”

“I think I’ve seen a car come crashing out of that building.”

As they wander amongst all of Chicago’s stunning buildings, visitors routinely stop cold to stare at the Marina Towers – the ‘Corncobs’ – and their most unusual parking structures.

Cars are visible from below, their bottoms jutting out near the edge. From across the street, you can barely see the two little wires that separate the parked cars from a fresh-air gravity plummet down to the river or street. 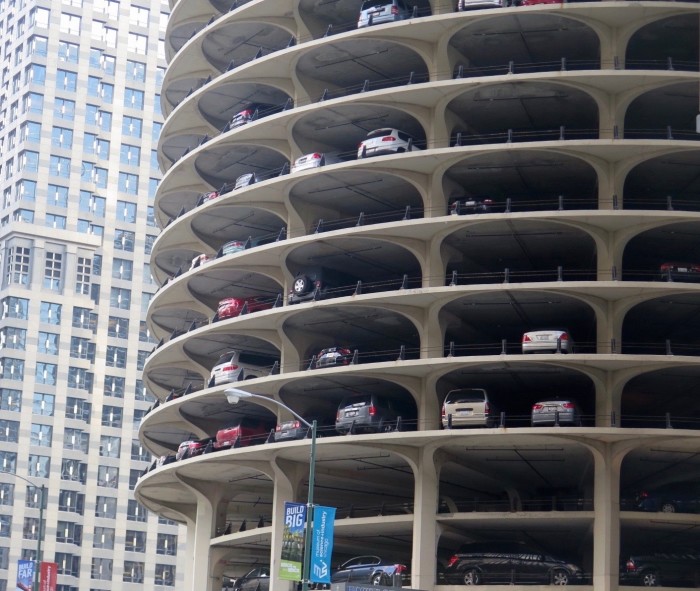 Indeed, you might have seen the commercial that runs just that scenario.

Marina City – designated an official landmark of Chicago in 2015 – was designed by architect Bernard Goldberg and finished in 1967. His goal was to entice middle-class, working Chicagoans away from the suburbs and back downtown. What could he do to refute Arthur Rubloff, the developer, who in response to Goldberg’s downtown dreams said: “who wants to live downtown?”

Marina City included two towers, a theatre, pool, ice rink, bowling alley, an office building, retail, a marina and a 360º open roof deck. It was designed to be a ‘total environment,’ a city within a city. The Marina City Towers were, at the time, the tallest residences and tallest concrete structures in the world. Goldberg described his 36 million dollar design as the petals of a sunflower. 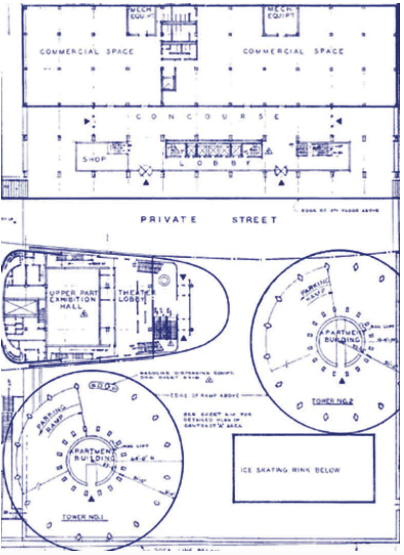 Then, there was the 19 floor, helical parking garage with 900 parking spots. Goldberg knew how much people treasured their cars, so why not give them the chance to show them off to the world?

Valets would greet your car at the entrance and drive it up to its spot. When the valets were done, they would hop onto a man-lift, aka a human conveyer belt, that would take them to their next car duties. The man-lift eliminated the need for elevators or staircases that would encroach on valuable parking space.

Chicago & Its Buildings
For those who appreciate architecture, a visit to Chicago is a must. Marina City and a long list of other, remarkable buildings can be seen by foot, bus and – a highlight – a river cruise run by volunteer docents from the Chicago Architecture Foundation. 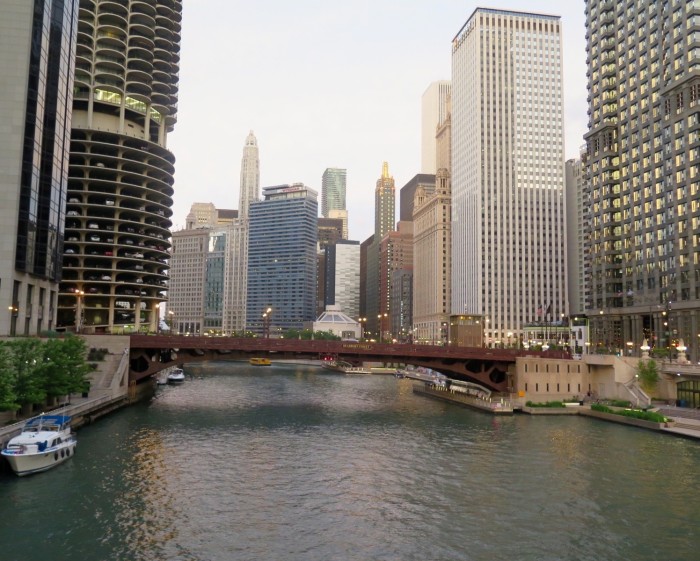 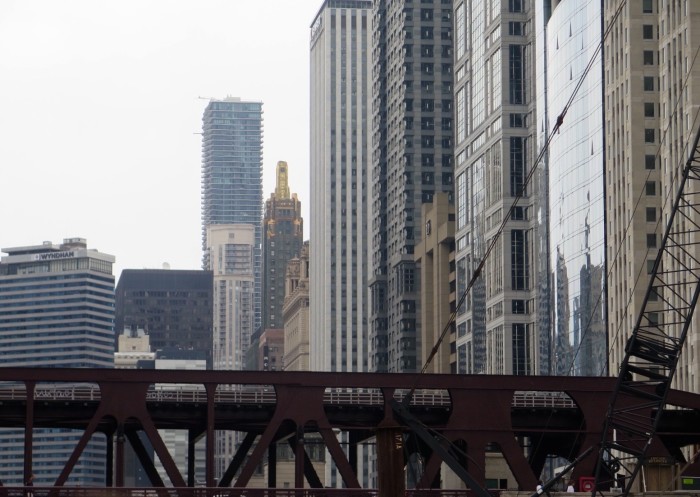 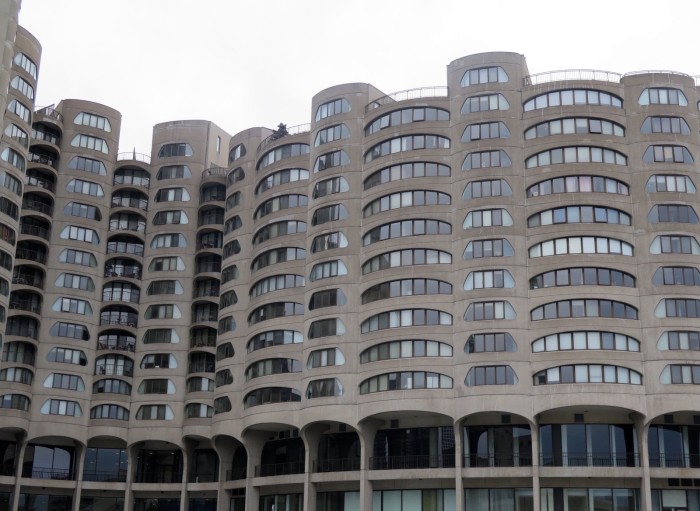 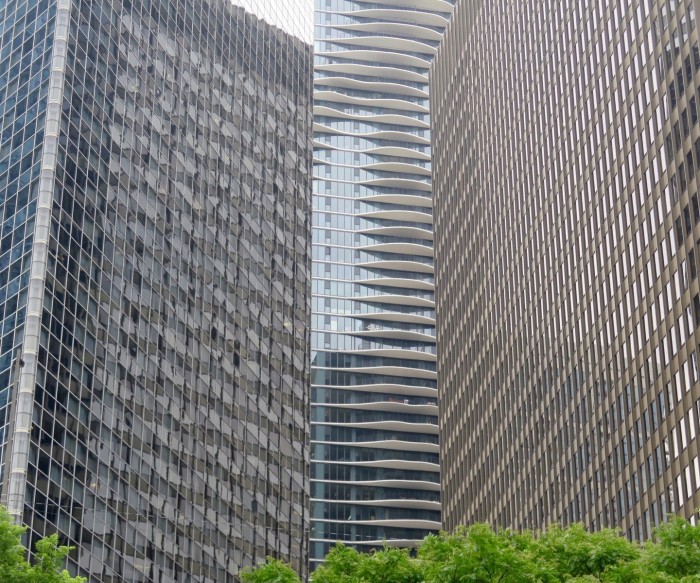 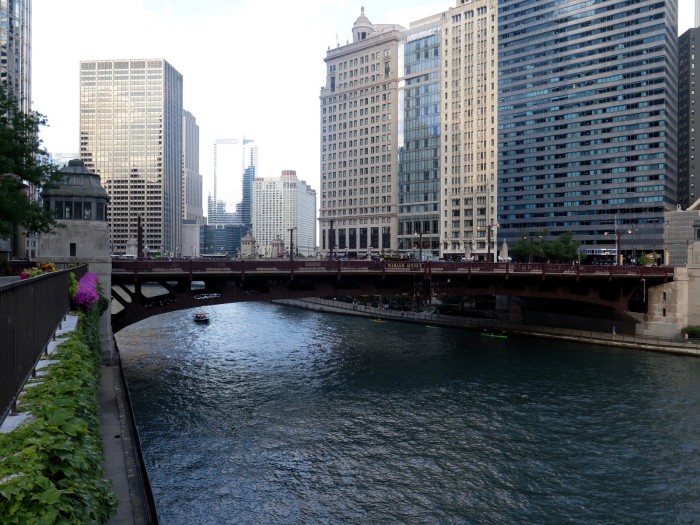 The Wrigley Building, designed by architect Charles Beersman, peeks out from all sorts of angles around the city. 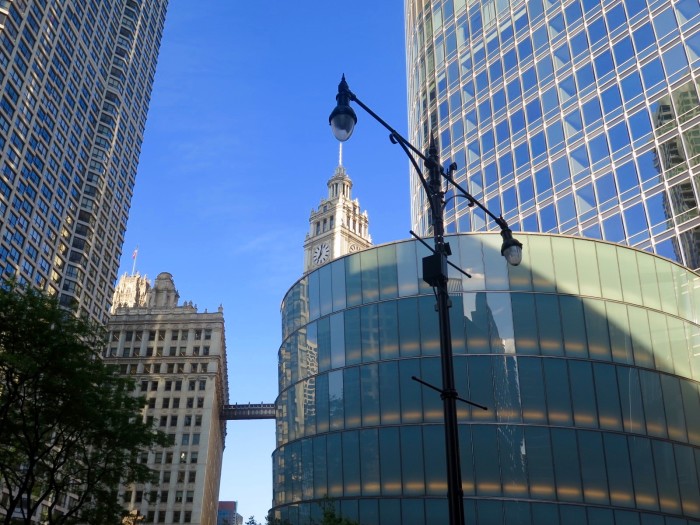 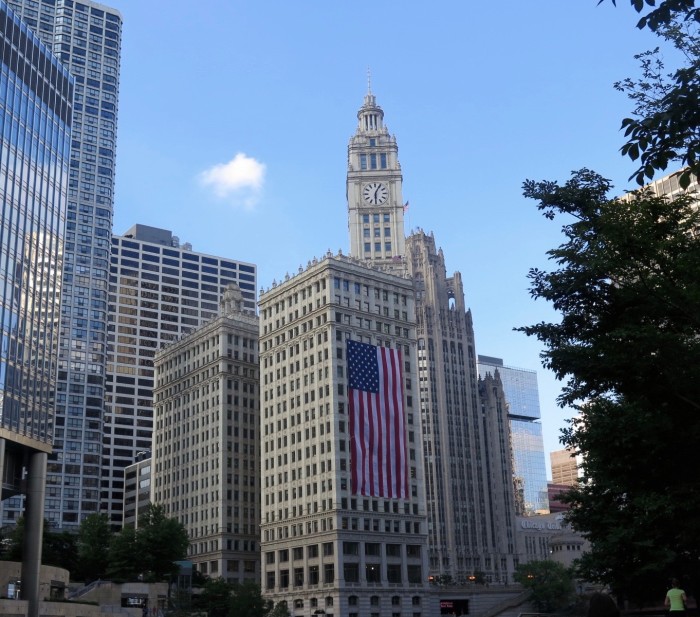 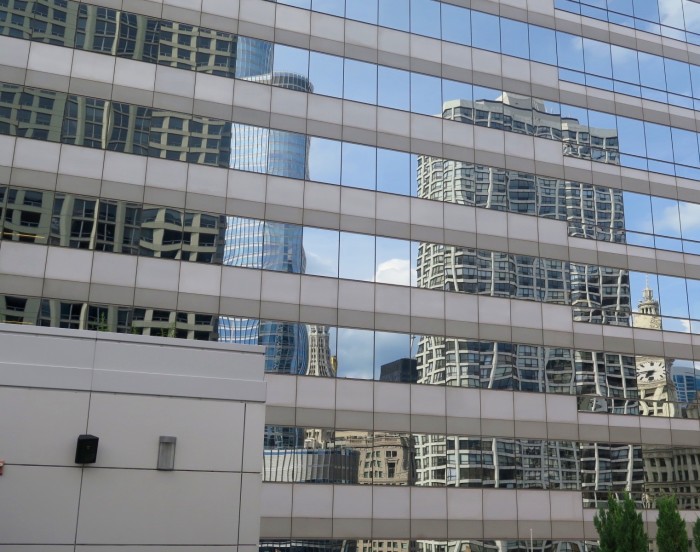 Particularly striking are those areas where carefully designed buildings play so beautifully against the green. 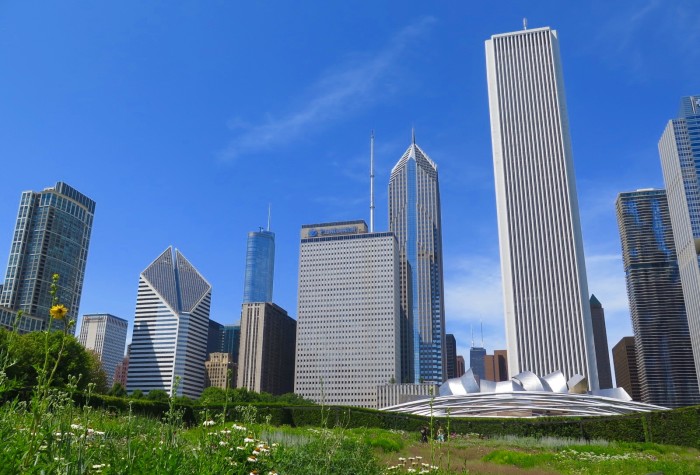 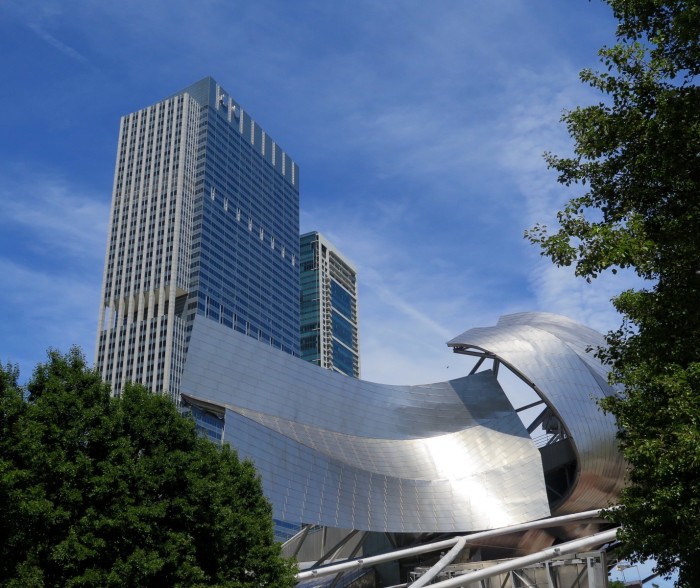 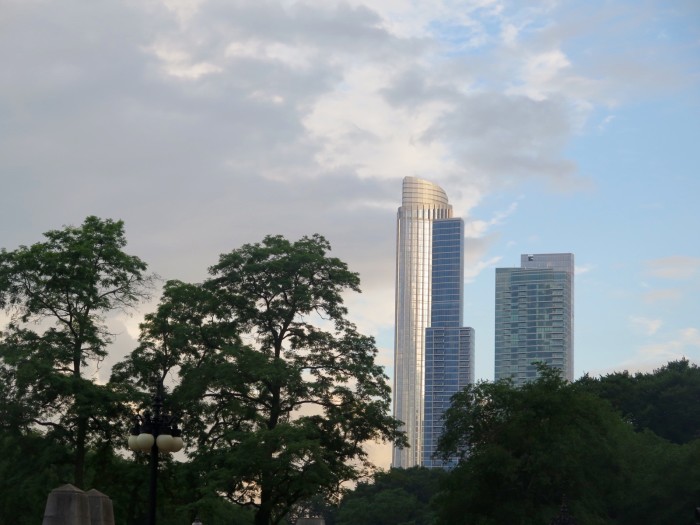 Those who have seen the Bob Newhart Show, in real time or reruns, might recognize the Chicago Skyline as Bob makes his way to work. 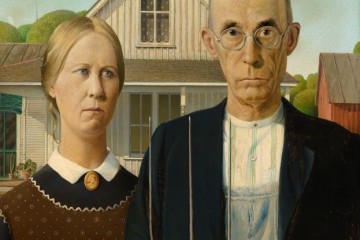