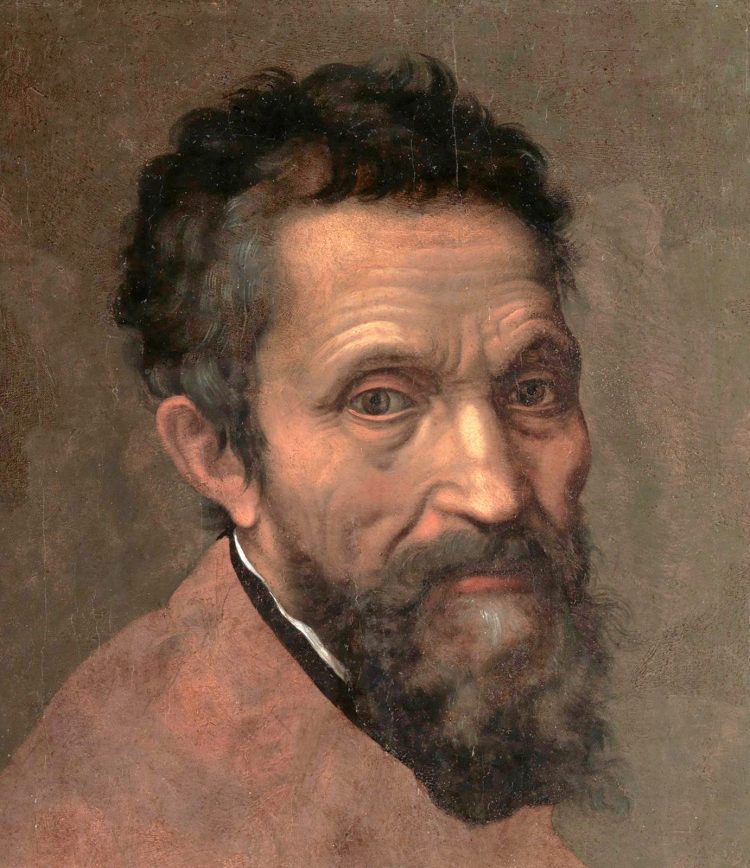 Most of the Italian Renaissance sculptors would create sample models first. It is not until they were satisfied with their prototypes that they would set into the unforgiving marble. Michelangelo, once again, stood apart. In creating David, he started chipping at the Carrara marble right away.

And this was a twice rejected, hard luck piece of bashed up marble. Originally shipped to Florence from the Fantiscritti quarry in Carrara, this particular block had been assailed and abandoned by two other sculptors: Agostino de Duccio, and Antonio Rossellino.

But, Michelangelo di Lodovico Buonarroti Simoni was determined. He felt that a restless figure was imprisoned inside this glorious rock and it was his job to liberate them. As he said: ‘Every block of stone has a statue inside of it and it is the task of the sculptor to discover it. I saw the angel in the marble and I carved until I set him free.’ 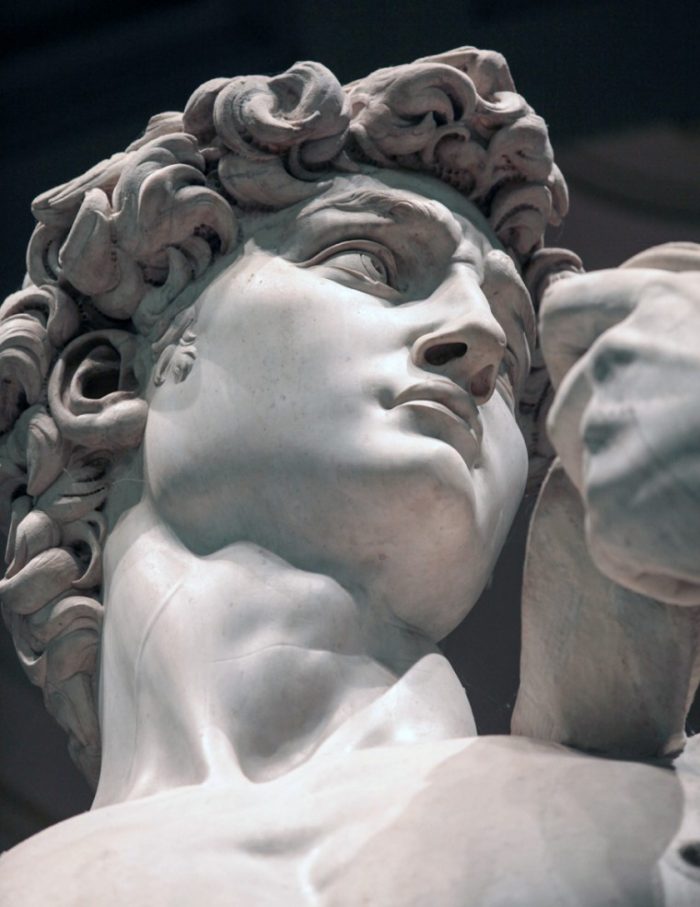 Gradually – as Michelangelo did his work from September of 1501 to May of 1504 – more and more captive body parts were freed from their rock prison. Those huge hands of young David must have been impatient to break out and take on Goliath. We see Michelangelo’s David with his jugular vein engorged, a sling over his left shoulder, and a stone in his right hand, ready for battle.

At over 17 feet tall and weighing more than six tons, David now stands in the Accademia Gallery of Florence, or Galleria dell’Accademia di Firenze.

While pandemic life means David is being spared the usual onslaught of visitors – nice to give those now weakish ankles a break? – his nooks and crannies are being captured by sculpture-safe lasers. All this painstaking 21st century work so his 3D doppelgänger can stand tall in the Italian Pavilion at the Dubai World Expo.