“It took me some time to understand my water lilies,” said Claude Monet of the pond in his Giverny garden. “I planted them purely for pleasure; I grew them with no thought of painting them. A landscape takes more than a day to get under your skin. And then, all at once, I had the revelation – how wonderful my pond was and reached for my palette. I’ve hardly had any other subject since that moment.”

With his glorious garden scenes, some might assume that Monet’s life was content. But, this Paris-born, child prodigy struggled through plenty of dark times: an artistically unsupportive father, being drafted into the cavalry, typhoid fever, early critics who rejected this new ‘impressionism,’ the early death of his mother, the death of his first wife, serious depression.

Monet’s singular talents and pioneering techniques did bring him later success. Despite years of failing vision thanks to double cataracts, Monet painted into his 80s. Here he is, as ever,  painting in his garden.

Now, through October 21st, the Vancouver Art Gallery is presenting Claude Monet’s Secret Garden, featuring 38 of his paintings. Ours will be the only North American city to exhibit this selection from the Monet treasure trove at the Musée Marmottan Monet in Paris.

You can follow the VAG tour on their app, where six paintings from Monet’s Secret Garden are paired with the music of six Canadian composers. Claude Schryer’s Blowin‘, for instance, accompanies Monet’s Champ d’iris jaunes à Giverny, painted in 1887 and featured in our header. 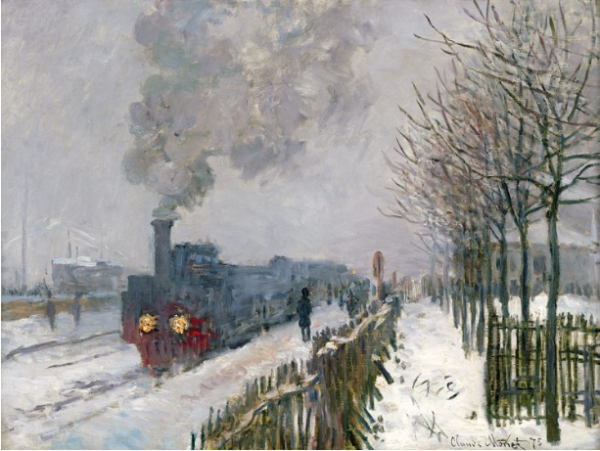 R. Murray Schafer’s Snowforms accompanies the painting below, Les Roses, which Monet painted from 1925 to 26. 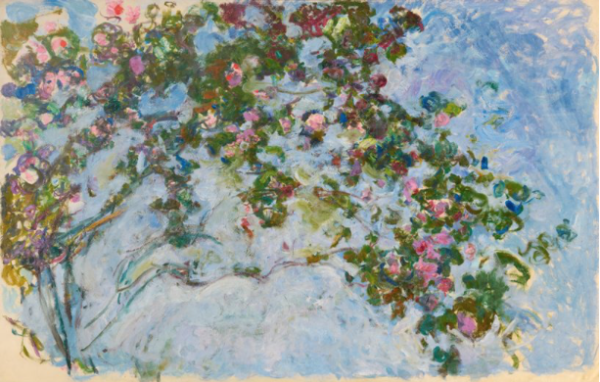 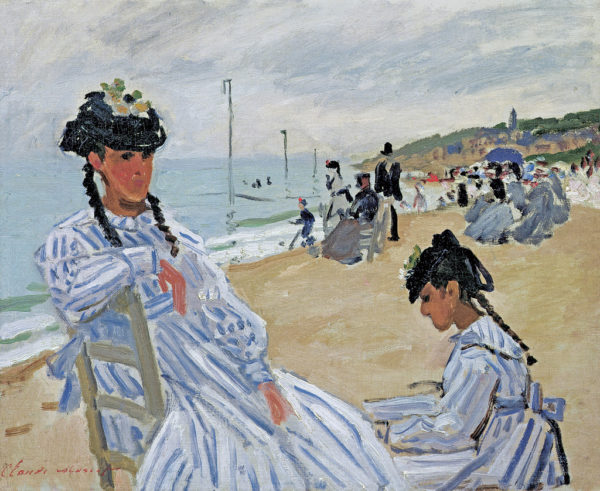 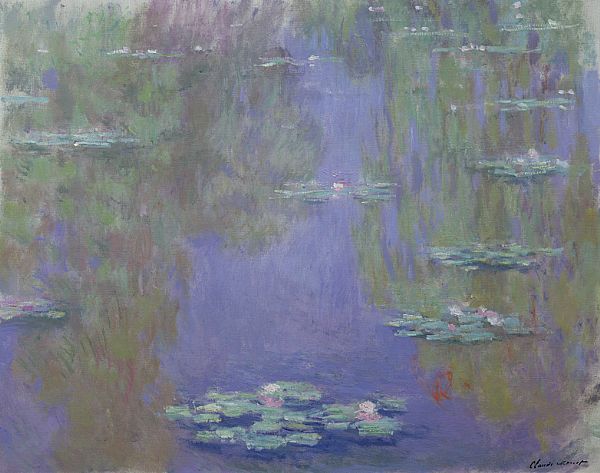 “I must have flowers, always and always,” said Claude Monet.