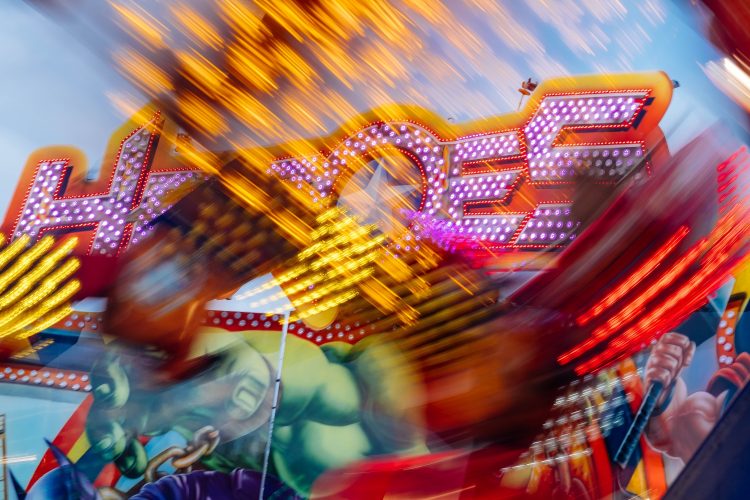 ‘Be it known that I, William J. Morrison, of Nashville, county of Davidson, State of Tennessee have invented an Improvement in Candy-Machines.’ So declared William J. Morrison, inventor and dentist, in US patent 816,114. This 1906 patent was the follow-up to the 1903 patent – 717,756 – he filed with co-inventor, John C. Wharton.

‘This invention relates to certain improvements in that class of candy-machines which are adapted to convert ordinary granulated sugar into finely-attenuated threads.’ 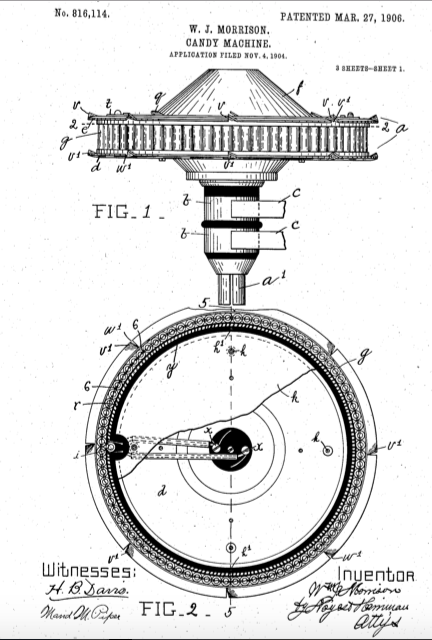 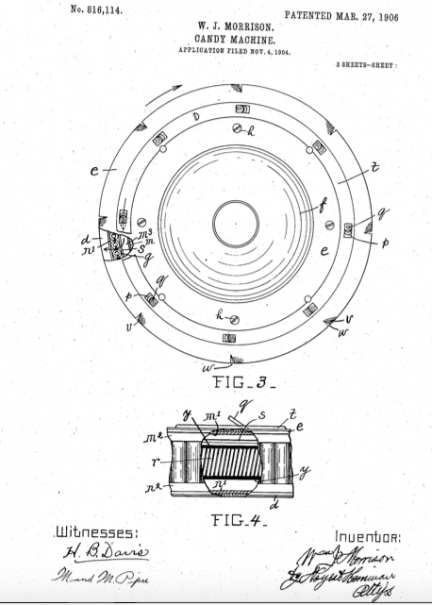 It was at the 1904 St. Louis Fair that Morrison and Wharton’s first Candy Machine got put to the test. Over seven months, they sold more than 68,000 wooden boxes of fairy floss.

Carnival goers – and their dentists? – have been appreciating fairy floss ever since. Now, fairy floss – named cotton candy by another dentist, Josef Lascaux, in 1920 –  has made its way out of the fairground with recipes like Vancouver baker Tessa Sam’s Vanilla Cotton Candy Cupcakes. ‘The light sweetness of the vanilla cupcake perfectly balances out the sugary-sweet cotton candy frosting. To avoid a sticky mess, be sure to top with cotton candy immediately before serving.’

Sam’s fair-fitting cupcake is one of a long list of delicious recipes in her 2018 book, Sweet Bake Shop, titled after the boutique bakery she once owned in Yaletown. ‘The first few months were a blur of cake crumbs and little sleep. On more than one occasion, I found myself spending the night in my shop, napping on a piece of flattened cardboard, so that I could keep an eye on cake layers baking in the oven. Oh, the glamorous life of a new business owner!’ 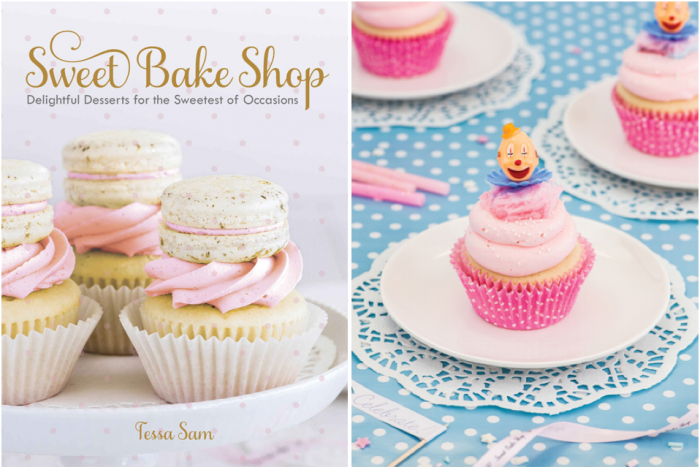 Sam decided to trade bricks and mortar baking for sweetness online. “These days, things are a little less hectic. I teach baking workshops, film videos for my You Tube channel and keep up with my blog and social media. I also still enjoy spending time in the kitchen, whipping up sweets for weddings and parties.’ 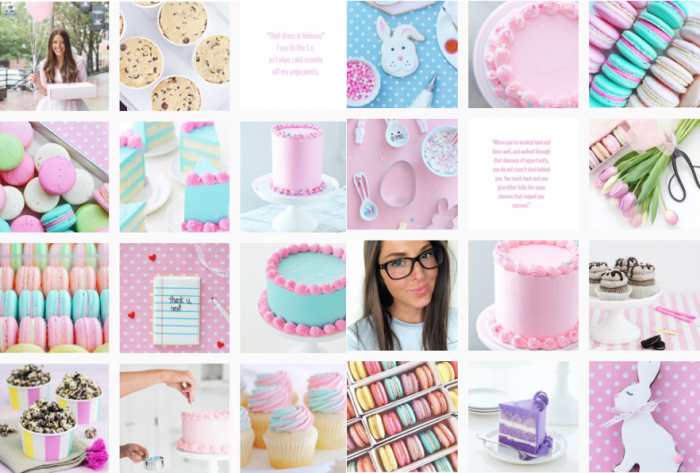 Once you’ve mastered the Cotton Candy Cupcakes, Sam can teach you how to pipe a fluffy frosting border on a cake.