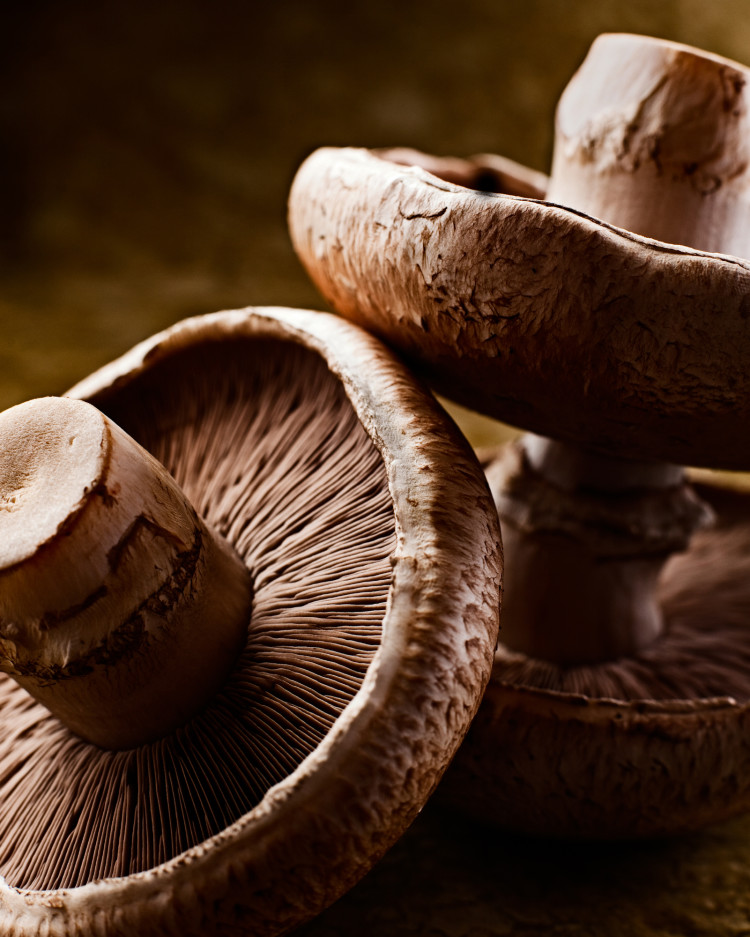 Now that Father’s Day is upon us, the tongs, hickory chips and blazing Texas sauces are hogging store displays.

If you play the free association game, any mention of men or food quickly triggers words related to meat and barbecuing. Experts debate the whys. An ancient connection to successful hunting quests and celebrations over the fire? A greater need for male muscle mass and hence protein? A genetic taste pre-disposition? 1950’s suburban backyards and the expectation that men would do more around the house?

Most will agree that the word ‘barbecue’ links back to the northern part of Hispaniola in Spain. Shipwrecked sailors and runaways found themselves on this island populated with cattle and pigs. As Reay Tannahill writes in Food in History: ‘From surviving Caribs they learned the old island trick of smoke-drying meat on greenwood lattices erected over a fire of animal bones and hides.’

‘Boucan’ was the name for this Carib technique. ‘Barbacoa’ was the Spanish name for the drying lattices and this led to our ‘barbecue’ or ‘BBQ.’

Visually has created an infographic: 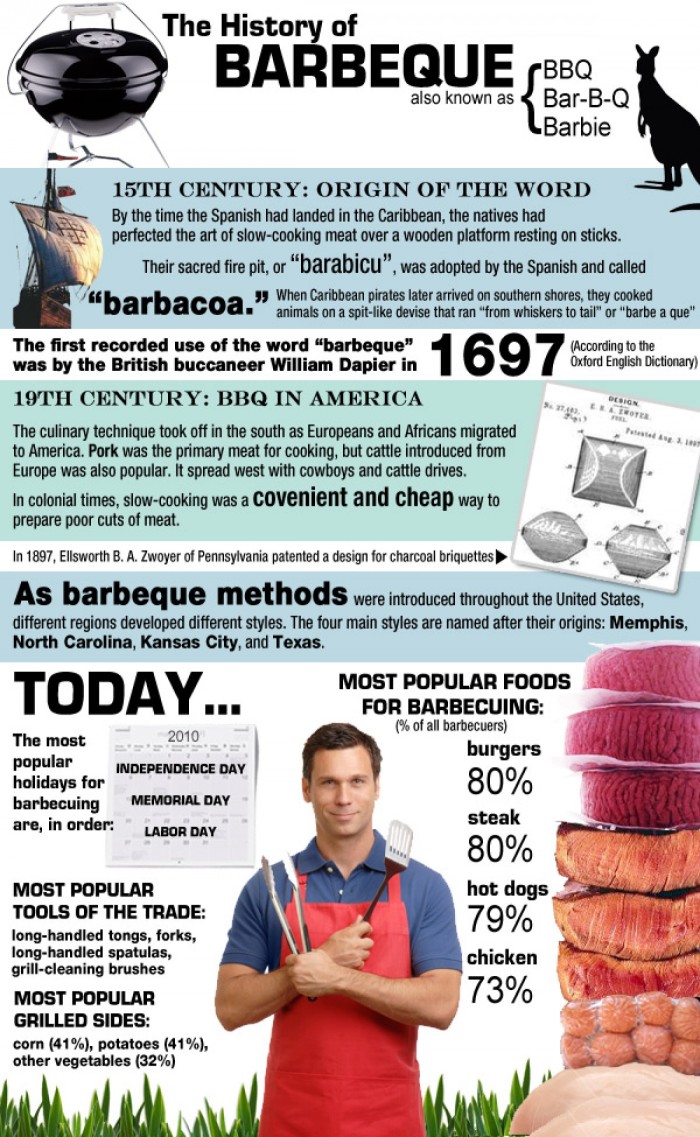 If you want something barbecue themed for a father – or a person of any gender who likes to barbecue! – one of our Vancouver creators has just published a mouth-watering cookbook. 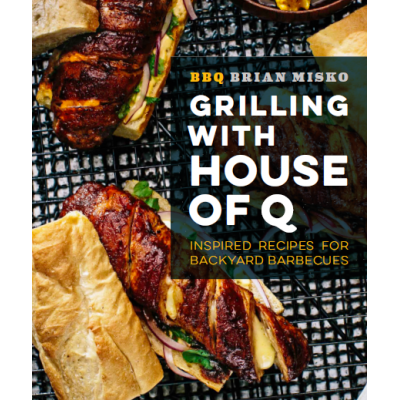 Kevin Clark, a noted food photographer whom we profiled previously, has brought his gorgeous photos to: Grilling with House of Q. It’s a cookbook featuring another local – Brian Misko, who heads the ever-successful House of Q Competition Barbeque team.

“I suck as a cook ,” says Clark, “but have actually made several things from the book and they’ve turned out great.” 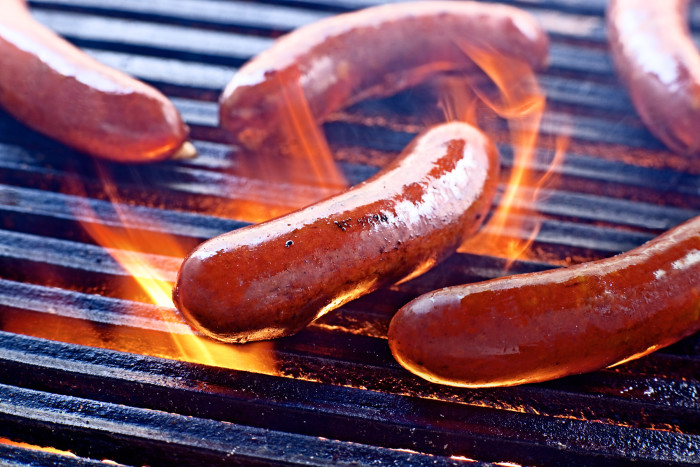 There are Dads, of course, for whom tongs, grill scrapes and beer-themed aprons are none too thrilling. My own Dad would have had to dig deep in his acting box to feign any sort of delight in barbecue accessories. But, he would have tried.

To those who are looking for a Father’s Day present that is less carnivorous, the Vancouver International Jazz Festival is underway. This weekend, you’ll find free shows at Granville Island. You can also check out award-winning groups, like the Brad Turner trio, playing at jazz-friendly locales like Pat’s Pub.

Upcoming at the Orpheum are Erykah Badu, Pink Martini and Jimmy Fallon’s favourites: The Roots.