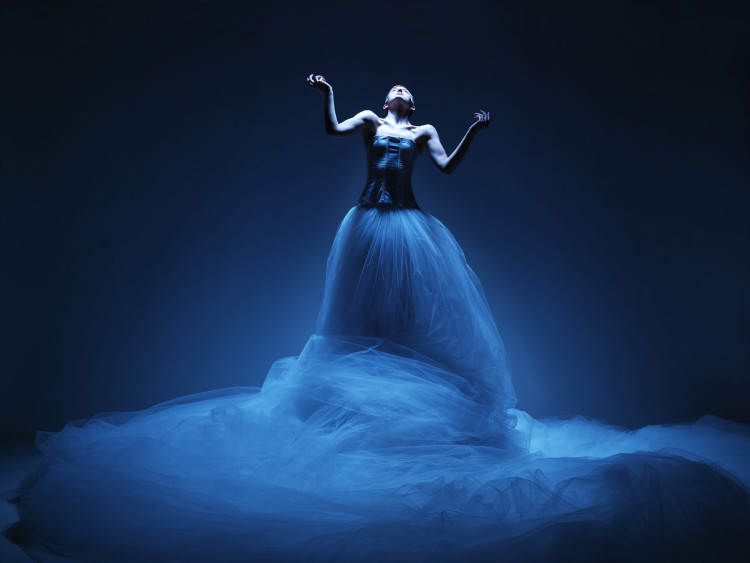 Photographing dance is notoriously difficult. To excel, the photographer must have precision timing and an eye for the moment. An intuitive understanding of music and choreography is key. And, if the camera is focused specifically on ballet, then its operator must appreciate the fight for perfection.

Ballet dancers, and their knowledgeable audiences, want to see hands, feet, torso, legs, face angled exactly as they should be. After all those years of practice, the ballerina does not want to see a picture of herself just before or just after she hit the perfect position.

Dance companies and arts publications need to know that they are working with an artist who can meet these stringent demands. That is why they call on renowned Vancouver photographer, David Cooper.

Cooper has shot The Royal Winnipeg Ballet, Ballet BC, Pacific Northwest Ballet, The National Ballet of Canada and a long list of contemporary dance groups and soloists across the country. You will find Cooper and his cameras in the studio, at dress rehearsal or live in the theatre.

In 2014, The National Ballet of Canada brought in Cooper to shoot a live Vancouver performance of Swan Lake, as choreographed by the talented James Kudelka. 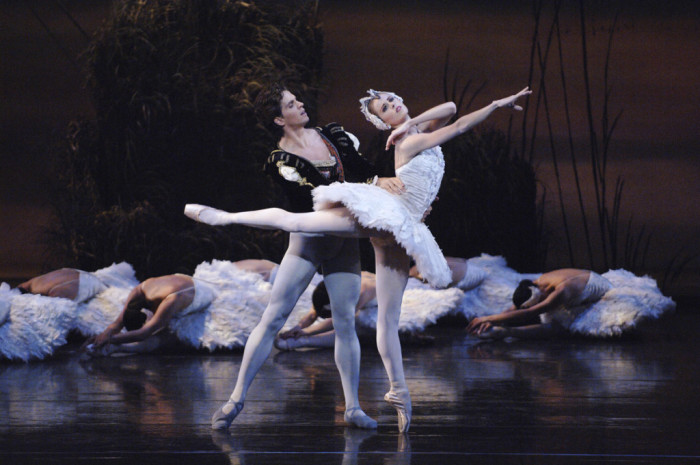 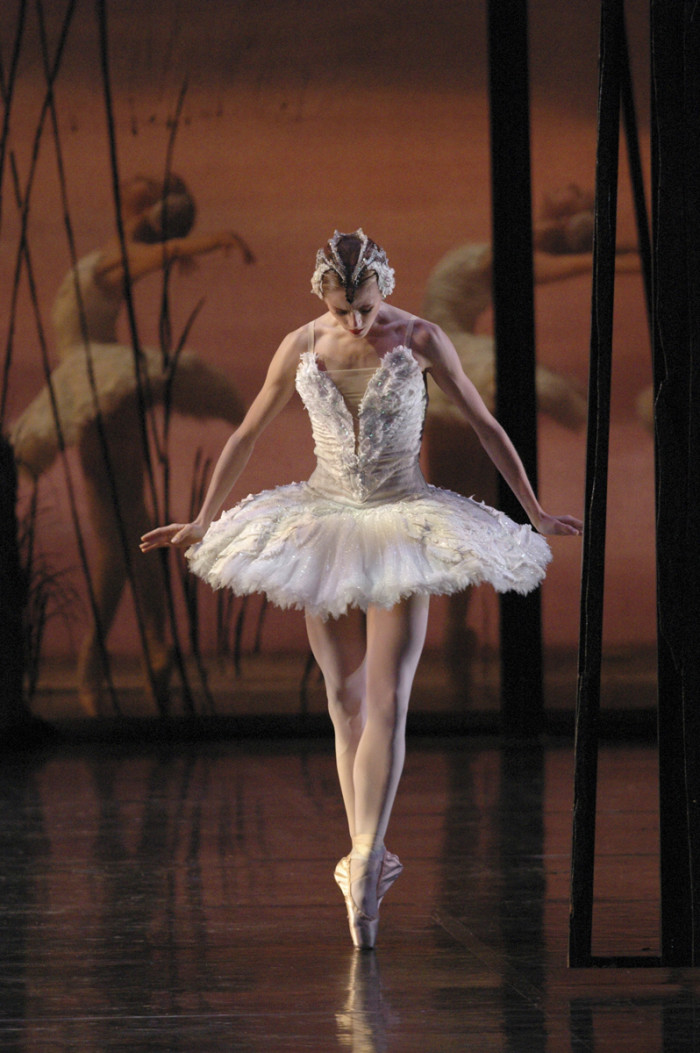 For this picture of lead dancer Heather Ogden, Cooper “shot from the back with a 300mm telephoto lens which brings the stage very close. I used a blimp around the camera to keep the shutter noise quieter.”

“Shooting from the back is not ideal, but I had two cameras to cover different views. The lighting was very beautiful, and the 300mm lens compresses space so the foreground and background feel the same size, unlike a wide angle where the foreground would appear much larger. Shooting an actual show always has better dancing than a dress rehearsal, so it was a special night.”

Cooper is a self-taught photographer. “I was one of the people who always had a camera in high school. I was involved with the yearbook. We had a dark room where we were able to do basic black and white work.”

He enrolled in University of Toronto’s five-year undergraduate Architecture program, but decided to step away after second year. “I took a year off. I think I was exhausted. Professional programs are intense.” Cooper decided to move into graphic design and photography, but feels he benefited from those two years of biting critique and design training. “I had never really dealt with that kind of honesty. As a professional, you have to deal with that.”

When Cooper was starting out, there was a strong need for good dance photographers. “Most of the stuff being given to magazines was horribly out of focus.” Canada Council approved a grant for him to travel to Winnipeg, study the Royal Winnipeg Ballet and learn how to photograph dancers.

“I would sit in their rehearsal hall and watch. I set up a dark room in our apartment.” Cooper would take practice shots – in the “grainy rehearsal hall, with no available light” – and ask the dancers for feedback. Shot by shot, he improved his skills. So much so, that the Royal Winnipeg Ballet invited him back to shoot for them professionally. “I eventually did about twenty years with them.” 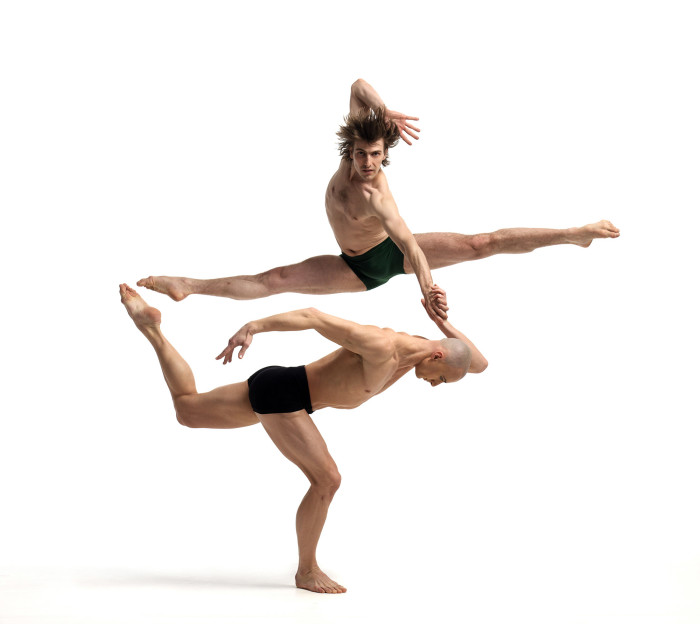 As Cooper was getting his start, so too was famed ballerina, Evelyn Hart. “I was able to be in there when Evelyn Hart was growing as an artist, gaining renown. She was a really sensitive artist and would give me very strong lighting direction.”

Cooper captured a photo of Hart with his daughter, Emily, at five weeks old. 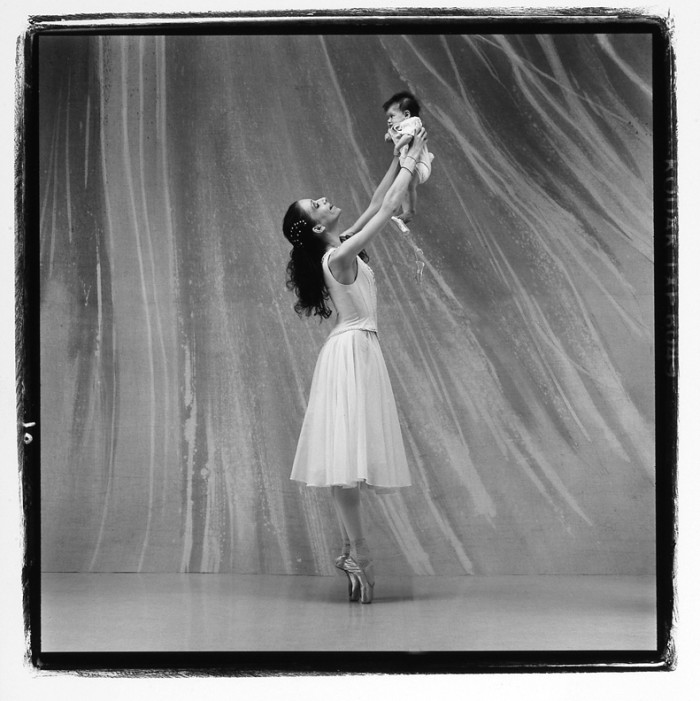 “Evelyn and I have kept in touch over the years. She is dancing again with James Kudelka. I saw him doing his first day with her. They were pushing pretty hard.” Hart and Kudelka were working on Vespers, which is based on the music of Claudio Monteverdi and will premiere in the spring of 2017.

Cooper wasn’t photographing Hart this time. “I dropped into their studios. I just like watching rehearsal. It’s like I’m back sitting in the corner in 1979. There are all of these amazing bodies doing interesting things.” 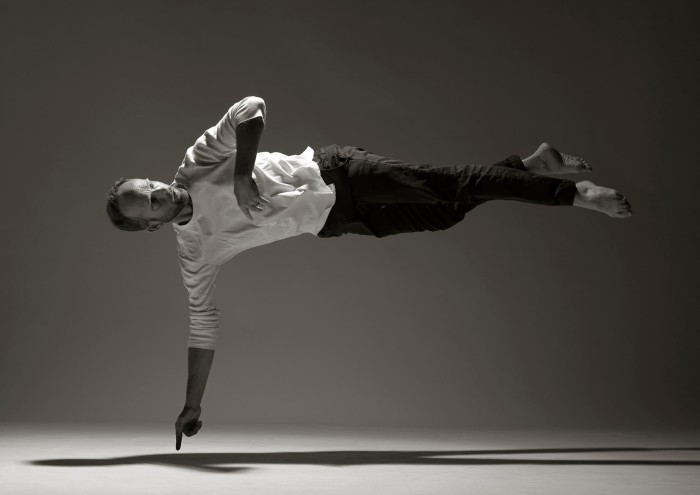 And Katherine Cowie in a shoot for Lesley Telford: 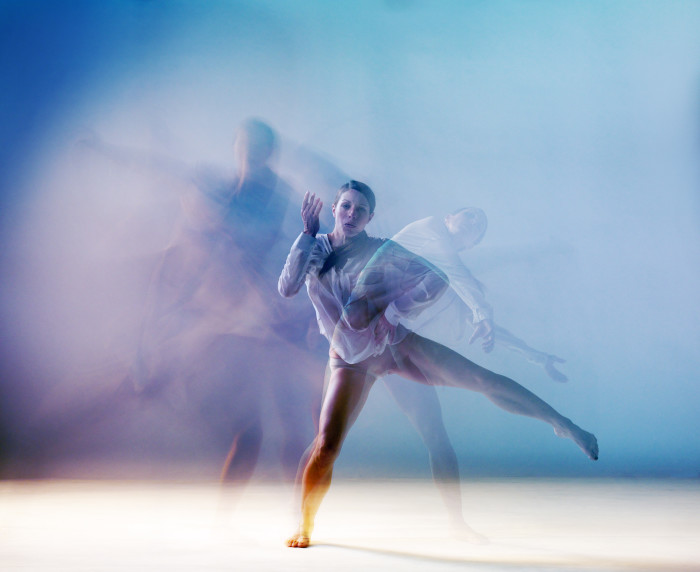 Cooper will often shoot dancers in his own studio, which is equipped with a sprung floor. He also teaches workshops in dance photography. Cooper will bring in some of the “best dancers in the city” to inspire great shots and to show attendees what it is like to photograph professionals who are dancing in real time.

“I’m controlling the environment and the light. They are under pressure when they are working here. They have to learn how to work with a dancer, how to communicate, how to count in.”

Members of Company 605 are some of the many professional dancers Cooper brings into his workshops. 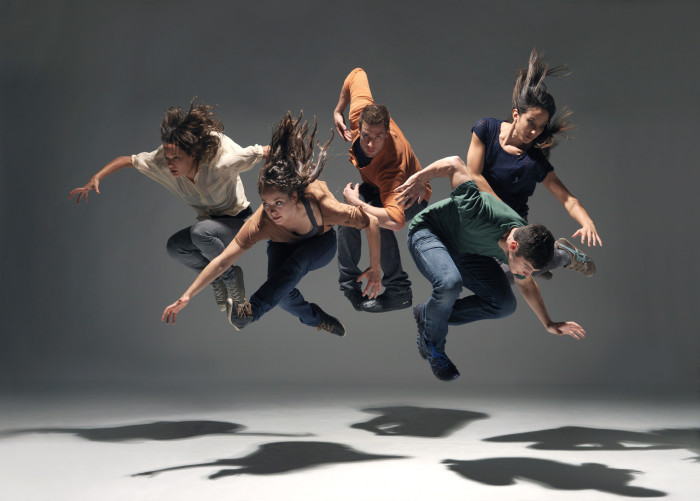 “There is a camaraderie. Everyone is trying to get great shots.”

David Cooper’s photography has not been limited to dance. He is also celebrated for his work in the theatre. One of his most beloved gigs has been with The Shaw Festival in Niagara-on-the-Lake.

It was the Shaw Festival’s Artistic Director of 25 years, Christopher Newton, pictured below, who brought in Cooper after having worked with him at the Vancouver Playhouse. 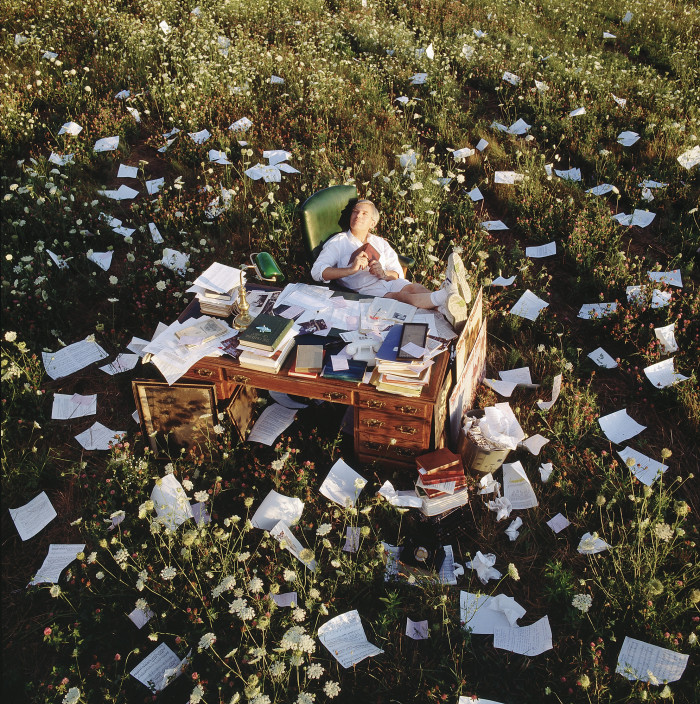 “I just finished my 37th year with them. I’m now more of a production photographer. I photograph every actor, designer, stage designer. There are 65 actors in the company and we put all of their photos up on the wall.”

Cooper collaborated with Art Director Scott McKowen on 10 years of brochures and handbooks for The Shaw. They were working six months in advance of the Festival, long before the plays were even cast. Cooper and McKowen were able to take a selection of actors out into the real world and to create imaginative scenes inspired by the upcoming plays.

“We had complete free reign to do whatever we wanted with the actors. It was a unique situation. It was just myself, Scott and his wife, who was a theatre designer.”

The result was a striking series of images that helped generate excitement for the upcoming season and define the look of The Shaw Festival. 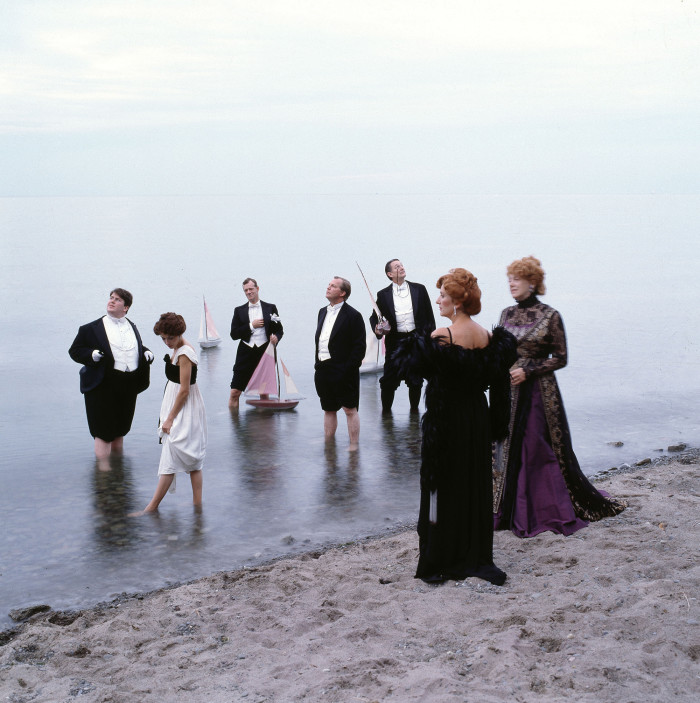 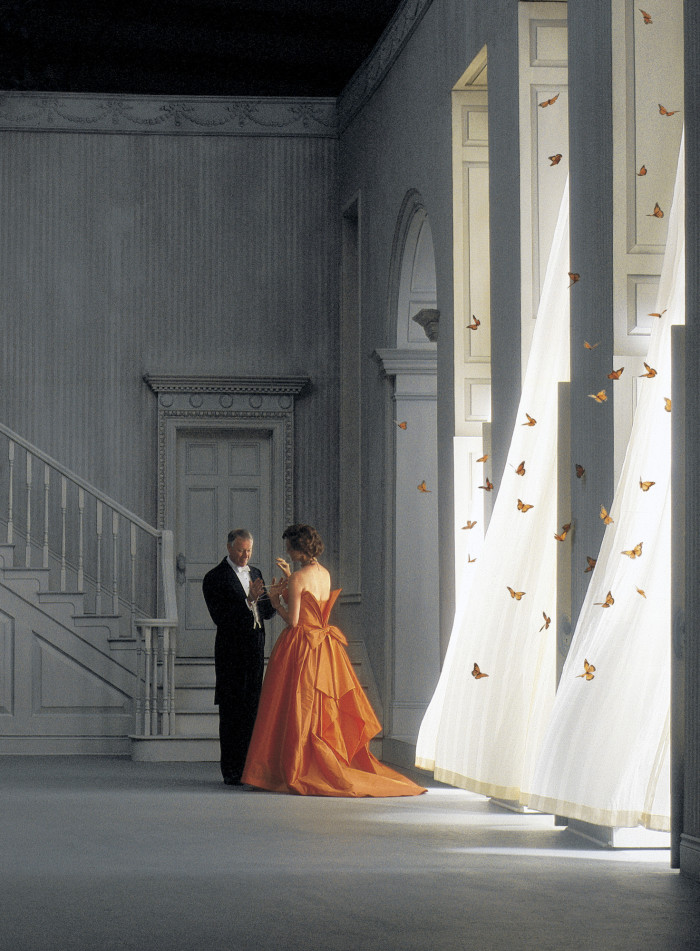 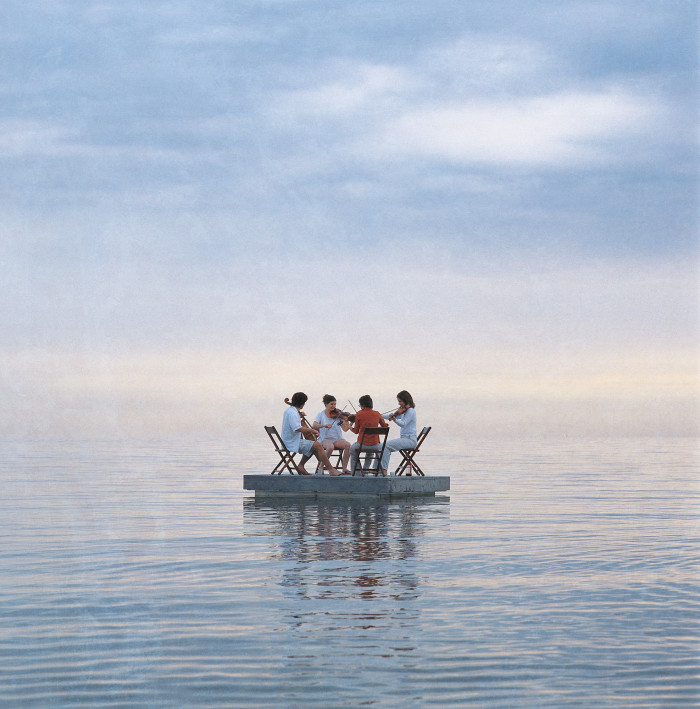 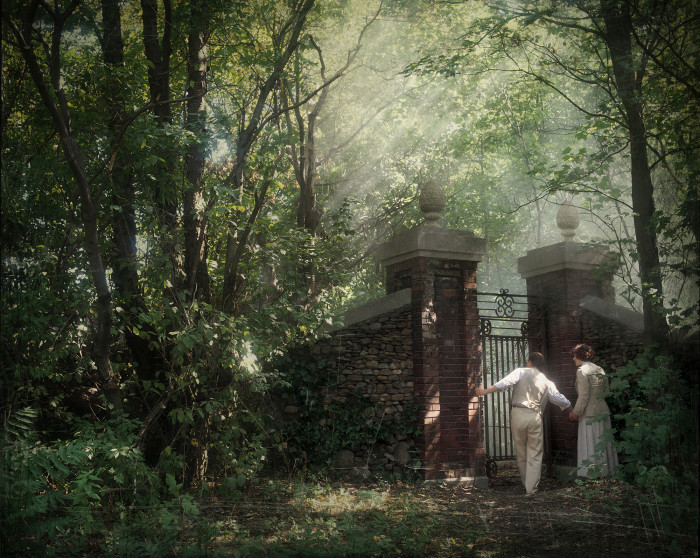 Cooper also shoots live theatre, which is quite different from shooting dance. ”You are working more with the emotional side of things. Most plays don’t offer the same level of visual stimulation as dance. It might be the dialogue that is creating the drama, not the movement.”

In terms of visual interest, opera falls somewhere between dance and theatre, says Cooper. But, “a realistic play in the 90s might not always have the most interesting things visually. A lot of the times, it’s about being patient and waiting for interesting compositions that the director has blocked. You don’t shoot nearly as much in theatre as in dance.”

In theatre, says Cooper, “you don’t want to give away certain parts. You are trying to find something that is intimate and close enough, so you are inside that fourth wall with the actor. I always use long lenses, so I feel close to them, but don’t get on stage with them.”

Recently, Cooper has been taking an interest in film, particularly screen dance. “Creating short films where you are working as a creator with a choreographer and dancers just for the camera. It’s all very new to me. I’m exploring. It keeps my brain alive.”

Cooper’s films have been selected for inclusion in the 2016 San Francisco Dance Film Festival.

Throughout his prolific career, Cooper has had the support of his family. His wife, Wendy Gorling, is an actress, director, movement coach and a respected faculty member in Langara’s Studio 58 program. Cooper met Gorling when she was teaching mask work at the Vancouver Playhouse. “I ended up photographing one of her workshops.”

Cooper’s daughter, Emily, has followed in her father’s footsteps as a photographer and photo illustrator.

With such a rich career for reference, what advice would David Cooper offer to budding photographers?

1. Be critical of your work
“The devil is in the details. Don’t show stuff you’re not proud of. Pick your work apart before you put it on your website or publish it.”

2. Don’t obsess over equipment
“It’s so easy to get lost in all these new toys. In the end, it’s whether you like the photograph, not which camera or which lens. Concentrate on what’s in front of you.”

4. Create your own work
“Ask if you can drop into a rehearsal. If you want to work with dancers, call up a dance school and see if you can take photographs. You might not get paid, but if you are really good, you will get noticed.”

5. Keep learning
“The video is the newest interest in my career. I’ve been taking workshops on filmmaking, documentaries. The dance film festivals have been great.”

6. Find mentors
“I spent last week with Albert Watson in Santa Fe. He is one of the great photographers from the generation of Irving Penn. He is so critical of everything. That is how he has gotten where he is. Every little detail is cropped and fixed. There isn’t anything going on his website that hasn’t been scrutinized and controlled. That is the sign of an artist.”

* All photos by David Cooper