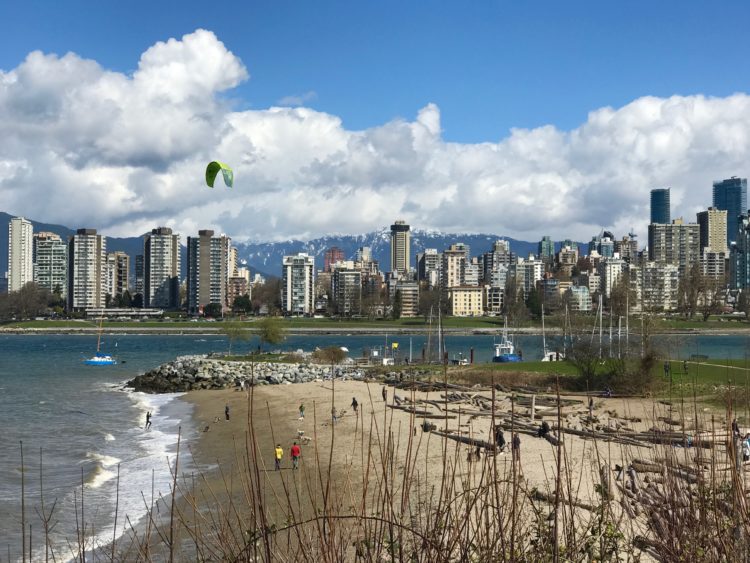 Don Mowatt, performer and author, has built a rich career in Vancouver. He was a major radio producer at CBC, where he accumulated an endless shelf of awards – ACTRA, New York Audio Arts, George F. Peabodys. “My specialty was doing feature documentaries at CBC, which combined my background in music, journalism and theatre.” Mowatt has produced more than five hundred documentaries on subjects from Bill Reid to John Irving, George Woodcock, Dame Peggy Ashcroft and Sir John Gielgud.

Over the last years, Mowatt has developed and acted in shows here and in Europe. This weekend, he presented an encore performance of Tales of the Vikings in Canada at the Scandinavian Cultural Centre in Burnaby. Joining Mowatt on stage were Carolyn Finlay, Cam Cathcart and Gammel Dansk. “These sagas constitute the very first written accounts of Canadian and North American history, five hundred years before the arrival of Columbus in the Caribbean.”

As he prepared for another night on stage, we asked Mowatt for his answers to our Vancouver Q and A.

i. Specific place I go in Vancouver to be creatively inspired.
My storage locker stuffed with things that might come in useful someday.

iii. Someone from Vancouver – alive or passed – who inspires me.
My son always.

iv. If you want great pictures of Vancouver, go to:
Any art gallery showing works by local artists.

v. If Vancouver were an animal, it would be:
A killer whale…soon there won’t be any here to see.

vi. A sound I associate with Vancouver.
The old O Canada horns in downtown Vancouver decades ago.

vii. A pleasant smell I associate with Vancouver.
Chinese food.

viii. Food and/or drink that reminds me of Vancouver.
Chinese food.

ix. Particularly great show, of any kind, that I have seen in Vancouver.
Jacques Brel at the Arts Club on Seymour.

x. Favourite place to travel if I want to be creatively inspired.
Paris.

Mowatt in the BC Archives