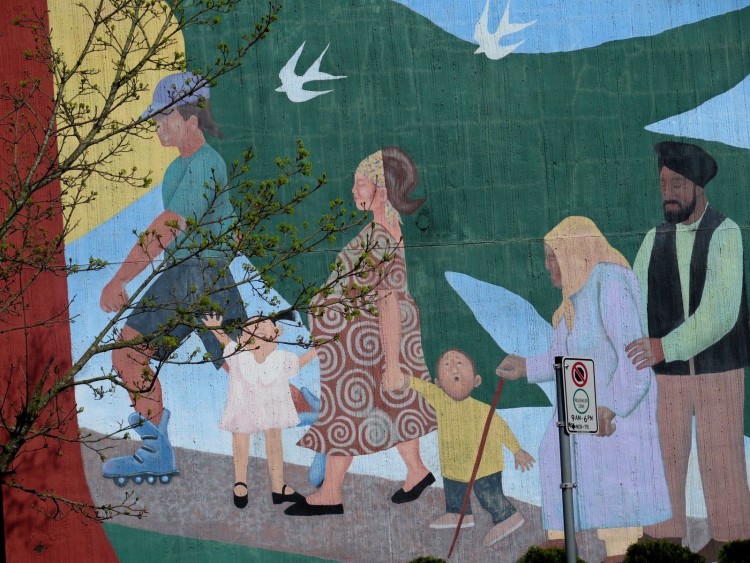 It takes a braver actor to try and portray the complexities of one of these icons’ romantic relationships. What was Twain like with Olivia Langdon Clemens, Schumann with piano prodigy Clara, Chopin with novelist George Sand, Chekhov with actress Olga Knipper?

Now, imagine playing these intensely complicated couples alongside your own real-life partner. This is just another day in the acting life of Don Mowatt. When he is not onstage reading from his collection of stories, Mowatt is enacting these famous relationships with his romantic partner: actress and pianist Carolyn Finlay.

“I like the challenge of playing these different couples and getting inside of them. I try to find something unusual about them. Schumann always had these mental difficulties. People thought it was schizophrenia, but it wasn’t. He had tertiary syphilis from an affair he had as a teenager. It got in his brain and drove him mad. When his wife – Clara, one of the greatest pianists of all time – went on tour, sometimes he accompanied her. They would ask him – Robert Schumann! – do you play music? There is a lot of tension in it. I pick characters that have these tensions.”

It was music critic David Gordon Duke who first suggested that Mowatt and Finlay take on the role of the Schumanns. “He thought we could use Carolyn’s talents as a pianist and mine as a singer and actor. A lot of it is original writing as well as editing things together.”

Schumann’s story has always been of interest to Mowatt. “When Clara’s career took off, he was often left at home with a large family of young children to look after for extensive periods. He was then teaching, conducting and composing as well.   He had also to deal with his former piano teacher, Clara’s unsympathetic and dictatorial father, whose life’s goal was to make Clara into a superstar….without Robert in the picture. Then, young Brahms appeared at their door.”

Robert and Clara’s relationship was challenged but loving, says Mowatt, and – as with many of the duos he and Carolyn portray – neither one could have been so successful without the other. “Their letters and a common diary make fascinating reading. The death of Schumann in the sanitorium was such a touching an extraordinary event, meant for dramatic presentation.” 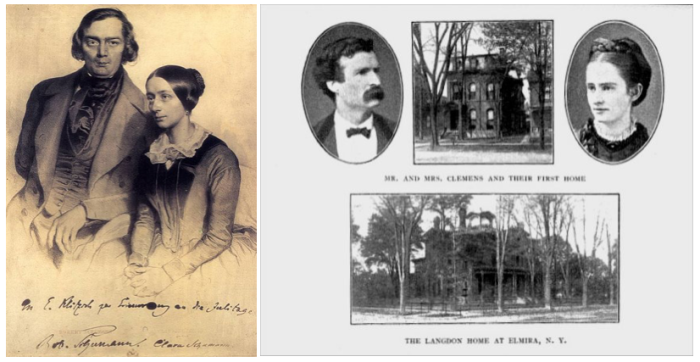 Mowatt enjoyed international success in playing Mark Twain. “It was perhaps our most successful duo.” However, Mowatt was thrown when renowned Vancouver-based actor and singer Leon Bibb showed up to watch a performance. “It was a little daunting. Bibb has been a professional singer for decades and decades, and I am about to sing Goin’ Home, with not that much authenticity given my own background.”

Goin’ Home was famously recorded by Paul Robeson at Carnegie Concert Hall. And Robeson was Bibb’s close friend and godfather to Bibb’s children. Mowatt was to sing the song after Twain talked about the death of his wife in Italy.

“Olivia passed away slowly in her late sixties. Twain offers a beautiful, gentle account of her last breath and then he sings Goin’ Home.” Mowatt took a deep breath of his own before singing the song for Bibb and the rest of the audience. “I’ve not got a great voice, but I can sell the words and I’m secure musically. Bibb came up. He couldn’t talk for a minute; tears were streaming down his face. I burst into tears myself. He encouraged me to keep on singing, so I sing in all my productions thanks to Leon.”

These intimate shows are a third career for Mowatt. In his first career, he was a major radio producer at CBC, where he accumulated an endless shelf of awards – ACTRA, New York Audio Arts, George F. Peabodys.. “My specialty was doing feature documentaries at CBC, which combined my background in music, journalism and theatre.” Mowatt has produced more than five hundred documentaries on subjects from Bill Reid to John Irving, George Woodcock, Dame Peggy Ashcroft and Sir John Gielgud.

He is particularly proud of a documentary he did on Martin Luther. “Luther is always associated with Bach, but I felt that his revolutionary character was better suited to Beethoven. It was a striking collection of voices and sound effects. I had this German cast doing outbursts.”

“I also did an interesting sound recording on the life of King Ludwig II of Bavaria. It was full of tremendous sounds gathered from the countryside of Bavaria – authentic voices along with the music of Wagner, whose patron was Ludwig the Second.”

Through his work at CBC, Mowatt met all sorts of interesting people. He spent an afternoon in Buckinghamshire at Sir John Gielgud’s house for high tea. Gielgud loved to talk about the theatre – a comfortable topic for Mowatt, given his professional background and the fact that both of his parents were amateur actors. “Theatre was my babysitter. I would watch people carve out characters.”

If their conversation diverted, Gielgud would circle the conversation back to life onstage and in the wings. “He would question you intensely about your theatre stories. He played such domineering people, but in real life he was a most cordial host. He couldn’t do enough for you. He didn’t seem to want us to go from his house.” After seven hours inside, Mowatt, his colleague from the BBC and Gielgud ended up taking Gielgud’s seven Tibetan Terriers for a walk through the Georgian gardens.

Mowatt retired early from the CBC and went on to a job teaching radio drama and documentary-making at UBC. He was also Co-Artistic Director of Western Gold Theatre, founded by actress Joy Coghill, O.C. “It’s a professional theatre company for senior actors over 55. Joy felt that this is an age when people are getting fewer parts, but their talents are at their greatest in some ways. This gave them a chance to perform in plays that they had always wanted to do.”

At Western Gold, Mowatt was primarily behind the scenes, directing top-notch actors as he had done at CBC. “We didn’t have any staging. These were dramatic readings. All these people had been in radio, so they knew how to get if off the page.”

Western Gold performed all around town – cultural centres, universities, seniors’ homes, churches. “We did a play about the life of Hans Christian Anderson: Rain Snakes by Per Olov Enquist, a fine Swedish playwright. We did The Tempest, a version of Kiss me Kate, The Barretts of Wimpole Street. They were all about an hour to an hour and a quarter long.”

Over the years, friends encouraged Mowatt to move from behind the curtain and do more of the acting he was known for in his undergraduate days at UBC. “I also wanted to do my own script-writing and performances.”

In September, Mowatt will be presenting the onstage stories of his years as a scholarship student in Scottish boarding school. “It was very draconian. Cold baths, running in short pants in the rain, kids caned on the backside for nothing. It was 1953, not long after the end of the war. We were still on ration cards for food. We had a lot of salty, fatty food: toast that was soaked in lard, a huge bowl of salty porridge with a thin layer of milk.”

One day, Mowatt would like to take on the role of Leo Tolstoy, with Carolyn playing his wife, Countess Sophia Andreyevna Tolstaya. “I’ve done lots of work on Tolstoy and Carolyn has a Russian background.”

With an onslaught of terrible world news – bombings, celebrity hero worship, the decimation of the CBC – Mowatt is thankful for the richness of the theatre. “The theatre world to me is the real world,” says Mowatt. “It’s not an escape. It is the real world.”