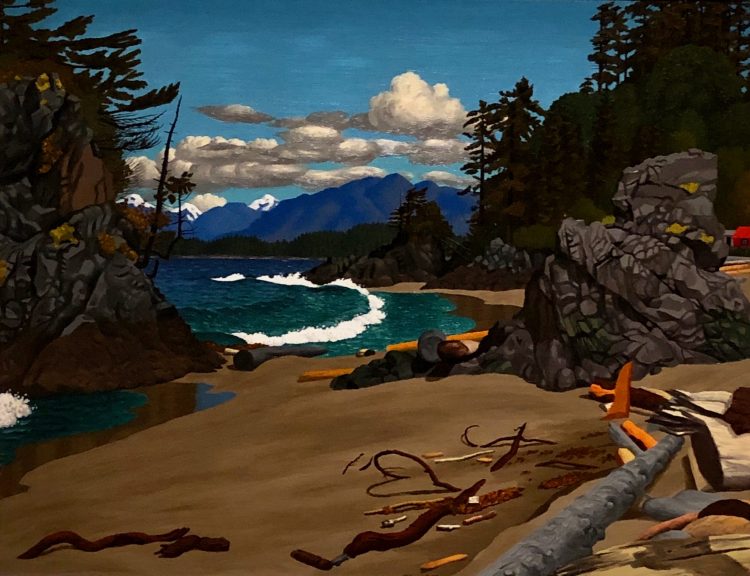 “It takes ten percent ability, fifty percent industry and forty percent enthusiasm and interest to be a good artist.”

So claimed the humble, Order of B.C., Order of Canada-winning artist, E.J. Hughes. Well, I think many of us could stock up on Hughes’ suggested 90%, add another 10,000 hours, and still find ourselves unable to create Hughes-quality paintings.

Edward John Hughes, born 1913 in North Vancouver, attended the Vancouver School of Applied Art – now Emily Carr University of Art + Design – where he worked with teachers like Frederick Varley, Jock Macdonald and Charles Scott. In addition to being a painter, Hughes was a muralist and printmaker. His work hangs in the National Gallery of Canada. ‘His distinctive style is marked by the use of flattened space, skewed perspective and simplified shapes.’

It was in 1939 that Hughes joined the Royal Canadian Artillery as a gunner. By 1942, he was deemed an Official War Artist and traveled between Great Britain, the Aleutians and Canada.

Canadian art collectors Jacques Barbeau and Margaret Barbeau-Owen have been collecting Hughes’ work since the 1960s. Now, they have lent their extensive gallery of Hughes’ work to the Audain Art Museum in Whistler. You’ll see their Hughes along with four of the artist’s paintings on loan from Michael Audain and Yoshiko Karasawa.

‘Hughes passion lies,’ we read, ‘in depicting a harmonious beauty between the natural and industrial British Columbia.’ 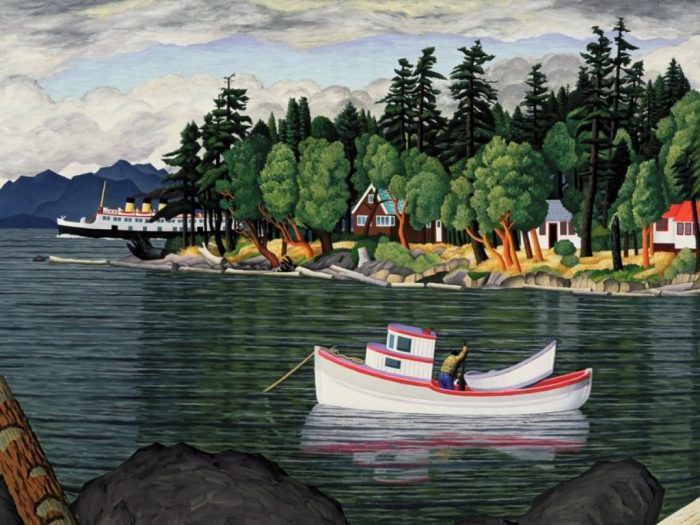 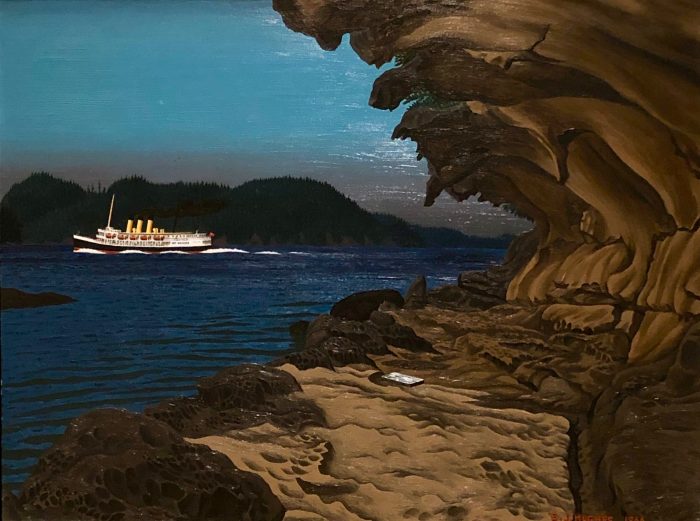 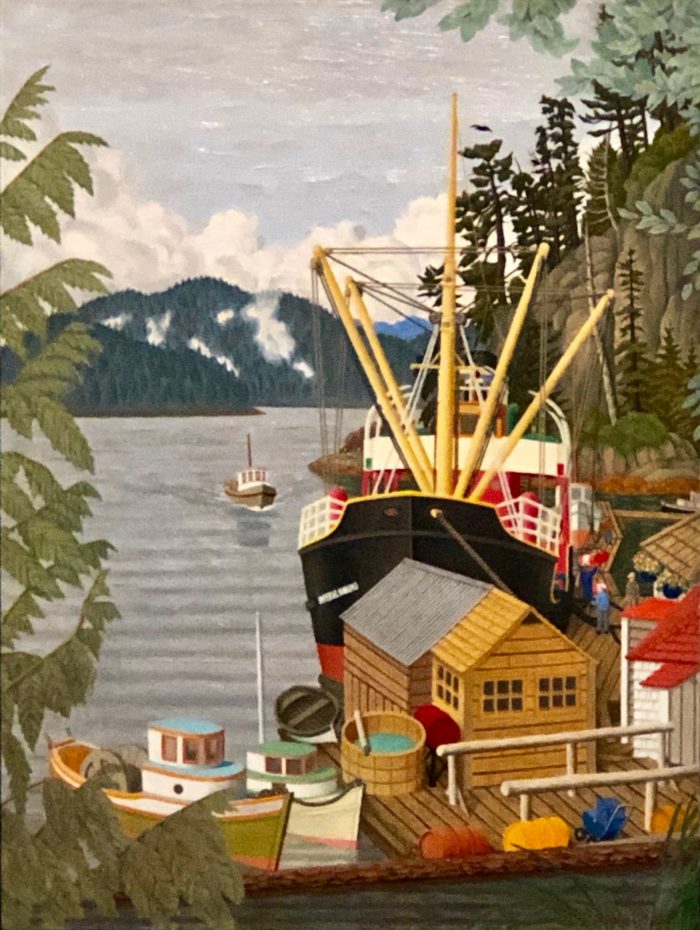 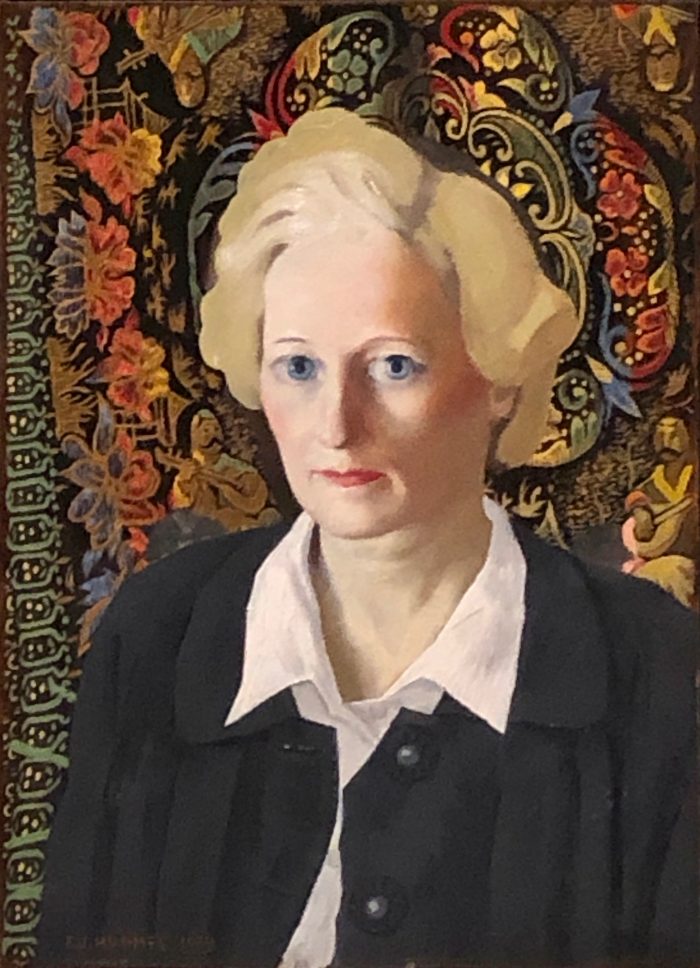 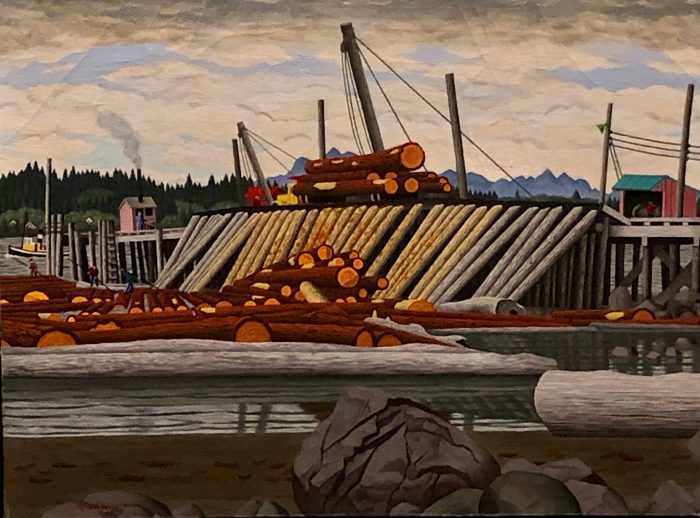 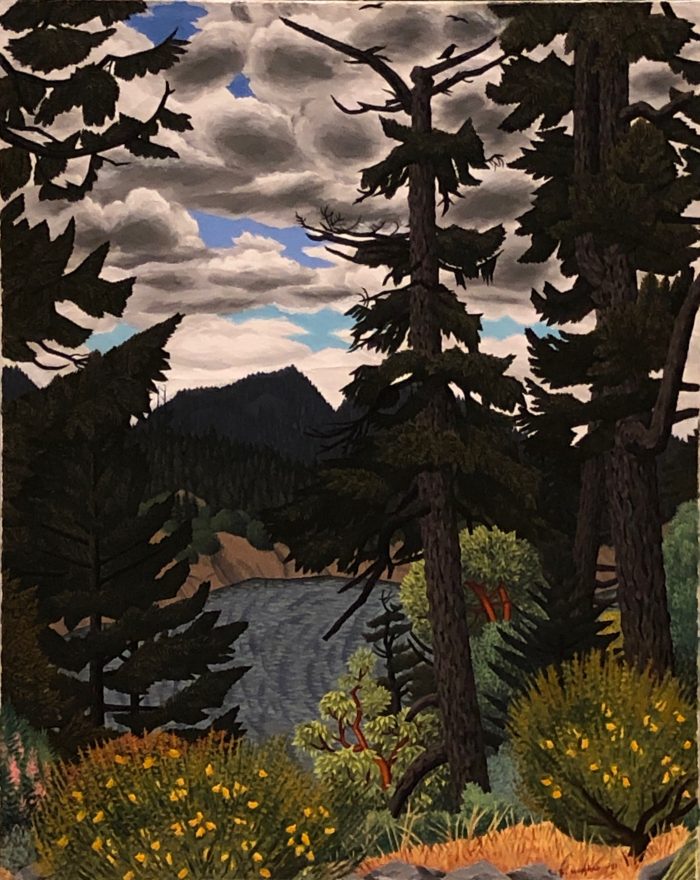 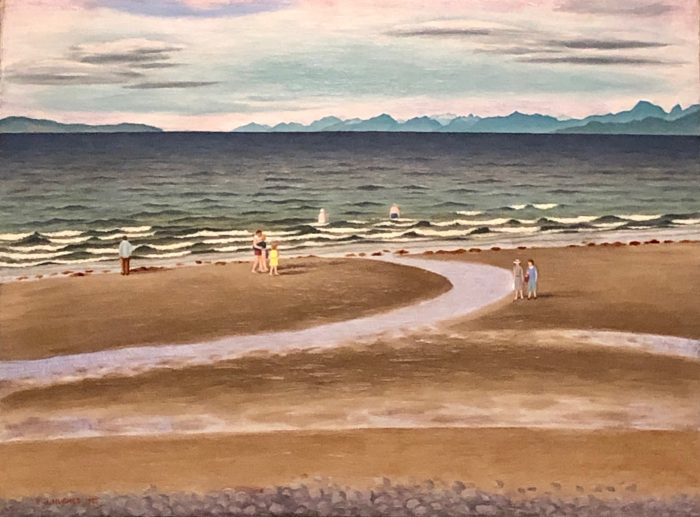 The Store at Allison Harbour II. 1991 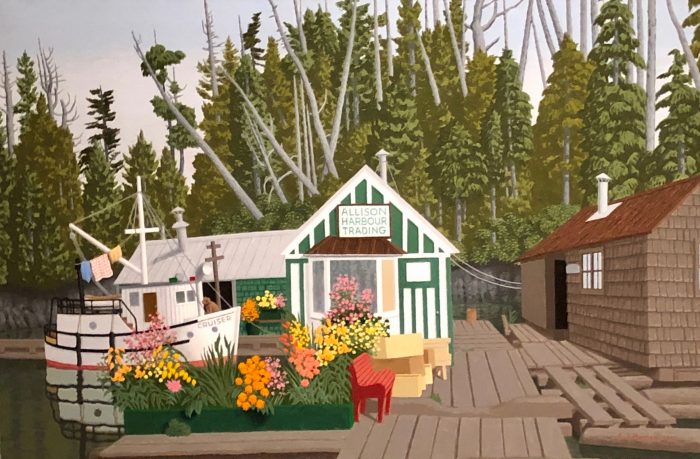 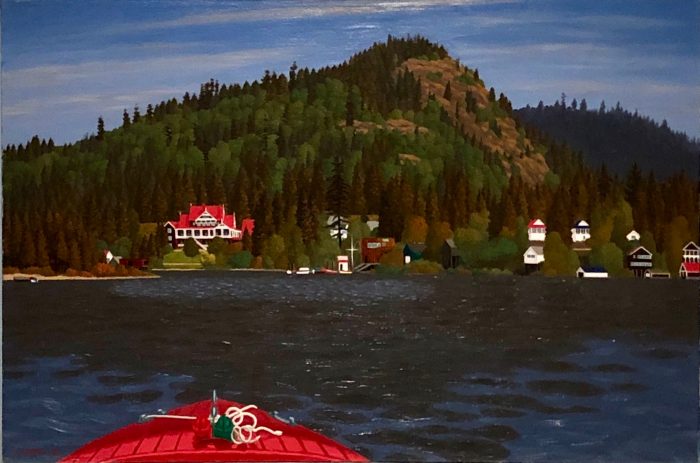