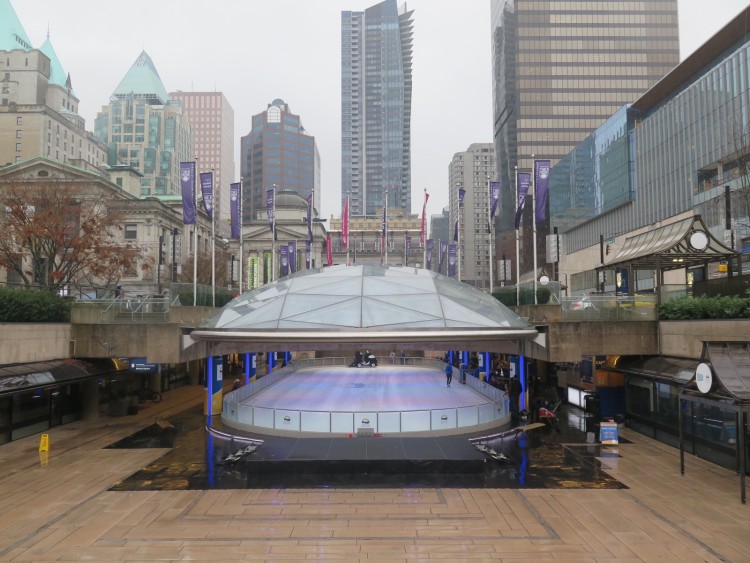 Merry Christmas and Happy Holidays! We hope that you are enjoying the season with your friends and family. Here’s to more eating, laughing and post-turkey walks and fewer extended family squabbles.

Which movies will you be watching this week? Does your family have any holiday movie musts? It’s always interesting to watch how new couples meld their own childhood cinematic traditions with more recent movie offerings.

This month, Bustle researched the Top 10 Most Searched Christmas Movies.

And a Guardian poll asked readers for their Top 10 Christmas movies. Survey said..

Contrary to appearances, Bustle #2 and Guardian #4: Elf was largely filmed in Vancouver. The obvious exterior shots were indeed New York, but much of the 2004 Will Ferrell hit was filmed inside in Vancouver.

Gimbals’ Toy Department & The Jail Cell
These were also filmed at Riverview.

PNE Forum
Many of the Elf scenes were filmed on soundstages at the Pacific National Exhibition showgrounds.

Some more Elf facts from ScreenCrush…

“First we’ll make snow angels for two hours, then we’ll go ice skating, then we’ll eat a whole roll of Tollhouse Cookiedough as fast as we can, and then we’ll snuggle.”

Art In The Montreal Streets