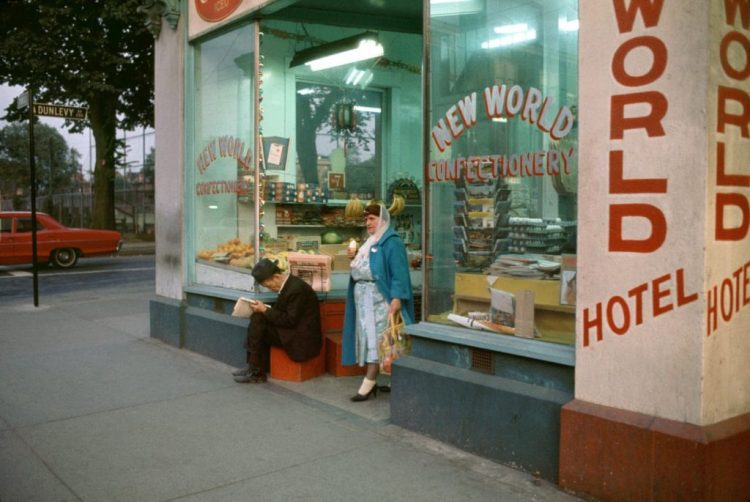 “New, clean, safe and honest neighbourhoods do not give rise to interesting pictures,” the talented Fred Herzog said. “The thing that street photographers hope to discover has to do with the disorderly vitality of the street; the street people on the corners and plazas, in billiard parlours, pubs and stores, where shoppers, voyeurs and loiterers feel at home.”

Fred Herzog passed away this Fall at the age of 88, but his spirit lives on in the beautifully candid photos he has taken of Vancouver over the years. Herzog’s wife Christel passed in 2013; his two children, Ariane and Tyson, survive their parents.

Equinox Gallery has represented Herzog for years, and in their online tribute they write: ‘Fred Herzog had a walking route through Vancouver that enabled him to build friendships with other photographers and neighbourhood residents, giving him an acute understanding of the daily life and soul of Vancouver.’ 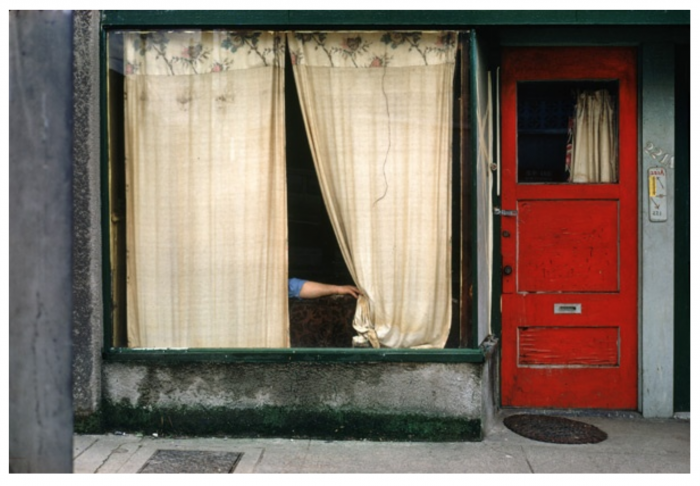 Herzog was born in Germany, emigrating to Vancouver in 1953. He went on to careers in both fine and medical photography. Herzog was an early user of colour film, working with Kodachrome while most were shooting in black and white. He was also out in the Vancouver streets, shooting unobtrusively from hip level.

Over pages, Wall applies his own eye to analyzing Herzog’s New Pontiac piece of 1957. 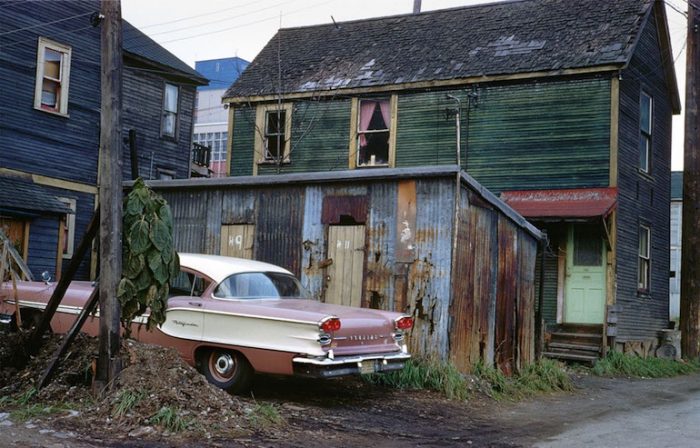 ‘The two-tone Pontiac,’ Wall writes, ‘reminds us of the time when automobiles were painted with enamels and had the saturated yet subtle colours only that kind of paint can produce. The car is new, and the two houses are emphatically old and weathered, the corrugated iron shed even more so, but the old structures are colourful too; their paint has faded and gotten a superb wabi-sabi patina. So the theme of the picture is, at least in part, the aging of paint, the transformation of colour over time, expressed in a meticulous composition filled with delicate greens, browns, greys and blues, with three touches of red echoing each other and relating near and far – the car’s tail lights, the almost jaunty red roof of the ramshackle portico on the green house and the panels on the façade of the new post office a couple of blocks away, glimpsed between the houses …’ 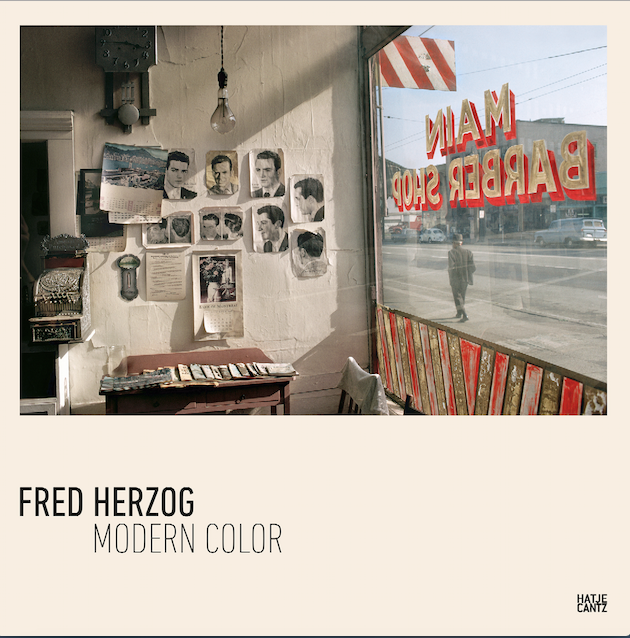 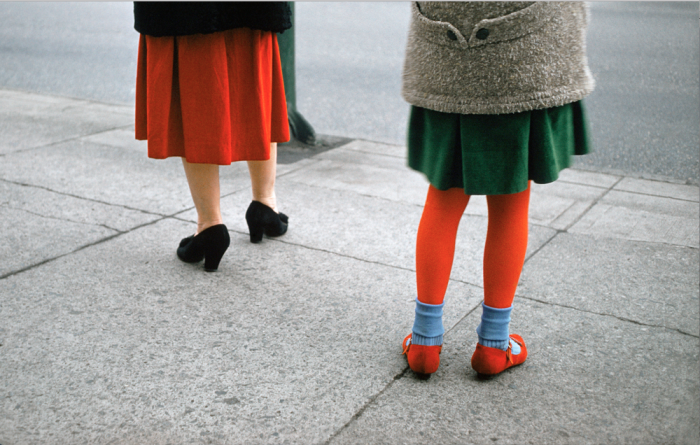 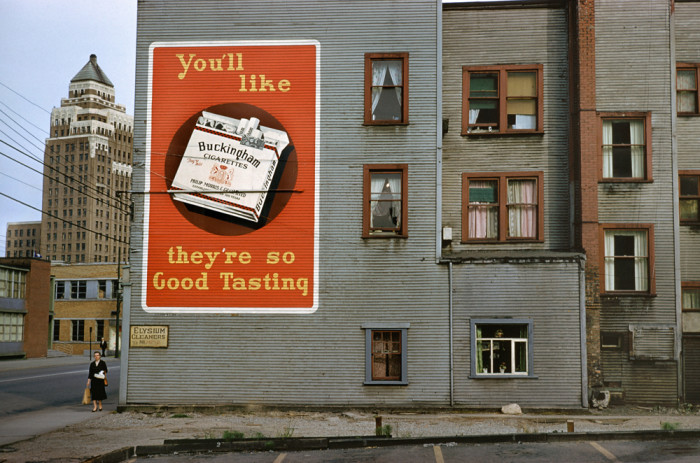 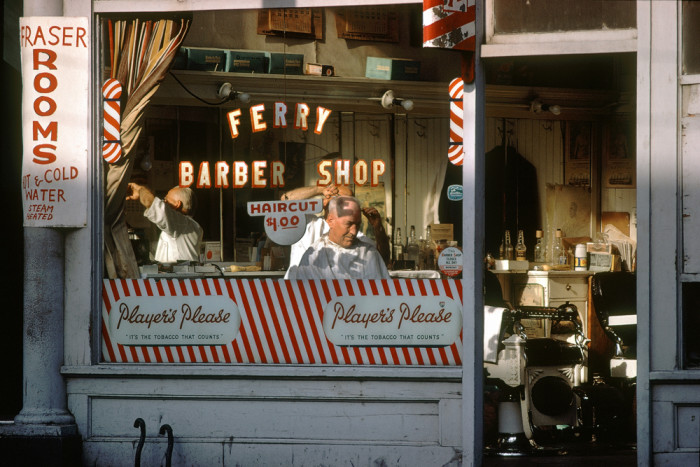 As Herzog said: “The neon signs and the soft drink signs, the cigarette ads and the billboards and the posters and the graffiti and collages of torn-off posters, all that contributes to make the city a place where art actually happens. That kind of casual art, overlapping posters, can be very very interesting. Those posters illustrate the city even if people are not there.”

Rest in Peace, Mr. Herzog, and thank you for allowing us – in looking through your lens –  to celebrate beautifully ordinary moments across our city. 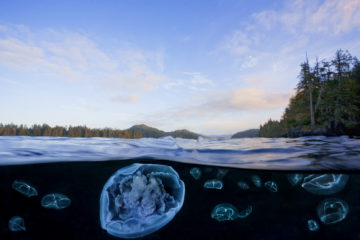