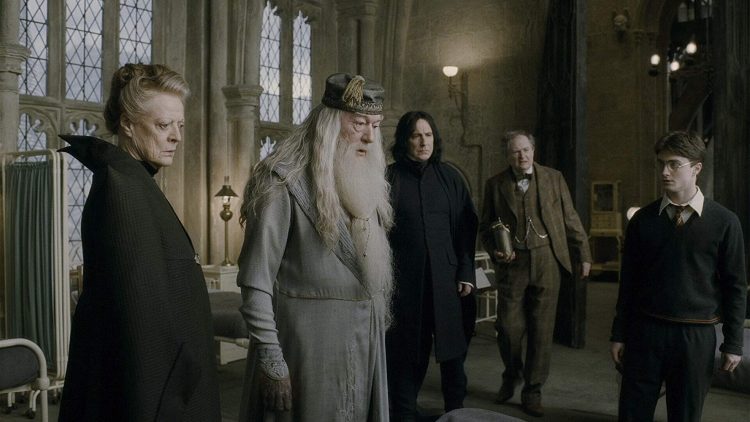 In an interview with Warner Brothers, prolific, Grammy-nominated composer, Nicholas Hooper was asked about his favourite scene to score in Harry Potter and the Half Blood Prince.

‘The journey to the cave where Dumbledore and Harry apparate from the tower in Hogwarts to a rock in the sea was my favorite,’ Hooper answered. ‘The theme that this was based on had been quietly developing throughout the scenes between Dumbledore and Harry and now it had a chance to expand to something stirring and magnificent. It took a long time to write it but when I heard it performed by the huge orchestra and choir, it felt like I had flown out there across the sea myself.’

Hooper is right;  it is a stirring, magnificent scene.

I can only imagine how powerfully moving it must have felt for Hooper – who also scored Harry Potter and the Order of the Phoenix – to hear his own notes performed full-out in the JK Rowling context. It was plenty magnificent to sit at the Orpheum Theatre, watching jumbo-screen Dumbledore and Harry zoom off to find a sea-buried horcrux while the Vancouver Symphony Orchestra played Hooper’s score live.

For this latest installment in the VSO Film Series, the orchestra was once again conducted by Justin Freer – composer, conductor and Founder of the CineConcerts series. When Freer asked the buzzing, much-costumed, capacity crowd which Potter house they represented – Gryffindor, Hufflepuff, Ravenclaw, or Slytherin – some symphony members shot up their hands too. 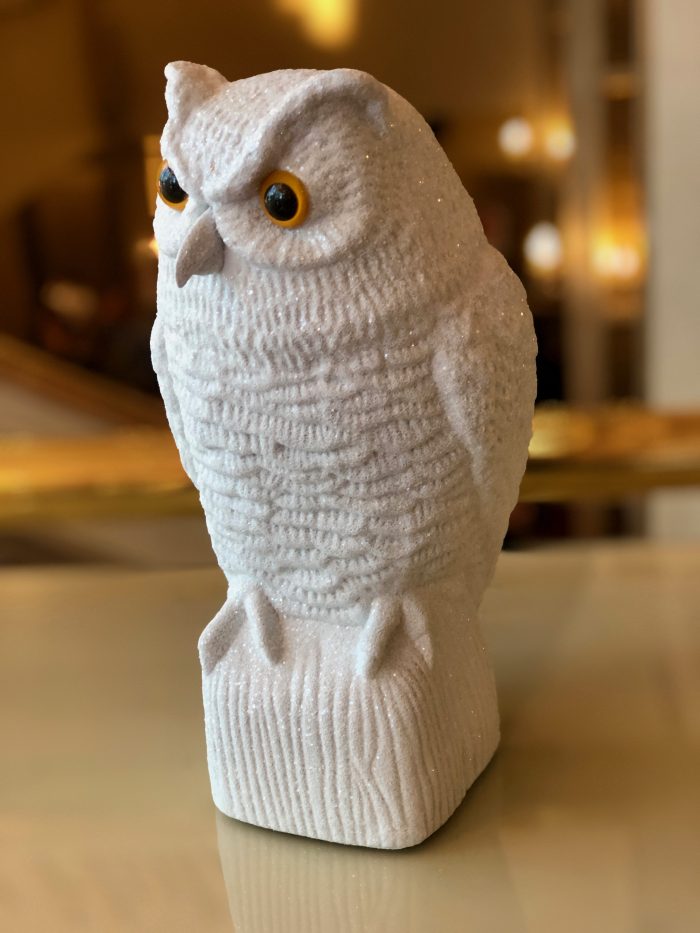 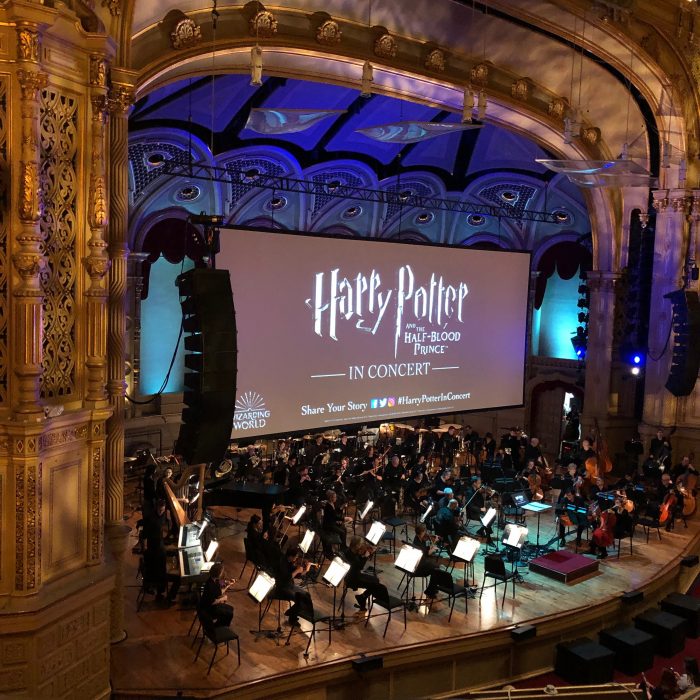 A parallel version of the movie started up on Freer’s stand, with a giant, superimposed white circle pulsing out the beat to keep he and the orchestra in line with the scenes. A green line down Freer’s screen meant the orchestra was soon to come in; a red line, that their part was soon to end.

The jumbo screen on the Orpheum stage offered subtitles, in case the orchestra was overwhelming. But somehow the musicians managed to ratchet up the aural experience without drowning out the dialogue.

It was fascinating to watch a much-seen movie with one particular sense – hearing – highlighted. We were immersed in the story experience while noticing aural subtleties – musical passages, snippets of dialogue – that slip by in regular viewings.

The strings, horns, timpani roared in as the Death Eaters destroyed the Millenium Bridge.

Hooper’s score required all sorts of orchestral wizardry – strings screaking out unnaturally high harmonics, flutes and piccolos duelling, wicked fast xylophones. The percussionists were pulling out one unusual instrument after the other to create the necessary whomps and clanks. At one point, a percussionist was whirling a sound tube – looks like a cut pool noodle – to foreshadow the eerie arrival of Bellatrix and her fire-happy gang outside the Weasley’s burrow.

The all-ages, superfan audience added to the atmosphere with whoops of appreciation for favourite characters, anticipated dialogue, and the outstanding playing of our Vancouver Symphony Orchestra. When the Very Big Thing (no major spoilers for those new to the series) happened towards the end of the film, some audience members lifted up lit wands and cell phones in tribute.

In creating his score for Harry Potter and The Half-Blood Prince, Hooper said: “I wrote 14 hours of music for a score that ended up lasting a bit over 2 hours.’

Be it for Harry Potter, The Godfather or Breakfast at Tiffany’s, these Cineconcerts are a wonderful way to highlight the remarkably complex work of film composers, and to expose new audiences to the symphony.

Harry Potter Cineconcerts are travelling across the world over the summer, with Prisoner of Azkaban scheduled to be in Seattle, July 12th through 14th.