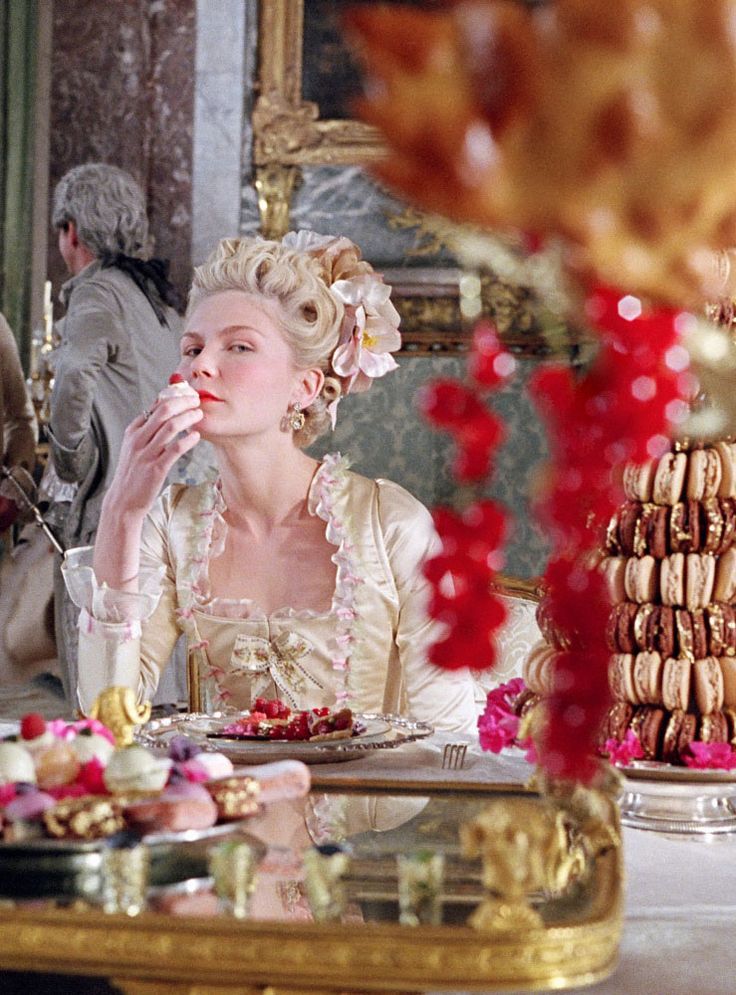 Rosie Daykin is known for her creativity, risk-taking and impeccable taste. She had it as a magazine-featured interior designer, she has it as a cook-book author and she has it as the mastermind and owner of Butter Baked Goods.

One sweet area in which Daykin has distinguished herself is the filled cookie. Her ‘Homemade You-Know Whats’ – sssh we’re not allowed to say what they look like – are the stuffed of dreams. 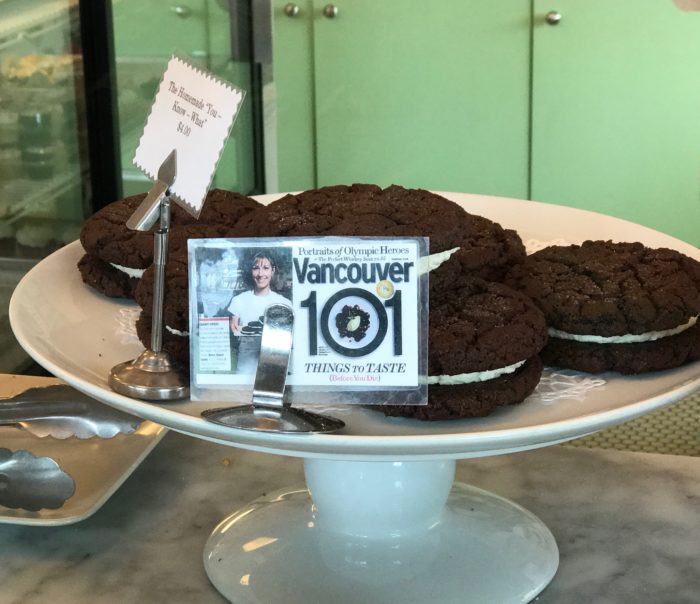 Her Birthday Cake Sandwich is a pink confetti variation on the theme, and rather good with a candle poked in. 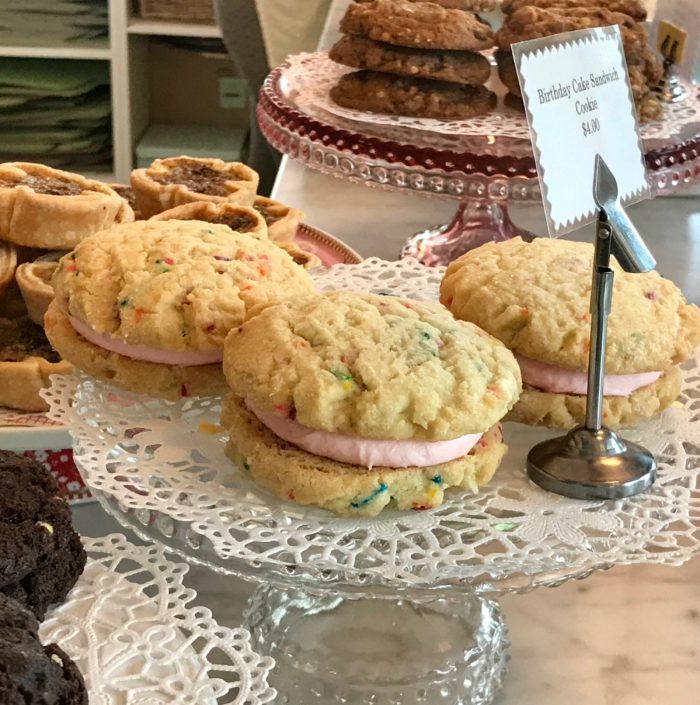 And now Butter has added a new twist on the filled cookie: two macarons dressed up and filled like the sweetest of hamburgers. The woman at the front of the line was raving and poised to eat more. 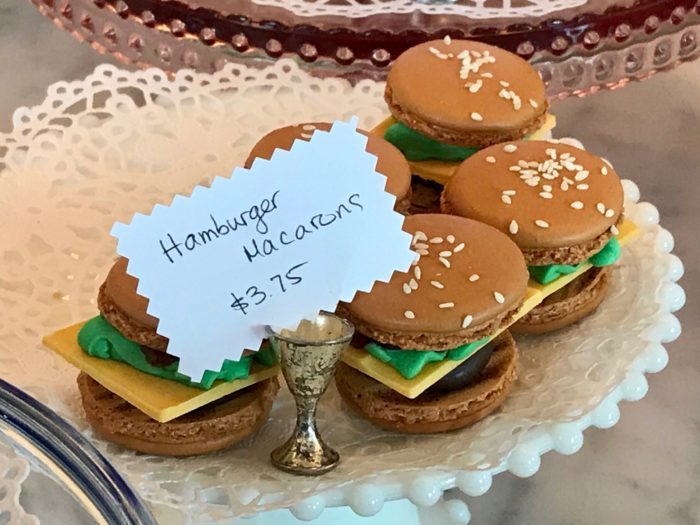 Emily Carr In The Forest