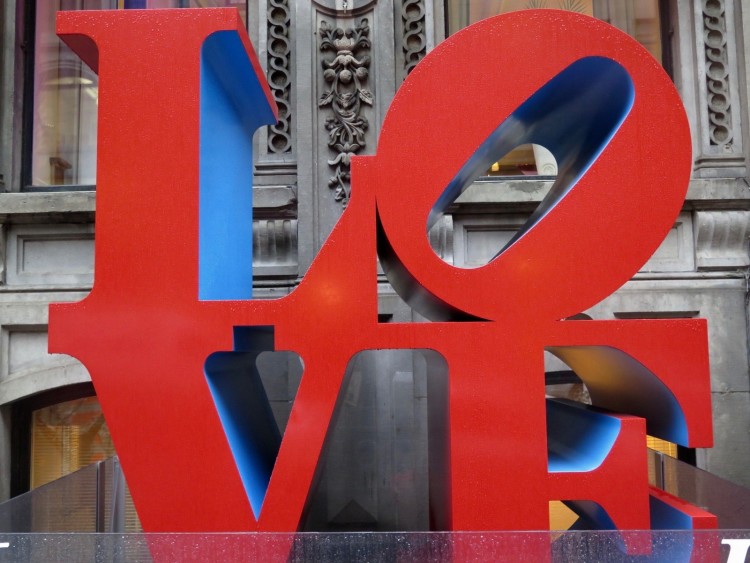 Aaron Burr wants to be in the room when Alexander Hamilton, Thomas Jefferson and James Madison hash out The Dinner Table Bargain or the Compromise of 1790. It is a highlight number in the show; Lin-Manuel Miranda calls it one of the best songs he has ever written. We feel Burr’s ravenous ambition and sharp-edged jealousy as the banjo big-band hip-hop Dixieland number takes hold.

Many of us have felt this way about the Richard Rodgers Theatre, home of Hamilton. We have heard about this extraordinarily original artistic achievement –  the intricately crafted book in poetic rap, the energetic and talented actors, the rapturous audiences – and we want to be in the room where it’s happening.

We have tried all manner of lines, live lotteries, online lotteries. Finally, we decided to start scrutinizing the verified ticket resale vendors online. How do their prices fluctuate as the date nears?

Then, teeth gripped, arms and legs loose at the joint, we bit. The guilty shopper logic kicked in immediately. ‘It’s just about double the price of the (most expensive) show we saw. I’ll cancel that dinner reservation. Think about all of the places we walked, instead of taking a cab.’ 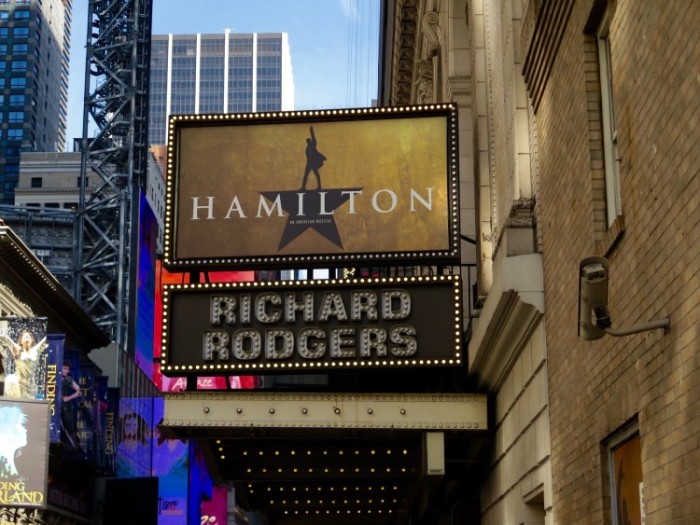 But, you know, it was absolutely worth it. The show was remarkable; the audience as excited as any I have seen from the get-go.

You have no doubt read much about the show. We will add to the plaudits with some of the many things that stood out to us:

1.  The staging and choreography. It was simple, things didn’t change a lot, yet every move on the rotating lower stage and the wraparound balcony was beautifully placed and story-relevant.

2. The storylines blend the personal and the political. By the start of Act 2, we are gawping.

3. Time and effort matter. Lin-Manuel Miranda grappled with My Shot for a year. Hamilton as a whole took Lin-Manuel Miranda six years to create. “Every couplet needed to be the best couplet I ever wrote,” he explained on 60 Minutes. “That’s how seriously I was taking it.”

How does a bastard, orphan, son of a whore and a
Scotsman, dropped in the middle of a forgotten
Spot in the Caribbean by Providence, impoverished, in squalor
Grow up to be a hero and a scholar?

6.  Thomas Jefferson, played with great comedic swagger by Seth Stewart, and King George, played hilariously by Rory O’Malley, are memorable characters. And how impressive that King George’s signature song can be so eagerly anticipated each time he minces onstage.

7. Though the show itself runs two and a half hours, we were nowhere near ready for it to be over. There are so many layers, it merits multiple viewings. We will wait, however, until the $$$$ is less :O .

How Lin-Manuel Miranda must feel to see signs of Hamilton throughout the city. The New York Public Library has a free exhibit for those who want to learn more about America’s first Secretary of the Treasure: ‘Striver. Statesman. Scoundrel.’ 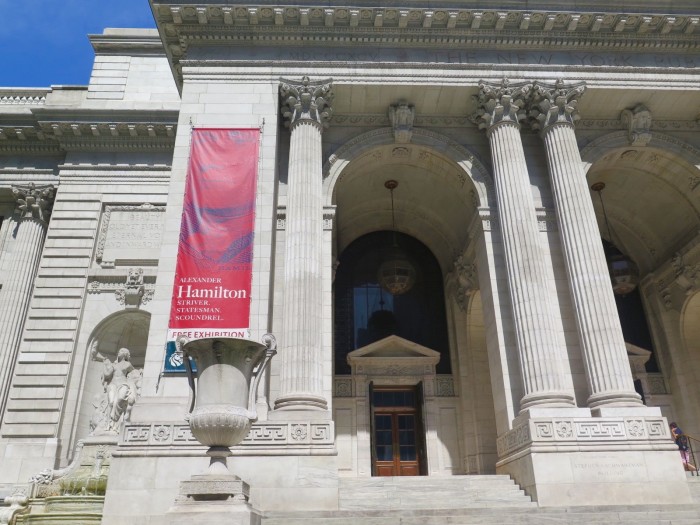 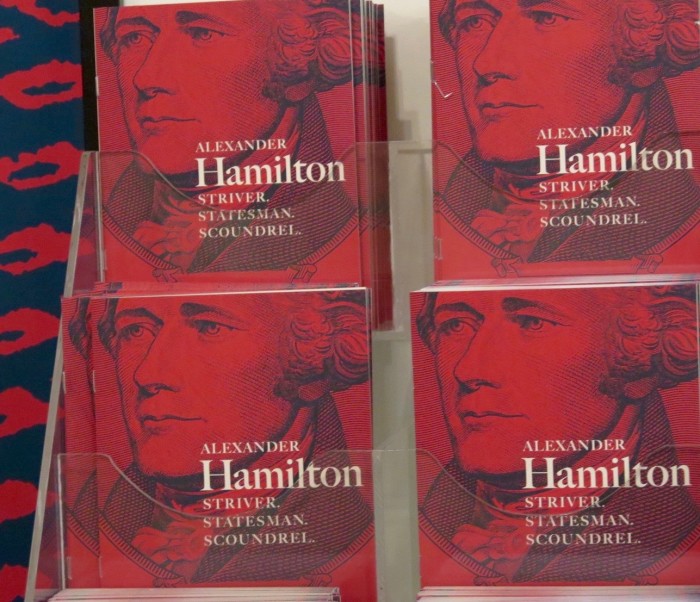 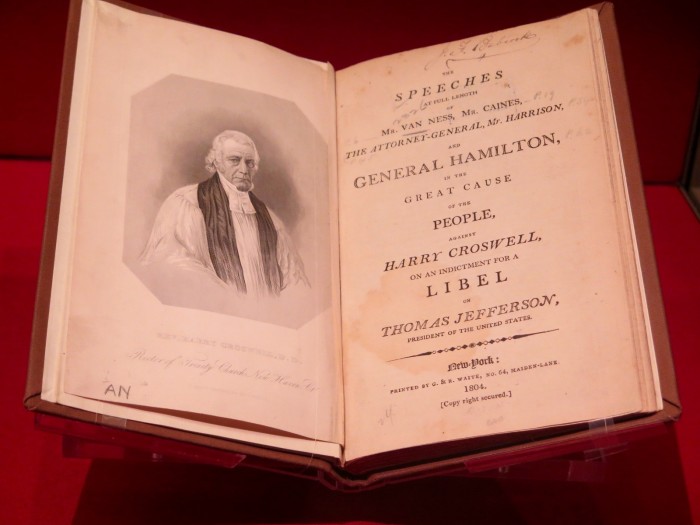 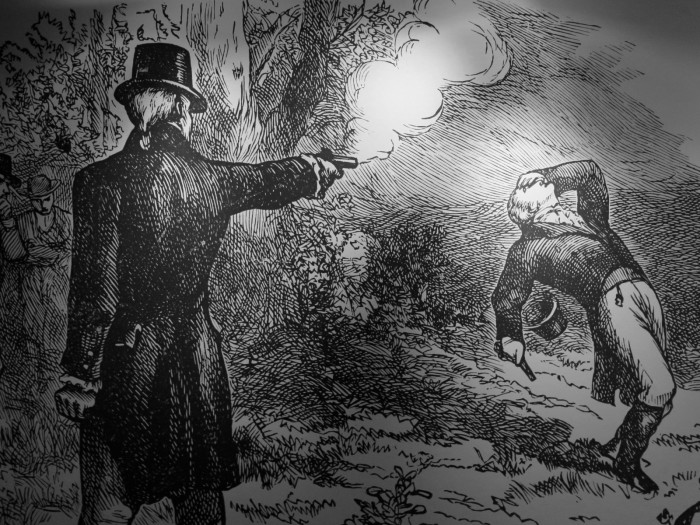 The NYPL exhibit – the Schwarzman Building on 42nd and Fifth is worth visiting on its own – features Hamilton related prints, essays, constitutional plans and and addresses written for George Washington.

Now, time to walk somewhere close for some free entertainment.