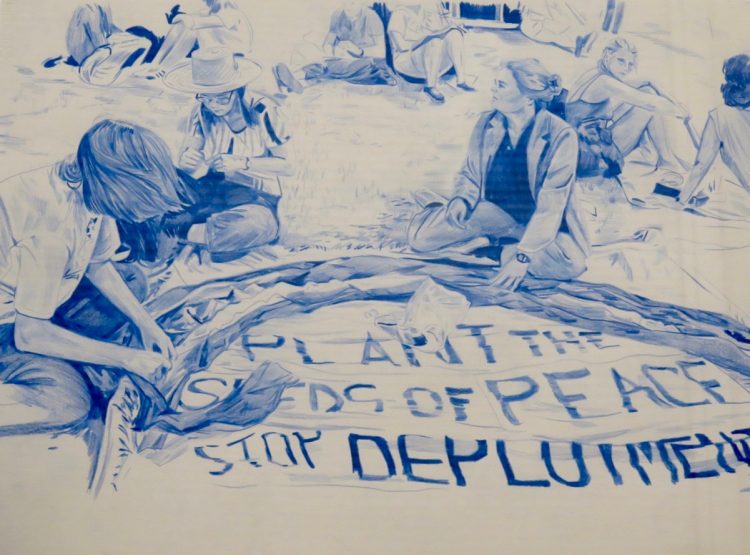 As more and more artists and activists take to the street to protest 2018 injustices, Vancouver’s Belkin Gallery is mounting Beginning with the Seventies: Collective Acts. Curated by Lorna Brown, this exhibit takes a new look at protests of the 1970s. ‘An era,’ they explain, ‘when social movements of all kinds – feminism, environmentalism, LGBTQ rights, Indigenous rights, access to health services and housing – began to coalesce into models of self-organization that overlapped with the production of art and culture.’

A major focus of Beginning with the Seventies is Heather Kai Smith. Smith graduated with her Masters of Fine Arts from Emily Carr in 2017. She now lives and works in Vancouver. ‘Sourced from a breadth of photographic archives, Heather Kai Smith’s drawings cite women’s gatherings and protests, the collaborative production of art, as well as consciousness-raising gatherings and collective organizing.’ 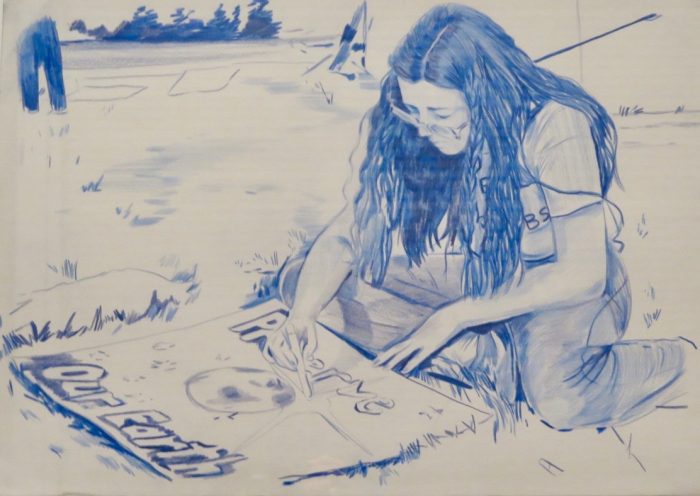 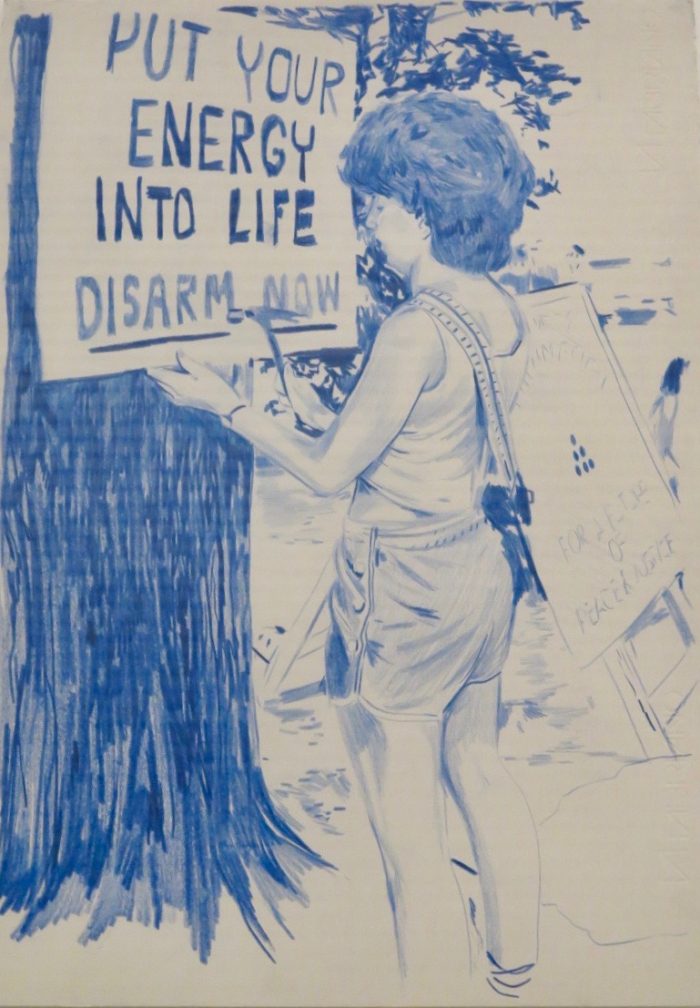 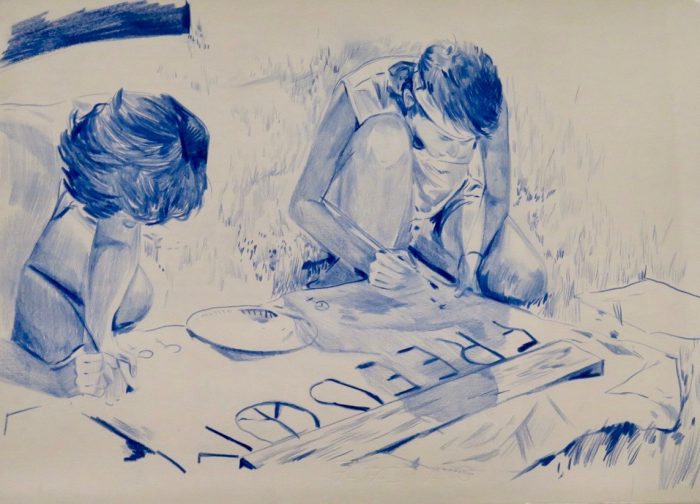 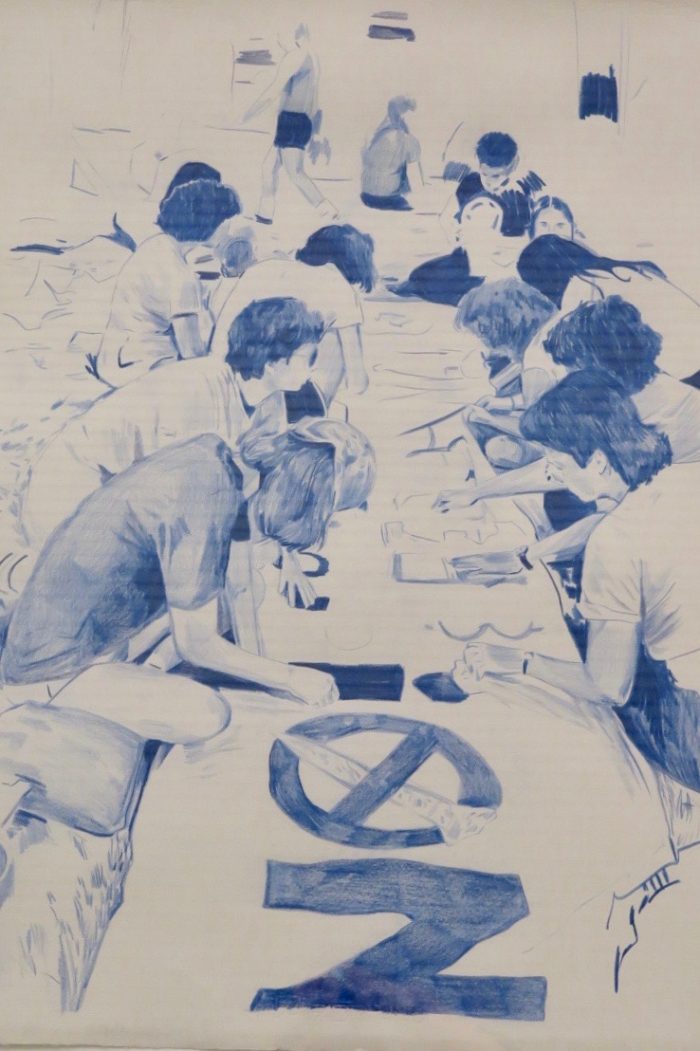 From the: Encampments series. 2017 – ongoing 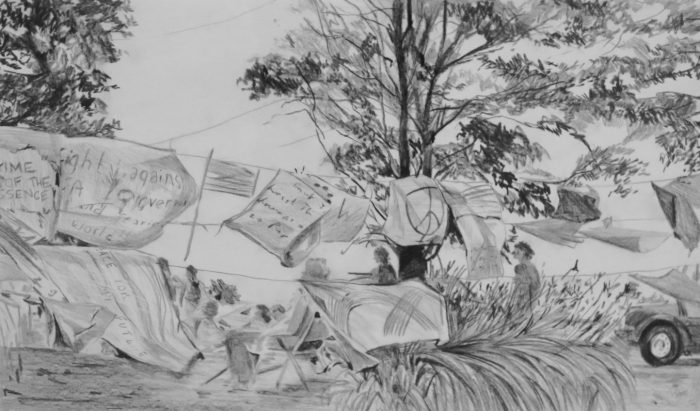 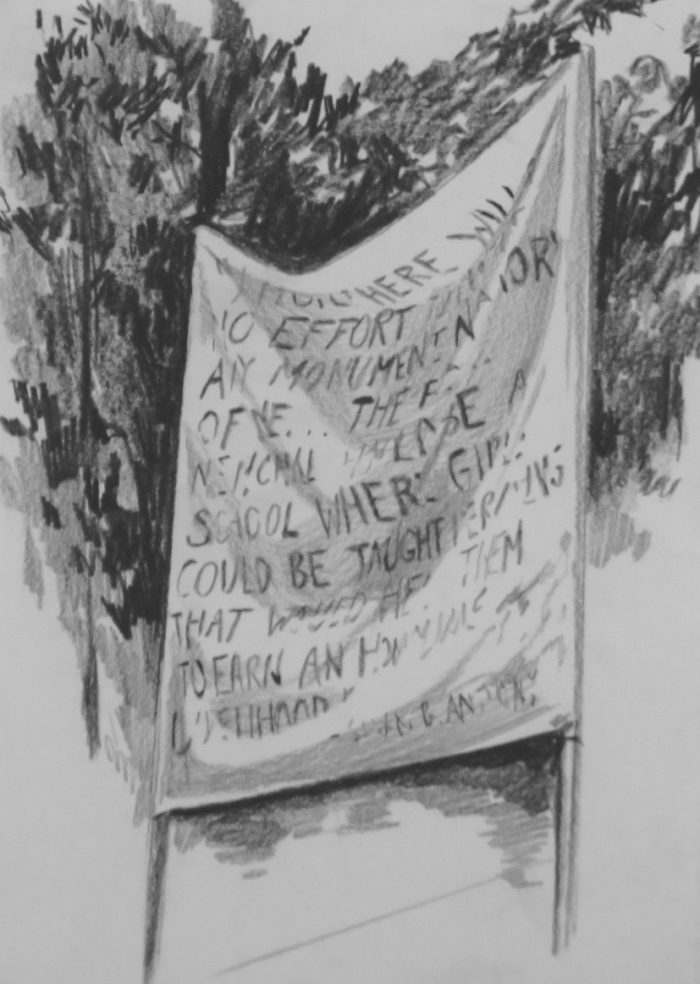 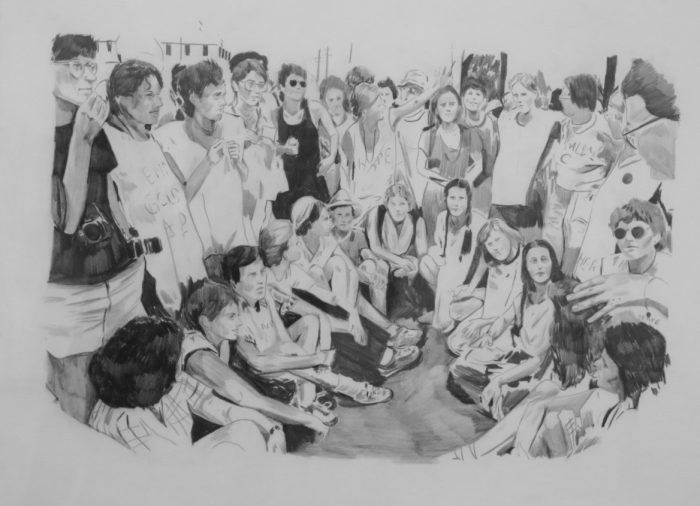