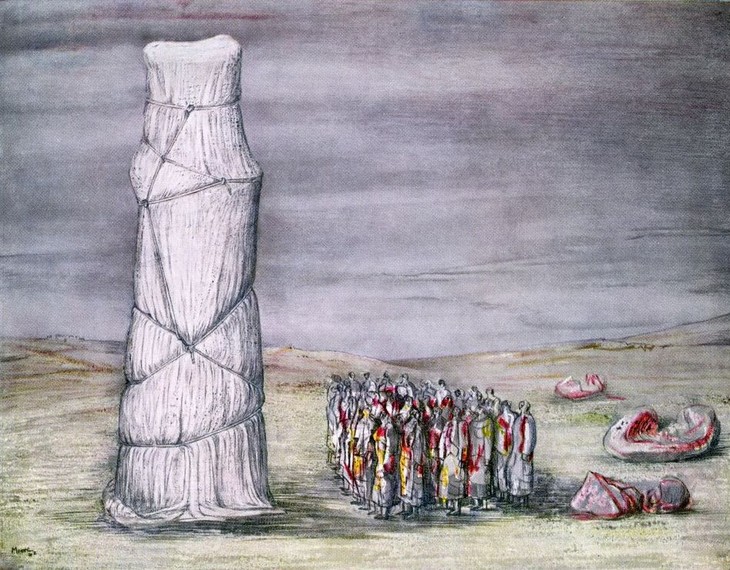 “I feel that I can best express myself, that I can best give outward form to certain inward feelings or ambitions by the manipulation of solid materials – wood, stone or metal.” So said Henry Moore at a 1952 address to the International Conference of Artists in Venice.

“The problems that arise in the manipulation of such materials – problems of mass and volume, of light in relation to form and of volume in relation to space – the problem of continually learning to grasp and understand form more completely in its full spatial reality – all these are problems that interest me as an artist and which I believe I can solve by cutting down, building up or welding together solid three-dimensional materials.”

Henry Moore – who was born 1898 in Castleford, West Riding of Yorkshire and died 1986  in Much Hadham, Hertfordshire – created the Knife Edge Two Piece which sits up by the fountain in Queen Elizabeth Park. 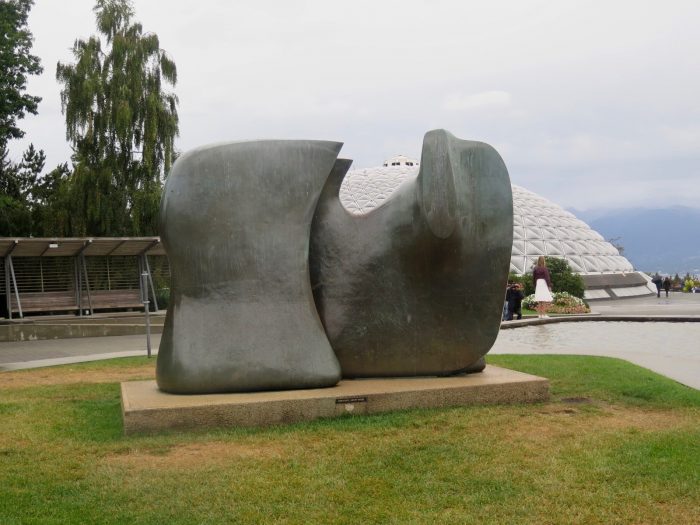 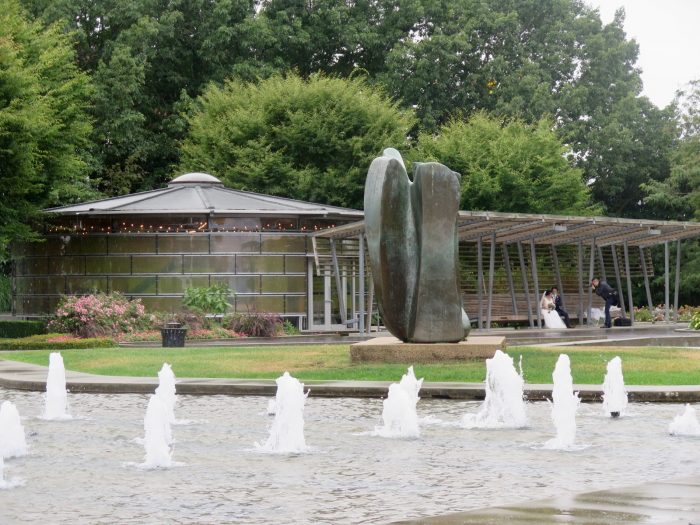 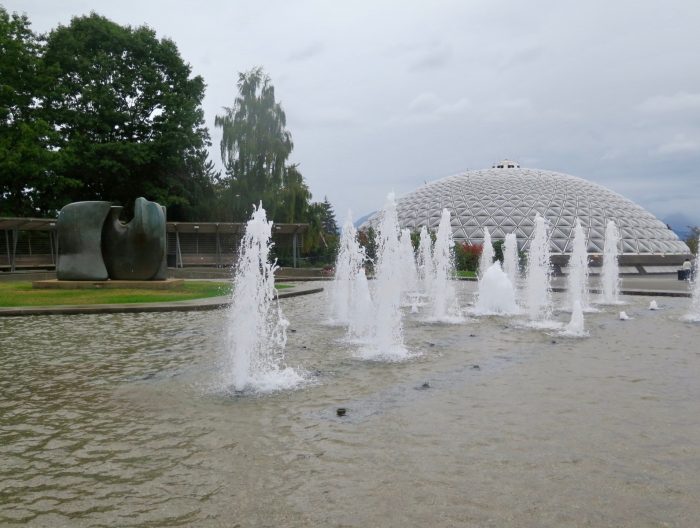 Moore created the working model cast of Knife Edge in 1962. The piece was inspired by his scrutiny of bones. “Since my student days,” he said, “I have liked the shape of bones, and have drawn them, studied them in the Natural History Museum, found them on sea-shores and saved them out of the stewpot … Some bones, such as the breast bones of birds, have the lightweight fineness of a knife-blade.”

In 1969, Prentice and Virginia Bloedel presented Moore’s piece to Vancouver, along with the funds to build the Bloedel Conservatory. The other full-sized casts of Knife Edge Two Piece sit in Westminster, London, the Rockefeller Estate in Tarrytown, New York and at Moore’s ex Perry Green, Hertfordshire studio and estate.

Here’s a video on Henry Moore, ‘Britain’s greatest sculptor’, from the Tate Gallery, who have a 498 x 711 x 330 mm bronze Working Model of Knife Edge.