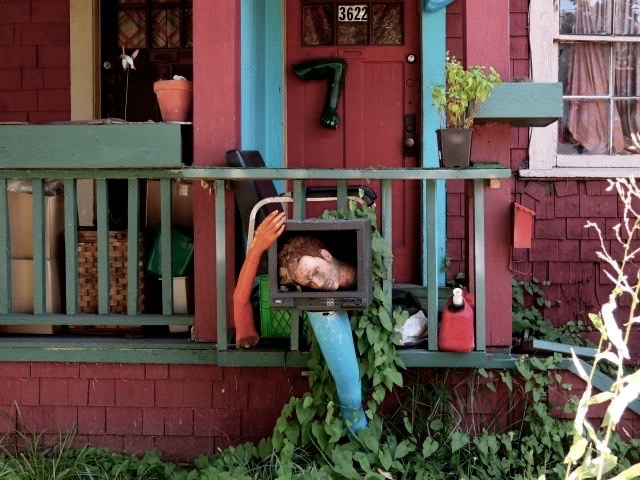 If you have spent any time on Main Street, you have seen the House of Heads. The heads used to call a meeting and peer out on cue. It’s not clear what our feature head did wrong, but he has been locked outside in a TV guillotine box along with a toss of limbs and a jug of gas.

In his well-respected memoir: On Writing, Stephen King notes: ‘I lean more heavily on intuition, and have been able to do that because my books tend to be based on situation rather than story. Some of the ideas which have produced those books are more complex than others, but the majority start out with the stark simplicity of a department store window display or a waxwork tableau. I want to put a group of characters (perhaps a pair; perhaps even just one) in some sort of predicament and then watch them try to work themselves free.’ 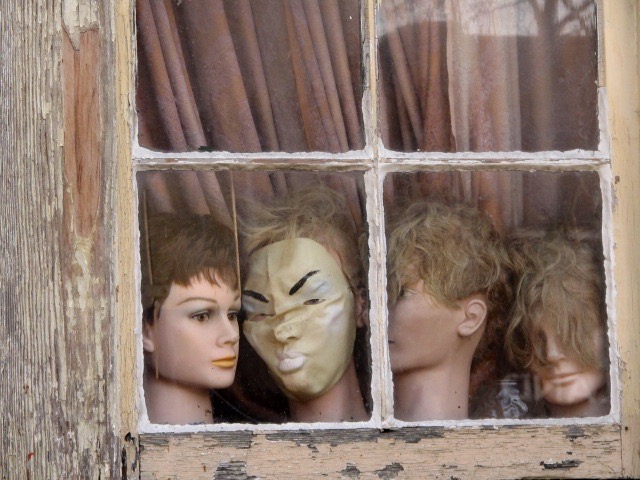 Sharpen your pencils, horror scribes. The House of Heads is calling you. 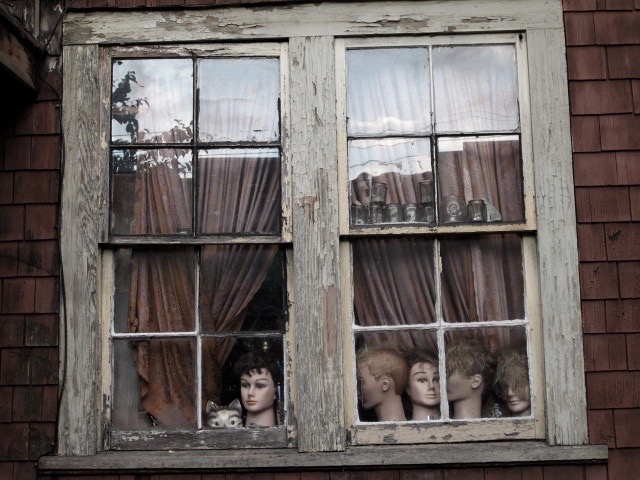