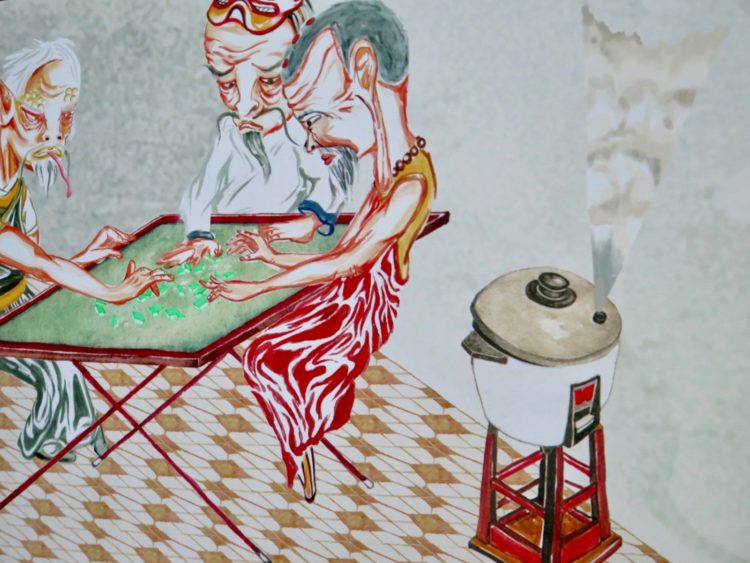 When we visited Howie Tsui’s twenty-five metre animation at the Vancouver Art Gallery, people were sitting quiet, watching his Retainers of Anarchy through two, three cycles. Granted, Tsui’s five-projection, six-channel audio digital piece has no set beginning or end. We zoom from a vibrant, crowded Kowloon apartment to a woman lounging on a hammock to a bloody archery fight. Familiar images appear in new story contexts and suddenly you’re curious to see where the heroes, villains and bystanders will go next. Will they return to that scene where you first spotted them?

Tsui – born in Hong Kong, raised in Lagos, now living in Vancouver – was inspired by wuxia in this piece. This Chinese fantasy fiction features martial arts battles set in 960-1279, the final years of the Song Dynasty.

As the book accompanying the exhibition explains: ‘Living among monks and healers, merchants and commoners, the most renowned denizens of this realm are the itinerant martial arts warriors, knights errant who are experts in swordplay, archery, fist boxing, and many other skills, including flying in the air and casting spells.’ 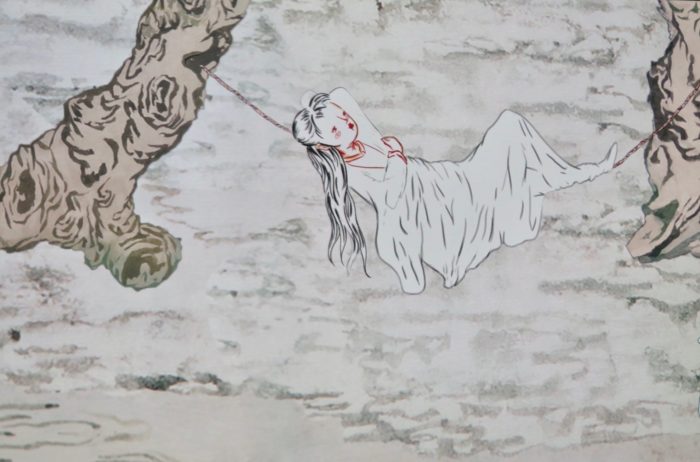 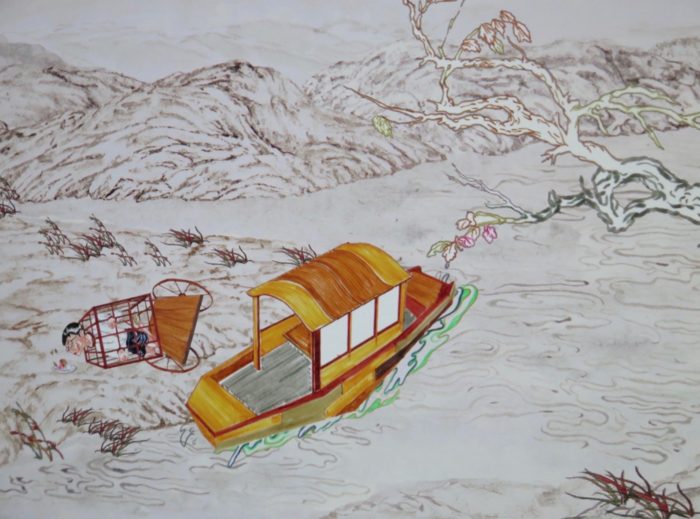 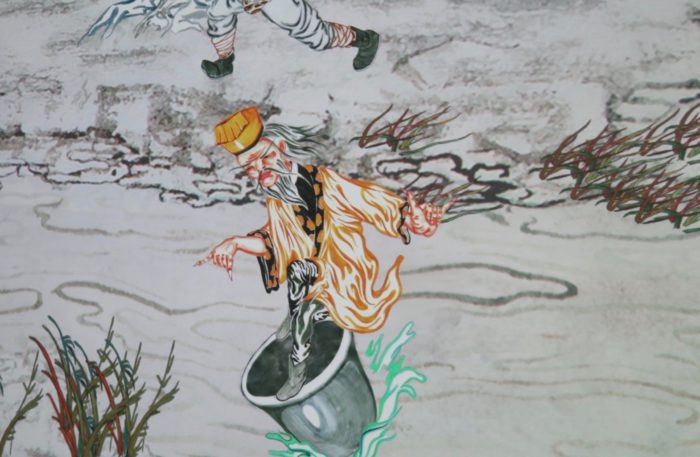 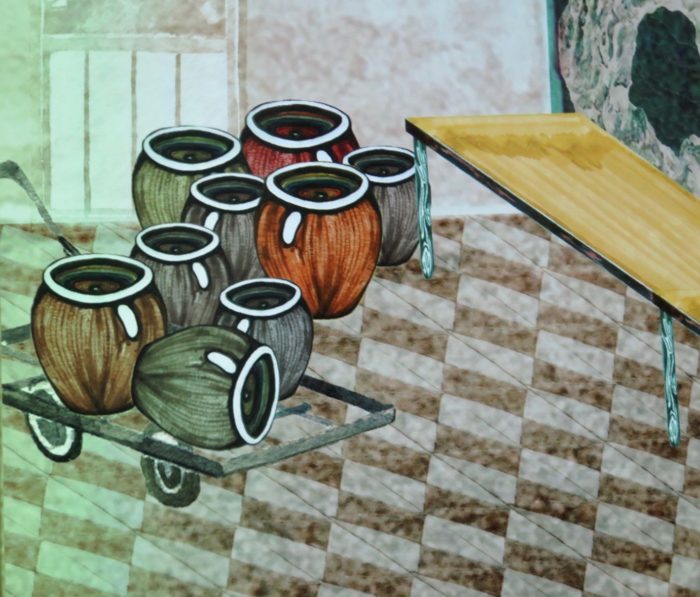 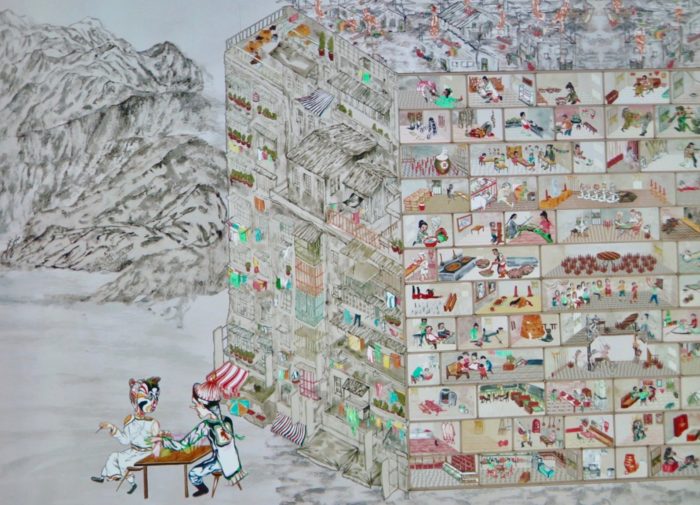 Wuxia, Tsui writes on his website, was a vehicle for rebellion and resistance. It ‘was created out of narratives and characters often from lower social classes that uphold chivalric ideals against oppressive forces during unstable times.’

Tsui’s animation is all drawn by hand – hundreds of drawings that were digitally converted, animated then linked with a martial arts TV soundtrack. An animation team from Emily Carr University helped Tsui translate his frames into video files.

Retainers of Anarchy runs at the Vancouver Art Gallery until May 28, 2017.