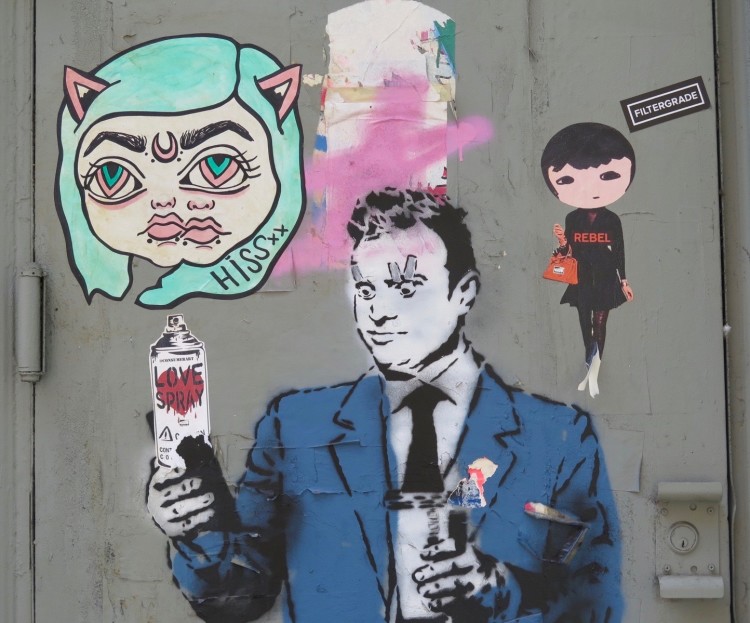 “My dream,” Vancouver street artist I ♥ says, “is pretty well to just travel around and put up my pieces.”

He is doing just that. As you see in our feature image, we happened upon  I ♥‘s Can’t Stop, Won’t Stop man when we were in Soho. It was a whole new meaning for I ♥ NY.

We used to like visiting the Hope stencil near Vancouver Special on Main. Then, one day it was painted over, just another boring lane wall. 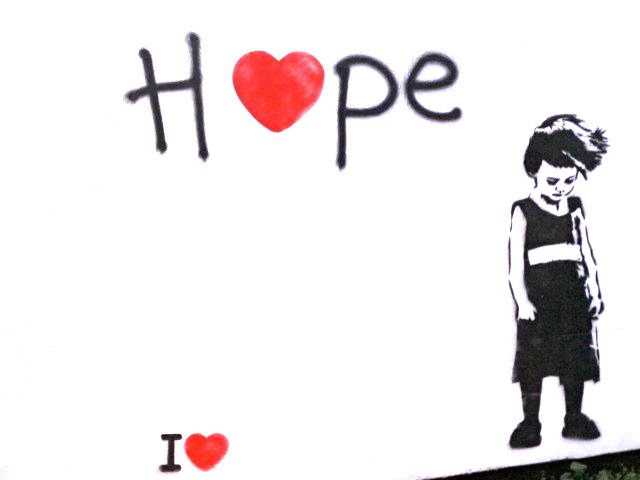 The Hope street art was the work of I ♥. Some compare his style to that of the UK’s Banksy. Like Banksy, I ♥ keeps his identity hidden. 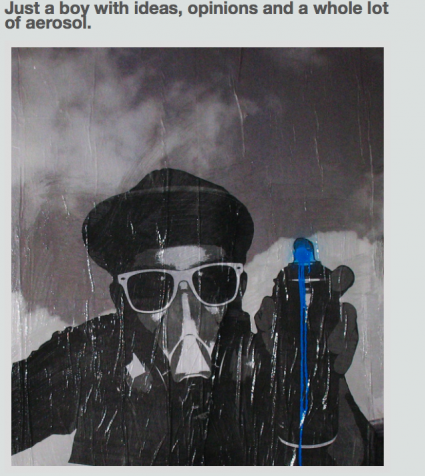 I ♥ won international attention for his wailing boy who, despite his prime location in Stanley Park, has received zero ‘likes’ on social media. Banksy posted I ♥‘s nobodylikesme painting on his Facebook page and the likes flooded in. 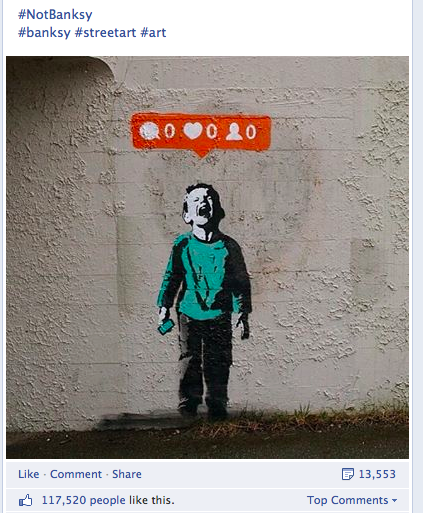 In the summer of 2015, I ♥ staged a surprise art show underneath the Granville Street Bridge. The city graffiti team was on it pretty quickly, but some passers-by managed to stumble onto it in time to see the striking images. 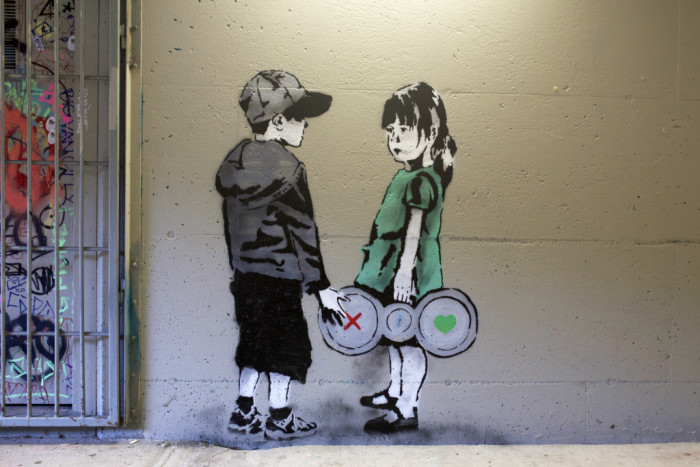 I ♥ was an active participant in Vancouver’s recent Mural Festival. As he wrote on his blog: ‘Huge thanks to David Vertesi for including me in the festival’s inaugural year. Some local artists really showcased the kind of talent Vancouver has..’ 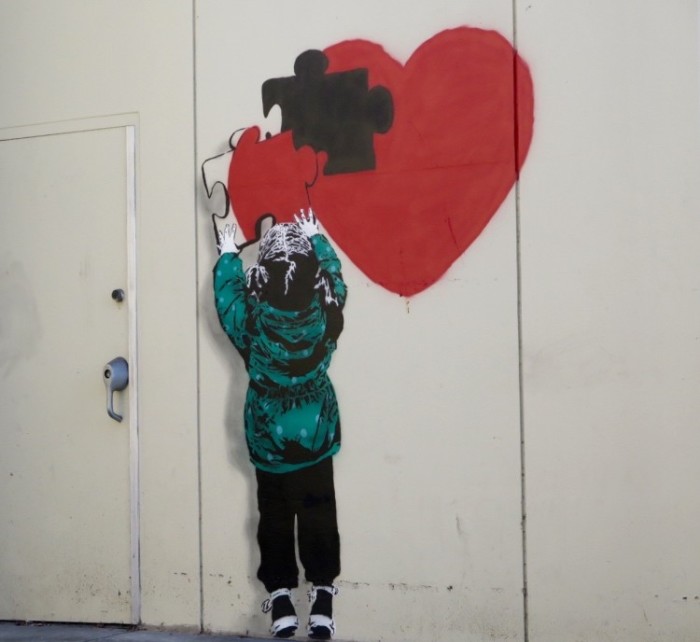 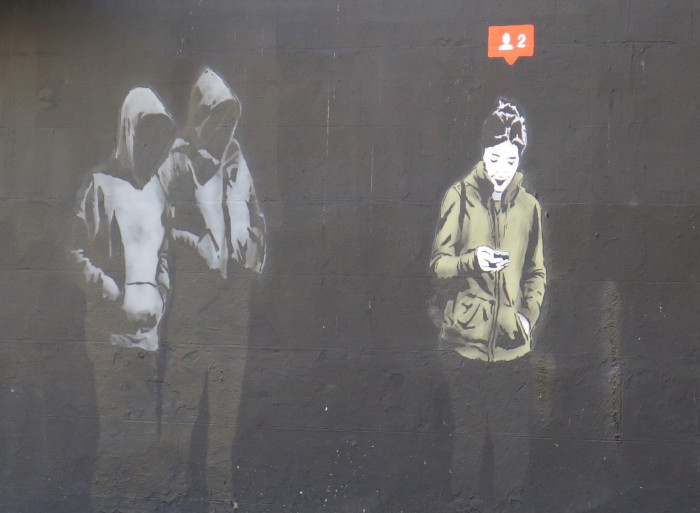 Chris Bentzen from Hot Art, Wet City did a stealth interview with I ♥ last year. In it, I ♥ describes how he gets his street art done: “Scope your spot, have a good lookout, ride your bike, don’t drive and, you know, plan it out a little bit.”