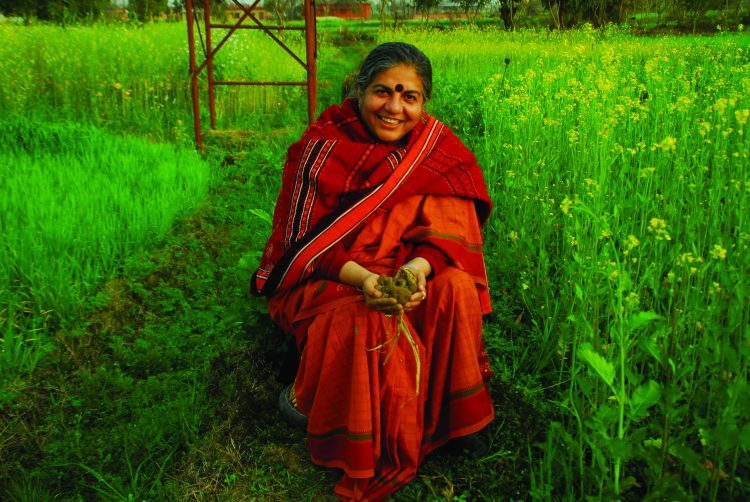 i. My name is: Sirish Rao

ii. I am a: Writer, Festival Director

III. On a ‘typical’ day during lockdown, you’ll find me:
I wake up early and clatter off as many emails and cogent thoughts I can put down until my three year old daughter wakes too, and then I cut fruit for her. Anyone who grew up in an Indian household, or anywhere in Asia knows exactly what this means. I’ve noticed a few articles doing the rounds about this phenomenon recently and I know exactly what they mean. I inherited this from my parents – showing love through the careful cutting of fruit for your child. It is also in my opinion, the most graceful of culinary endeavors – you pay attention to the knife, you select the fruit carefully, and then you turn what is already a beautiful thing, into smaller segments of beauty. And then you watch your child eat this careful work of art with absolutely no regard for aesthetics, and everything is a sticky mess. It’s got to be a metaphor for something. The rest of the day, my partner and I juggle work and caring for our child, so it’s bursts of efficiency punctuated by singing the ‘Frozen’ soundtrack. Then until midnight, it’s uninterrupted work. About a year ago, I totally stopped putting anything out on social media, and it’s been the best thing. 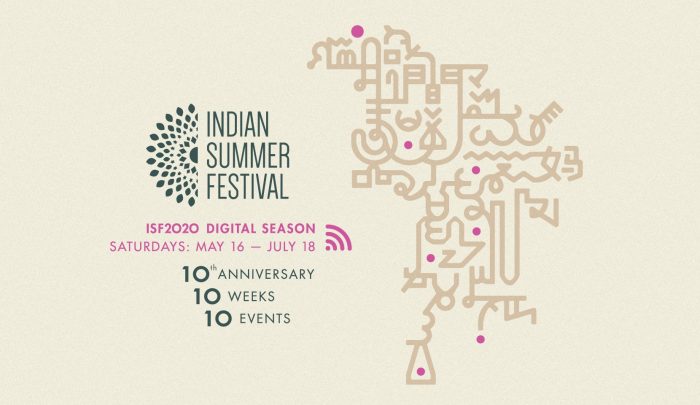 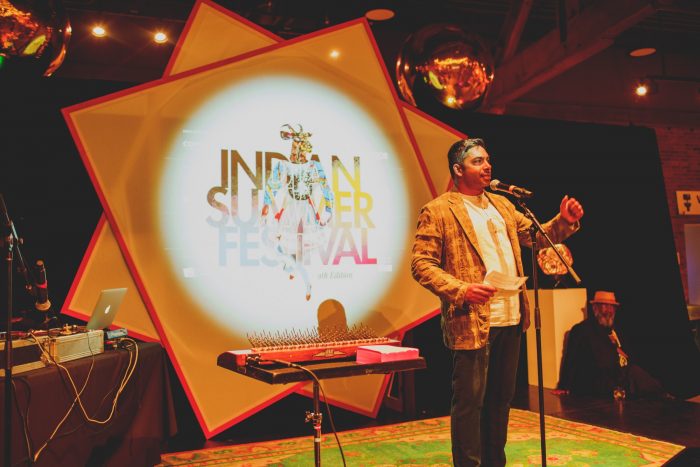 iv. The name of our festival is:
Indian Summer Festival. It’s our 10th anniversary edition.

v. In describing the show in 3 sentences or less, I’d say:
It’s a festival for the curious mind. We offer our audiences multi-arts experiences of high caliber, curating through a South Asian lens, and centering the work of culturally diverse artists. We strive to be loving and fierce, with a curatorial punch that dismantles walls, plays with ideas and provokes necessary dialogue and debate.

vi. Under lockdown, the festival is:
Transforming. The whole point of art is to transform, and to offer alternate possibilities. We can’t gather in person now, but we changed the way we do things to experiment with the question: “what is digital community?” So it’s a gathering of faraway friends – old and new. 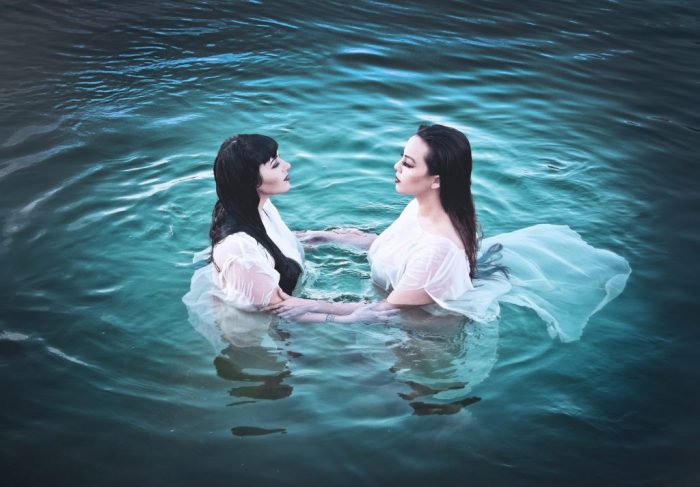 viii. The inspiration for this festival/digital season comes from:
The festival theme for the 2020 edition is ‘River of Language’. Festival artists are invited to consider language as an ecosystem. It’s inspired by the writer and ethnobotanist Wade Davis’ description of language as  “the old growth forest of the mind”.

ix. One challenge in developing this festival was:
I wish it were only one challenge. But as you can imagine, we were working towards a physical festival involving 200 or so artists from all over the world, then had to dismantle that with as few losses as possible  and in a period of one month, reinvent ourselves into a virtual festival, articulate that new direction, bring all stakeholders along for the ride, and then start delivering on that promise. We’ve already presented 40 artists in the first three weeks of the digital season. 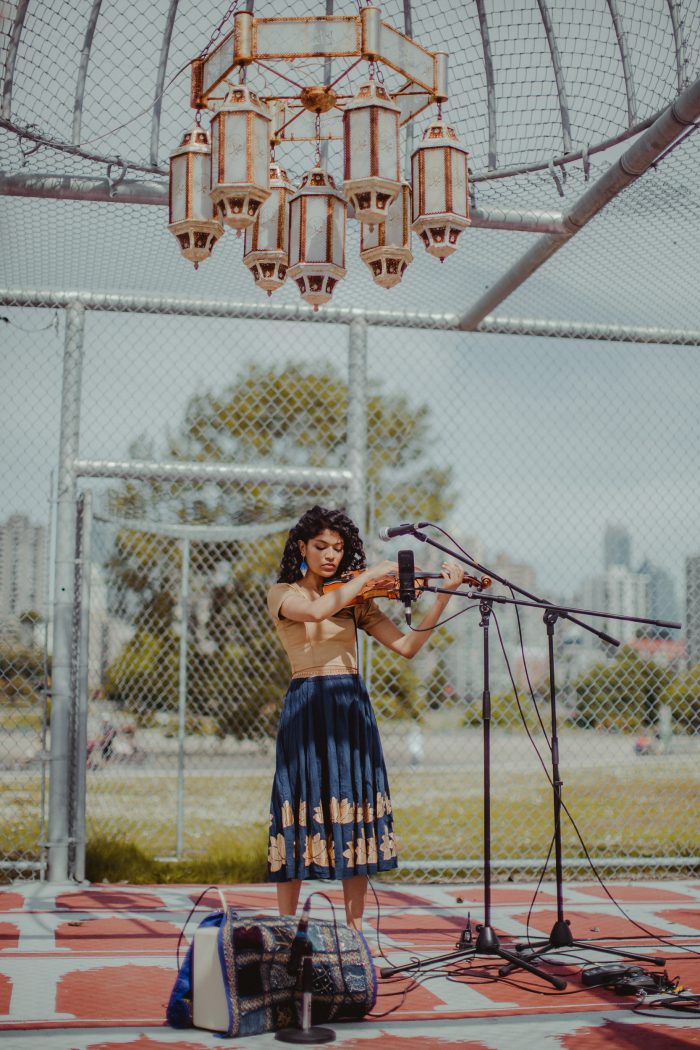 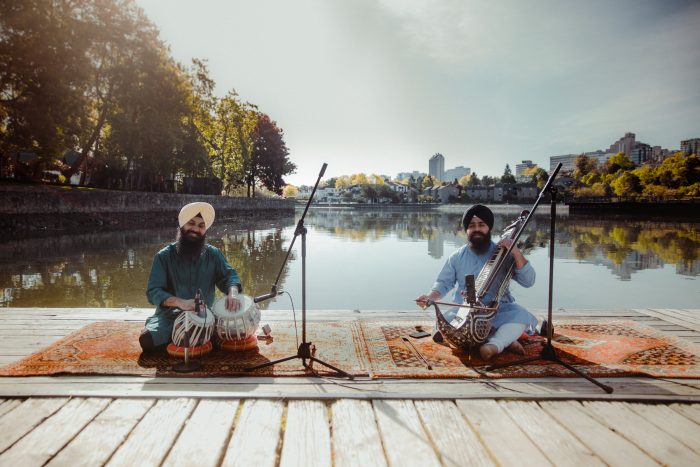 x. My past work includes:
I was a mountain guide in the Himalaya, and then a publisher of art, design and children’s books for a decade before turning to festivals. Clearly, I am known for my logical thinking.

xi. Putting a new digital season out into the world feels:
Like a rebirth. So much new learning. And a 10th anniversary is a fitting year for that – it contains the 1 and the 0. Reset, new beginnings. And of course, 1 and 0 are the only units of binary code. It’s almost like it was fated that we would go digital.

xii. After this festival, I’m looking forward to:
Time to listen to the force that is saying slow down. 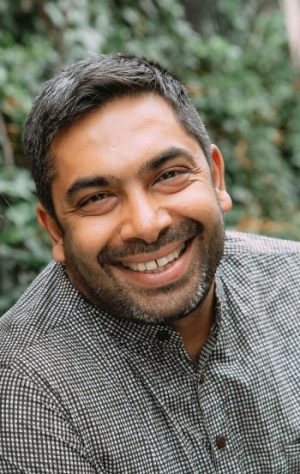 Indian Summer Festival is celebrating its 10th anniversary by ‘presenting 10 mega-events, streamed on digital channels at 7:01pm PST every Saturday for 10 weeks, from May 16th to July 18th.  All events are free to view, or by donation.  Visit indiansummerfest.ca for more details.’