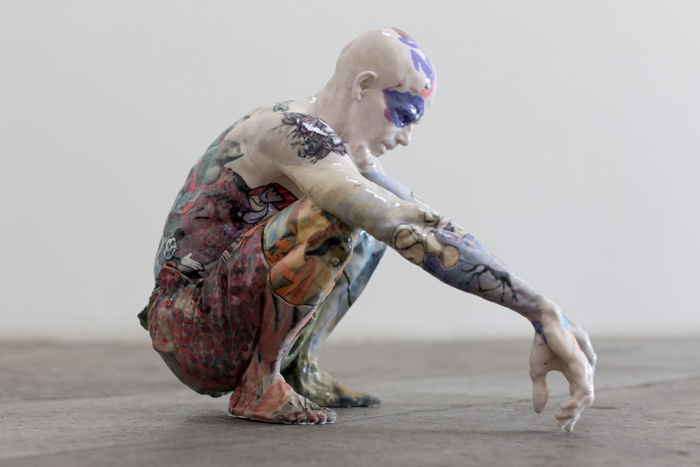 This Jeri is as 2015 as they come. He is borne of 3D printing, digital tattoo texture maps and complex Photoshop mathematics. Yet this same Jeri – with his Brazilian graffiti, Marilyn Monroe and Pablo Picasso tattoos – has an old world character about him. His is a weary wisdom that seems rooted in sand and salt, not tiny squirts of plastic filament.

How is it that Jeri can so clearly straddle the old and the new? He does so courtesy of his creator: Sculptor and CG artist, James Stewart.

Stewart has made his mark in the world of old school sculpting – clay, lost wax, bronze. He has also excelled in the world of mad-tech movies, where he has been Creature Supervisor for blockbusters like The Chronicles of Narnia, Harry Potter and the Order of the Phoenix and Oscar-nominated for his work in District 9.

“A sculpture is a sculpture,” says Stewart. “The rush I get out of both types of work is similar. In filmmaking, you are always struggling to get something done in a timeline, something that works on the film stage. It’s a great way to train your eye. The real skill with creatures is understanding what the Director wants. When I’m doing my sculpting, I can choose what I want to say and how I want to say it.” 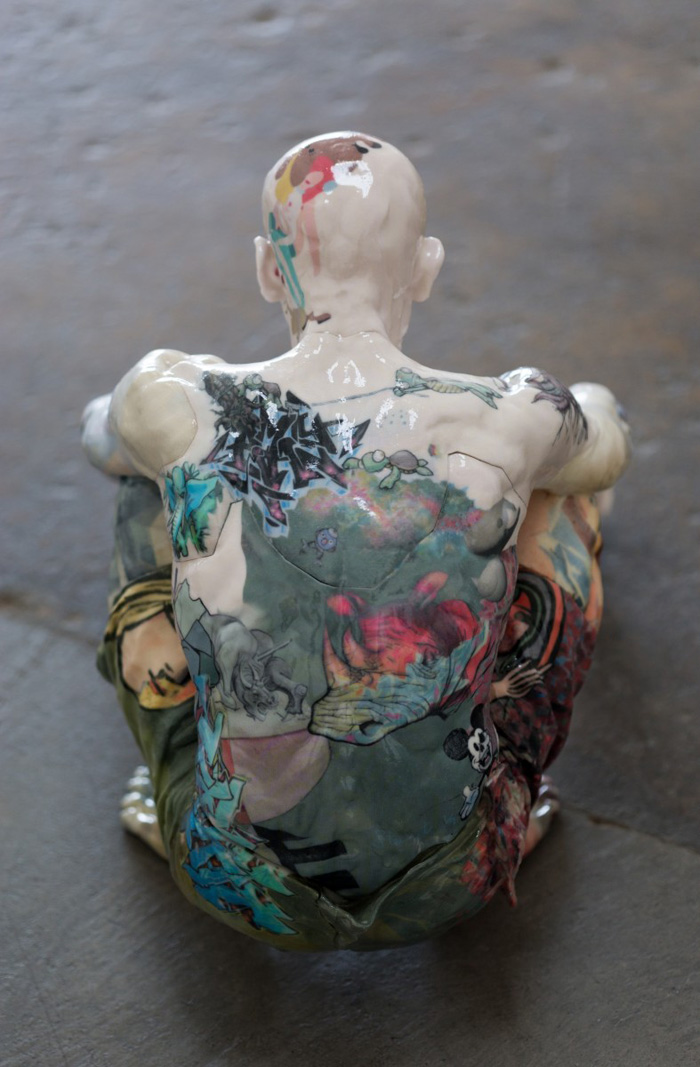 In order to find Jeri, Stewart did what he always does before embarking on a new sculpture: he went travelling. “I try to break away from the main tourist routes.” It was in Jericoaquara, Brazil – Stewart names his sculptures after the towns where he finds his models – that he found the capoeira dancer in whose likeness Jeri was built.

Here in North America, Stewart finds it difficult to get people to pose naturally for photographs. “We have a paparazzi style relationship with the camera.” But, with the capoeira dancer in Brazil, the fisherman in Hawaii, the Village Elder on the Zambezi River and the gypsy in Florence, Stewart finds eager subjects who fall into natural poses with little direction. “They transform themselves into something sculptural based on whatever they want to say.”

Once Stewart had his photos, he returned home to start recreating Jeri’s strength of character – muscles and veins ready to leap, head bowed in thought. Jeri would come to new life in an oil-based clay, the first step in the ancient cire perdue, or lost wax method. “I believe that you should prove yourself in the classical ways. Develop your own style based on the dogged pursuit of perfection.” 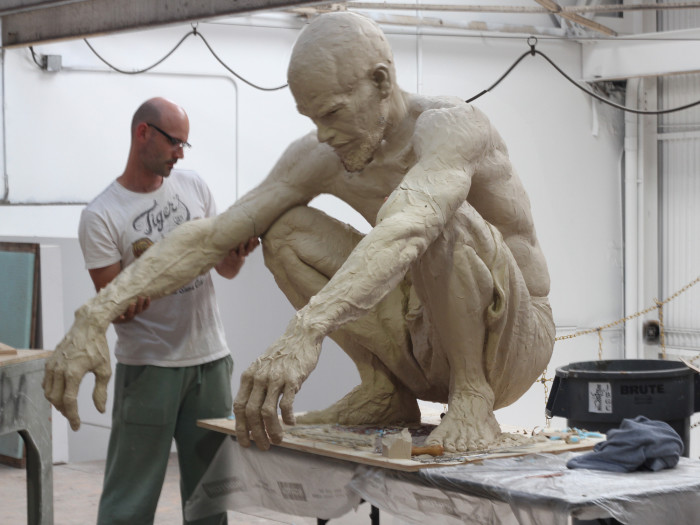 Jeri quickly attracted attention in his bronzed state. He can be seen in Whistler outside Stewart’s Gallery along the Stroll on Blackcomb Way. A privately commissioned Jeri – Stewart does only limited editions – is sitting at 7th and Fir in Vancouver.

But, as we know, that wasn’t it for Jeri. “The 3D printing came to me serendipitously. I wasn’t planning on doing that.” A friend of a friend was keen on getting artists to test his printing technology. Stewart – with his international background in high-end animation, modeling and creature supervision – was an obvious candidate.

“I gave him a 3D model from scanning in one of my pieces and put a tattoo on the back for fun.” The friend of a friend sent it off to Adobe, they were excited and Stewart suggested that they up the ante. “Let’s challenge the machine. Let’s build a piece that only we could develop.”

As you’ll see in the video below, it is an enormously complex process:

Stewart is interested in where this marriage of traditional sculpting and 3D tattoo magic will take him. For a recent piece, he found a subject closer to home: Pascal Molat from the San Francisco Ballet. “I wanted to sculpt him in a way that wasn’t a typical ballet pose. I asked him: ‘what is a Pascal Molat pose? What do you do every single time?”

Molat described a quiet moment behind the curtain, where he would ready himself, right before launching onto stage. “I liked the idea.” Molat now finds himself in bronze – in a sculpture that will benefit the San Francisco Ballet School – and in glorious, tattooed 3D print art. 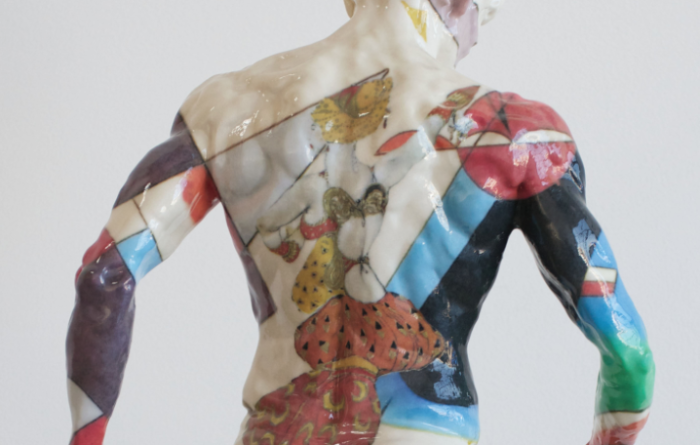 “I believe in the long and slow approach,” says Stewart. “Let the art that you want to make become a practice, like yoga. If you do that day in and day out – make it part of your life – before you know it, you’ll arrive somewhere.” 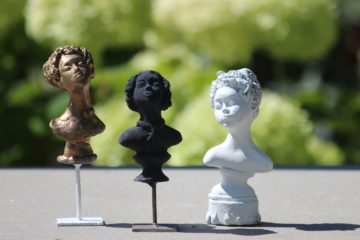 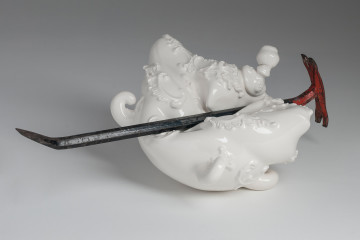 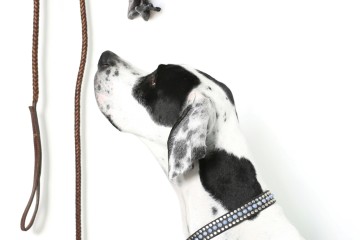