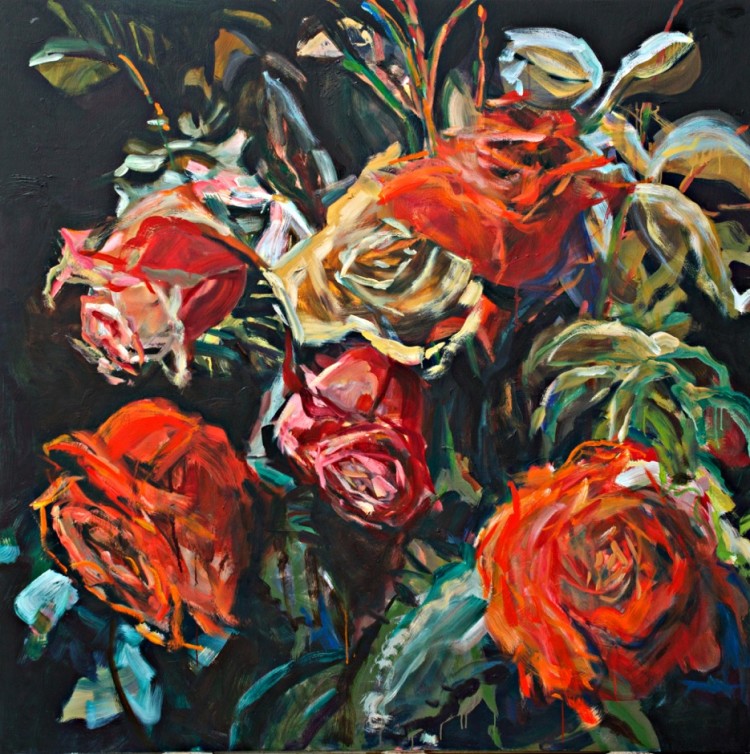 The bouquet was on its last stems. Peonies starting to droop; petals ragged and browning. Leaves curling their way back to the midrib. Each flower staking out its final resting place on the edge of the cellophane.

“Perfect,” though artist Jamie Evrard. “I’ll take this one.”

“Oh no,” said the Kitsilano florist. “That’s no good. It’s no good.” She tried to whisk the old peonies out of sight, but Evrard held tight. Those were the flowers she wanted to paint.

“Alright,” the florist finally relented, dunking her newer, fresher peonies back in the bucket. “Five dollars.”

The moment Evrard got back to her backyard studio, she took photo after photo of the beautifully destructing bouquet. Then, under the light of her north-facing skylight, she started to paint.

Evrard likes to find new ways of looking at the flowers she paints. “The reason I like flowers is that they are just such a good excuse for colours. I think they are abstractions.”

Some of her favourite flowers include tulips, wild red Italian poppies and, of course, peonies. “Peonies. They are total blousiness – loose, wanton and sexy. Oh my goodness. There is a big peony farm in Mission. I take photos out there and return with armloads.” 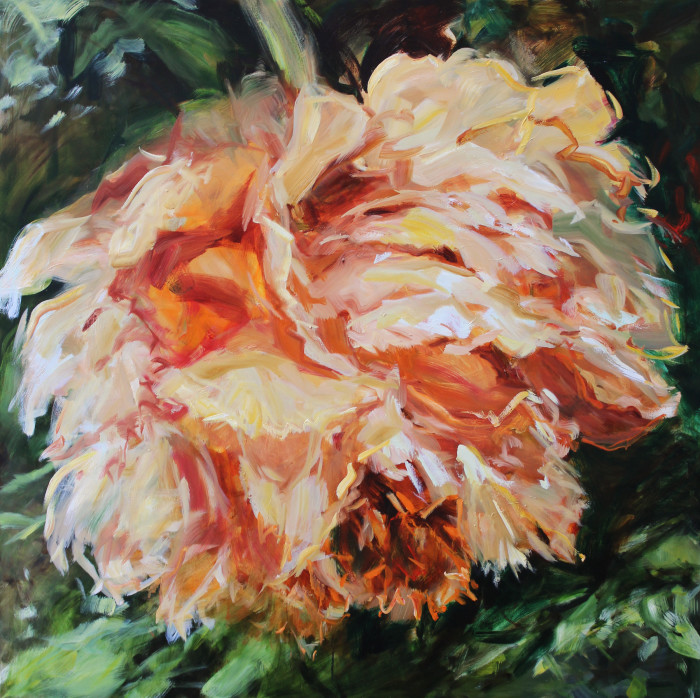 Evrard will sometimes turn her garden photos – or even the canvas – upside down and start to paint from that perspective. “It’s a fresh way to look at something. It’s ultimately an abstraction.”

When she is painting, Evrard gets that same sense of wonder she had when she first discovered art as a senior in high school. “We were drawing this skinny guy on stage in blue jeans. I remember drawing a seam with a pencil and thinking it was an amazing exercise. To recreate what we were seeing. Something in me turned on.”

Much of Evrard’s painting takes place in her garden-facing studio. “It has a plywood floor and three big old double windows we got from a guy who was throwing them away.” Inside the studio, you’ll find a bulky printing press that harkens back to her early artist days creating monotypes. “I used to be down on Granville Island. I wanted to paint, but there was no way to because the ceiling was slanted. So, we built the studio in the middle of our garden in 1984.”

Every year, Evrard spends months painting in Umbria, Italy. “It’s Mercatale – a really ordinary town. It’s so authentic.” She and her husband discovered the area in 1994. “The light there is so beautiful. It’s really different. I mostly do still lifes when I’m there.”

Evrard will visit her farming neighbours to gather pomegranates and quinces for painting. “When the light shines on them, it imbues them with this ancient quality, a glow. The Italian light is more golden. The light in Vancouver is very blue, very cool. If I put a pomegranate on my table in Vancouver, it just looks like a pomegranate. In the Italian light, the same pomegranate looks important, beautiful, ancient.” 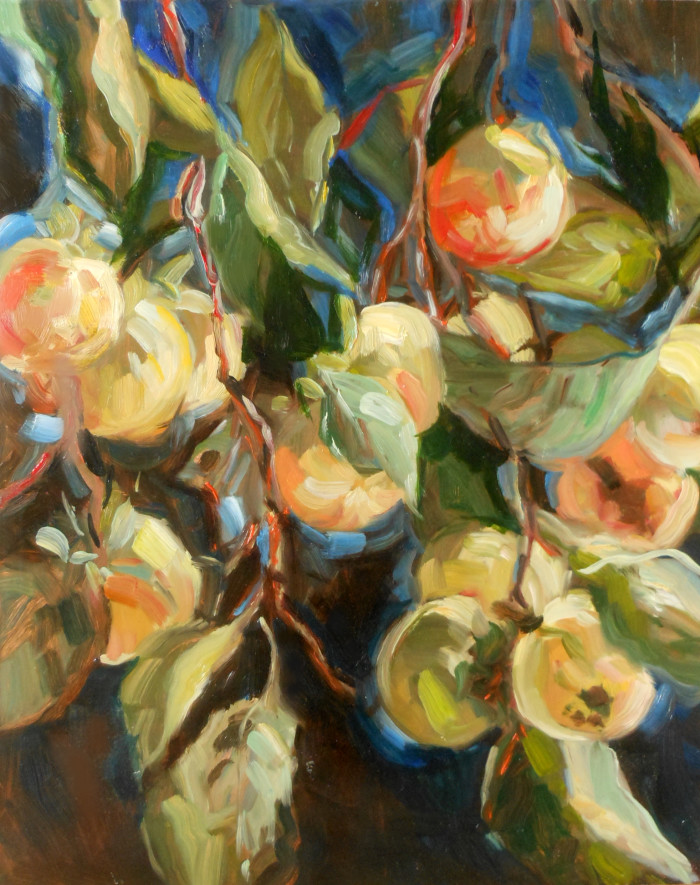 “When I’m in Italy, I also paint on copper a lot, which I love. With copper, you can move things around. You can wipe it off. After I get the forms and basic colours, I go in in more and more detail. At the end, I feel like I’m sculpting. It gets more and more three-dimensional.”

When she is working on canvas, Evrard will often start one painting, decide it has to change and start something quite new on top of it. “Some of my paintings, I’ve worked on for months. I think a painting is finished when it stops sassing back.”

“I feel like you have to destroy something to create something.” The gorgeous black-based rose painting in our header photo started off much different, much lighter. “Then it went into a pea green. I started making it darker and darker. In painting, the colours that are under things are very important.”

Has Evrard’s approach to art changed over the years? “It doesn’t get easier. It might even get harder. You can’t solve a painting the same way you solved another one. You always want to come up with new ideas.” 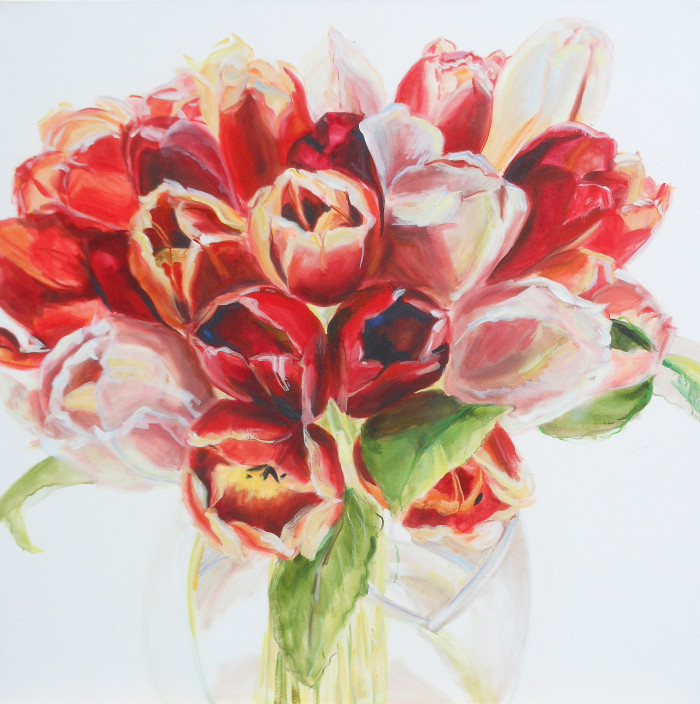 Lately, Evrard has been writing more. She is working on a book – A Painter in Umbria: A CommonPlace Book – which is based on a journal she has kept since first coming to Mercatale. “It’s snippets that I edit, ordinary stuff. Coming to know the neighbours. Drawing outside with a stick. Problems with bugs. The loneliness of an artist.”

Recreating these Umbrian memories has been difficult and heartening for Evrard since her husband passed away. “I don’t stay in the big house now. It’s too big for one person.” These days, she will do most of her Italian writing and painting in a converted tobacco tower on the Mercatale property. “It’s all white and has double doors looking over the valley.”

Throughout her life, Evrard has seen a difference between those who like to create art and those who have to create art. “Professional artists have to do it. It’s not a choice.”

And for those who must pursue art, what advice does Evrard have?

1. Take it day by day
“Do something every day that pleases you. Live day by day. The long-term plans will take care of themselves. That’s how creative work happens. You start working on one thing and it turns into something else.”

2. Go to school
Evrard got her BA from Brown University and two Masters from the University of Iowa. Grad school was not always a delight, but she found encouraging, talented teachers along the way. “Try to take some art courses. It really helps to have other people around you who are doing art and who think it’s important.” 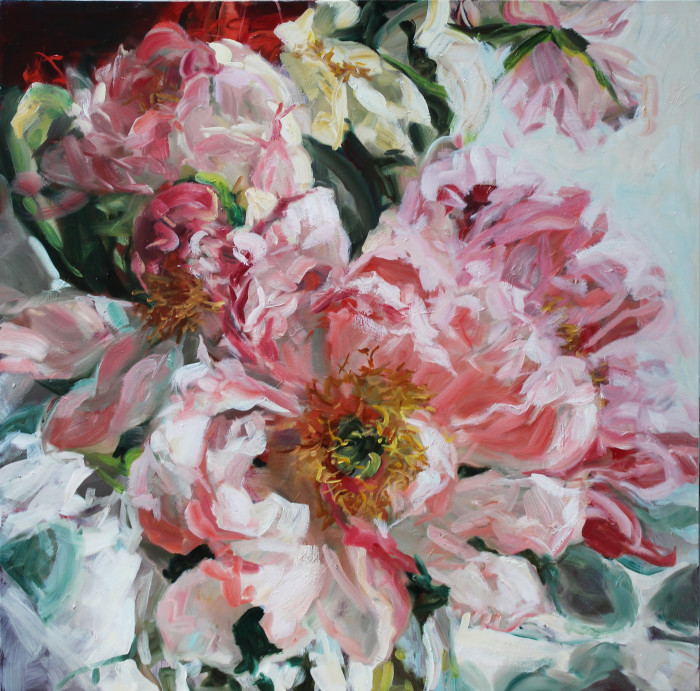 3. Look at other artists’ work
“I met this writer guy at a party who said: ‘I don’t read any other writers.’ Well, what makes you think anyone is going to read you?”

4. Don’t let others drag you down
“Every artist and writer has a lot of people who say: ‘you’ll never make it.’ You have to be able to turn around from that and just do it.”

* Photos courtesy of the Bau-xi Gallery

The Mannequins Are Safe At Circle Craft