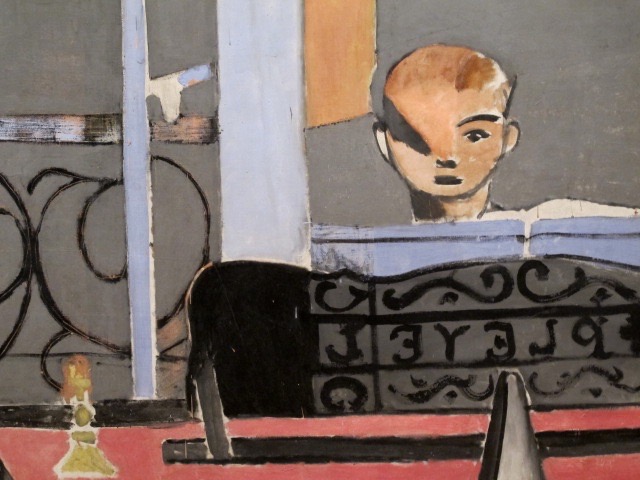 For many of us, a career is a door propped open. Why not try something different? But, ever so often, you meet that person who has had one clear career dream since childhood. Jonathan Girard is one of the unwavering few.

Now Director of Orchestras at the UBC School of Music, Girard knew by Grade 5 that he wanted to be a conductor. His pianist parents had always encouraged his musical interests. In early elementary school, Girard was studying viola, piano and saxophone. But, conducting was something that he uncovered on his own. “I wanted to look at scores. I wanted to see how everything fit together.”

One of his earliest inspirations was Leonard Bernstein. “I remember watching Bernstein on TV in the Young People’s Concerts,” says Girard. “He spoke so eloquently. I was mesmerized by his persona.”

Finally, the young Girard had the opportunity to go see one of the pieces he had learned about through Bernstein performed at the Symphony Hall in Boston. “It has some of the finest acoustics in the world. I heard them perform Debussy’s Afternoon of a Faun and it blew my mind. I couldn’t believe the colours, the vibrancy of the strings. It was so vivid to me; I thought it was magical.”

That was it. Time to conduct. Girard marched back to school and told his 5th Grade Band teacher that he would like to conduct his peers. The teacher agreed and Girard took on his first official conducting assignment. The piece? Blue Rock by Philip Sparke.

That said, his Grade 5 buddies deferred to his baton. “No one questioned it. So much of leadership is just demonstrating the qualities that people expect to see.”

Girard continued with his instrument studies. “To be a conductor, you really need to become a musician on an instrument first and foremost. Conducting is showing your innate musicianship without an instrument in your hand. You see a lot of pianists as conductors, because they are able to sit down and realize a score at the piano. They have a firm understanding of harmonic structure.”

Meanwhile, Girard continued reading relevant books – such as The Grammar of Conducting: A Comprehensive Guide to Baton Technique and Orchestral Interpretation by Max Rudolf – and studying scores. “I was getting an understanding of how things were formally constructed, how each composer wrote. Why does Brahms sound like Brahms? Why does Mozart sound like Mozart?”

Since childhood, Girard has been wowed by Beethoven. “The intensity of it. How he is able to take such a small motif and develop it in such a compelling way. It is really vigorous how he writes. He just understands the orchestra.”

Girard also learned a great deal by studying conductors he admired, such as Carlos Kleiber. “He didn’t conduct a huge repertoire, but what he conducted was amazing. There was a real mastery. There is a story that Bernstein watched Kleiber conduct Der Rosenkavalier at the Met. When he emerged, he said: ‘I’ve just seen the greatest conductor in the world.”

“Kleiber had outstanding control of the orchestra,” says Girard. “Listen to his performance of Brahms 4. It is the best Brahms 4 I have ever heard. It’s stunning. It’s not contrived. It’s honest music making. He was a bit of an enigma, a recluse, but he’s among the finest in the world.”

After completing his Bachelor of Music in Saxophone performance, Girard enrolled first in a Masters of Orchestral Conducting at Boston University, then in a Doctoral program at the prestigious Eastman School of Music. Throughout, he was taking on Assistant and Associate Conductor positions and serving as Director of Music and Organist at serious music churches. “You keep broadening your horizons. You become more and more hungry to see what is out there.”

Through each new experience, Girard learned more about non-verbal communication and how orchestras respond to conductors. “You want to be as efficient as possible. Talking takes time. The less you speak, the better, though sometimes you have to explain things. Orchestras want to play.”

“The goal is to help the musicians realize what is on the page and to fulfill their own musical expectations, while at the same time pulling everyone together in a musical direction that makes sense.”

Neil Varon – Conductor and Professor at Eastman – was a particularly important role model for Girard. “He probably had the most influence on me as a conductor. He understands that you can’t demand more of the musicians than you do of yourself. He also emphasized the importance of listening. When they hear that I’m really listening, they will give everything.”

“Neil was able to bring a true understanding to me of how gesture will elicit orchestral response, how to really control speed, tempo and shape. He also taught me how to create seamless transitions.”

These days, Girard is attracting international attention and mentoring students of his own at UBC. “It’s exciting to see the quality of the orchestra grow over time. We have some exceptionally talented students and they give it 100%.”

The reputation of the UBC Orchestra has certainly been flourishing in the community. “We’ve been sold out at almost every concert. That’s a really great thing for the students to see. For The Rite of Spring, we had to turn away 400 people at the door.”

With the UBC Orchestra, Girard has been able to tackle some of the scores he started analyzing in his youth. “We did Beethoven’s Eroica last year. That was a work that I was almost scared to conduct, because I hold it in such high esteem. The only thing I can do is screw this up! I think it’s the height of symphonic music in the early 1800’s. It is so creative, so bold, so well-constructed.”

Girard and the Orchestra are also doing Beethoven’s 9th Symphony –
“with the fantastic choirs and voice soloists here” – as part of their season of 9th Symphonies. “We’re doing Shostakovich. Schubert. There are very few composers who got past the 9th symphony.”

In his own experiences as a conductor and as he teaches a new generation of conductors, what has Girard learned about leadership?

1. Lead by example.
I don’t demand more of them than I would of myself.

2. Work alongside the team.
It’s not about me. It’s about them and us. We are all able to work and make music together.

3. Be consistent with your standards.

4. Be efficient in your communications.
The hands can only express so much. Our faces are limitless in expression. Find ways to convey what you want.

5. Anticipate.
As I’m conducting, I’m hearing the score in my head. I’m thinking about what I need to show to get that to happen and I’m evaluating the response that the orchestra is giving me. I’m also thinking of where things are not lining up and what I am going to say when I stop.

6. Listen
People often don’t take the time to hear what someone is doing, saying or playing. That is a really important skill for any leader because it gives you credibility.”