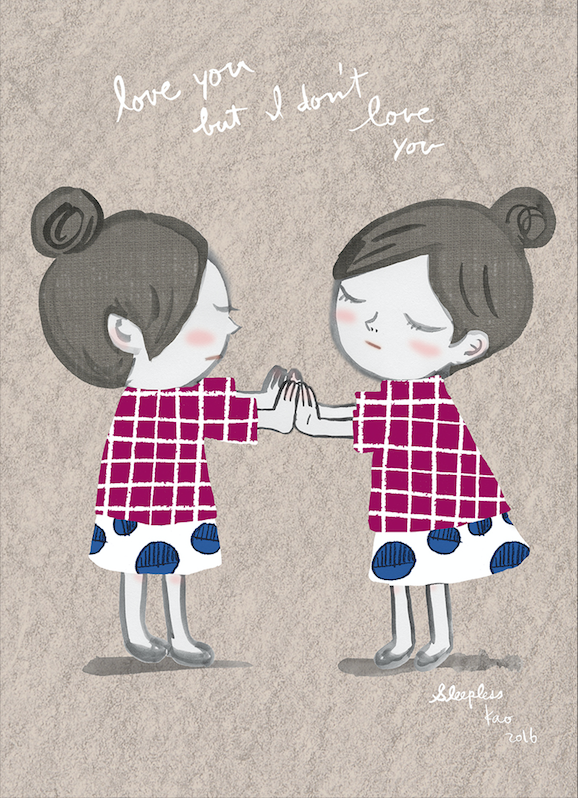 Ten years ago, Kaori Kasai was at an artistic transition point. “I had a time of struggle. I always do. All artists have thinking times.” She was trying to puzzle her way through. “I kept thinking and thinking.”

Days into the grappling, an image popped into Kao’s head. “A little girl is lying on the ground. I drew her more like a young lady. She is lying on the ground, under a big tree. She is the seed and she is sprouting leaves that look like hearts.” Kao got out her pencil and drew the image in her sketchbook. Doing so felt like a release; she had broken through. Feeling newly inspired, Kao moved on to fresh artworks, leaving her small seed to rest on the page.

Last December, Kao was in another phase of transition. “I was having another moment of struggle, a hard time. I wasn’t sure what to do.” She remembered the young seed of ten years ago. “I drew her in pen and paper, then coloured her in on the computer. But, the struggle in my heart in brain didn’t go away until I started to work on the big canvas – it was four feet square. Once I started painting, it was easier. There was no more fear, no more pain. It took two weeks.” 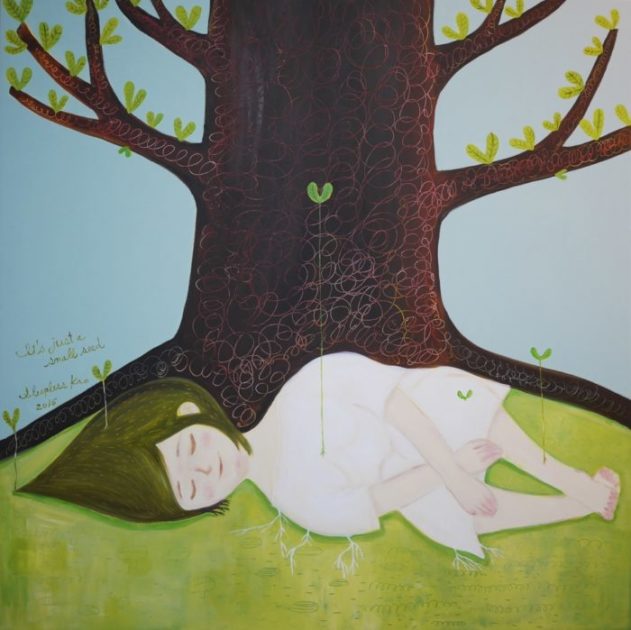 “It felt beautiful. I was so happy when It’s just a small seed was finished. I’m not sure why.”

When Kao was three years old and living in Shizuoka, Japan, she decided that she would become a professional artist. “Somehow, I just believed that I could be an artist. When I was three, my father taught me how to draw a star. 1, 2, 3, 4, 5 – 5 lines can draw a star. Three year old me drew a really good star. I had the same feeling then as when I drew the small seed on the four foot canvas. I felt really good and proud of myself and knew I wanted to be an artist.”

Kao would bring her pen and paper everywhere she went. “Sometimes my parents got upset, because I couldn’t stop. I kept drawing, drawing, drawing.” After high school, Kao got a job as a receptionist in an optometrist’s office, so she could save enough money for art school. 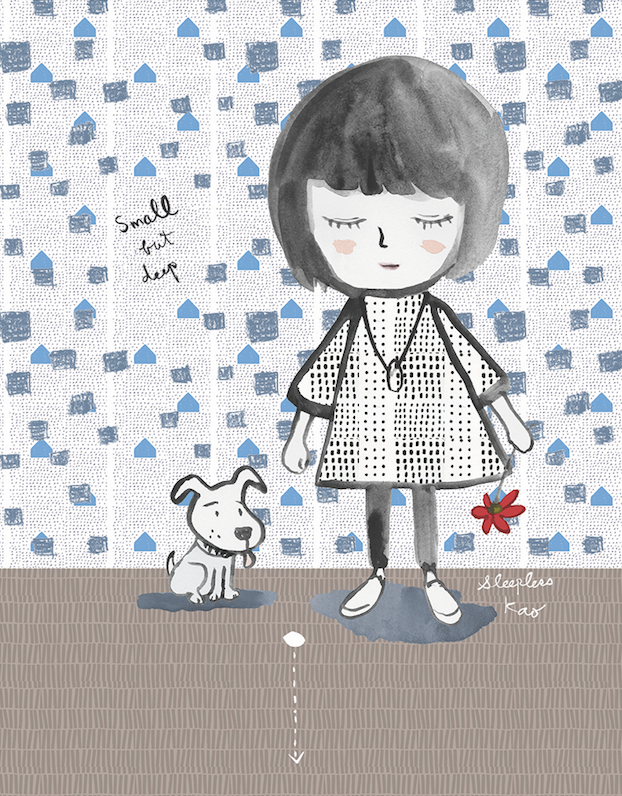 Finally, hard-earned money in hand, she went to Setsu Mode in Tokyo to study fashion illustration. “It was a fun program, three years. Every day, we drew a live sketch of a model. I kept drawing, drawing, drawing. I really enjoyed it. When you are in school, you never doubt your future. I still wanted to be an artist.”

On graduating, Kao decided to move to Canada. With one portfolio of drawings, one suitcase and two thousand dollars, she flew to Vancouver. “Some people say I was brave, but I was young and stupid! I stayed at the YWCA in an eight-person dorm. I couldn’t speak any English. I could say ‘yes’ only. I didn’t know how to say ‘no.’ Maybe you know that in Japanese culture, it’s really hard to say ‘no’ to people. Even if you think ‘nonono’ in your head, you say ‘yes.’ I would just guess what people were trying to say, I would smile and say ‘yes.”

Thankfully, she met a kind lady at the Y who told her about a ceramic artist who was looking for a roommate. Soon, Kao was drawing on ceramic – “my roommate told me that people buy art on more practical things” – and selling her work at craft fairs, gift shows and private events. 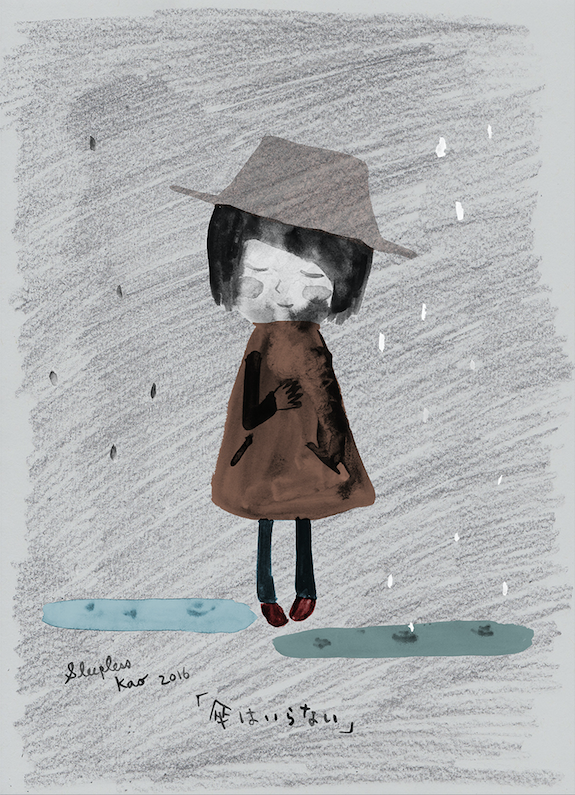 But, after a serious car accident, Kao could no longer work in ceramics. “I couldn’t carry the chunk of clay. So, I thought, time to get back to my path as an illustrator and painter. I started painting on paper and small canvasses.”

Since then, Kao has worked and lived as an artist here in Vancouver, in San Francisco and in Hong Kong. You might notice that her paintings are signed ‘sleepless kao.’

“I often go back to Japan. When I come back here to Vancouver, I get on the wrong sleep schedule.” When friends found out that she was working after midnight and Skyping with distant friends at all hours, they concluded that she must not sleep. “But, of course I sleep – daytime – so, no worry. Working at midnight is kind of nice. It’s really peaceful and I can focus.”

One of her pieces, I look the ocean from here and there, reflects her ocean-based life both here in Vancouver and back in Shizuoka. ”I often go to the ocean and look at the horizon. When I am here, I think about Japan. When I go to Japan, I do the same thing and think about Canada.” 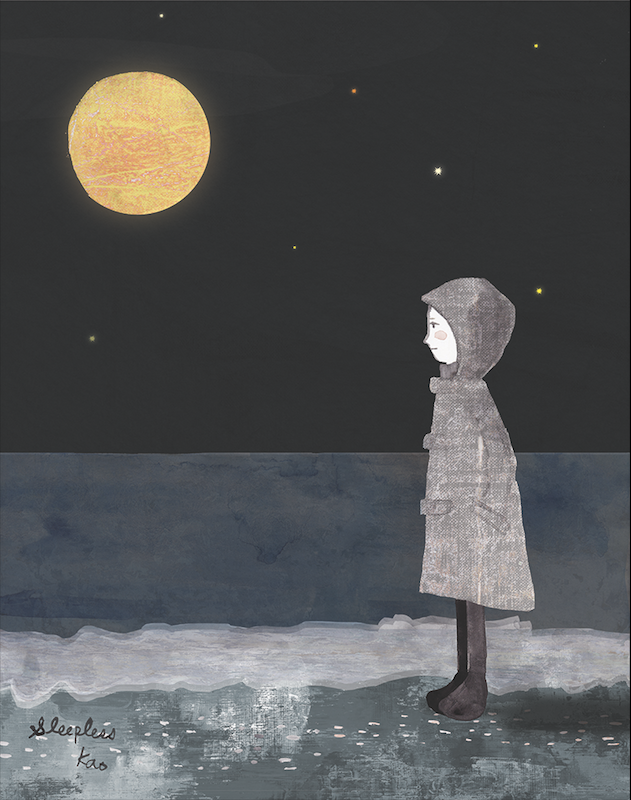 Some describe Kao’s art as being in the ‘kawaii’ style. “Kawaii’ cute is a big subject, an outside shell. People can enjoy cuteness and discover more than cute.” She will generally start her drawings in pen. “If I make a mistake, I’ll draw another one.” For her prints, she will scan her sketch into the computer, where she will add colour and balance. “I like working with Photoshop.”

Kao has also kept busy writing and illustrating children’s books. “It was a dream come true,” she says, when she saw her first book – Monchan’s Bag – online and in bookstores across Vancouver. For Emily and the Might Om, Kao did the illustrations to compliment the words of author Sarah Lolley. 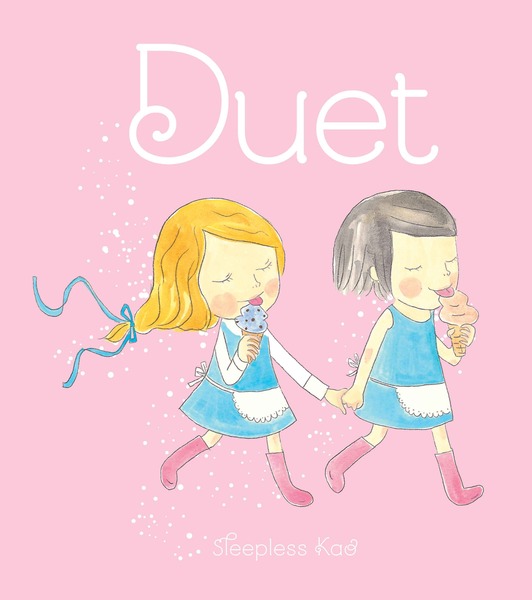 “Duet, I wrote and drew. I felt so happy doing that.”

Of course, the publishing business has been going through challenging times. “I want to make more books constantly and sell more books, but I realize the book business is really hard these days.” Nevertheless, she has a colouring book in the pipes and she is “writing a mock-up for a children’s book in English and Japanese.”

While carrying on with her art, Kao enrolled in New Media and Web Development at BCIT. She particularly enjoyed Animation and has since worked her way up to a job teaching the Electronic Arts Teen Animation Scholarship Program at Arts Umbrella.

“The first class, people are nervous. It’s a really big computer program that professionals use. The kids think that they will never be able to make any animation. But at the end, fifteen classes later, the students make beautiful animation. I am so proud of my students and what they make.”

Kao loves her work as a teacher. “My friends often say: what happened, Kao? You look different, you look clean!” But, it’s also important to her that she keeps up her own artwork. To that end, she and another artist, Jodi Sam, are excited to be putting on love art – an exhibition of their new works, to be held at Branches & Knots on 3128 West Broadway from February the 10th to the 28th. Kao will be featuring new original paintings and prints. 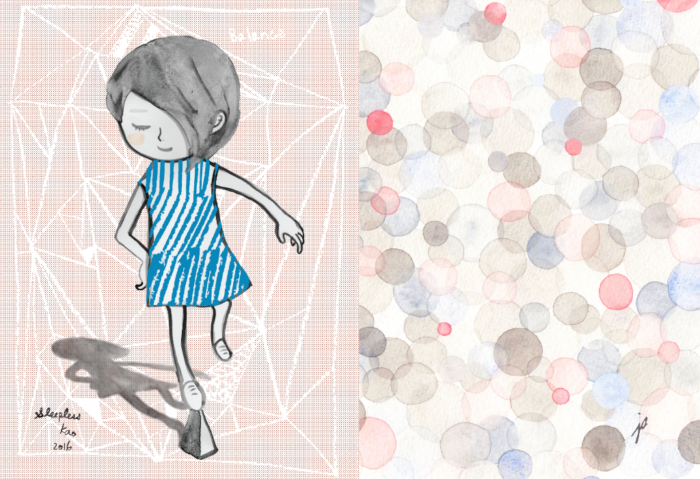 At the age of three, Kao declared that she would be an artist. All these years later, through all the struggles, what does she like most about her chosen career? “The best part is I can express who I am through my art. Through art, I see I’m living. I’m being me.”

And what is Kao’s advice for those looking to launch their careers as artists?

“Keep going, keep doing, never quit. The key is to always have passion and to believe in your passion.”