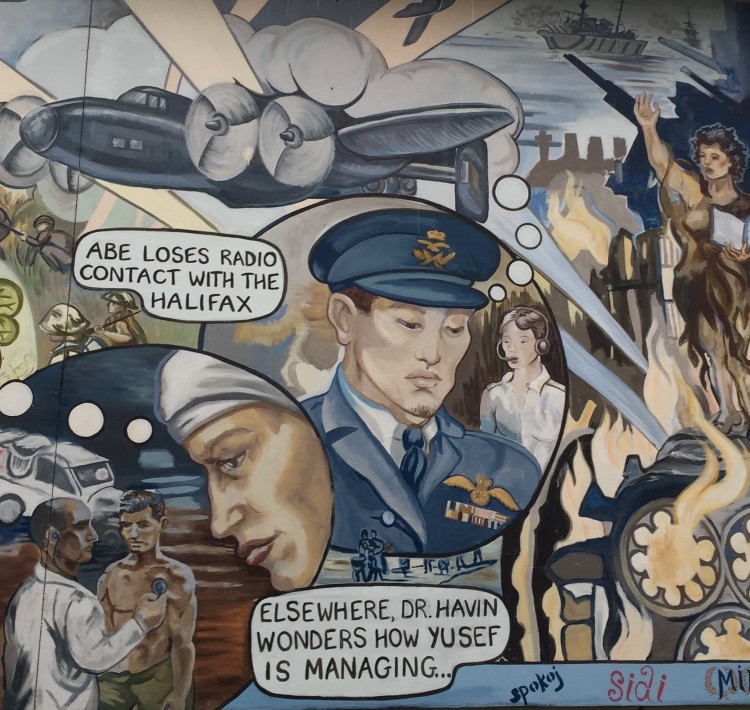 Nothing takes the life and blood out of history than a few paragraphs in a textbook and a litany of dates, to be memorized by Thursday. We learn far more about war – and the urgency of peace – through the stories of soldiers, survivors and the splintered families left behind.

The Path to Peace mural, painted on the West side of Kitsilano Community Centre, was created based on a memory journal compiled by community members who have suffered war and welcomed peace across the world. It was designed to commemorate the Centre’s identity as a war memorial site and as a place for peace activism.

Heading up the project was Ruth Jones, a well-known Vancouver tapestry artist who also paints and works in architectural glass and carpet. For A Path to Peace, Jones collaborated with thirty brush-wielding members of the community. The design was additionally inspired by memory journal work from Community Artists Dorothy Wolf, Lizanne Fisher and by peace mosaics created by artist Dan Hill. 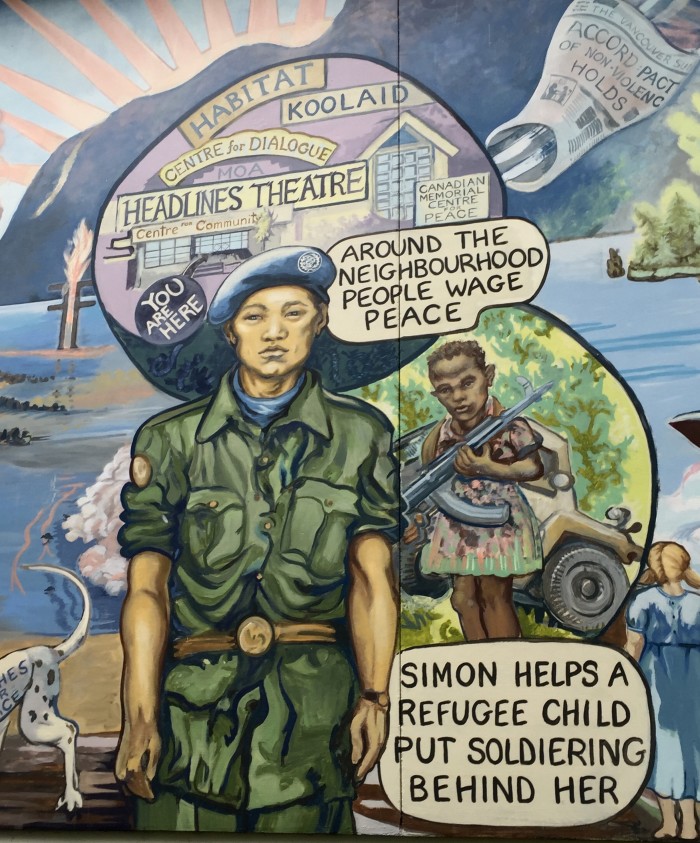 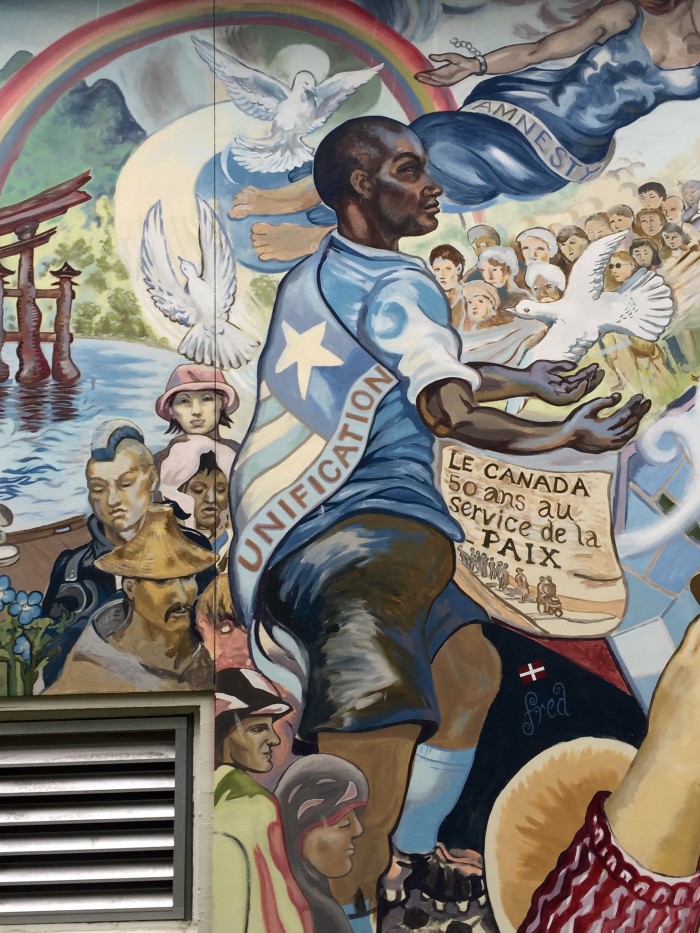 ‘Crosses march up the hill,’ we read on the placard, ‘as a symbol of the loss to Canada through military action. On the ridge is the Vimy Memorial which commemorates the battle where many Canadians died in a very short time – a virtual massacre.’ 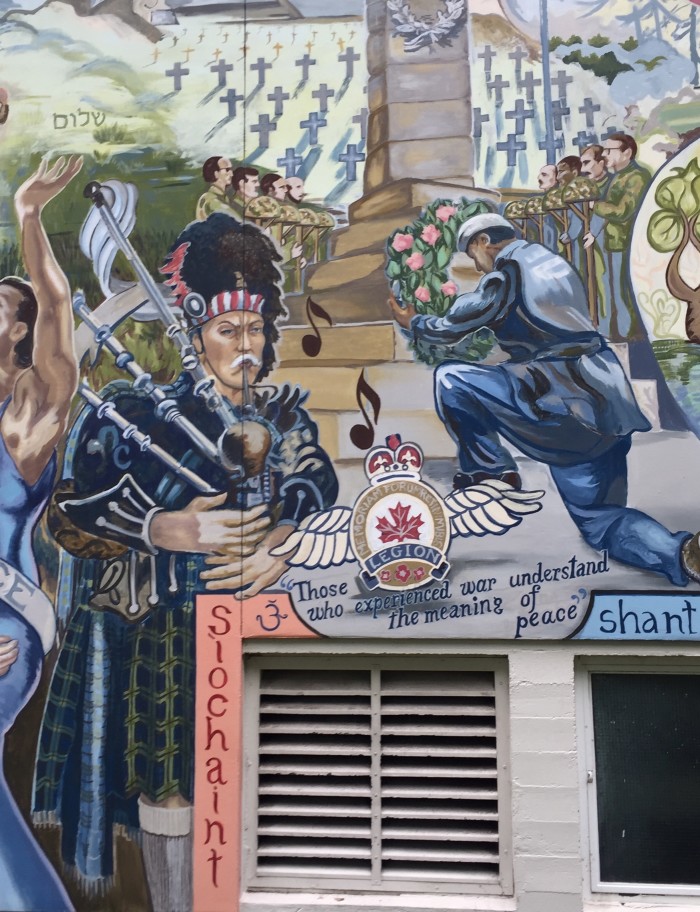 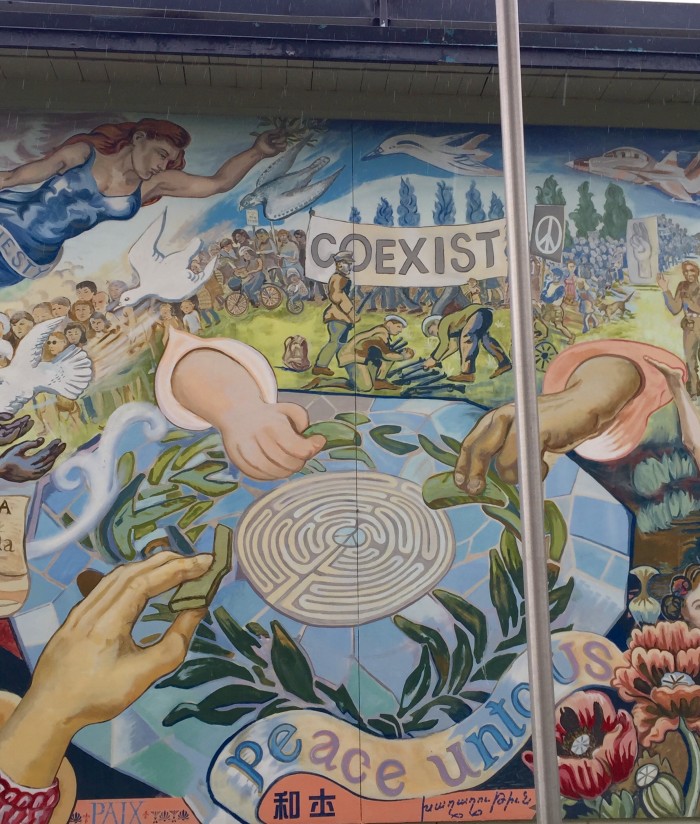 ‘Poppies are the flowers of remembrance,’ the placard notes. ‘They spill from the remembrance ceremony into the central image to suggest that the significance of our loss from war lives on to contribute to our daily understanding of, and efforts on behalf of, peace.’ 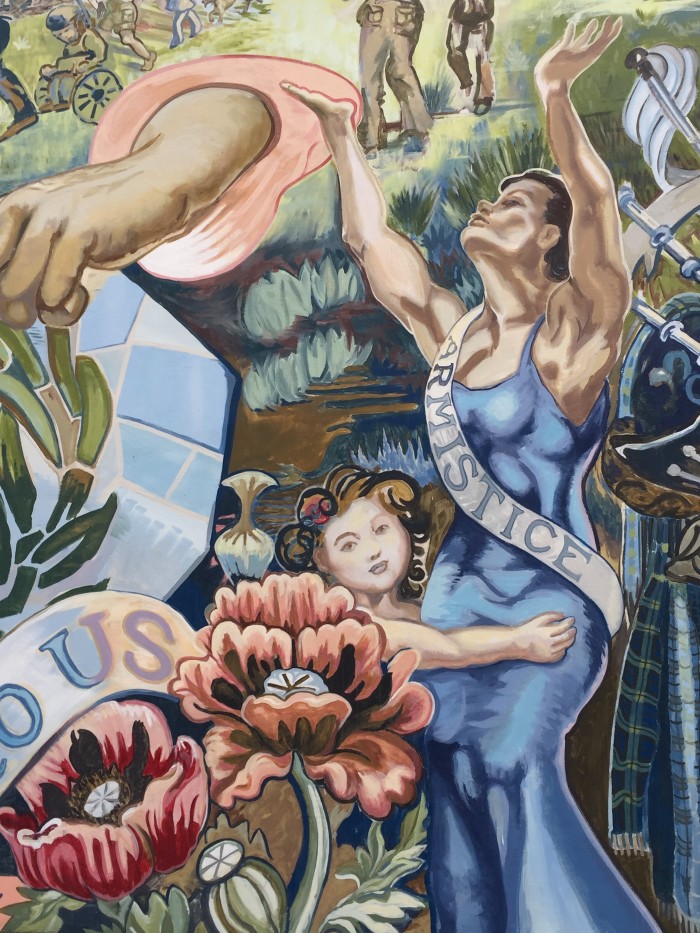