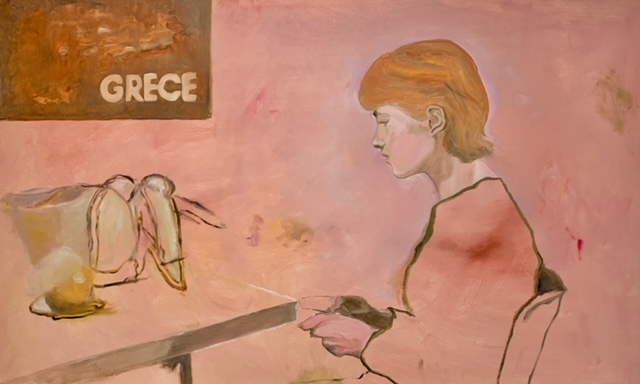 The hidden passage to a secret land.

There is such magic in childhood books that sneak us into vibrant new worlds through the back of a wardrobe, the hollow of a tree, the deep of a puddle.

It’s not often that you get that ‘passing through a portal’ feeling as an adult. But, that’s how we feel as an in-the-know friend leads us down, round, down, down to the bottom of the Sun Wah Centre at 268 Keefer Street.

A few narrow hallways and unmarked doors later, we finally enter the Canton-sardine gallery space, meet talented artist Lam Wong, and get a first glimpse at his moving exhibit: ‘Ghosts from Underground Love’.

In walking us through the searing, soulful portraits, Wong tells us how his work has been inspired by professor Dr. Laura Nys’ research into the defiant love letters shared between young 1920s+ Belgian women deemed so ‘incorrigible’ and ‘delinquent’ that they were sent to the State Reformatory of Bruges to be ‘re-educated’.

‘Ghosts from Underground Love’ has another key focus: freedom-fighting young women in Hong Kong, Wong’s home as a teen in the 1980s. As he writes in the exhibit booklet: ‘I hope to display the young women’s passion and bravery as well as their struggles and emotional chaos shaped by their social environments’.

It’s when Lam Wong describes the root inspiration for ‘Ghosts from Underground Love’ – his own ‘visible minority transgender daughter’ to whom the exhibit is dedicated – that some in our group are moved to tears. Wong’s deep love for this daughter, and his pain around her suffering are so palpable – in the art, in his words. 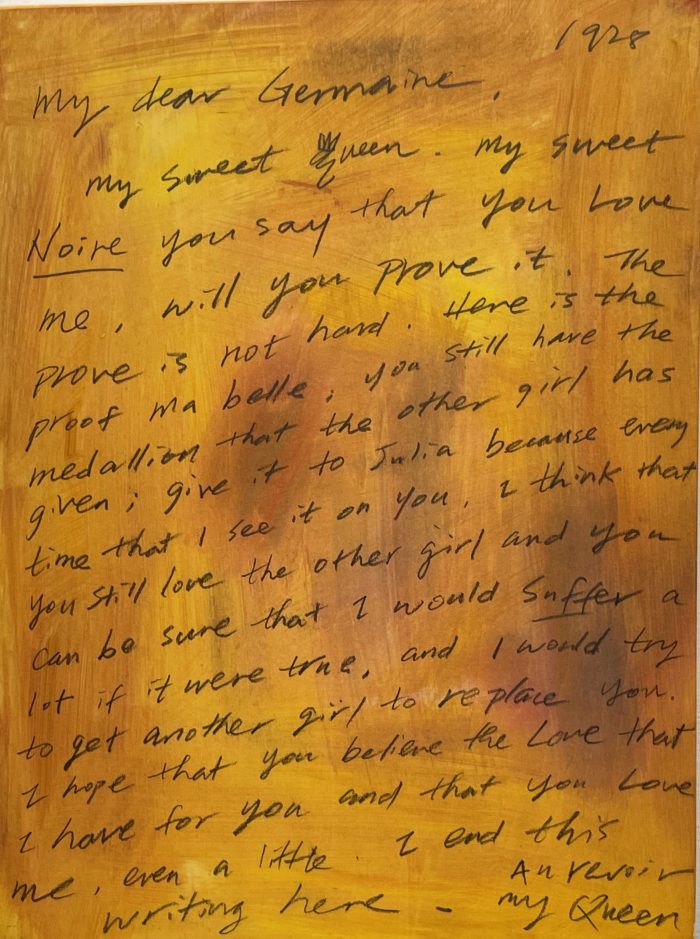 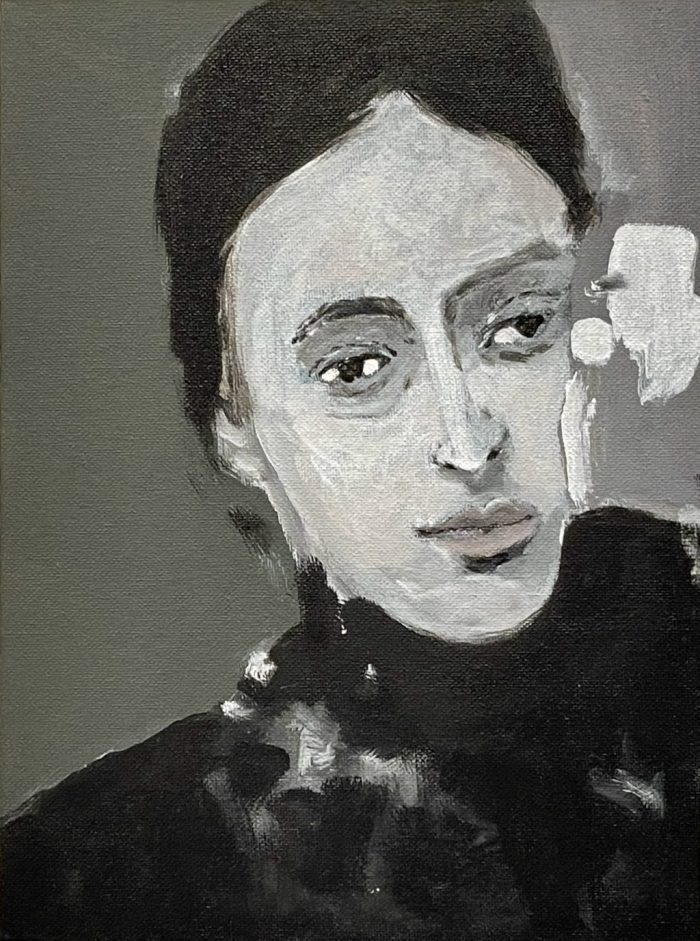 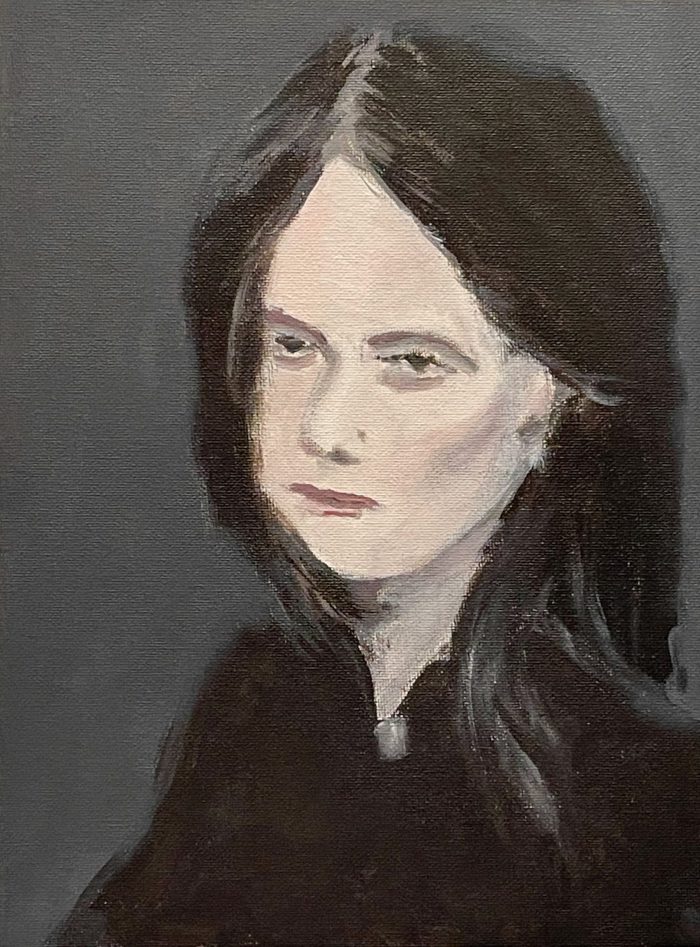 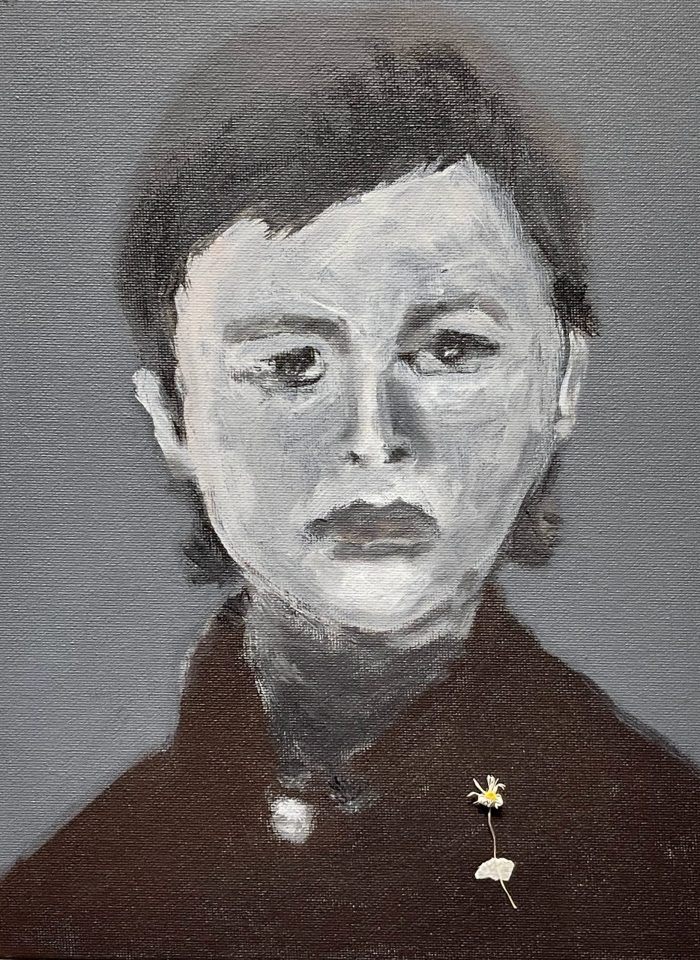 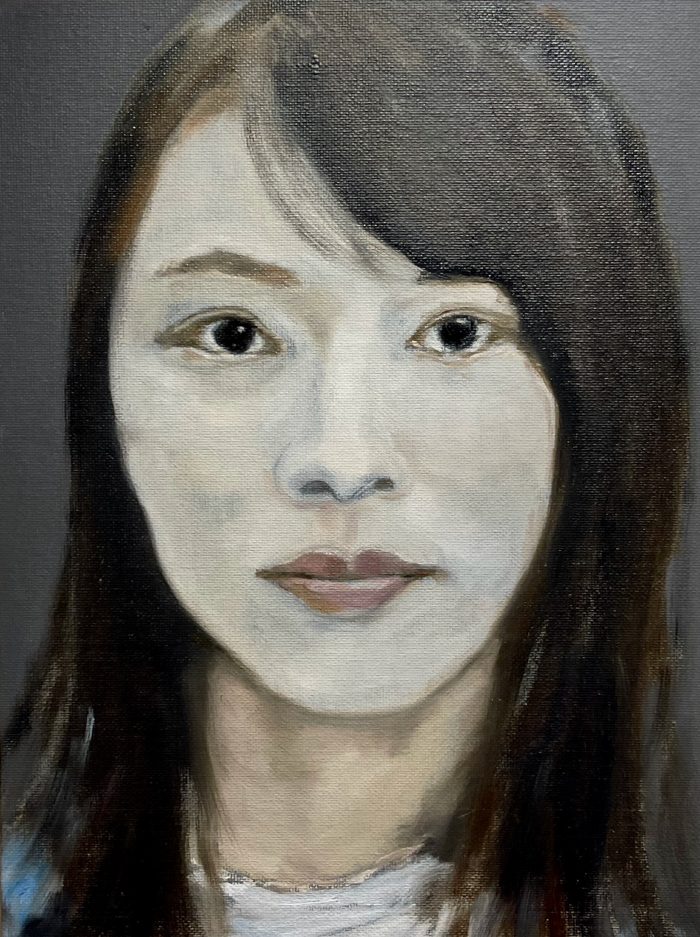 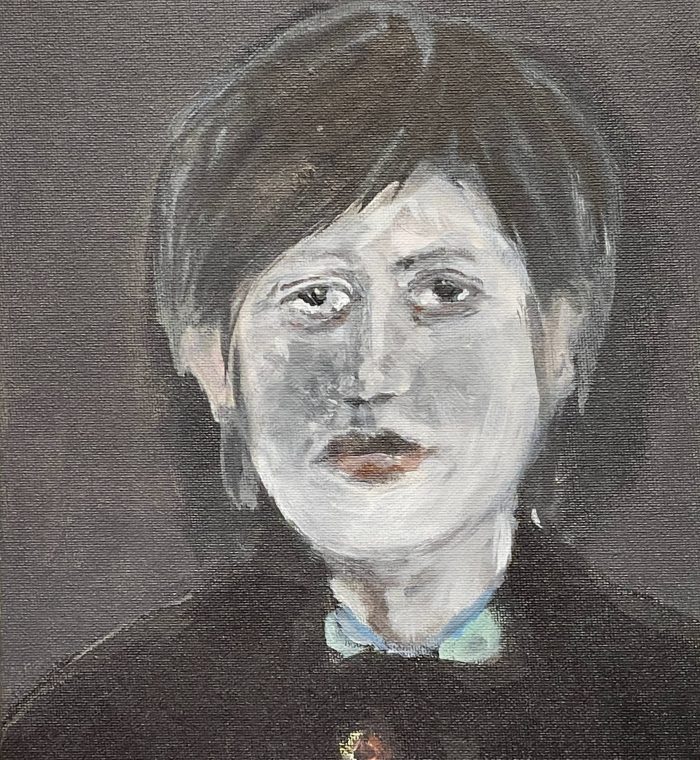 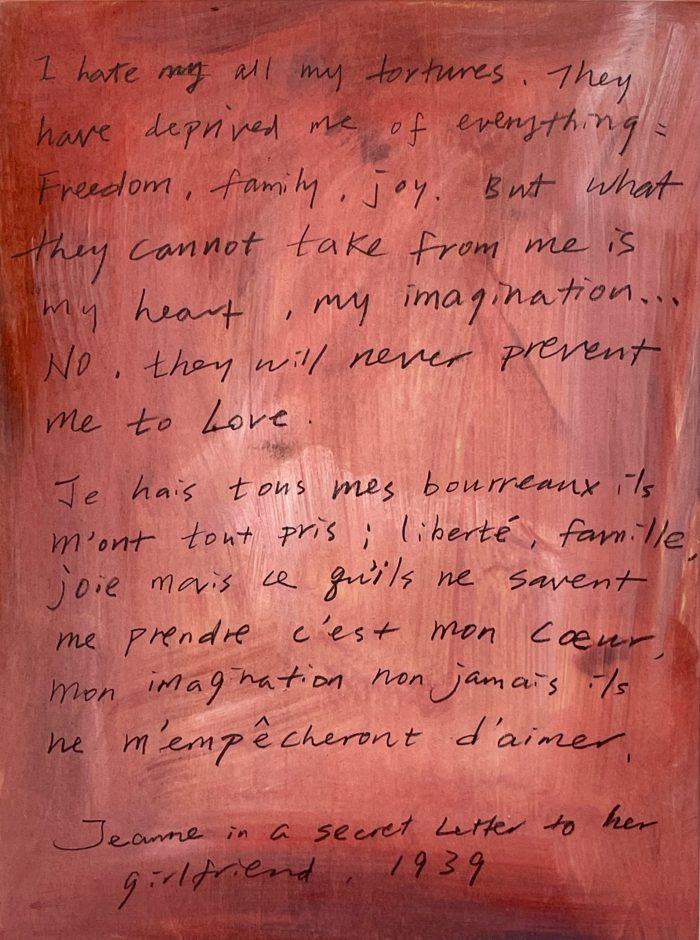 ‘Ghosts from Underground Love’ runs until November 26th at Canton-sardine.

.’Ghosts from Underground Love’ runs until November 26th at Canton-sardine..

Exhibition Photos Below Courtesy of Canton-sardine 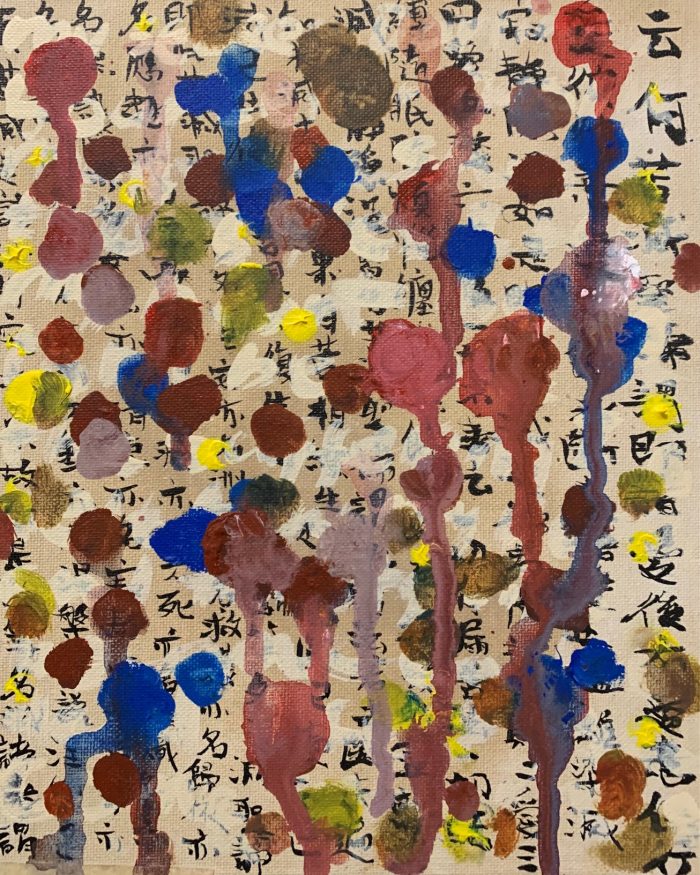 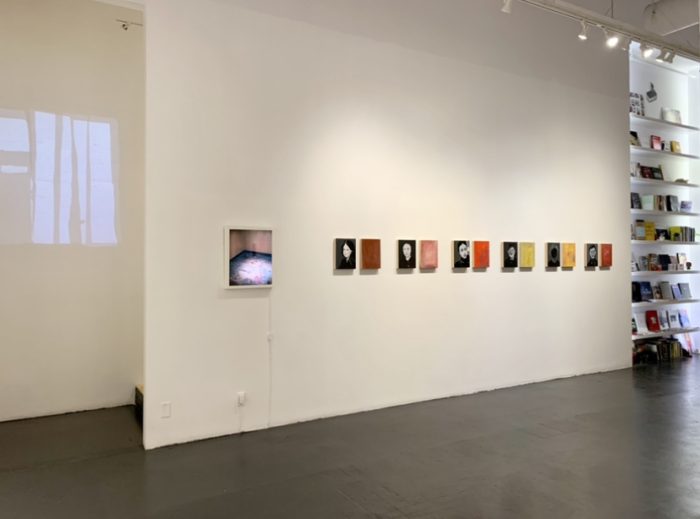 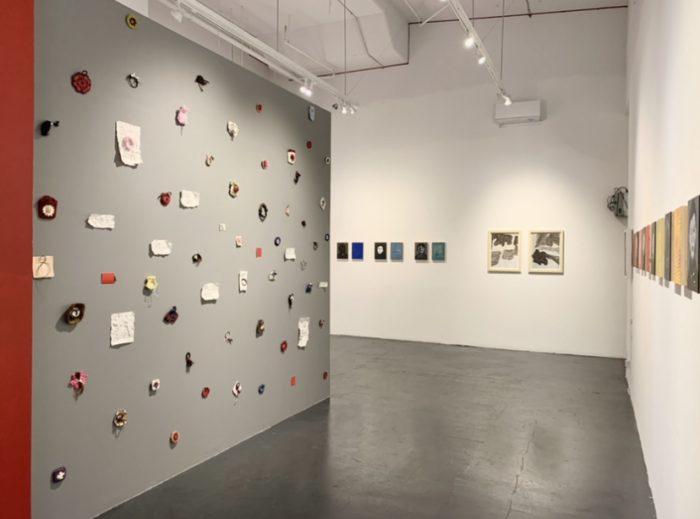