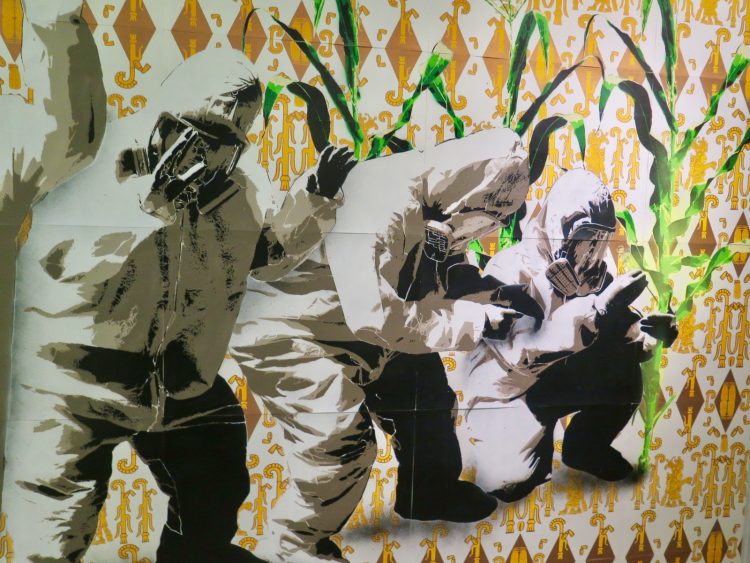 Fuentes’ words come to life in the Museum of Anthropology’s current exhibition: Arts of Resistance. Politics and the Past in Latin America. In Vancouver’s must-visit MOA, Laura Osorio Sunnucks has created a thoughtfully-curated exhibit, with works from Chile, Ecuador, El Salvador, Guatemala, Mexico and Peru displayed behind diaphanous scrims. 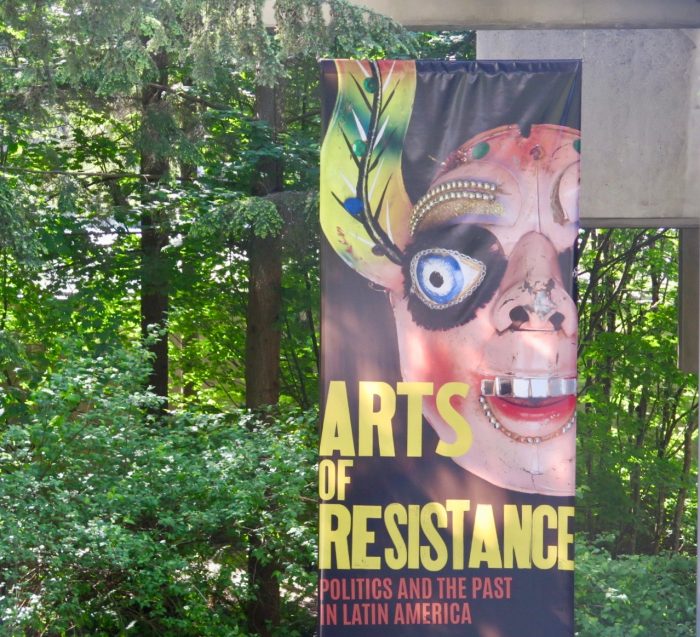 ‘The artworks in this exhibition,’ we read, ‘are an act of resistance to dominant cultural and political forces in Latin America. ‘They explore the ways artists today use historical forms to address contemporary political realities. ‘

The MOA collected a number of these works in recent visits to ‘communities marginalized within the nations they inhabit. Some of these communities have been subjected to state-sponsored violence and terrorism. Their artworks are testaments to to their refusal of such injustice. They also demonstrate the power of creativity in the face of oppression.’ 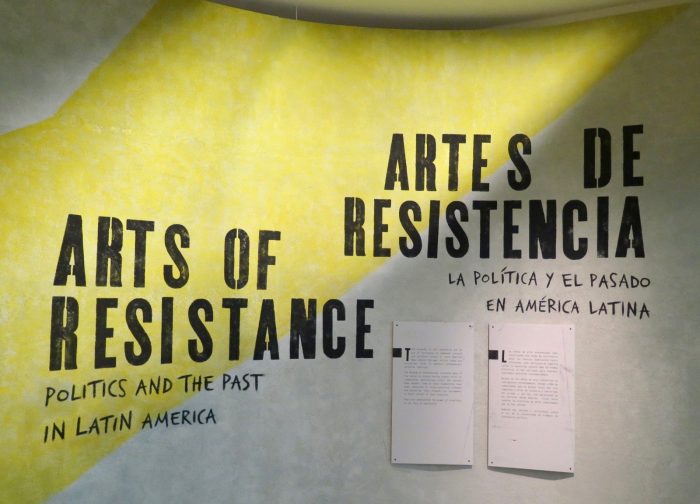 As you walk in, your eyes will be caught by huipiles – or blouses that are unsewn at the sides and sit flat in a four-cornered square. The textiles in Maya dress, we learn, quietly communicate cultural and political ideas. 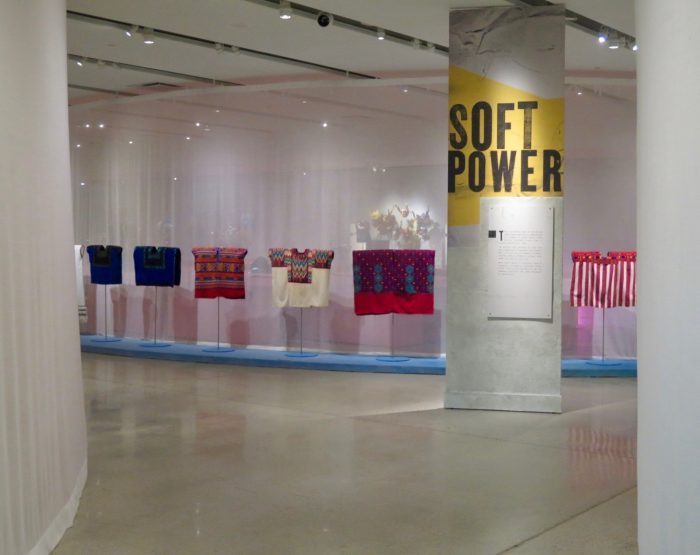 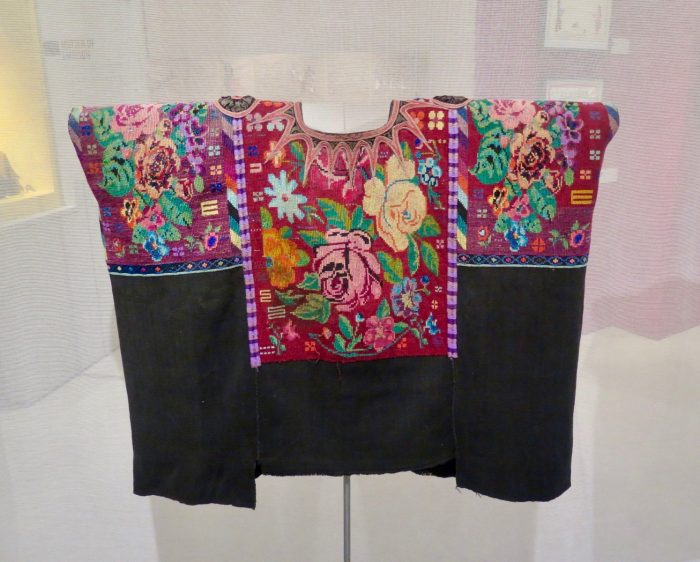 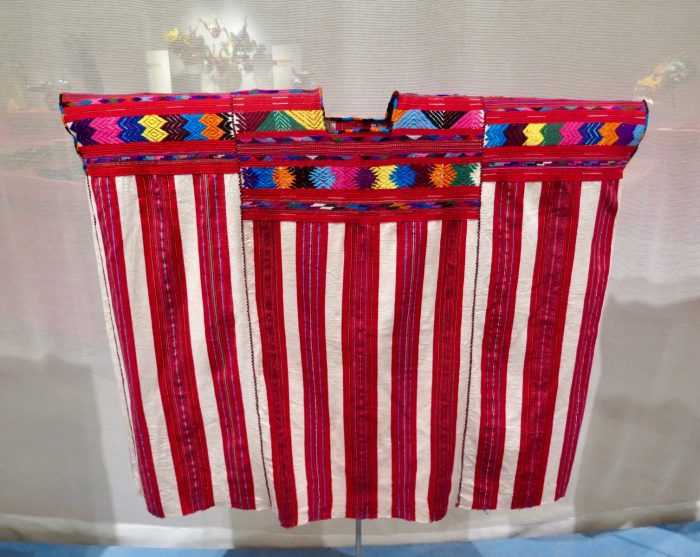 Unlike in Christianity, the ‘devil’ can be ambiguous in certain parts of Indigenous Mexico and South America. He is sometimes seen as ‘an ally against the exploitative conditions that have long been imposed by the West.’

During the ‘Devil Festival,’ residents don masks to celebrate ‘the guerilla battle that took place in Teloloapan during the war against Spain, which culminated with Mexican Independence in 1821.’  The frightening masks are representative of the insurgents who must ‘frighten and beat back colonial sympathizers.’ 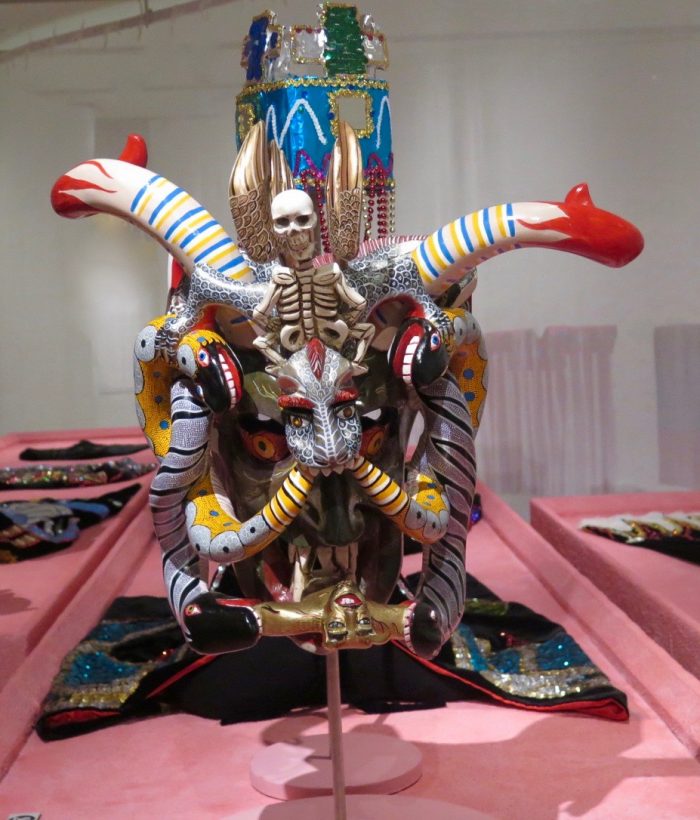 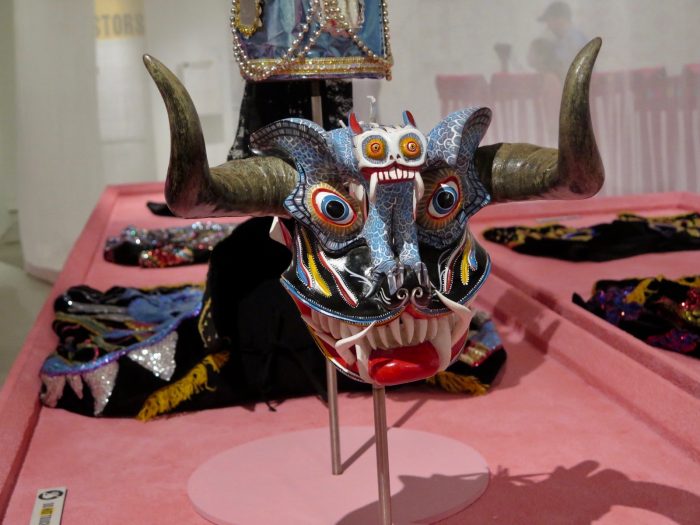 Included in the exhibit are drawings and embroidery from Salvadoran refugees who were awaiting asylum in Honduran camps. 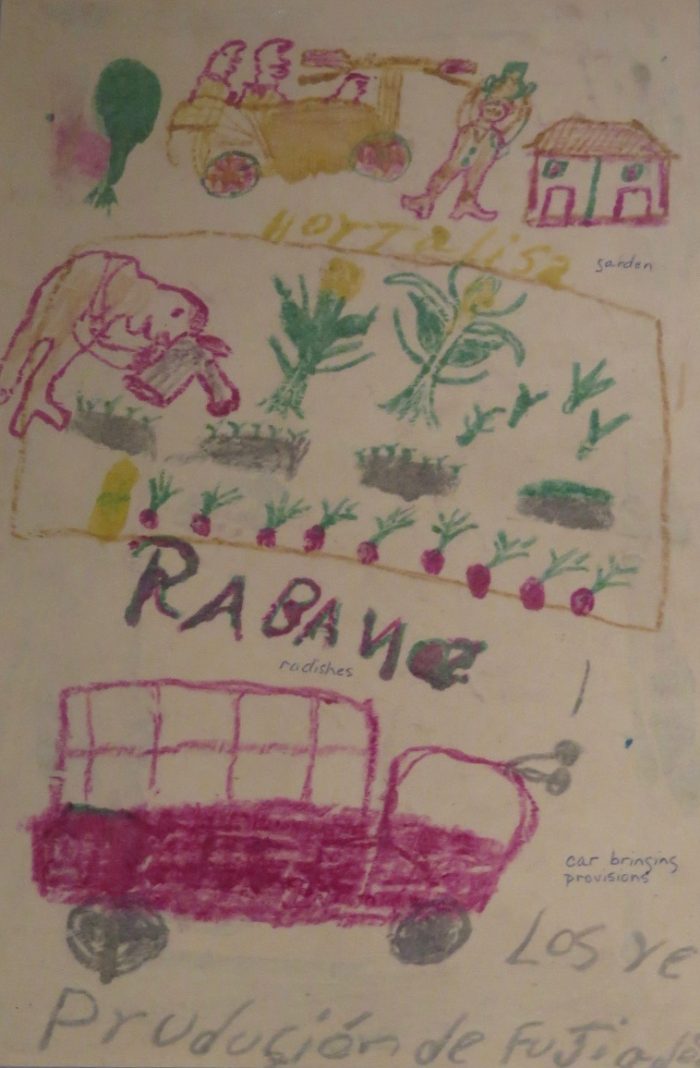 We end with the In Defence of Maize section of the exhibit. The growing of maize was key for early Mesoamerica civilizations. Now, this core agriculture is under threat from government-sanctioned genetic engineering. ‘Transgenic maize is less nutritious, and the profits it generates are not shared with Mexico’s poorest agricultural communities.’ 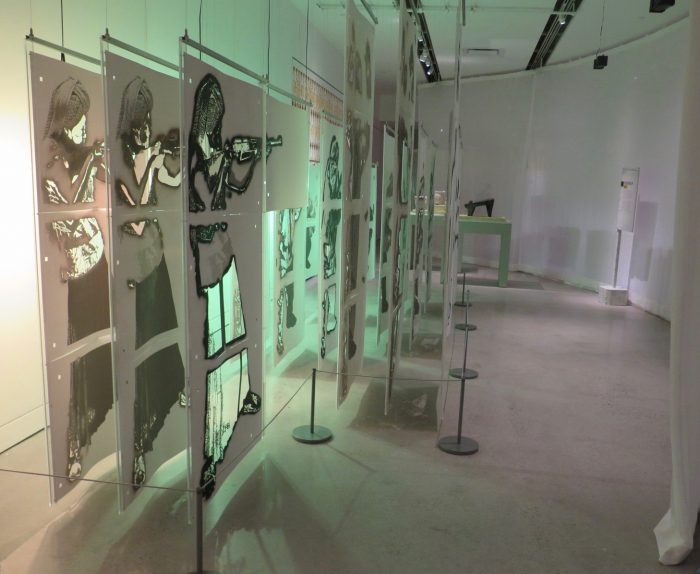 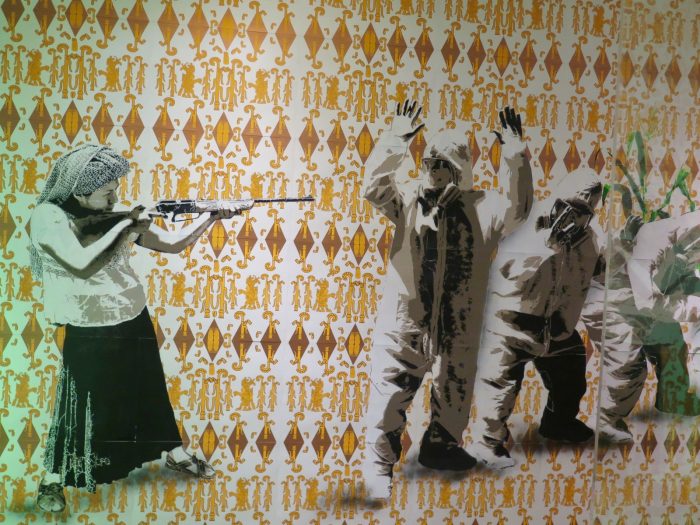