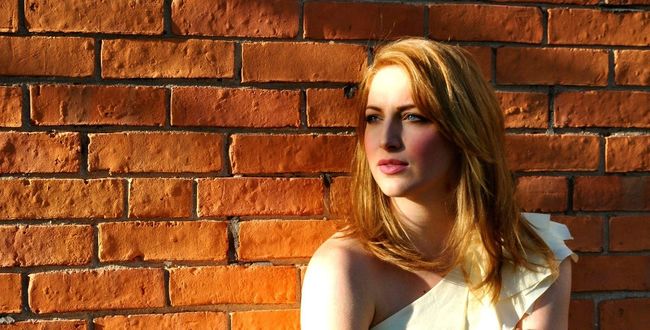 We first saw Laura Widgett at Chor Leoni’s At Home, a fundraiser held in a home of all homes: Vancouver’s Casa Mia.

Erick Lichte had already led his male lions through an ever-brilliant performance. MC Fred Lee had instructed all of the attendees to grab their drinks and gather close. We were about to hear from Laura Widgett, a young lyric soprano who was generating all sorts of buzz in the opera world.

It was an intimidating room: this major supporter of the arts, that renowned artist. But, when Lichte lifted his baton, Widgett strode into the crowd – through the lobby, past the sweeping staircase, towards the living room. Her face was full of life, her voice beautifully clear. Puccini’s O Mio Babbino Caro, Verdi’s Sempre Libera from La Traviata, Porgi Amor from Mozart’s The Marriage of Figaro. Widgett embodied the characters and transfixed the room.

“I love the Chor Leoni event,” says Widgett, “It’s so intimate and organic. There is no stage, no fancy lighting. You are literally singing in a living room – a gorgeous living room – surrounded by people who are passionate for the arts and who are excited to listen to you sing. It really felt like singing for family.” 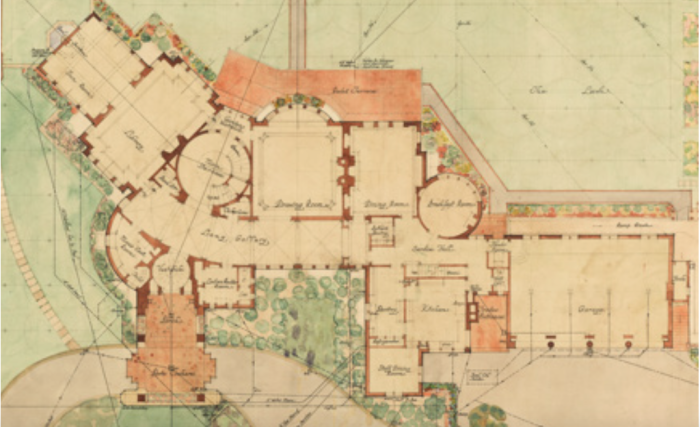 Widgett has been performing for family for as long as she can remember. “I started performing on stage at 4 years old. My first show was Carousel by Rogers and Hammerstein. I was in the child chorus. I remember the Opening Night and being onstage and looking out at the audience and thinking: ‘Wow.’ I was so mesmerized by all these people sitting and watching us on stage, that I forgot to leave and stood there as the next scene went on and then the next scene, until finally someone came and got me off the stage!”

Laura continued to do musical theatre in her hometown of Sault Ste. Marie. In spending her summers on a cattle farm in Northern Ontario, she listened to a lot of John Denver, ABBA and Shania Twain. “Shania came from a working family in a small town in Ontario, just like me, and she followed her passion and made a name for herself. As a young kid who loved to sing, I found that relatable and inspiring. She is also all about empowering women, which is so important!”

“It wasn’t until my late teens, that I was introduced to opera. My voice teacher, Agnes McCarthy, had loaned me a couple of opera CDs to listen to. I had never heard anything like that before and had never been so moved by music. Something resonated in me and I thought: ’well, why not give this a try?” 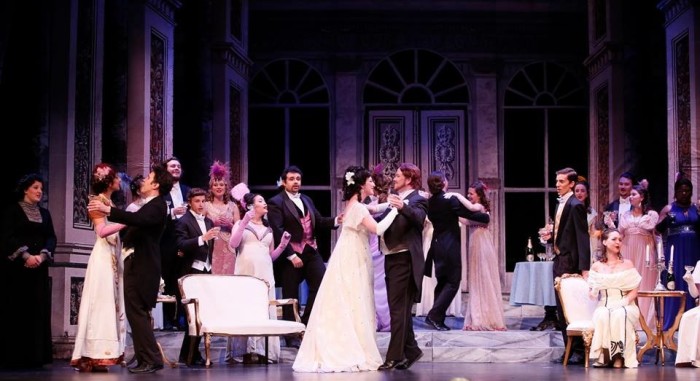 Widgett feels blessed to have had so many supportive teachers over the years. “Probably the biggest was my Dad. He wasn’t a professional singer, but he taught me the importance of taking risks and going for your dreams, and that anything is possible.”

As an undergrad at the University of Toronto, Widgett found inspiration in voice teacher Darryl Edwards. “He never gave up on me, even when I went through losing my Dad and had the hardest time picking myself up. He was always there and a wonderful mentor.”

In moving onto her Masters of Music, Voice and Opera at UBC, Widgett was thrilled to be studying with the inimitable Nancy Hermiston. “Nancy helped me surpass limits I never knew I could even reach. She taught me how to move on stage, gave me so many opportunities and was a great support.”

“And, finally, I have to say my opera coach, Richard Epp, has gone above and beyond – and I mean above and beyond – to help me prepare for auditions, performances and competitions. He is just a brilliant man with a vast amount of knowledge and working with him is always fun!” 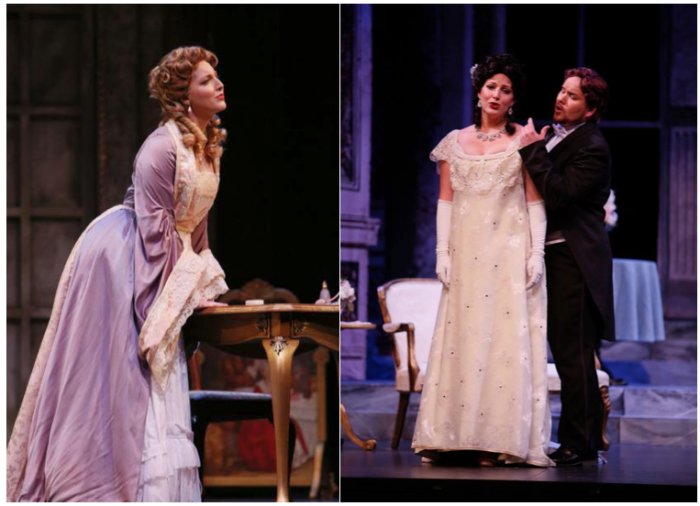 Widgett has reveled in performance opportunities that have included the Act III Finale of Gounod’s Faust at Irving Guttman’s memorial service, playing Violetta in La Traviata, the Countess in The Marriage of Figaro and a recent trip to the Western Regional Metropolitan Opera Competition in Seattle.

Prior to a performance, Widgett is all about getting enough protein to sustain her through the night. “I’ve definitely been teased by my colleagues who have caught me in my dressing room consuming half a chicken a few hours before a show.”

She must also breathe deeply and stay focused. “It keeps me in check with what my character is feeling and experiencing and it allows me to sing in the moment. It takes a lot of focus to sing, act, watch the conductor and listen to the orchestra.” 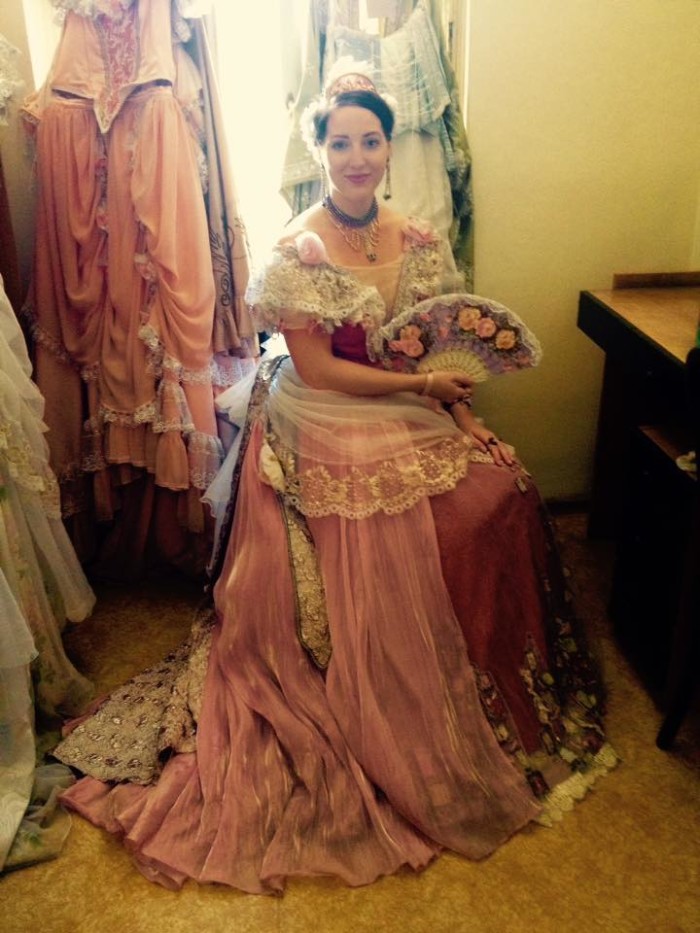 Once the show is done, Widgett loves to come out from backstage and visit with the audience. “It’s nice to get to know them a little bit better and thank them for coming out.”

Widgett is excited about the future. “I’m actually getting married in Bali this July and I have a concert scheduled in my hometown in April that I can hardly wait for.” Laura wants to spend some time improving her German and performing in Germany. One day, she would also like to inspire students the way that her teachers have inspired her.

What advice would this natural performer offer to those who quake before going onstage?

“Do some light cardio early in in your day to get your blood flowing, body flexible and to clear your mind. Take some time to yourself to breathe and get focused. And, finally, be confident in yourself and in all the hard work you put in to get ready for your performance.”