We must start, as ever, at childhood. Craste – who calls his work ‘tragicomic’ – was born into a middle-class family in Orléans, France. 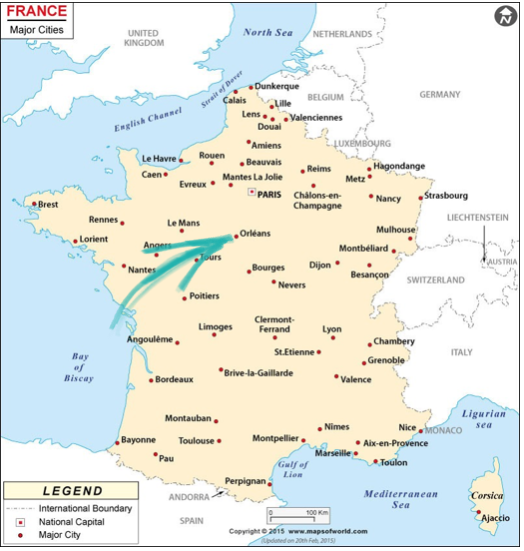 Orléans, Craste explains, is “a very old and historically rich city on the Loire River. Even though it was severely damaged by the American bombings during WWII, it still has many ancient areas with Medieval and Renaissance buildings and churches. So, even though I didn’t come from a very wealthy family, I grew up surrounded with ornate façades, works of art and statues.”

When visiting family in Versailles, the Craste family would walk their dog in the grounds of the Palace. “Landscaped by Le Nôtre, and full of sculptures and objects d’art. It was just natural to me, as a little child, to traipse around the gardens of Louise XIV! This easy access to culture for anyone is a very fascinating aspect of Europe.”

With such intense cultural exposure, Craste started to reflect on the meaning of classical art. “I consider the historical archetypes of decorative arts alternately as instruments of political power, ideological vehicles, demonstrations of ostentatious luxury and economic power, but also as incarnations of emotions and experiences.”

Craste decided to pursue a career in the arts, training first as a potter. After ten years of creating functional and decorative ceramic objects on the wheel, he decided to pursue his Masters in Fine Arts at the Université du Québec à Montréal.

For the last ten years, Craste has been hand-building provocative ceramic sculptures that win prestigious awards and exhibit in museums and galleries across the world. In Vancouver, Craste’s work is at Back Gallery Project.

From afar, you might think that some of Craste’s Subversion pieces are classic Sèvres vases. Look closely, though, and you will see gilded images of a decimated Hiroshima or a deadly Auschwitz. These are ‘tragic subjects on classical forms.’ “I contaminate the traditional decoration of the objects through a subversive process of subject substitution. The country landscape becomes a desolation scene. The seascape shows shipwrecked African migrants, and the traditional aristocratic castle is ablaze.”

Craste’s Abuse series attracted all sorts of interest at the recent Seattle Art Fair. Viewers tend to react emotionally to the “association of formal beauty, violence and surrealism in the pieces.” There is surprise, laughter, outrage and much curiosity.

“The Abuse series comes from my fascination with vandalism, especially the ransacking phases that accompany revolutionary insurrections, when the works of art are destroyed because they incarnate an ideology or symbolize a specific social class.” Craste first creates beautiful porcelain vases, then smashes them with workers’ tools. “I do this in the middle of the process of fabrication of the objects, before the firing of the porcelain, so the objects are not completely destroyed, but only altered and deformed. By doing that, I manage to transform an act of destruction into an act of creation.”

“Some people are upset, or even angry, because they interpret my work literally, thinking I really vandalize authentic vases. In reality, my sculptures are complete constructions. They don’t realize that I build these sculptures from A to Z, from the raw ball of clay to the fired object. The vases are the product of my imagination – based on my own reinterpretation of the classical vase. My works belong to the world of theatre, fantasy.” “One of the works that had the most success is Iconocraste au bat I. For this work, I used a baseball bat to smash a large classical Medicis vase. The baseball bat is frequently used by violent protesters to destroy cars or shop windows. This work is presently in the Claridge collection.”

“Another work that I especially like is Adolf Loos’ Wet Dream III, where a crowbar hits a rococo tureen covered with baroque ornamentations.” Loos is featured in our Header image. “The title refers to the Austrian modernist architect Adolf Loos who wrote the book ‘Ornament and Crime’ at the beginning of the Twentieth Century and wanted to eradicate ornamentation in architecture and decorative arts.”

When he is not subverting ceramics, Craste explores his decorative “obsession” through drawing and photography. “These works generally depict self-portraits where I interact weirdly with porcelain objects, and reveal an intense and ambiguous relationship with them.”

Craste also does video installations. “All these different practices allow me to expand my artistic vocabulary.” And working from Montreal gives Craste “the necessary distance from Europe, and its historic artistic heritage, to feel free to be irreverent.” What advice would Craste offer to artists looking to earn a living from their work?

“Be very persevering and go into your subject and techniques in depth. I have the impression that young artists tend to jump from one subject to another, from one medium to another.” This persistence, Craste explains, will help emerging artists to develop “a unique, easily identifiable visual identity.”