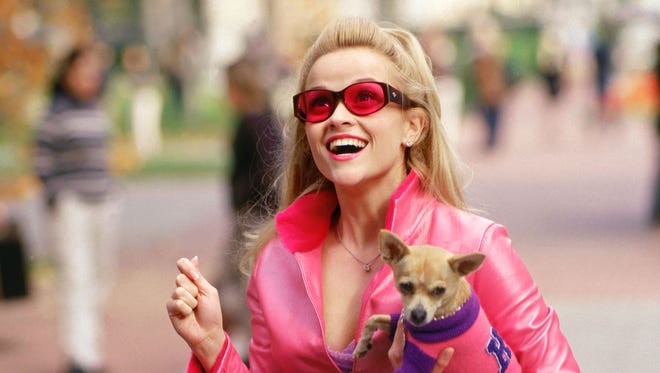 You don’t have to wait long to find Legally Blonde playing on TV and an eager audience revisiting Reese Witherspoon in her signature 2001 role.

It takes guts to re-mount a story people can recite from memory, vocal inflections and all, Yet, in 2007, Legally Blonde The Musical came out with a book by Heather Hach, music and lyrics by Laurence O’Keefe and Neil Benjamin. The much-nominated Broadway show starred Laura Bell Bundy as Elle Woods, Richard H. Blake as Warner, and Christian Borle as Emmett.

When it came to finding a replacement for the Leading Actress-nominated Bell Bundy in the vocally challenging role, MTV stepped in with a new 2008 reality show: Legally Blonde: The Musical – The Search for Elle Woods. Which of the 15 contestants would wind up on Broadway?

On Saturday, April 11th, you can watch a one-off Premiere stream of Legally Blonde: The Search for Elle Woods Reunion Concert featuring a number of the MTV contestants, many of whom have gone on to successful Broadway careers. It’s from a 2018 performance at Feinstein’s/54 Below in New York – an incredibly intimate dinner theatre spot that attracts top Broadway talent. Check the link in advance for the time in your area.

Then, on April 24th, you can watch 54 Sings Legally Blonde at Feinstein’s/54 Below. Another line-up of busy Broadway actors – from original cast members to stars of Hamilton, Wicked, Pretty Woman,  Moulin Rouge – will take us through the musical’s songs.

.54 Below You Tube Channel

To get a sense of the space in advance, here’s the incredibly talented Sierra Boggess at 54 Below singing Love Never Dies.