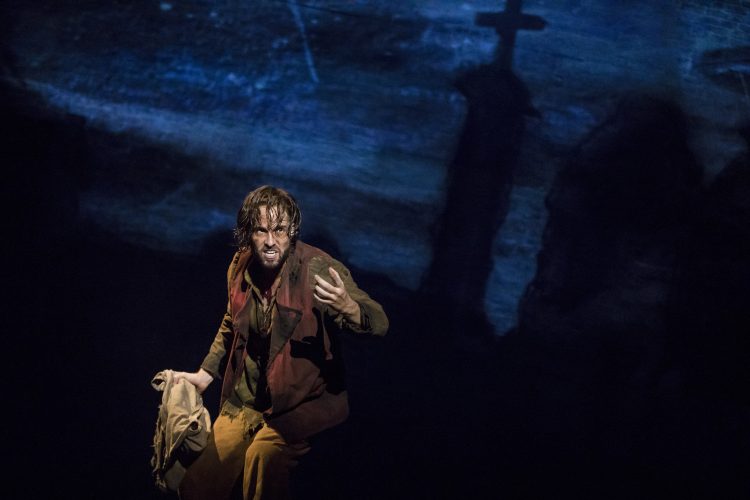 As Jean Valjean sits alone in the candelight, dying, Cosette – the orphan he raised as his own, and Marius – her new husband – rush in.  ‘Cosette,’ Marius says, ‘your father is a saint.’

‘When they wounded me
He took me from the barricade
Carried like a babe
And brought me home to you.’

It is in both of these scenes – as Jean Valjean prays for Marius’ safety and, later, his own absolution – that the audience hears one of Les Misérables’ most striking songs: Bring Him (Me) Home. With music by Claude-Michel Schönberg, text by Alain Boublil and English lyrics by Herbert Kretzmer, here it is performed beautifully by Josh Groban.

~
This week, Vancouver audiences have been wiping their eyes and, after that perfect last note, shouting their applause at Nick Cartell or Steve Czarnecki’s Jean Valjean. These talented actors are part of the Broadway Across Canada cast who are touring Cameron Mackintosh’s Les Misérables.

Les Miz – for many, an introduction to musical theatre – is now in its 33rdyear. When Victor Hugo’s first volume of Les Misérables was published in 1862, he sent his publisher a bare bones telegram: ‘?’ His publisher responded: ‘!’

Hugo’s publisher pocketed more than half a million francs in just the first six years. The novel, Hugo explained, is ‘a progress from evil to good, from injustice to justice, from falsehood to truth, from night to day, from appetite to conscience, from corruption to life; from bestiality to duty, from hell to heaven, from nothingness to God.’

Here, at the Queen Elizabeth Theatre, we see cast members who earned their credentials on Broadway and carry their roles with dignity and deep musicianship. Joshua Grosso’s Marius is heartbreaking as he yearns for Cosette, cradles a dying Eponine and mourns his fellow student revolutionaries.
~ 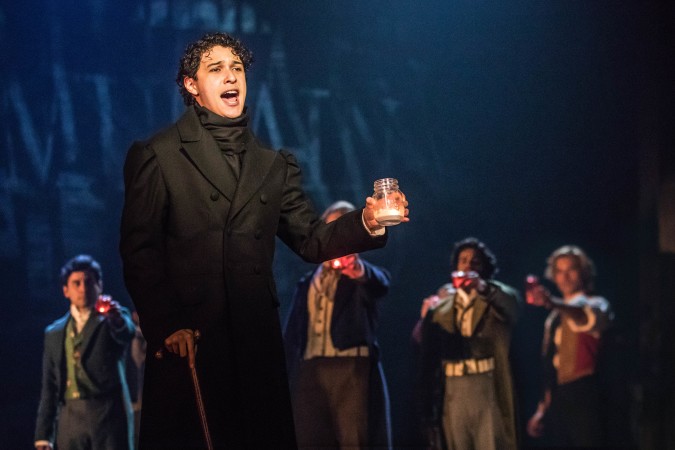 ~
As ever, we don’t see a lot of Fantine – Cosette’s ill-fated mother, or the Bishop of Digne – whose act of kindness towards Valjean shocks our protagonist back into a life of doing good. But, in their limited time on stage, Mary Kate Moore and Andrew Maughan make a strong impression.

Some of the most powerful moments come when the large cast sing in unison, accompanied by the Brian Eads’ conducted orchestra. And all of this is happening amidst impressive, technologically enhanced sets inspired by the paintings of Victor Hugo. When Jean Valjean’s conflicted nemesis – Inspector Javert – leaps off the bridge, the scene is as technically impressive as it is tragic.

If you haven’t thought about Les Miz for awhile, you might be surprised by how many songs you recognize: I Dreamed a Dream, Who am I?, Castle on a Cloud, On My Own, The Finale…

Today is the last day Les Misérables is on at the Queen E. At last glance, there were a few tickets left.  Next up: Calgary. If that doesn’t work, Broadway Across Canada will be here again in September with The Book of Mormon.