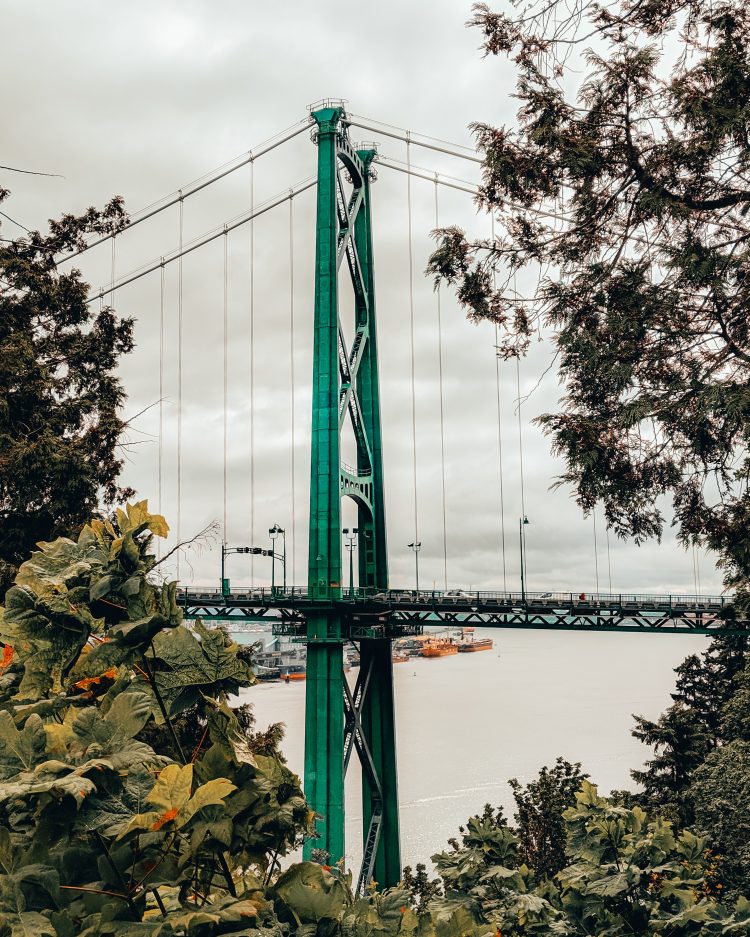 Blimey. The King and Queen are coming to …

Rest easy, Carson. Downton has done its bit. It’s May, 1939 and King George VI and Queen Elizabeth I are coming to Vancouver. Their official duty? To open the Lions Gate Bridge.

This landmark suspension bridge has been a long time in the making: a decade of battles between engineering entrepreneur Alfred James Towle Taylor (pro) and the Canadian Pacific Railway (con), between citizens who dread a busy road through Stanley Park (con) and the financier Guinness family who are looking for easier access to their housing development in the British Properties (pro). 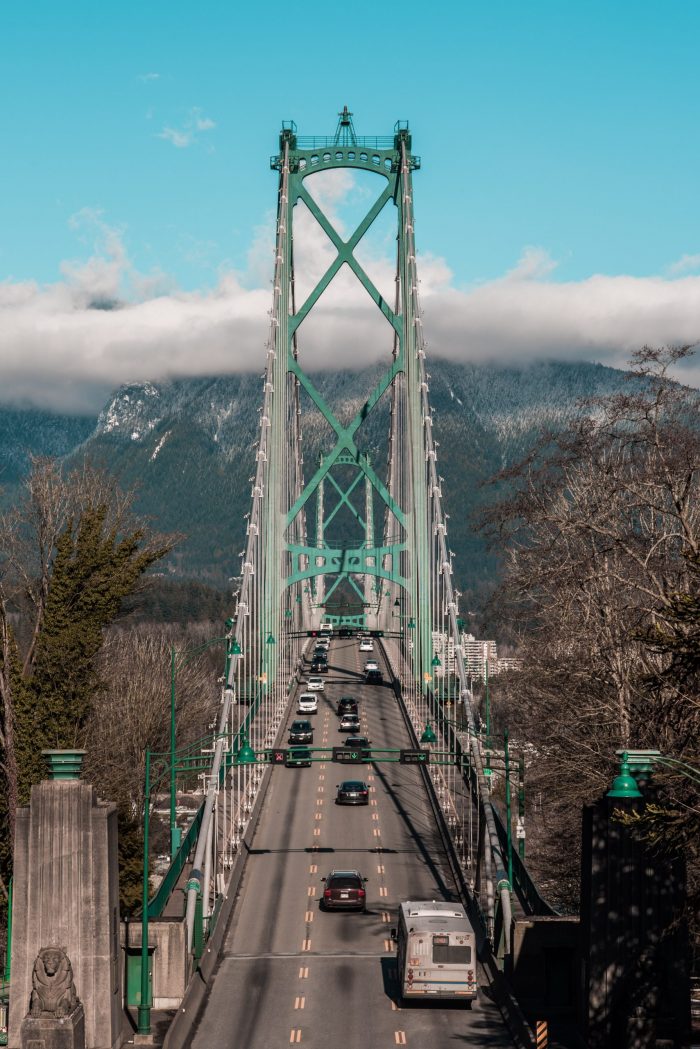 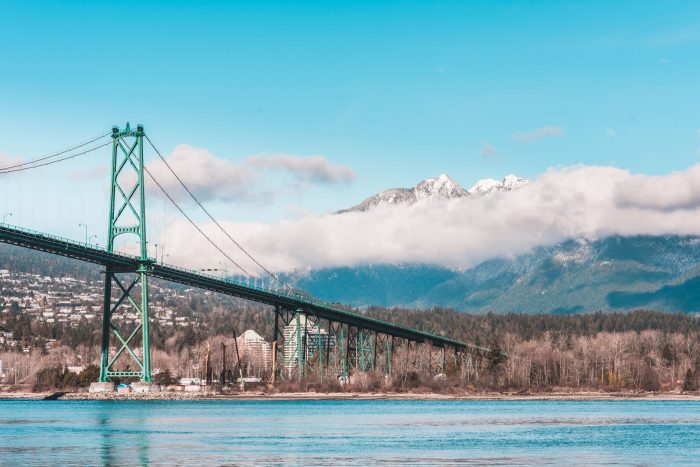 Taking pride of place at the end of the bridge are stately concrete lions created in deference to the West and East Lion peaks on the North Shore Mountains. But, the bridge battles continue as you’ll see in a letter from the lions’ Italian-born sculptor, Charles Marega:

“Thank God I have work now. I am modelling a lion for Vancouver’s suspension bridge. I had much trouble to get the work. The engineer is from Montreal and wanted the lion to be modelled in Montreal. But the president of the bridge committee, who is a long friend of mine, and his wife, who was a good friend of Mama’s, finally assigned the work to me. I would have preferred the lions to be in bronze or stone—but it has to be cheap, so they will be done in concrete, which annoys me, as I could have otherwise have made both lions from one model. However, I have to content myself to get work at all.”

Cheap concrete or not, AJ Taylor is so pleased with Marega’s sculpting, he hides a pair of his own baby shoes and a written description of the bridge-building saga inside one of the lions. Lions Gate opens to pedestrian traffic on November 12, 1938, and to cars on the 14th. But nothing is ‘official’ until King George VI and Queen Elizabeth I visit the next year in May.

Life is tenuous in the Depression, war is brewing, but Canadians are excited to welcome the Royals. Prime Minister Mackenzie King chronicles his journey across the country with the King and Queen.

…’The King was standing at the open door of one of the saloons; the Queen was beside him. His Majesty came forward, put out his hand to shake hands and expressed a word of greeting to the effect that he was glad to see me again. I said: ‘Welcome, Sire, to your Majesty’s realm of Canada.” The Queen then came forward and shook hands, and spoke of being pleased to be here. I said to her: “Welcome, Ma’am, to Canada.”

Their Majesties then began to speak of the regret that they had been delayed. I said we were so relieved that they had come through the fog and ice safely; that we regretted deeply the inconvenience and anxiety that had been caused. They spoke of the beauty of the St. Lawrence, and then the King made reference to conditions as they had experienced them in England. Said that for the last six months, they had been experiencing almost daily anxiety. That he could feel the difference being on this side.’

After an eventful tour through Canada, the Prime Minister and Their Majesties arrive in Vancouver to greet the crowds, tour the city, and officially open the bridge.

‘ We reached Vancouver at 10. The day had been very threatening earlier; heavy downpour of rain part of the time through the night and again in the early morning. It all cleared up as we reached the Station … The day in Vancouver was one of the finest of the whole tour. The city is beautifully situated. Everything is on a grand scale, magnificent in fact. Enormous buildings, wide streets, great parks.’

‘We had a drive of nearly 40 miles in all through the day. Excepting the parks and University which were very lovely, the streets were lined and at times crowded all the way. The troops looked well; decorations were splendid… Enjoyed going over Lions Gate Bridge after visiting the English townsite and recalled the controversy over the building of the bridge. Lord Southboro has given me a kind mention in the book published in relation to it.’

C.P. Detloff + W.B. Shelly – members of the Royal Visit Photo Pool – captured images of this 1939 Royal visit and bridge opening: the crowds lining up in anticipation, the Royal procession through the city and, finally, the flotilla that took the Queen, King and Prime Minister under the Lions Gate Bridge and towards Victoria.

You’ll find Detloff and Shelly’s photographic work in the City of Vancouver Archives. 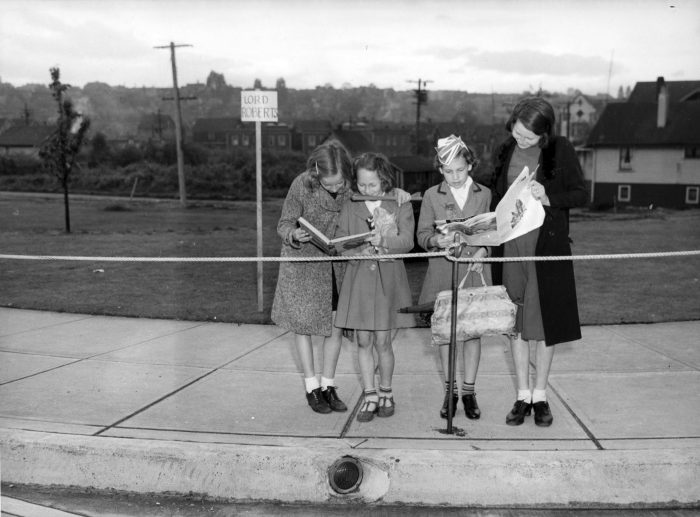 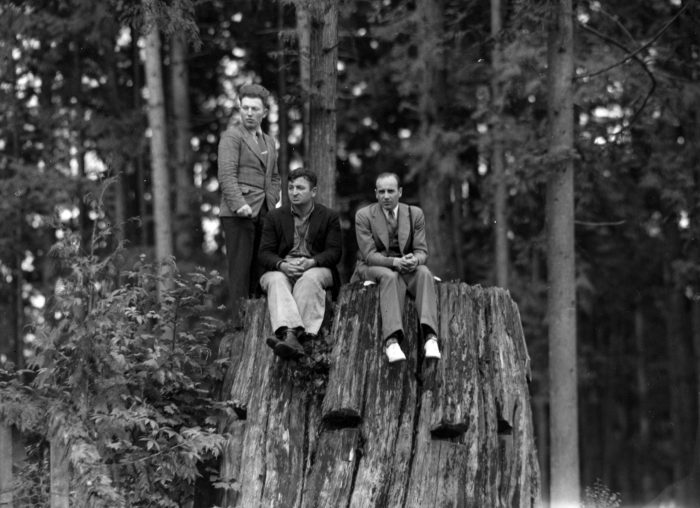 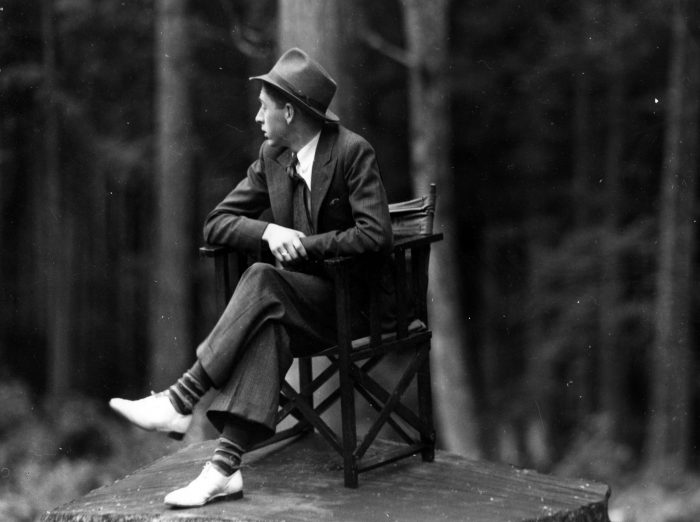 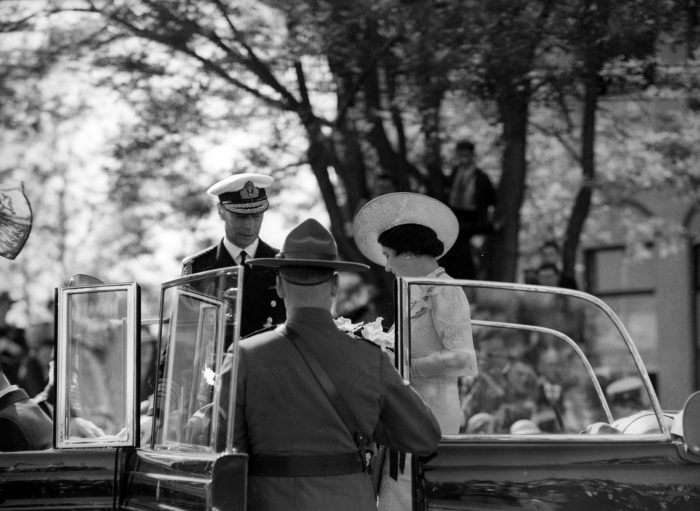 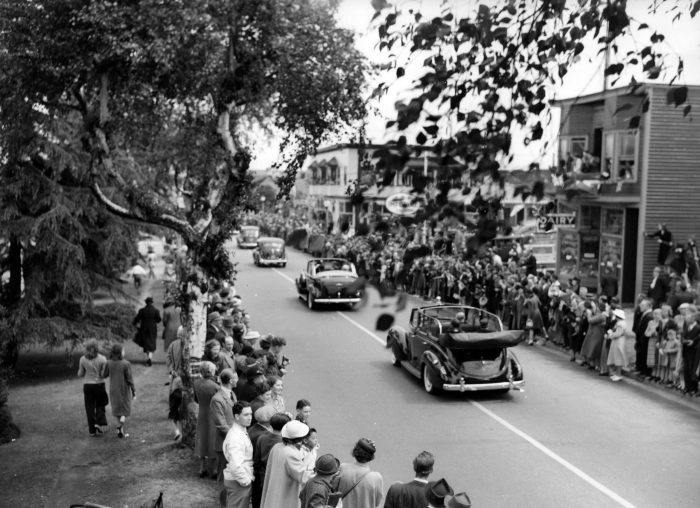 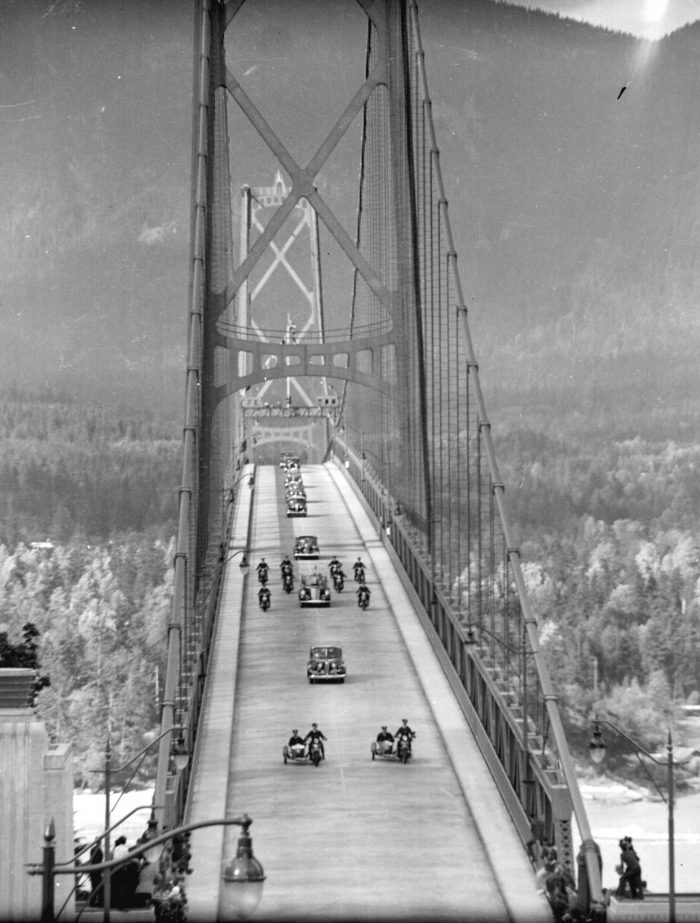 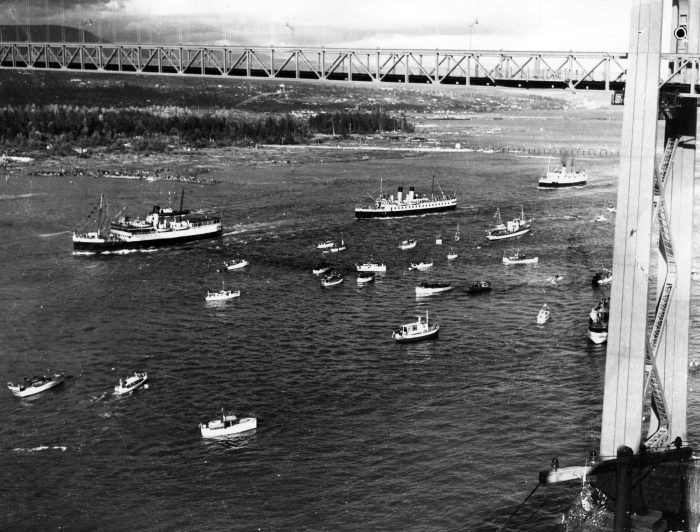