‘It’s hull near full, its sail soaked, the little toy
boat looked like it would sink.
How it missed the boy!’

Yet, in this wonderful 2007 board book – written by Randall de Sève and illustrated by Loren Long, whose drawings you know from The Little Engine That Could – the little Toy Boat, finds its strength, rides the stormy seas and makes its way back to the little boy.

Here in Vancouver, another little toy boat has been making an impressive journey of its own. Things might have been easier for our boat if it was made of ‘a can, a cork, a yellow pencil and some white cloth.’ Ours is made from white Italian Carerra marble.

This Classical Toy Boat was created in 1987 by Glenn Lewis, now over 80 years old and the 2017 Canada Council Laureate. Lewis – who was a notable figure in Vancouver’s 1960’s avant-garde movement – first launched his toy boat at the Sea to Shining Sea exhibit at the Power Plant Contemporary Art Gallery on the Toronto waterfront. His bow-soaked boat was then relegated to storage in Toronto, before being trucked out to the West Coast and stored in his yard under a tarp.

Lewis’ lonely boat was finally bought by the Belkin Art Gallery in 2009 and offered pond prominence behind UBC’s former Faculty Club in 2016.

“I couldn’t ask for a better sighting, really,” says Lewis in an interview with Keith Wallace, Curator of Outdoor Art at the Belkin Gallery. “I mean it’s in front of an Arthur Erickson Fifties’ building and a Cornelia Oberlander landscape. I mean it works so well. I think it compliments their work too; it brings it to life in more ways than one.’ 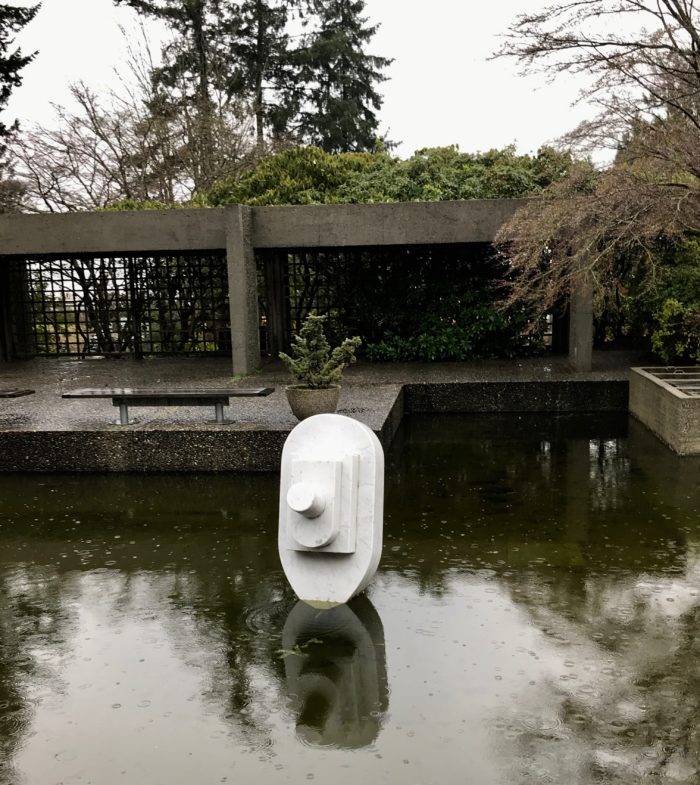 Over the years, Lewis has collected wooden toys. ”I have a double-winged airplane which I like very much. I have several canoes. I think I had a truck too.”

“I made a drawing. It’s a drawing of a wooden toy boat…kind of a more primitive one. I mean they’ve gotten a bit more fancy now, but kind of an archetypal one. I thought I’d make it in marble to give a monumental kind of feel to it, that would contrast with the idea of a toy boat…So, you immediately have a conflict there between the two types of things. By having it tipped up on its end like that – it’s poised there, ready to sink, but doesn’t sink. It creates this tension.”

Classical Toy Boat, Lewis explains, winks at modernism in its simplicity and classical sculpture with its marble.“Maybe one day, it will fall into the pond and sink!”

Here’s a silent video of the sculpture’s installation at UBC.

And here’s an Eve Madden film short following artist, Glenn Lewis, as he makes his way through the city. “I’m very curious about things,” says Toy Boat artist Glenn Lewis. “I’m curious when I’m outside. I take great pleasure when I’m walking along and I notice the things on the sidewalk, or in windows and other people’s hairdos and things.”

‘The boy held the boat by a string and every so often let it go. But the little toy boat always came back. It knew just where it wanted to be.’ 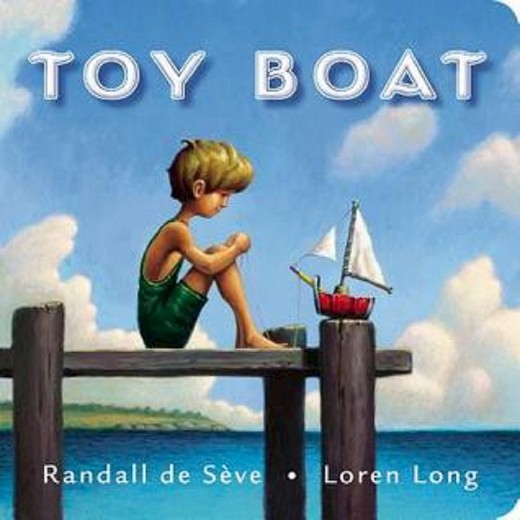